THE TELEVISION MUSICAL EVENT INSPIRED BY

IS SET FOR RELEASE ON DVD 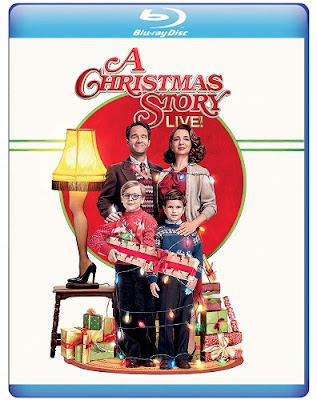 A Christmas Story Live! will also be available on Blu-rayTM courtesy of Warner Archive Collection on November 20, 2018. Warner Archive Blu-ray releases are found via wb.com/warnerarchive and your favorite online retailer.

The live musical event A Christmas Story, based on the Tony® Award-nominated Broadway production A Christmas Story: The Musical, is a three-hour live television production that originally aired on FOX. The musical is based on the motion picture A Christmas Story, which was written by Jean Shepherd, Leigh Brown and Bob Clark, and the novel, In God We Trust: All Others Pay Cash, which was also written by Shepherd. The now classic 1983 feature film, which became a sleeper hit, has since taken on a new life, along with growing critical acclaim, to become a perennial holiday favorite.

“A Christmas Story Live! is a hilarious and touching musical that perfectly captures the innocence of childhood and that sense of longing, and anticipation we have as kids in the days leading up to Christmas,” said Rosemary Markson, WBHE Senior Vice President, TV Marketing. She added, “A Christmas Story has become a holiday classic and now viewers can enjoy this treasured story in a whole new way, as an exciting, live television musical. If you’re a fan of seasonal television specials and movies, this is a title you won’t want to miss. We are delighted to bring A Christmas Story Live! to consumers this holiday season.”