Children's Musician - Laurie Berkner is Back! 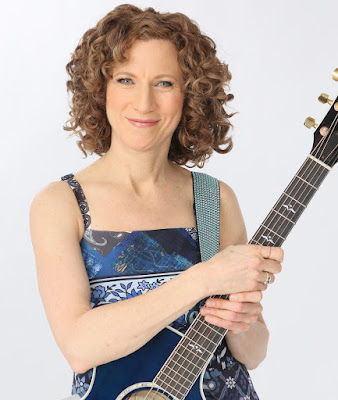 AND VIRTUAL BIRTHDAY PARTIES, TOO!

BIRTHDAY PARTIES STREAMED ONCE A MONTH

"The Adele of the preschool crowd."– The New York Times

Staying safe and sound inside? Legendary children's musician Laurie Berkner is here to help keep kids entertained. After taking a brief break, Laurie has resumed her LIVE "Berkner Break" concerts on a new schedule, and she'll celebrate birthdays once a month, too!

Families can join Laurie, direct from her house, for LIVE "Berkner Break" concerts, streamed free of charge on most Monday and Friday mornings at 11:00 a.m. Eastern Time on her Facebook page: HERE. Laurie offers an abundance of songs, playful movement activities, stories, and more in these half-hour shows, performing such well-loved favorites as “We Are The Dinosaurs” and “The Goldfish (Let’s Go Swimming)," plus educational earworms like “Waiting For The Elevator” (the title track of Laurie's most recent, NAPPA award-winning album) and “Look At All The Letters." Laurie creates an entire world of song and expression in which enthusiasm and respect for the growing child is front and center, with emotional development sitting right alongside intellectual development.

Additionally, once a month for the rest of the year, Laurie Berkner will give a free Facebook Live birthday celebration for kids who were born in that month – a party everyone is invited to! Laurie encourages families who are watching to decorate, just like she will, wear party clothes, and bake a special birthday treat to bring to the party.

"One of the most popular aspects of the Facebook Live concerts I've been giving since we all started staying home has been our birthday party celebration theme," says Laurie Berkner. "I want to make sure that every child who watches my livestreamed shows has a chance to have their birthday celebrated, so we are continuing the parties once a month for the rest of the year!"

Laurie's LIVE "Berkner Break" concerts will be presented on most Mondays and Fridays, except for Birthday Party show days. Laurie will also take a week off before and after each of her upcoming, full-length, virtual family concerts. These ticketed events include a "Dinosaur Beach Party" on August 9, a "Pajama Party" on September 20, a "Halloween Party" on October 31, and a "Holiday Party" on December 13. Find out more about Laurie's full-length concerts HERE.

Laurie Berkner has received tremendous critical acclaim. USA Today named Laurie "the undisputed queen of kindie rock." Time Magazine lauded her as "a kind of sippy-cup Sheryl Crow ... Berkner inhabits a kid's curious perspective in her lyrics and pens folk-pop melodies that bear repeated -- very repeated -- listenings." The Wall Street Journal called Laurie "one of the most popular children's performers in America ... her music is distinctive because it speaks to kids without talking down to them, charming youngsters without boring grown-ups." NPR's All Things Considered declared, "Laurie Berkner is like a goddess to these children."