Free Products from Simply Potatoes - U.S. - Made in a Pinch *RC

Book of Your Choice Listed in this Blog Post - U.S. - Somewhere Only We Know *RC 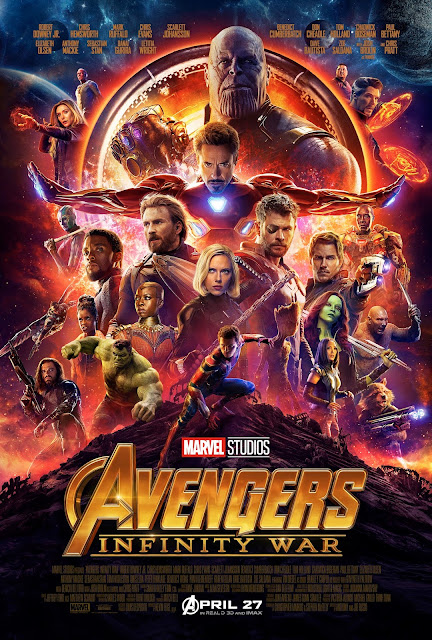 I CAN ONLY IMAGINE 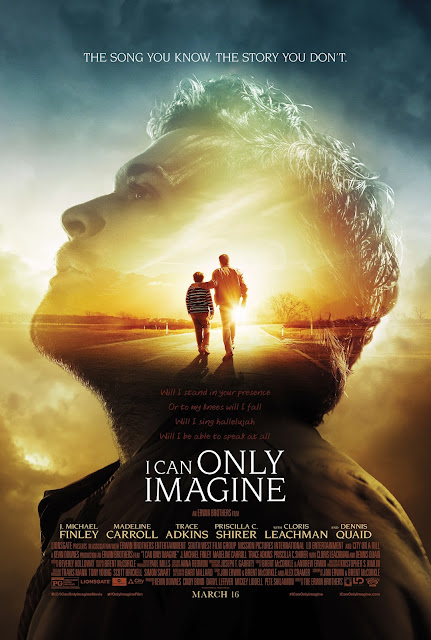 Lionsgate/Roadside Attractions’ release of the Erwin Brothers faith-based family drama I Can Only Imagine shattered pre-weekend tracking expectations to become #3 at the box-office this weekend and the #1 faith-based movie of 2018. The film took in an estimated $17,064,640 for a per-screen average of $10,475 from 1,629 locations in North America. The film received a rare A+ CinemaScore with an audience that was 67% female and 80% over 35.

Roadside Attractions co-president Howard Cohen commented, “When we first saw this incredibly well-crafted, emotional and moving film, we jumped on the opportunity to work with the Erwins and their team and our partners at Lionsgate on I Can Only Imagine. And we were not disappointed. This is Roadside’s highest grossing opening ever! With the trifecta of the song’s double platinum crossover appeal, the Erwin brothers success with such films as Moms’ Night Out and Woodlawn plus world-class talent like Dennis Quaid on board, we felt that the film’s inspiring story of hope and forgiveness made for a very compelling collaboration. With an A+ Cinemascore, we expect I Can Only Imagine will continue to play solidly through the Easter holiday and well into Spring.”

“Howard, Eric, and the team at Roadside are incredibly talented and resourceful partners,” said Lionsgate Motion Picture Group Co-Chair Joe Drake. “Their belief in this film, coupled with the vision of the filmmakers and our acquisition group’s ability to spot an amazing property, shows once again the vitality of the market for faith-based films.”

Producer Kevin Downes said, “We are so thankful to our amazing team and all the partners who worked so hard alongside us to get this story out.”

Andrew Erwin, co-director & co-editor added, “God’s hand has been on this song and on this story from the beginning. We are delighted to see a story about forgiveness and redemption connect with so many people. We are humbled for the privilege of telling Bart's story.”

Jon Erwin, co-director & co-screenwriter said, “We are amazed and humbled to see the response to this story. We set out to honor Bart Millard’s journey and the band’s amazing, life-changing song. It’s our privilege to watch this film engage in such a powerful way with the audience.”

Word of mouth, media attention, grassroots marketing and social media sharing drove audiences to the theater this weekend. Campaign highlights included coordinated field marketing and talent PR with a number of initiatives, including a partnership targeting MercyMe’s latest tour. The company also promoted the forthcoming film strongly on Christian radio and at faith-based events. Heading into the weekend, there were more than 130 million combined views on the film’s trailers and marketing materials online. Additionally, the I Can Only Imagine trailer was featured ahead of screenings of Lionsgate’s box office hit Wonder, which grossed nearly $300 million worldwide.

I Can Only Imagine is the latest faith-based film from Lionsgate following breakout successes including double Oscar® winner Hacksaw Ridge and The Shack. The film will be distributed through Lionsgate’s IDC joint venture in Latin America, where The Shack was a massive hit in Brazil.

I Can Only Imagine is the fourth feature for the Erwin Brothers, whose previous films included October Baby, Moms' Night Out and Woodlawn. The screenplay was written by Jon Erwin & Brent McCorkle from a story by Jon Erwin & Brent McCorkle and Alex Cramer. I Can Only Imagine was produced by Kevin Downes, Cindy Bond, Daryl Lefever, Mickey Liddell, and Pete Shilaimon. Travis Mann, Tony Young, Scott Brickell and Simon Swart served as executive producers.

I Can Only Imagine brings to life the true story behind the song of ultimate hope, “I Can Only Imagine.” A transformed relationship with his troubled father inspired Bart Millard, the lead singer of the Christian band MercyMe, to write what is now the most-played radio single in Christian music history. A gripping reminder of the power of forgiveness, I Can Only Imagine beautifully illustrates that no one is ever too far from God’s love — or from an eternal home in Heaven. 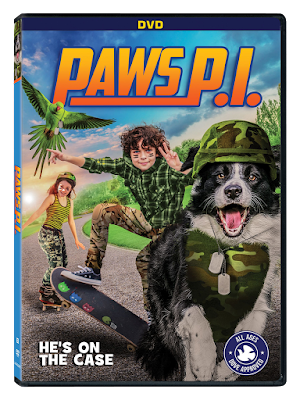 The paws-itively fun family adventure, Paws P.I., arrives on DVD, Digital and On Demand May 29 from Lionsgate.

Peter Williams and his dog, Jackson (voice by Jon Lovitz), are best friends and enjoy hanging out and skateboarding around town. But when Peter’s father Connor, a private investigator, is hired by veterinarian Katherine Worthington to help prove that her aunt’s will was stolen by her corrupt uncle, Peter, Jackson and a gaggle of animal friends decide to do some investigating of their own.

Find out if Jackson and his furry and feathered friends help put Katherine’s uncle behind bars. Approved by the Dove Foundation for all ages, the Paws P.I. DVD will be available for the suggested retail price of $14.98.


OFFICIAL SYNOPSIS
Funnyman Jon Lovitz highlights this family action-comedy as Jackson, the world’s first canine private eye! Jackson’s eager to help his pal Peter recover a missing will for Katherine, a hardworking veterinarian. To break into a mansion and retrieve the priceless document, Peter joins forces with his pretty neighbor Madison and her sassy poodle Cleo. With stuffy British parrot Peabody working surveillance from above, the human-animal squad battles bumbling henchmen to find the will and save the day.

Disclosure: I posted about Lionsgate's movie "PAWS P.I." because I wanted to. No other compensation was received or exchanged. The above information was provided to me by Lionsgate.

"The Greatest Showman" Movie is Now on Digital and Movies Anywhere!

Fans everywhere will have the chance to join the biggest musical celebration of the year in their own homes. 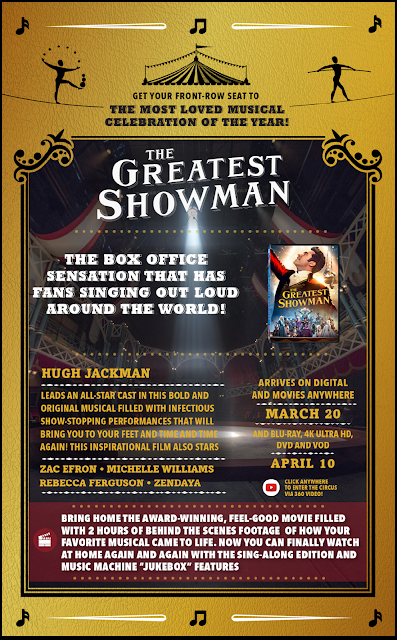 You can watch it again and again with the Sing-Along available on iTunes, Blu-ray and DVD.

The Greatest Showman will arrive on Blu-ray, 4K Ultra HD, DVD and VOD on April 10th!

Check out a Behind the Scenes of "The Greatest Showman" with Hugh Jackman:

Hoyle’s Card Games: Super Me! and Monkey May I? Two Copies of Each, One For You, One For a Friend - U.S. - GayNYCDad

How to Coach Girls swag pack including: One (1) copy of the book, branded hair ties and water bottle - U.S. - Here Wee Read *RC

Online Code for 2 Fandango tickets to see “I Can Only Imagine” - U.S. - My Devotional Thoughts *RC