Jane Green's latest book, Another Piece of my Heart and a Make-A-Wish Heart Bracelet - U.S. - Outnumbered 3 to 1 *RC

Hat from Aqua Red - Hanging Off The Wire

Illusion by Frank Peretti - book - U.S. - Hanging Off The Wire

Your choice of one of four fabulous Tiaras/Headbands (value $129.95 each) from USAbride - Manolo for the Brides

Romper from Baby Babushka - US/CAN - Does Mommy Love It?

Paper Wallets in design of your choice from the Series 3 wallets, or the Classic wallets (2 winners) - Hanging Off The Wire

The Perfect Pet for Peyton - children's book - U.S. - Housewife on a Mission *RC

CEB Bible - Hanging Off The Wire

Jar of Salsa Senorita of your choice - Networking Witches

5 Things I worry about raising my son and Worries For My Son's Future... 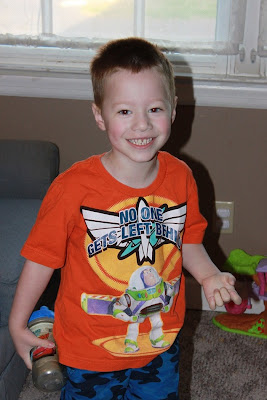 Today I came upon an article someone shared on Facebook called "5 things I worry about raising a boy." It got me thinking that while I may have normal worries of most parents with little boys, but I have more.

I have the same worries that other moms do, and more. My son Matthew is 4 1/2 and has some behavioral issues. We are working on it, but it's slow going. He is talking back, telling his sister to do things that we tell her not to, and his anger sometimes, it out of control. I feel like a bad mom because of his behavior, even though I know that I have very little to do with the way he acts. He likes to tease her too, and I don't like teasing. I have started to punish him for it, since doing it to him, he just laughs and thinks it's funny. So he doesn't understand yet that he can hurt other people's feelings by teasing them.

He has sensor integration disorder and possibly asperger's. He is currently in special ed PreK. I worry about him being able to attend school normally with other children, or he will have to attend a special ed kindergarten next year. His birthday is ONE day from the cut off day, but because he is attending PreK and because he is very book smart, they feel that going to kindergarten is the best solution for him. Social wise and book smart wise, he is ready, but his behavior and understanding of other people's emotions, could hold him back. He knows the alphabet, colors most kids don't know (black, white, peach, apricot, lavender, grey, and more, and his shapes (including oval, diamond, octagon, rectangle, hexagon, and a few others that I didn't knew that he knew about). He can count to 40 now, and recognizes numbers up to 40. We are working on addition and subtraction physically, not on paper, as to show him what addition and subtraction is before trying to get him to work on it on paper. He does puzzles really well and he recognizes patterns and how to put things in the correct pattens. He is already spelling 3 and 4 letter words. Most kids his age, from other parents around me with their children, can't do this. (If your child can, that's awesome!) He can also spell his own name! I just learned this today!

But I have more than the normal worries for my son that not all other parents have. I just want him to be able to attend school with normal children his age. This is my current goal for him, but if he ends up in special Ed kindergarten, then I am alright with that too. Then maybe, he will be able to attend a normal first grade class, and so on! A parent like me, with a child like Matthew, can only hope that he will learn to better fit in, and not have so many anger issues, not be so stubborn, and to not get so frustrated about the little things.

My children and I LOVE Chick-fil-A! They really love going and being able to play and eat their lunch at the same time! I especially like their Grilled Chicken Sandwich! I am almost six months pregnant, and their fried chicken sandwich gives me bad heartburn. It's really nice to know that I can eat something healthier for me and for my unborn child, and not have to sacrifice taste or flavor. (Plus it comes with lettuce and tomatoes!)  I also like that I can choose to have my grilled chicken sandwich without pickles, and with whatever sauce my heart desires! Build your own Chick-fil-A Nutritious Kid's Meal on Chick-fil-A.com! 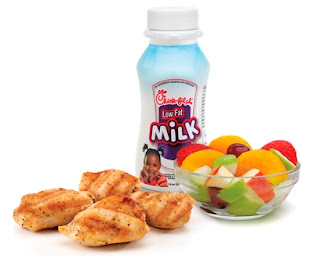 Above is my daughter's idea of a healthy lunch, but with the 6 piece chicken nuggets and small sweet tea instead! She also loves the grapes and sometimes eats the apples. I wish that Chick-fil-a had the choice of getting just a bowl of red grapes! That would make me and my baby girl very happy. 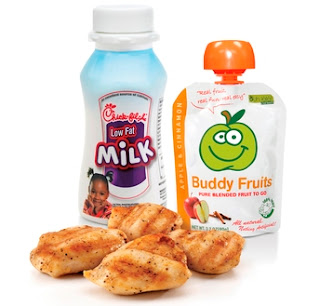 Above is another example of a nutritious Chick-fil-a Kid's Meal, but with a Buddy Fruits pack. Chloe hasn't gotten into the whole drinking or eating fruit out of these pouches yet. She tried one the other day, and didn't like it. But she was determined to make me spend one dollar on it for her at Walmart. She tried it, but didn't like it. To me, it tasted like strawberry applesauce, or baby food. It was alright, but different for someone who hasn't had it before.

Lace up your sneakers because the new Nutritious Chick-fil-A Kid’s Meals are going to help fuel active family fun! Spring is here and what better way to promote an active lifestyle, and enjoy the great outdoors than with some old school games for your family to enjoy. The Old School Fun blog app is now available with classic old school games for the family and a fun throwback quiz!

Take the Old School Fun quiz and share your results and your favorite old school activities from the blog app in a comment below! (Your comment will be used as an entry into the giveaway!)

Use the Rafflecopter Form below to enter this giveaway! Open to residents of the continental United States only. No P.O. Boxes, sorry. One winner will Win 3 coupons for three FREE Kid's Meals at Chick-fil-A!

2 month subscription to the Smooth Skin Care Club of the month from Naturally Me (Includes: 4oz All Over Butter, 6oz. Body Scrub, and Naturally Me Natural Bar Soap) - Hanging Off The Wire

Her first Starbucks drink!
(a chocolate milk frap, yes, they charged me $2.95 for the darn thing, and she only drank half of it.) 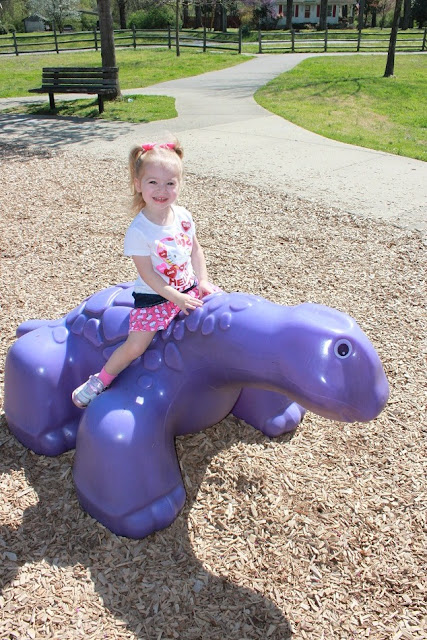 Riding a Dinosaur at a local park.
(Where did my baby go?)

Combination Padlock No. 1534D, from Master Lock - U.S. - The Adventures of Paul & Natalie

Sample pack of Somersault snacks - Hanging Off The Wire

$20 Gift Certificate to CrazyforBargains.com - U.S. - Piece of ME 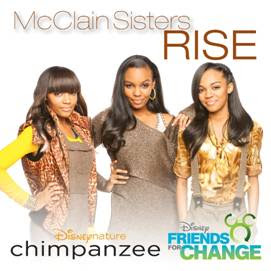 The newly released music video “Rise” from the McClain Sisters for Disneynature’s CHIMPANZEE is now available on YouTube: http://youtu.be/uxVeeqqAyf0

“We are thrilled to have China Anne, Lauryn, and Sierra, join our music family,” commented Executive Vice President of Disney Music Group, Ken Bunt. “They are three exceptionally talented young artists with a very exciting road ahead of them.”

McClain Sisters lead singer China Anne McClain is an acclaimed young actress who, in addition to starring in Disney Channel’s A.N.T. FARM, a role for which she received a 2012 NAACP Image Award nomination, also starred in the House of Payne television series and the movie The Gospel. The talented trio’s mounting popularity is evidenced by accomplishments such as the A.N.T. FARM soundtrack’s soaring debut at #29 on the Billboard 200, which includes tracks by McClain Sisters “Electronic Apology” and “Perfect Mistake,” as well as notable acting roles in the Tyler Perry feature film Daddy’s Little Girls and a recent performance for more than 72,000 at RODEOHOUSTON 2012.

"We are beyond happy to be joining the Hollywood Records family,” shared the McClain Sisters. “Music has always been a part of our lives and now we cannot wait to share our music with everyone.”

“Rise,” written and performed by McClain Sisters after being inspired by Disneynature’s feature film CHIMPANZEE, is the latest Disney Friends for Change anthem. With the motivating lyrics “Together we can do anything,” the song captures the central message of the program: when kids and families work together, they can inspire each other and their communities to make a lasting, positive change in the world. “Rise” is the fourth Friends for Change anthem to be released with a benefit back to the Disney Worldwide Conservation Fund. This contribution marks nearly $1 million awarded through the music campaign to charities working to protect the planet and conserve nature for future generations. 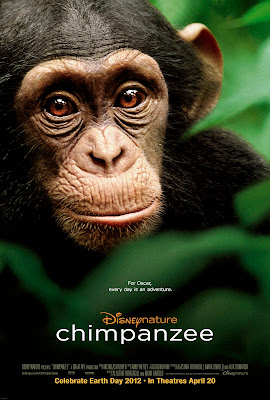 Veggie Tales- Robin Good and His Not So Merry Men DVD (@8pm) U.S. - My OKC Mommy

The Pioneer Woman, Food from my Frontier - autographed cookbook - A Full Day

Posted by Heather Kelly at 2:01 AM 1 comments

Onesie from Holly's Essentials - US/CAN - Does Mommy Love It?

How Not To Kill Your Baby - book - 5MinutesForMom.com