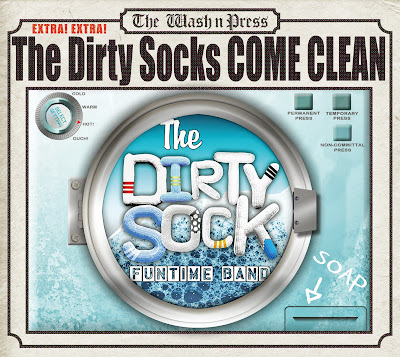 THE DIRTY SOCK FUNTIME BAND IS BACK!

with THE DIRTY SOCKS COME CLEAN

My children decided that running around the house and taking their socks off and throwing them in the air was the best way to dance around to The Dirty Sock's "The Dirty Socks Come Clean" song. They were having so much fun jumping around and trying to catch their socks and throwing them back up in the air! They were laughing and giggling, and just having a great time listening to the first song and the rest of the songs on the album. The songs are all in different styles.

The song "Garbage Bugs" will make you feel as though your sitting in your beach chair on a tropical beach somewhere, watching them sing the song to you. It takes me away from everything else going on in my world, and into another place in my mind that is calming, soothing, and relaxing. 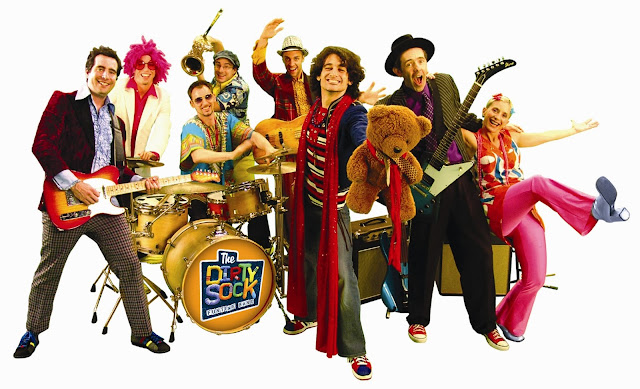 "The Dirty Sock Funtime Band: This band may have the perfect name for dancing feet. The group's music is a signature mix of rock, funk, hip-hop and country." -- The New York Times

"Don't let the wigs and bright clothes fool you: The Dirty Sock Funtime Band is the closest thing to arena rock that the New York kids' music scene has got." -- Time Out New York Kids

NEW YORK -- They're back! That wild Technicolor musical adventure known as The Dirty Sock Funtime Band is poised to hit the ground running with the October release of their all-new CD, The Dirty Socks Come Clean, featuring kids' music luminary Laurie Berkner as special guest.

The Dirty Sock Funtime Band burst onto the national scene when hits "Dino-Soaring," "Music Everywhere," and "No Good Reason Party" aired as music videos on Nick Jr.'s Jack's Big Music Show, demonstrating a fun, musically intelligent, and rocking side of the kids' music scene that few had experienced before. The band's high energy, thoroughly irresistible music has literally circled the globe through live performances at U.S. Navy bases in Europe, Asia, and the Middle East, along with wildly acclaimed outings from coast to coast in the U.S.

The Dirty Socks Come Clean gives kids the grooves to get them dancing, the stories to keep them listening, and a host of outrageous characters, with humor that's wild and crazy but never cloying. The stunning impact of the band's energy is balanced by the cleverness of its compositions and the smartness of lyrics that offer large words and large ideas. For parents, the songs are just plain good rock music, filled with hip, witty references and absolutely superb musicality.

Inhabiting a world where anything can happen, The Dirty Socks Come Clean runs an extraordinary gamut of musical styles, from "We're in Love," a bit of laid-back 1930s swing where kids' music superstar Laurie Berkner fronts the band with a "pitch perfect" girl singer lead, to the steel pan-drenched Caribbean calypso rhythms of Soca in the humorous "Garbage Bugs," to "I'm Hungry," where Eastern European flavors of gypsy and klezmer blend in a tantalizing dish of zany wordplay. "Hold of the Sun" offers driving vocals (with a tip of the hat to The Beatles) and a hot Stratocaster-type guitar solo, while the African-flavored "Danceology" offers an even hotter horn line that sizzles with pure dance music fever. The Dirty Socks Come Clean balances these energy blasts with several tender and heartfelt ballads like "Mama's Song," co-written by Chris Barron of Spin Doctors.

Known as the highest energy kids' rock band ever to break out of NYC, The Dirty Sock Funtime Band is an outgrowth of Kids Creative, a tremendously successful, non-profit rock 'n' roll peace education program for NYC kids in which, among other activities, schoolchildren write and perform original rock 'n' roll musicals. Since the establishment of Kids Creative in 2000, enthusiastic parents had been urging co-founders, brothers Stephen and Adam Jacobs, to make available to the general public the music they'd been writing for and with the kids. Notes Adam Jacobs, "We were writing music for our Kids Creative classes and distributing as many as six albums to families every year. We needed a name for the band in order to release our first album, The Search and Rescue of Genius Backpack, and Stephen came up with 'The Dirty Sock Funtime Band.' We played our first live show in March 2004, and the rest is history."


Disclosure: I received a copy of  The Dirty Sock Funtime Band: The Dirty Socks Come Clean Album on CD in exchange for me review post. No other compensation was exchanged or received.

Posted by Heather Kelly at 8:51 AM 6 comments

Winners of the Children's Music CD's Are: 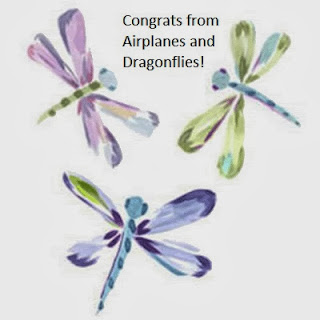 Winner of the Deep Sea Diver CD is: Debby Chandler

Winner of the Desert Island CD is: Stephanie King

Posted by Heather Kelly at 8:40 AM 0 comments 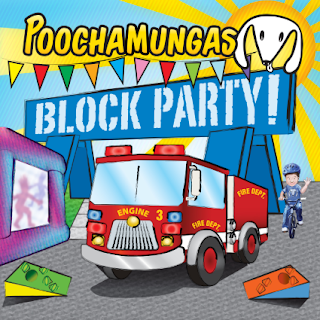 Most children LOVE to listen to music. I know that mine do! Especially music that is made for them with easy lyrics about things that children understand. We mostly listen to music when riding in our truck, to school, home from school, to the store, or when running errands. I also like to play music for them on school breaks and sometimes on the weekends when we are hanging out at home. It helps the children and I stay active, and get some energy out.

Poochamungas's song lyrics are rated G, for everyone. There is no hard rock, rap, or anything that you would need to worry about when your children are listening to their music. It's fun, easy to learn, great to dance to, and just overall, awesome! My four and six year old's favorite songs are: "Around the World," "Big Red Fire Engine/Truck," and "Imagination Train." To listen to these songs and other songs on their Block Party album, go to their website! 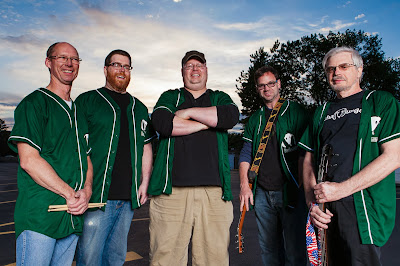 "Poochamungas, an Americana rock-n-roll outfit from the second city, rocks a clean electric guitar and a jumpy piano on their canine-centric self-titled track from their brilliantly named kindie debut, Mud, Mommies, and Mayhem." -- Jeff Bogle, Out With The Kids

"A great blend of blues, folk and Americana. With lyrics that talk straight to the kids and music sophisticated enough for the whole family to enjoy, Poochamungas will get toes tapping and bodies moving," -- Dave Loftin, The Saturday Morning Cereal Bowl

CHICAGO -- Led into action by a real-life, full-time Chicago firefighter, kindie rock band Poochamungas is all set to blaze a trail on the national scene with the September 17 release of their second kids'/family CD, Block Party!

Block Party! follows hot on the heels of Poochamungas' NAPPA award winning debut album, Mud, Mommies and Mayhem, continuing the band's tradition of "musically diverse, rockin', angst-free music." There's nothing pretentious about this group. Block Party! cooks up a down-home, musical celebration with friends and family. This CD is about fun and sharing good times, pure and simple.

The straightforward, uncomplicated musical charm of Block Party! harkens back to Poochamungas' firehouse origins, when John Joyce, a 17-year veteran of the Chicago Fire department, teamed up with fellow firefighter Pete Cunningham to see how far they could go with their musical talents. The pair had always enjoyed each other's company since their days together in the Chicago Fire Academy, and their mutual love of music soon began to consume a big part of their lives. In 2008, Poochamungas was born!

Block Party! revs up the fun-o-meter with "Around the World," a bit of rocking '50s style topped off by a driving honky tonk piano reminiscent of early Jerry Lee Lewis and Bill Haley, followed by a great action song about bike riding, "Till the Sun Goes Down." In contrast to the driving intensity of the first two numbers, "My Favorite Summer Day (Block Party)" is a kind of hometown, Americana nostalgic reverie of neighborhood good times from the perspective of a young parent -- something of a rock 'n' roll Rockwell. Another highlight, reflecting the band's firehouse connection, is a spiffy rhythmic ode to the fire truck, "Big Red Fire Engine/Truck." 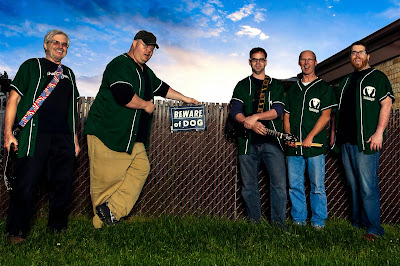 Disclosure: I received a copy of the POOCHAMUNGAS Block Party CD in exchange for my review. No other compensation was exchanged or received.

Pair of tickets to The Orange County International Auto Show at the Anaheim Convention Center at 800 West Katella Avenue in Anaheim, CA (5 winners) - all those things i love

Set of any five Clip board Cases of your choice - U.S. - USA Love List *RC 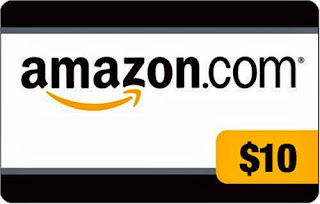 Enter for a chance to win a $10 Amazon Gift Code
on Coupons and Kids!

Use the Rafflecopter Form to Enter!
Giveaway Ends 9/30.
Open to U.S. Residents only. 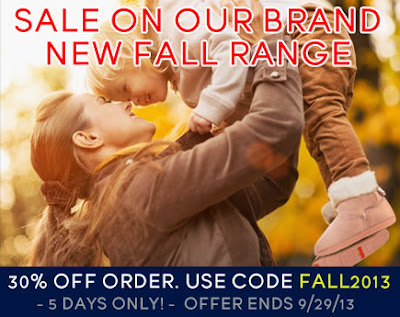 Go to ShooShoos now to order some shoes for your little ones! 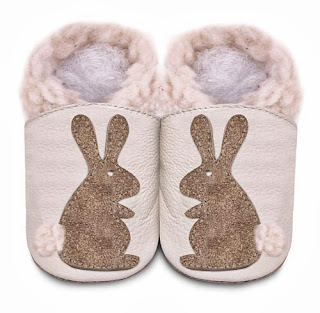 Posted by Heather Kelly at 7:52 AM 0 comments

Disclosure: The below content is sponsored by Sanofi Pasteur’s Headfirst! Expert Advice on Lice campaign on behalf of Mom Central Consulting. I received a promotional item as a thank you for participating.

Did you know that at any point, one to three percent of children in elementary school may have head lice? During an outbreak, that number may be as high as 25 percent. As the school year begins, turn to ExpertAdviceOnLice.com for tools and tips on finding, treating, and talking about lice. The Headfirst! Expert panel has the information to arm all parents should they have to battle head lice!

Posted by Heather Kelly at 7:35 AM

Two Tickets to see The Clean Guys of Comedy tickets to the Thursday, September 26th show at 7:30pm show at Regal Eagan or Regal Brooklyn Center theaters in Minnesota - The Review Stew *RC

Natural Miracles Product of your choice - U.S. - Hanging Off The Wire *RC

$50 GC toward a purchase at the Super Duper Publications website - U.S. - The Simple Moms *RC

One Clothing item from the eSkakti Fall Collection - U.S. - Having Fun Saving *RC

Winners of TWO Giveaways Are: 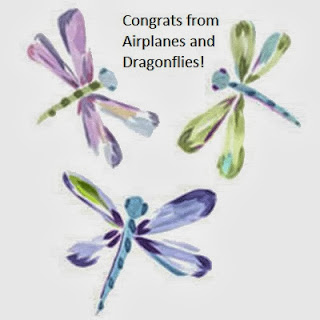 Winner of the Size 5 LUVS Diapers is:
Stephanie King

Winners of the 4-pk. of tickets to see Disney on Ice
in Nashville, TN are:
Taryn Pasco and Sherry Durham

Posted by Heather Kelly at 8:34 AM 0 comments

Recess Monkey's "Desert Island Disc" - U.S. - Airplanes and Dragonflies *RC
Own It and Grace Unplugged - books - US/CAN - Living (the best of) Life in My Dreams *RC

Tiltpod by Gomite, for iPhone 5 - US/CAN - Does Mommy Love It 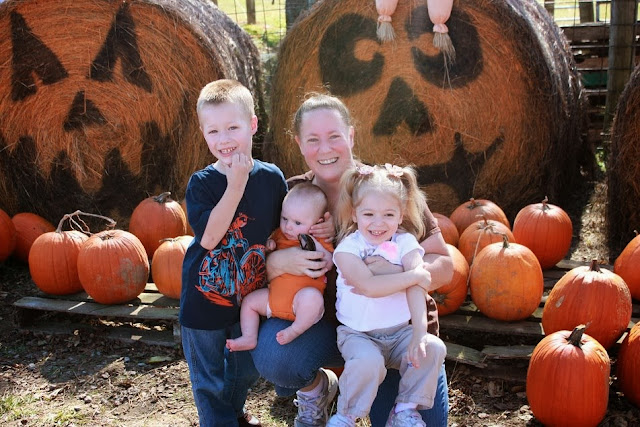 The leaves here in Tennessee started changing about two weeks ago, and the weather during the day is cooler, and in the 50's at night now. The photo above were of my children and I, and the second one below is of Hailey when she was about three months old. We need to aim for a great photo this year! 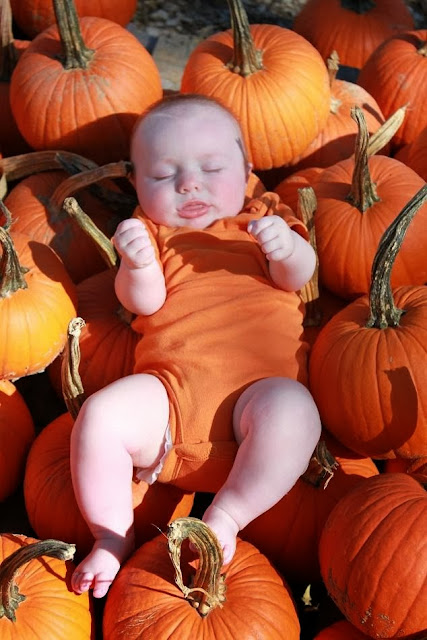 Posted by Heather Kelly at 4:47 AM 0 comments

One Year of Back-Up from Carbonite - U.S. - gaynycdad

Pair of Tickets to The Mother of All Baby Showers event in South Florida (3 winners) - U.S. - April Go Lightly *RC

Grace Unplugged and Own It: Leaving Behind a Borrowed Faith - books - U.S. - Our Village is a Little Different *RC

Family 4 Pack of Tickets to see Disney on Ice at the Bridgestone Arena in Nashville, TN (2 winners) - Airplanes and Dragonflies *RC

Nature Recycles How About You? - children's book - U.S. - Chat with Vera *RC