I am now a DoTerra Essential Oils Consultant! My family and I have been using them for a few months now, and I've noticed a change in all of us.

My seven year old son has high functioning asperger's syndrome. He also has a lot of trouble focusing in class. About two months ago, a friend of mine told me about DoTerra's InTune essential oils blend and how it's helped her daughter. So I decided to purchase some from another friend who started selling DoTerra about four or five months ago.

Every morning I put InTune on the back of my son's neck, some under his big toe and a put a little on the soles of his feet. He has made huge improvements in school and on focusing in class. He has gone from making U's in 1st grade, to making S's! He hardly ever comes home with a U or N on his papers anymore! He hardly ever goes into his own world when he's in class anymore. He's had one day in the last sixty days that he had trouble. Do you want to know why he had problems? Because I completely forgot to put InTune on him!

I believe that using essential oils is right for our family, and for your family too! Please check out DoTerra and message me on my link or at mysticbutterfly37 at yahoo.com with any questions you may have. I am still learning about them, but I believe that in a few months, our family will be completely medicine free! 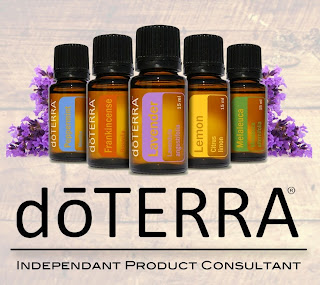 Giveaways With Over 180 Entries, but under 500:
Valencia Photo Frame - All 50 U.S. States - Thirty Something Super Mom *RC 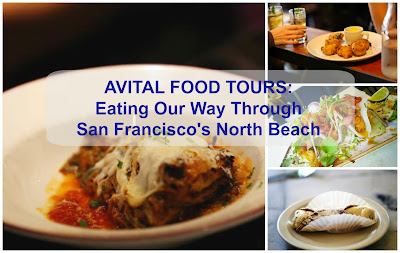 Enter on Independent Travel Cats for a chance to Win TWO (2) complimentary tickets to a food tour in San Francisco of the winner's choice through Avital Food tours.

The tickets do not have an expiration date (so the winner can use them 2 or 3 years from now if they wish).

"Side Trip to Kathmandu" by Marie Moore (cozy mystery) - All 50 U.S. States - View from the Birdhouse *RC

Giveaways With Over 180 Entries, but under 500:
Coupon for Free Dial Babies Body Wash or Hand Wash - U.S. - Kids and Deals *RC

Prize pack including a Cuisinart Smart Stick Hand Blender and an assortment of Libby’s products - U.S. - A Frugal Friend

Everything You Ever Wanted - book - U.S. - Finding Delight

Fandango, the nation’s leading digital destination for moviegoers with 36 million unique visitors per month, launched today a new original video series, “I Love Movies” featuring pop culture influencers outside the film industry sharing meaningful movie memories throughout their lives. Guests will include athletes, musicians, television personalities, innovators and others, talking about iconic movies from all genres such as “The Sound of Music,” “Rocky,” “Finding Nemo,” “The Spy Who Loved Me,” “The Naked Gun,” “Purple Rain,” “National Lampoon’s Christmas Vacation,” and many more.

“The influence of movies on our culture is far reaching and personal, as we all have favorite film memories,” said Fandango Chief Creative Officer and series creator, Sandro Corsaro. "With our series, we sought out a wide array of notable personalities to uncover why they love movies. The stories were surprising and unexpected, and we’re excited to share how the power of movies helped shape the paths of some extraordinary people. There is incredible relevance and authenticity to this series that we know will resonate with our audience."

“I Love Movies” is the first original series to be produced under the company’s new video brand, Fandango Movieclips, which was formed after the successful acquisition of Movieclips, the largest movie trailer and content network on YouTube, in April 2014. Since Fandango’s acquisition, Movieclips subscribers have increased by 49%, adding 3.2 million to its network of more than 9.8 million subscribers. Video views are also up 71% year-over-year, with an average of 350 million video views per month. Over the past year, the Fandango Movieclips team has published more than 6,500 movie trailers and original videos to its digital network, including over 200 exclusive trailers.

The series will be supported by a summer-long promotional campaign celebrating the joys of moviegoing. The program will feature celebrity pro-social events, VIP movie screenings, summer festival sponsorships, social media activations and widespread television advertising. Fandango will also be giving away a year’s worth of free movie tickets, every day throughout the summer.

About Fandango
Fandango, the nation's leading moviegoer destination, sells tickets to more than 26,000 screens nationwide. Fandango entertains and informs consumers with reviews, commentary, celebrity interviews and trailers, and offers the ability to quickly select a film, plan where and when to see it, and conveniently buy tickets in advance. For many theaters, fans can print their tickets at home or receive them as a paperless Mobile Ticket on their smartphones. Fandango's top-ranking movie ticketing apps, with 46 million downloads, are available on the iPhone and iPad, Android, and many other platforms. Fandango is enjoyed by more than 36 million online and mobile visitors each month, according to comScore. Film fans also find Fandango on Facebook at www.facebook.com/fandango and on Twitter @Fandango.


Disclosure: I will receive a fandango gift card in exchange for this post. No other compensation was exchanged or received.

Wear the Cape Prize Bundle: Favorite T-Shirt for Adult and Child and On a Mission Tote Bag - U.S. - The Mommy Factor *RC