16x20"/40x50cm canvas print with your choice of image either uploaded by winner or chosen from one of the images at the Canvas Factory - U.S. - A Fireman's Wife *RC

Posted by Heather Kelly at 3:39 AM 0 comments

Neon Street Rollers (Strap the skates to your shoes and go!) - U.S. - Mommy of Three *RC

Disclosure: I received one copy of Paddington 2 on Blu-Ray from Warner Bros. in exchange for my post. No other compensation was exchanged or received.


Own Paddington 2 on Blu-ray Combo Pack and DVD on April 24, or Own It Now on Digital! 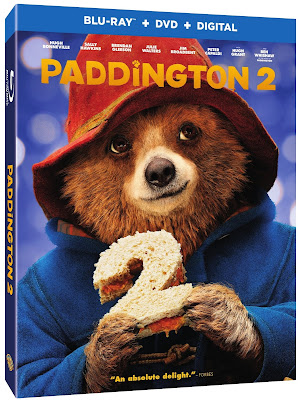 About the movie:
While searching for the perfect present for his beloved Aunt Lucy’s hundredth birthday, Paddington sees a unique pop-up book in Mr. Gruber’s antique shop, and embarks upon a series of odd jobs to buy it. Hilarity and adventure ensue when the book is stolen and Paddington and the Browns must unmask the thief.

My Review:
Paddington 2 is a cute movie! Lots of heart warming, funny, and more moments! I felt it was more G rated then PG. The pink uniforms are so adorable when Paddington spends a short time in jail. It's really cool how they brought in the steam trains! I grew up loving trains because my father loved trains. Paddington wants to purchase a cute pop-up book for his Aunt Lucy's birthday, but the book gets stolen because it happens to have some code inside that is the code to some treasure locked inside of an organ on a train. Paddington 2 does not disappoint! It's a movie that the whole family will enjoy! Make sure to see the first Paddington movie before you see this one. 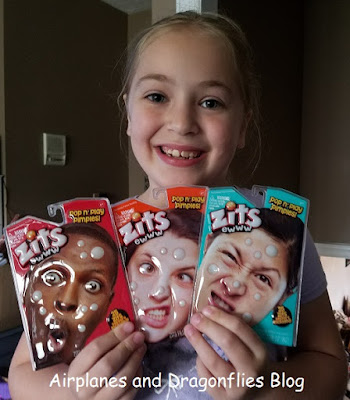 My Review:
The back of the Zits are easy to peel off. They stick to your skin and other surfaces, but they aren't so sticky that they leave residue behind! So if your child sticks them onto a wall, table, etc., they are easy to peel off! When I first put one on my daughter's arm, we had trouble trying to pop the Zit. So I played around with one and figured out that I had to look for an area of the Zit where you could clearly see that the liquid inside is closer to one of the edges of the Zit, and that's where you need to push all of the Zit slime stuff towards. When you do this, the plastic breaks open and out comes the Zit! It feels like a slimy booger!

I asked my almost nine year old daughter what she thought about Zits. She said that they’d be a lot more fun with friends or to play with at a birthday party. She said she’d even spend her allowance on them! She’s usually super picky about what she spends her own money on too. As she tries to get the most for her money when she has cash or gift cards to spend.

My girls have been playing with their Zits on and off for days! Sometimes they come downstairs from their bedroom just to show me the Zits on their faces. They are so silly!

Check out our personal photos and short video below! 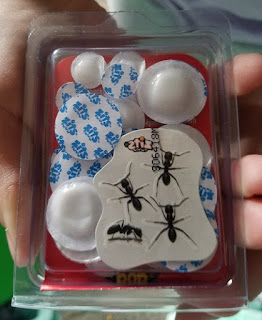 Each package of Zits comes with FREE Removable Tattoos! 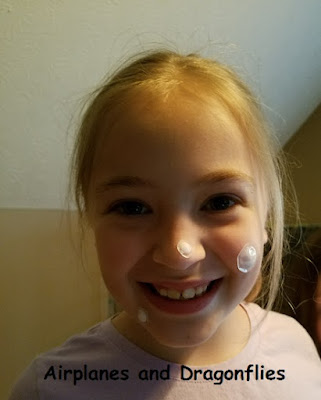 How To Play With ZITS:

Product Information:
First came the whoopie cushion, then stink bombs, fake vomit, slime and poop emoji toys. Now New York City’s NSI International, Inc. is taking “gross” to a whole new level. Introducing Zits(EWWW!) pop n’ play pimples. Just press them on, squeeze ‘em, and gross out everyone!
“Kids have loved anything disgusting since the beginning of time,” says NSI President Frank Landi. “Whoopie cushions date all the way back to medieval times, and plastic poop has been around since the 1950s. Every generation has its own spin on gross toys. We wanted to go where no toy has gone before and still be fun! So, ‘we got Zits!’”

In searching for the next big thing, NSI turned to a massive cultural trend – a social media fascination with pimple popping. Hundreds of millions of viewers around the world are tuning into platforms like YouTube, Facebook and Reddit to watch people pop zits. There are even celebrity zit poppers. One dermatologist, dubbed “Dr. Pimple Popper,” has 3.2 million YouTube subscribers and almost 1,000 videos, with a staggering 2 billion views.

Zits pop n’ play pimples aim to move to the “whitehead” of the pack, disrupting a potty-crazed toy market that has brought kids everything from cuddly plush poop to electronic fart blasters. Now, Landi says, “It’s the pimple’s time to shine.”

“With slime hotter than ever, we thought it was the perfect time to create the ultimate toy mash-up – adding some play compound to the thrill of pimple popping and the satisfaction of popping bubble wrap,” Landi says. “The result is the most disgustingly amazing toy ever.” 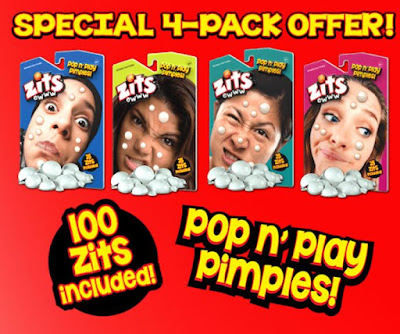 Zits pop n play pimples are safe and non-toxic. They come in several sizes and are being sold in a massive pack of 100 for $19.99 at IGotZits.com. They are currently available to purchase at Walmart and other major retailers and will be sold in packages of 25, with an MSRP of $4.99.

Disclosure: I received some Zits of my own to review and in exchange for this post, I will also receive a small financial compensation from a PR agency. Some of the photos above are my own, and some of the photos are from the Zits website.

Signed copy of "Beyond a Darkened Shore" by Jessica Leake - U.S. - That Artsy Reader Girl *RC