The Beguiled Gift Pack (wine glass, tattoos, journal) (You can also print out Free Tickets to Portland Screening of The Beguiled on Tuesday, June 27) (5 Winners) - Portland, OR, or near there - Merlot Mommy *RC

Enjoy your day off! I can't find any giveaway! 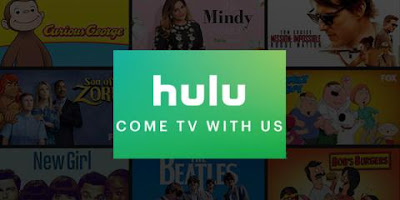 If the father in your life is a TV lover, you can get him the gift of a month of Hulu and get paid to do it. Thanks to an offer through Swagbucks, you get $20 (paid in the form of points called SB) for trying Hulu for a month. That will cost you $7.99, so you're making $12 on the deal!

Hulu has tons of current and classic programming, movies, brilliant original series, and more. Here's how you do it:

Haven't tried Swagbucks yet? They're a site where you earn points (called SB) for doing things like online shopping, watching videos, taking surveys, and discovering deals and services you might like to try (like Hulu!). You then take those points and turn them into free gift cards to places like Amazon, Starbucks, Walmart, Target, or PayPal cash.

Posted by Heather Kelly at 8:51 AM 0 comments

Four (4) tickets to Hersheypark (Passes are good for one day and valid for the 2017 season) (@10:59pm CST) - Hershey, Pennsylvania, or near there, or visiting PA this year! - The Latina Homemaker *GT

Family 4 pack of Tickets to see Monster Jam in Nashville at Nissan Stadium (@7am CST) - in or near Nashville, TN - From Downriver to Downright Country *GT


Over 250 Entries:
Anatomie Travel Pants - US/CAN - Getting on Travel 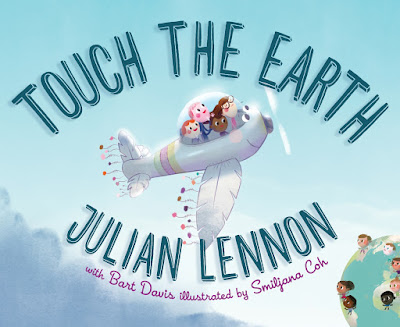 Touch the Earth is a sweet children's book by the one and only Julian Lennon. As a photographer, musician, Grammy Award Nominee, an environmentalist, and now, author–he wants to share his message with children around the world.

Jump aboard the White Feather Flier, a magical plane that can go wherever you want. Just press a button printed on the page, and point the plane up in the air to fly, or down to land it.

The Flier’s mission is to transport readers around the world, to engage them in helping to save the environment, and to teach one and all to love our planet.

Fly to the top of a mountain. Send clean water to thirsty people. Dive deep into the ocean (the Flier turns into a submarine!) to pick up pollution and bring back the fish.

Explore the planet, meet new people, and help make the world a better place.
An inspiring, lyrical story, rooted in Lennon’s life and work, with beautiful illustrations that bring the faraway world closer to young children.

The book includes words to a special poem written by Julian Lennon, specifically for Touch the Earth.

Touch The Earth is the first book in a planned trilogy.

A portion of the proceeds from books sales will go to support the environmental and humanitarian efforts of the White Feather Foundation.

Praises for Touch the Earth:

“When a book takes you on an adventure, it’s a good thing and allows you to think about something in a new way. When a book also reminds us how to treat what we have, it’s even better because it’s a win win. That’s exactly what Julian has done with his book. . . . He’s given us a win win.”
—Whoopi Goldberg

“I’ve always admired Julian Lennon’s singing, because for all he has seen of the world, his melodies contain such childlike wonder . . . his words, too. Buy this book, and his words turn into actions.” —Bono

About the Author:
Julian Lennon is a Grammy-nominated singer-songwriter, photographers, documentarian and philanthropist. Born in Liverpool, England, Lennon is an observer of life in all its forms developing his personal expression through his artistic endeavors. In 2007, Lennon founded the global environmental and humanitarian organization the White Feather Foundation whose key initiatives are education, health, conservation and the protection of indigenous culture.

Bart Davis is an international bestselling author of novels and nonfiction books. His most recent is
"Black and White--The Way I See It," the biography of Richard Williams, father of tennis champions Venus and Serena Williams. He has also written two feature films and a wide range of print articles. Davis lives in New York City.

About the Illustrator:
Smiljana Coh is an artist who studied film animation, and combines traditional and digital illustration techniques in her work. She has illustrated the picture books "I Want to Be a Ballerina," and wrote and illustrated "The Seven Princesses." She lives in Croatia and can be found online at www.cohillustration.com/.

My Review:
Touch the Earth is a children's book that teaches children about the earth and clean water. It also teaches them about how we get clean water to other countries. We need to teach this to our children so that they understand that our earth and water are precious, and we need to treat them as such. The illustrations are beautifully done. The poem at the back of the book is really good, almost like a song.


Disclosure: I received one copy of "Touch the Earth" children's book from Sky Pony Press in exchange for my post. No other compensation was exchanged or received.

Disclosure: Warner Bros. Home Entertainment provided me with a free copy of the Blu-ray I reviewed in this Blog Post. The opinions I share are my own.

Unleashing The Power Of The Animal Kingdom
Now available to purchase. 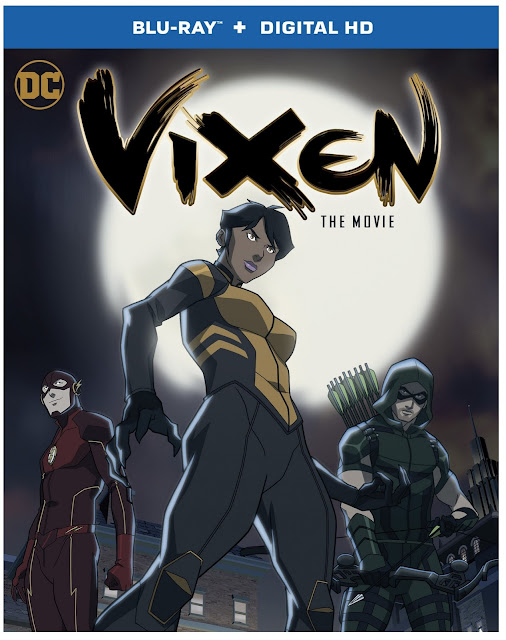 VIXEN: The Movie combines the first two seasons of the CW Seed digital series into a single uniform story and includes 15 minutes of all-new, never-before-seen content. The special features include a brand new featurette and two Vixen-focused episodes of Justice League Unlimited handpicked by Bruce Timm. 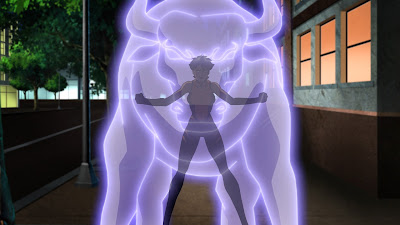 Synopsis:
Originally from Africa, Mari McCabe grew up an orphan after her parents were killed by local greed, corruption and wanton violence. But Mari refuses to succumb to the terrors surrounding her. Inheriting her family's Tantu Totem, Mari can access the powers of animals – anything from the strength of a gorilla to the speed of a cheetah. As Vixen, she fights valiantly to protect the world from threats like those that claimed her family.

“VIXEN: The Movie gives fans the action sequences and the characters that they all fell in love with in Arrow and The Flash,” said Rosemary Markson, WBHE Senior Vice President, Television Marketing. “We are very excited to release VIXEN: The Movie for fans of the hit series and DC collectors, featuring never-before-seen content available exclusively to owners of the Blu-ray, DVD or Digital HD.”

With Blu-ray’s unsurpassed picture and sound, VIXEN: The Movie Blu-ray release will include 1080p Full HD Video with DTS-HD Master Audio for English 5.1. The 1-disc Blu-ray will feature the Blu-ray disc and a Digital HD copy of the movie. 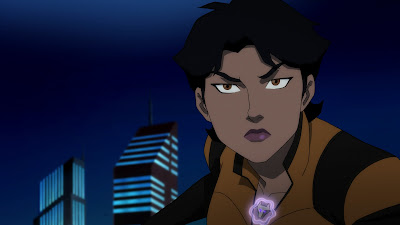 From executive producers Greg Berlanti, Marc Guggenheim and Andrew Kreisberg, Warner Bros. Home Entertainment brings you the animated feature, VIXEN: The Movie is now on Digital HD, and on Blu-ray (including Digital HD copy) and DVD on May 23, 2017. 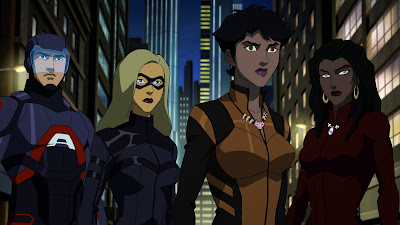 My Review:
Grant Gustin from the TV show, The Flash, does the voice of The Flash in Vixen: The Movie! We LOVE The Flash! So this was a real treat for us! We even got to see Star Labs! The Flash and Arrow are trying to help Mari. But she thinks that she doesn't need their help. There's an unusual African necklace around her neck and someone tries to steal it. Mari just wants to find out where the necklace came from. Her sister kidnaps Mari and takes her to Africa and tells her the story about the totem necklace around her neck. Mari's sister explain that she was made the guardian of the totem. Mari's sister tries to kill her in order to take the necklace back. But Mari fights her sister and gets it back! She's became a superhero! Cisco from The Flash, named Mari, Vixen! Mari looks into getting a job at the local zoo. Purchase Vixen: The Movie the find out more and how it ends!


Own on Blu-rayTM and DVD Today!

At Home in the World: Reflections on Belonging While Wandering the Globe - book - U.S. - A Delightful Glow *RC

Family 4 pack of Tickets to see Monster Jam in Nashville at Nissan Stadium (6/19 @7am CST) - in or near Nashville, TN - From Downriver to Downright Country *GT

Gift codes for Two pairs of Haggar pants from the Haggar.com - U.S. - GayNYCDad

One month subscription to MyButterflyBox.com - U.S. - In Due Time *IG