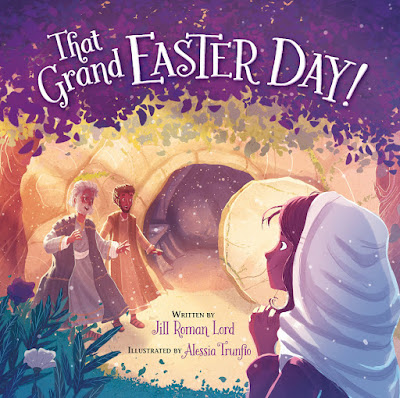 About the book: “What happened the day the stone rolled away? That Grand Easter Day! answers that question, beginning with the stone that blocks the tomb and building from there, imagining the people, animals, and things that played a part in the first Easter ever. The captivating art adds life to the story, which builds on itself with each turn of the page, right up to the grand moment when the tomb is empty and Jesus is alive!” (Hardcover picture book; ages 4 to 7)

Review:
"That Grand Easter Day" is written somewhat like a book called "The House That Jack Built" in that it keeps adding the the first sentence about "This is the place where Jesus Christ first lay before he arose on that grand Easter Day!" Then it goes on to talk about the stone, and the guard, the women coming to pour perfume on Jesus's body and of course, the disciples. "That Grand Easter Day" is a great, easy way to explain to children how Jesus rose from the grave after he was laid to rest in the tomb. The words rhyme which makes it super easy for children to understand the story.

Enter using the Giveaway Tools form for a chance to Win your own copy of "The Grand Easter Day!" Children's Book! Giveaway is open to residents in the main 48 continental United States only, 18 years of age or older. Giveaway ends 2/25/18.

Disclosure: I received one copy of "The Grand Easter Day!" book in exchange for my post from Worthy Publishing. No other compensation was exchanged or received.


*If I find more, I will add them. Please check back later.

The Secret Life of Mrs. London (paperback) - All 50 U.S. States - View from the Birdhouse *RC

The Best of Elmo 4, Coming to DVD February 13th!

THE BEST OF ELMO 4 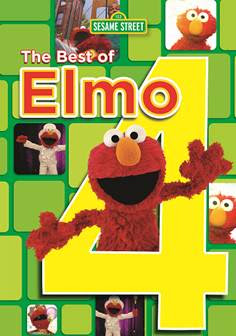 He is furry, red and loves to laugh; he is everyone’s favorite friendly monster; he is Elmo, and he is back for the fourth installment of his best moments on Sesame Street! The Best of Elmo 4 will be brought to DVD by Warner Bros. Home Entertainment and Sesame Workshop on February 13, 2018. The Best of Elmo 4 will feature two hours of stories, songs and silliness – which means hours of fun for little monsters everywhere. Available to own for $14.97 SRP, The Best of Elmo 4 also includes an episode from Season 47 of Sesame Street and an animated storybook, Elmo Loves You.

On The Best of Elmo 4, Elmo is back with hours of fun for his biggest (and littlest) fans. Join your favorite friendly monster for a trip down memory lane to revisit some of his best Sesame Street moments. But in Elmo’s World, wherever there is fun to be had, there are also lessons to be learned! In Elmo’s Sweet Ride, a -new episode from Season 47, Elmo teaches patience and sharing when he lets his pal Zoe take a ride on his scooter, waiting his turn while she practices and learns how to ride.

Elmo also makes some new friends along the way! He learns what it means to be enthusiastic from Mindy Kaling (The Office, The Mindy Project) when they dance with their friends, the chickens; he learns why skin comes in all different textures and shades of color from Lupita Nyong’o (12 Years A Slave, The Jungle Book, Star Wars: The Force Awakens); he throws a fiesta with Viola Davis (How To Get Away with Murder, Fences); he plays tug-of-war with Wendi McLendon-Covey (Bridesmaids, The Goldbergs) to learn the word “strenuous”; he busts a move with Jason Derulo; and he sings about books and reading with Pharrell Williams!

“We are thrilled to bring another collection of Elmo’s best moments to DVD,” said Mary Ellen Thomas, Warner Bros. Home Entertainment Vice President, Family & Animation Marketing. “With the release of The Best of Elmo 4, children are in for two hours jam-packed with music, laughs and lessons.”

With a newly-launched 48th season, Sesame Street is the longest-running program in children’s
television. 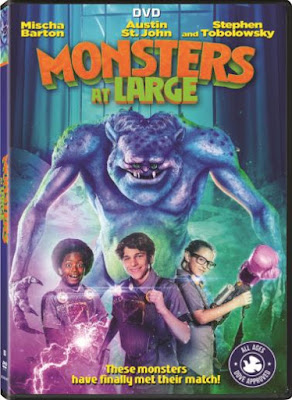 Monsters aren’t real…or are they? Find out when the frightfully funny family adventure Monsters at Large arrives on DVD, Digital and On Demand March 13.

Approved by the Dove Foundation for all ages, the Monsters at Large DVD includes a “Monsters at Large: A Behind-the-Scenes Look” featurette, and will be available for the suggested retail price of $14.98.

Synopsis: Alex decides to end his kid brother’s nightmares by forming a task force to take care of imaginary monsters. When their business becomes a hit, nothing can go wrong…until one of the monsters turns out to be real, and really big! Stephen Tobolowsky ("The Goldbergs") also stars in this spooky, silly, supernatural saga.

Enter below using the Giveaway Tools form for a chance to Win your own copy of "Monsters At Large" on DVD (2 Winners)! Giveaway ends 2/18/18. Giveaway is open to residents in the main 48 continental United States only, 18 years of age or older.


Disclosure: I am not receiving anything in exchange from Lionsgate for posting about Monsters at Large. I am simply posting about the movie and hosting a giveaway out of the kindness of my heart. Prizes will be shipped out from the sponsor.

A Bad Moms Christmas on Blu-Ray/DVD combo pack - U.S. - Be Your Best Mom

"Love Like Jesus" raglans in a size of your choice (@10am CST) - U.S. Emerson Lane Originals *FB

The Lure Stick and the Shake and Break - Dog Training Tools - U.S. - GayNYCDad

Book: “Maternally Challenged: How My Special Needs Son Taught Me to Sack Up and Laugh!” by Kathy Chlan - U.S. - Susan Heim on Parenting *RC