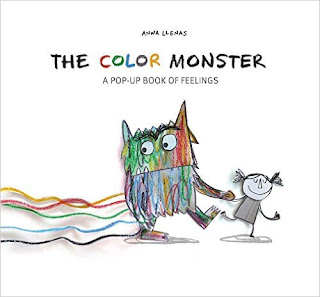 The Color Monster: A Pop-Up Book of Feelings deviates from the standard identification of numbers, letters, colors, and shapes to instead illustrate commonly felt emotions, including happiness, sadness, anger, fear, and love.

We teach toddlers to identify colors, numbers, shapes, and letters—but what about their feelings? By illustrating such common emotions as happiness, sadness, anger, fear, and calm, this sensitive book gently encourages young children to open up with parents, teachers, and daycare providers. And kids will LOVE the bright illustrations and amazing 3-D pop-ups on every page!

My Review:
My six year old said that it was very cool. We enjoyed reading about the different feelings. My daughter said that they were similar to those on a recent children's movie with five feelings! The 3-D Pop-Up pages are super neat and they really help to make the book come alive. Great book to read most anytime, day or night and anytime of year.

Enter below using the Rafflecopter Form for a chance to Win your own copy of the "The Color Monster: A Pop-Up Book of Feelings" Children's book just in time for Halloween! Giveaway is open to residents who live in any of the 50 United States only, 18 years of age or older. 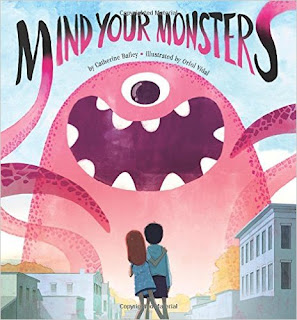 In Catherine Bailey’s Mind Your Monsters, Wally’s town is terrorized by vampires, zombies, werewolves, and the like, until finally he discovers the magic word—please!—to make them stop. Vidal’s bright, colorful illustrations has each monster baring a cheerful, toothy grin as they make a giant mess of the small town they’ve turned into their playground. Learning good manners has never been as monstrously fun!

My Review:
Mind Your Monsters is a nice story about some Monsters who are destroying the town that Wally lives in. He tries tricks and treats, but nothing works. Wally has finally had enough of these Monsters games, and he says "Will you please stop?" And the monsters finally stop. He asks one of them to please move out of his way, and the monster moves. Then the towns people and Wally start to get along and have fun together. Then the monsters leave the town and go back home, but the promise to come back and visit, because Wally says PLEASE!

Great book for teaching children the word Please! I feel that it also opens up the door to teach children about other manners too. I feel that this book is perfect for children ages 3 to 8!

Enter below using the Rafflecopter Form for a chance to Win your own copy of "Mind Your Monsters" Children's book just in time for Halloween! Giveaway is open to residents who live anywhere in the U.S., all 50 states, 18 years of age or older. 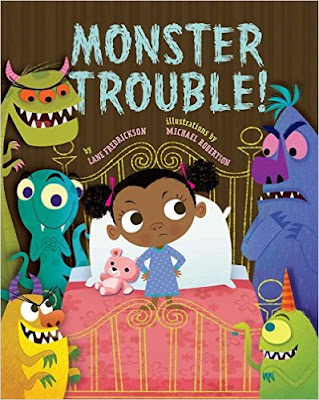 Monster Trouble! (Sterling Publishing) by Lane Fredrickson is the rhyming story of adorable Winifred Schnitzel and the monsters who terrorize her each night. She’s not afraid, of course! She just wants them to leave her in peace so she can get some sleep. But scaring away monsters is no easy task. The fearless, African-American protagonist is sure to help children overcome their fear of monsters, and the delightfully sweet ending will have them begging for an encore. This wonderful addition to diverse picture books is the perfect bedtime story on Halloween night.

My Review:
Monster Trouble is a cute rhyming children's book about a little girl who learns how to deal with the Monsters that keep her awake a night. She tries baiting them with traps, then with bad stinky cheese, with a pokey chair and more. Nothing works until she's in such a deep sleep and she's dreaming of puppies one of the monsters wakes her up, and she kisses him! Then the monster starts to freak out, so she starts kissing all of them and they finally leave her alone at night to sleep. Great children's book to teach your children to deal with their own monsters that they fear at night when the lights go out.

Enter below using the Rafflecopter Form for a chance to Win your own copy of "Monster Trouble" Children's book just in time for Halloween! Giveaway is open to residents who live in any of the 50 United States only, 18 years of age or older. 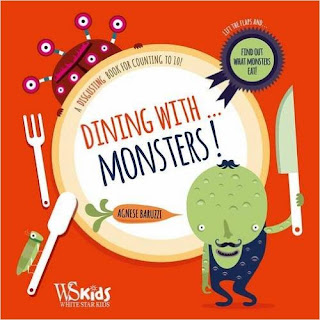 What do hungry monsters like to eat? 1 spider swallowed whole, 2 leaping frogs, and 3 entire whalesfor the ogre with gigantic claws and scales! And for Mr. One-Eye, four mice are very nice. Kids will enjoy this fun feast of a counting book, with 10 colorful creatures and their meals of grasshoppers, scorpions, owls, and prickly porcupines. Foldout pages and simple, humorous rhyming text make this a delight to read aloud.

My Review:
Dining With... Monsters! is a cute children's rhyming book with adorable Monsters inside who eat various things like bats, owls, mice and more. Each monster eats a certain amount of something starting with the number 1 and ending with 10. I had my six and three year old girls laughing by the end of the book because I was doing each page/number with a different voice! They got a kick out of it.

Enter below using the Rafflecopter Form for a chance to Win your own copy of the "Dining With...Monsters!" Children's book just in time for Halloween! Giveaway is open to residents who live in All 50 U.S. States only, 18 years of age or older. 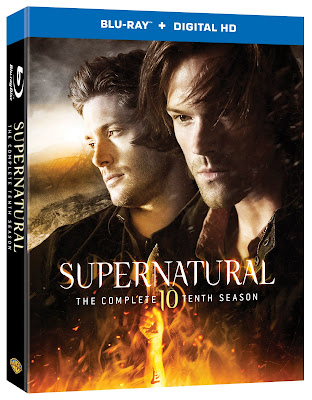 Synopsis:
After Dean Winchester lost his battle with power-mad angel scribe Metatron last season, he was resurrected by the power of the First Blade and transformed into a demon, cursed with the Mark of Cain. The road to recovering wayward Dean takes brother Sam down sinister paths himself, with consequences that will shake the boys to their core. The Winchesters’ angelic comrade-in-arms Castiel must pick up the pieces in the aftermath of Metatron’s campaign to overtake Heaven. With his divine “grace” failing and rogue angels still loose, Cass faces the ticking clock of his own mortality while all-new and ages-old threats again push our heroes to their human and otherworldly limits. At the same time, the King of Hell, Crowley, must deal with dissension within his own twisted family. Supernatural: The Complete Tenth Season will unleash your inner demon and hold you spellbound.

My Review:
I have been watching Supernatural since it started and I even watch TV shows that Sam & Dean were in before Supernatural. It's one of my favorite shows and one I can't wait to see more of! I do hope they come up with some better story lines for Season 11 though. Dean still has the Mark of Cane which Sam is trying to figure out how to get it off of him. Heaven is falling apart, again! Which leaves you wondering what is going to happen to Heaven and great angels like Cass. Crowley's Mom keeps trying to interfere with Sam & Dean's relationship with Crowley. They were working together to keep the peace. And now Crowley's mother has messed things up, again.

Disclosure: I received a copy of Supernatural Season 10 on DVD in exchange for my review post. No other compensation was exchanged or received. 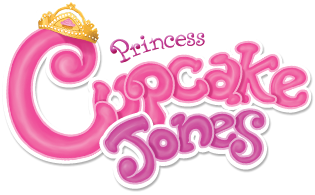 Princess Cupcake Jones, is the perfect read for your small children to learn and grasp valuable life lessons to take with them while they’re at school. The Princess Cupcake Jones stories teach all readers that ALL races are beautiful and to love and accept everyone for whom they are.

The Princess Cupcake Jones books are not only fantastic reading experiences, but all three books also consist of subtle positive messages within every illustrated page. The word “LOVE” is hidden within each page to remind each child what really matters most. 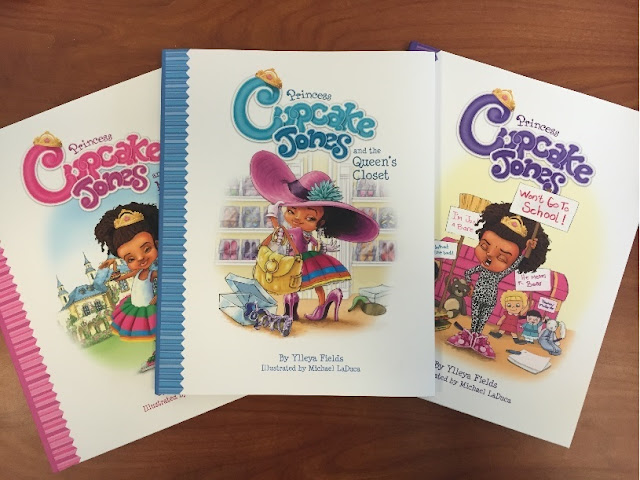 Princess Cupcake Jones and the Queen's Closet
One day, Princess Cupcake finds a special box in the closet that she hasn't seen before. Curiosity propels to explore what lies within the mystery box. And once she looks inside, she finds herself in a shoe-filled situation that is more than she could have imagined!

You can shop for these three children's books, shirts, Princess Cupcake's Tutu, print out coloring pages that go along with the books, word searches and more from www.princesscupcakejones.com! You can also purchase Princess Cupcake books on amazon and at most book retailers. LIKE Princess Cupcake on Facebook.


Disclosure: I received all three Princess Cupcakes children's books in exchange for my post. No other compensation was exchanged or received.

The Biggest Story: How the Snake Crusher Brings Us Back to the Garden - christian children's book - US/CAN - Raventhreads

Winner of Mike & Molly The Complete Fifth Season on DVD is: Ashley Kolpak! 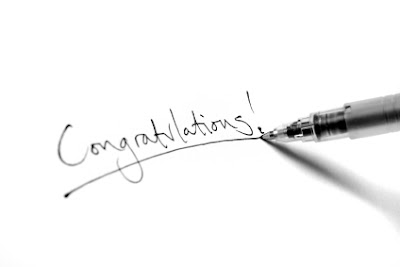 Disney On Ice presents Let’s Celebrate! Presented by Stonyfield YoKids Organic Yogurt is bringing more than 50 characters from 16 Disney stories live on ice to Nashville! This all-new show visits Nashville from Oct. 1 to Oct. 4 for eight performances at Bridgestone Arena.

Make an ordinary day extraordinary when Disney On Ice presents Let’s Celebrate! Presented by Stonyfield YoKids Organic Yogurt brings more than 50 Disney characters to your hometown for one colossal party on ice! This action-packed, all-new show features a magical montage of celebrations and is set to a blend of contemporary music and favorite Disney songs. 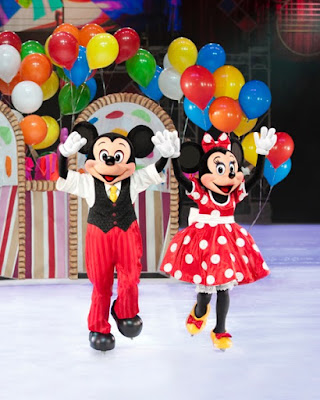 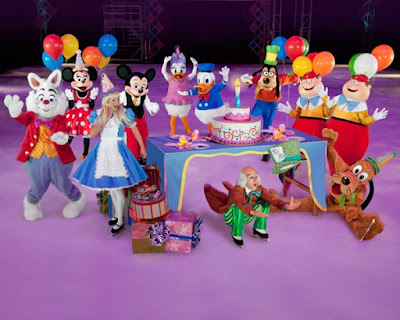 Join Mickey Mouse and Minnie Mouse as they celebrate a Very Merry Unbirthday Party with Alice and the Mad Hatter; Mardi Gras with Princess Tiana and Prince Naveen; a Royal Valentine’s Day Ball with the Disney Princesses; a Hawaiian luau with Lilo & Stitch; a winter wonderland with Woody, Jessie and Buzz Lightyear; a Halloween haunt with the Disney Villains and more in the celebration of the century. Disney On Ice presents Let’s Celebrate! Presented by YoKids will be a memorable and uplifting experience for the whole family! To discover more about Disney On Ice, go to www.DisneyOnIce.com, or visit us on Facebook and YouTube. 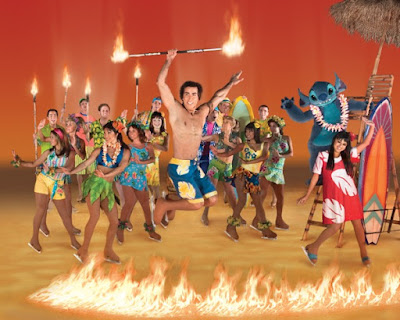 My family and I have attended the past few years of Disney on Ice. The first show we attended had Lightning McQueen and the cast of Cars, Toy Story 3 and more! The second show was all about Disney Princesses. Last year was Frozen on Ice! This year, of course, is an all-new show! I can't wait to see what this one is about! Every show tells a few Disney stories that my children and I really enjoy!


Disclosure: I will receive tickets of my own in exchange for this giveaway post and a review post of the show after we see it. No other compensation was exchanged or received.

Orkin Back To School Mom on the Go Prize Pack - U.S. - Just A Little Creativity *RC