THE LAST MOUNTAIN will be released in the U.S. on Digital and on Demand from March 15, 2022!

“A haunting tribute to mother and son” – THE GUARDIAN ****

“A piercing examination of one family's double grief” – THE TELEGRAPH **** 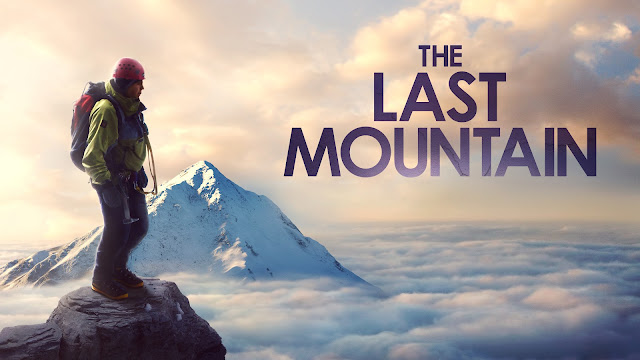 Directed by Emmy award-winner Chris Terrill and from Emmy Award-winning producer Julia Nottingham and BAFTA Award winning producer Olivia Lichtenstein, THE LAST MOUNTAIN explores the forces that drove two mountaineers to their untimely deaths – a quarter of a century apart. One a mother; the other her son. It’s the compelling true story of 30-year-old climber Tom Ballard who disappeared on one of the Himalayas' most deadly mountains, Nanga Parbat, in February 2019.
Tom Ballard was a British rock climber, alpinist and the son of mountaineer Alison Hargreaves, who perished on K2 in 1995. Mother and son, two of the greatest climbers of all time, died at almost the same age, in the same mountain range, both doing what they loved best. They now lie forever encased in the ice of the high Himalayas. Left behind to cope with the enduring tragedy are Tom’s sister, Kate, and their father, Jim.
THE LAST MOUNTAIN follows Kate Ballard on an emotional journey to say goodbye to her brother on Nanga Parbat. Using archive footage from 1995 and Tom's own extraordinary footage taken up until the days before his death, the film explores what made Tom continue his ascent with Italian climber Daniele Nardi after the other two members of the expedition turned back. Combining years of intimate, unseen family archive with footage of the family that director, Chris Terrill, has shot in the years since Alison’s passing, the documentary tells the unforgettable story of a family who lived - and were prepared to die - for the love of scaling the icy heights of the world’s highest peaks, and explore what it is that drives people to pit themselves against nature at its most ferocious and unforgiving.
THE LAST MOUNTAIN is a heart-breaking yet uplifting story about one of the world’s best climbing families, and their passion. Filmed over 25 years with intimate access and breathtaking archive footage, this is a must-see documentary that will tell the story of mountains and mountaineers as never before.
THE LAST MOUNTAIN will be released in the U.S. on Digital and on Demand from March 15, 2022.

TETHERED - Movie In Theaters and On Demand on March 18th!

In Theaters and On Demand on March 18th In the remote woods of North Carolina, a blind teenager named Solomon lives by himself in total isolation. Despite his impairment, Solomon is able to navigate his surroundings by tying a long rope around his waist that stays tethered to the cabin where he lives. Armed with only his tether, Solomon survives by fishing, foraging, and trapping small animals for food. His only other stimulation is a tape recorded message containing three mysterious rules: The First Rule: When you hunt or scavenge, do it for two—one for the forest and one for you. The Second Rule: When your will is almost gone and you feel like giving up, find comfort in singing our song. The Third Rule: You must never, ever let go of the rope.