Family four pack of tickets for Saturday, April 30th, for The Day Out With Thomas at Tennessee Valley Railroad in Chattanooga, TN - Saving Towards a Better Life *RC 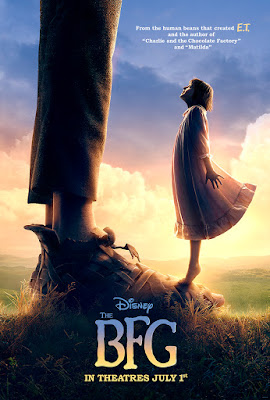 Check out the latest trailer for THE BFG, which includes new, never-before-seen footage of the BFG (Big Friendly Giant). The film, which is directed by Steven Spielberg and based on the best-selling book by Roald Dahl, hits theaters everywhere on July 1st!

The talents of three of the world’s greatest storytellers – Roald Dahl, Walt Disney and Steven Spielberg – finally unite to bring Dahl’s beloved classic “The BFG” to life. Directed by Spielberg, Disney’s “The BFG” tells the imaginative story of a young girl and the Giant who introduces her to the wonders and perils of Giant Country. “I think it was kind of genius of Roald Dahl to be able to empower the children. It was very, very brave of him to introduce that combination of darkness and light which was so much Disney’s original signature in a lot of their earlier works like in ‘Dumbo,’ ‘Fantasia,’ ‘Snow White’ and ‘Cinderella,’ and being able to do scary, but also be redemptive at the same time and teach a lesson, an enduring lesson, to everyone, it was a wonderful thing for Dahl to have done, and it was one of the things that attracted me to want to direct this Dahl book,” says Spielberg. 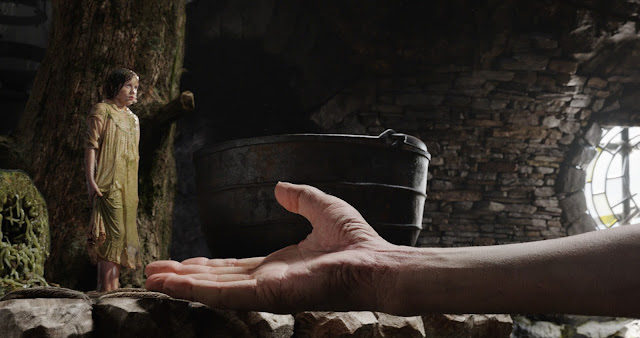 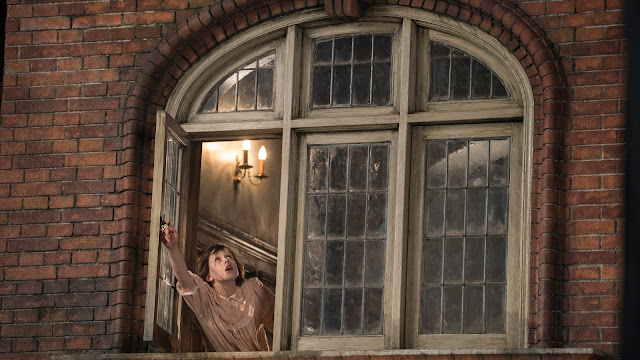 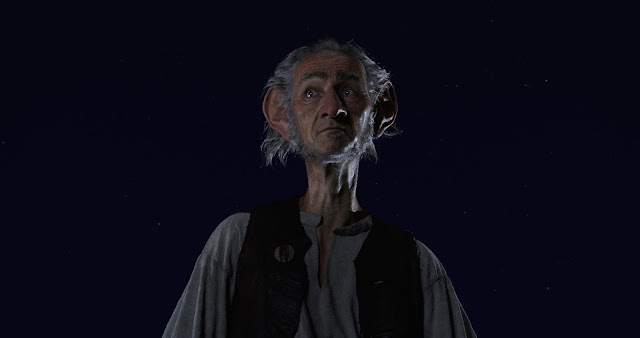 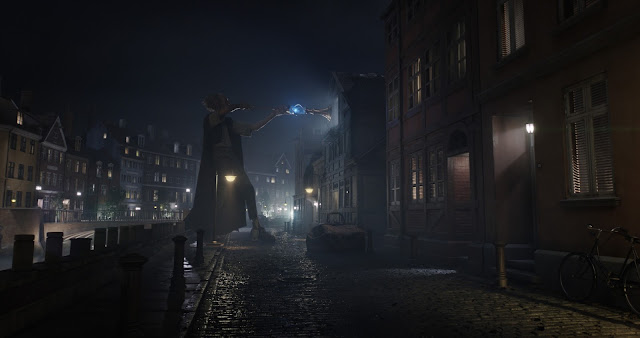 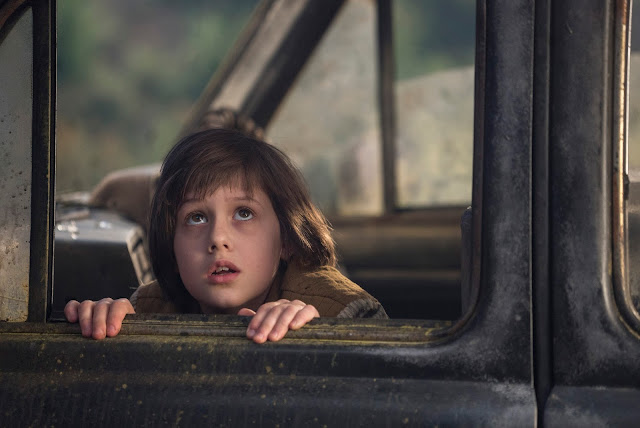 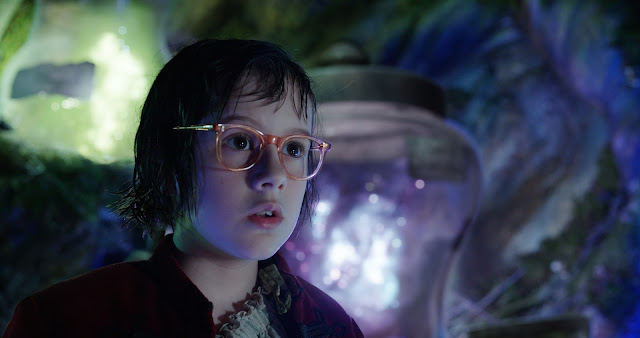 The BFG (Mark Rylance), while a giant himself, is a Big Friendly Giant and nothing like the other inhabitants of Giant Country. Standing 24-feet tall with enormous ears and a keen sense of smell, he is endearingly dim-witted and keeps to himself for the most part. Giants like Bloodbottler (Bill Hader) and Fleshlumpeater (Jemaine Clement) on the other hand, are twice as big and at least twice as scary and have been known to eat humans, while the BFG prefers Snozzcumber and Frobscottle. Upon her arrival in Giant Country, Sophie, a precocious 10-year-old girl from London, is initially frightened of the mysterious giant who has brought her to his cave, but soon comes to realize that the BFG is actually quite gentle and charming, and, having never met a giant before, has many questions. The BFG brings Sophie to Dream Country where he collects dreams and sends them to children, teaching her all about the magic and mystery of dreams.

Having both been on their own in the world up until now, their affection for one another quickly grows. But Sophie’s presence in Giant Country has attracted the unwanted attention of the other giants, who have become increasingly more bothersome. Says Spielberg, “It’s a story about friendship, it’s a story about loyalty and protecting your friends and it’s a story that shows that even a little girl can help a big giant solve his biggest problems.” Sophie and the BFG soon depart for London to see the Queen (Penelope Wilton) and warn her of the precarious giant situation, but they must first convince the Queen and her maid, Mary (Rebecca Hall), that giants do indeed exist. Together, they come up with a plan to get rid of the giants once and for all.

Roald Dahl’s “The BFG” (Big Friendly Giant) was first published in 1982 and has been enchanting readers of all ages ever since. To date, the book has been published in 41 languages. Dahl’s books, which also include “Charlie and the Chocolate Factory,” “James and the Giant Peach” and “Matilda,” have sold over 200 million copies worldwide. Originally created as a bedtime story, “The BFG” was Dahl’s own favorite of all his stories. “It was very important for us to be loyal to the language,” says Spielberg, “and the great writer Melissa Mathison, who also wrote ‘E.T.: The Extra-Terrestrial,’ wrote ‘The BFG.’” 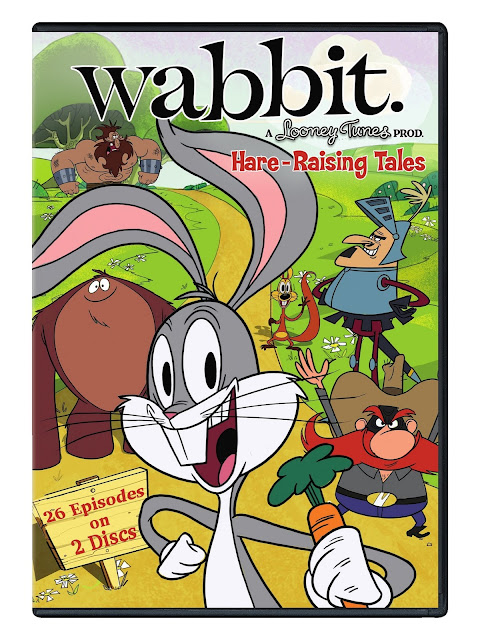 Bugs Bunny, one of the world’s most popular cartoon characters, returns to entertain viewers in Wabbit, a new animated series set for release on DVD April 26, 2016 from Warner Bros. Home Entertainment (WBHE). The hilarious, heroic and mischievous bunny cartoon lovers adore is back in a new, modern comedy series featuring cutting-edge animation, clever storylines and endearing new characters that will capture the hearts of Looney Tunes fans of all ages. Titled Wabbit: A Looney Tunes Production Season 1 Part 1, this release will feature 26 episodes on a two-disc set and will retail for $19.97 SRP.

What’s Up Doc? More delightfully zany adventures with that carrot-crunching rabbit, Bugs Bunny! From Warner Bros. Animation, Wabbit is classic Looney Tunes with an updated look and engaging new characters. Squeaks the squirrel and Bigfoot join Bugs Bunny on his new escapades. Wabbit also features several of Bugs Bunny’s long-time, loyal Looney Tunes pals, including Wile E. Coyote, Yosemite Sam and the Tasmanian Devil, some of whom have new roles in Bugs’ life. It’s classic Bugs Bunny in present day situations. Now a whole new generation of viewers will be introduced to the lovable antics of that adorable, wisecracking bunny.

Wabbit’s premiere on Cartoon Network ranked #1 in its time slot across all Kids’ networks with Boys 6-11 and ranked #2 with kids 6-11. The series was the #1 original kids program on basic cable with Boys 6-11.*

“Bugs Bunny is an iconic character that transcends time and continues to evolve. We know viewers will be enthusiastic about this incarnation of Looney Tunes, with one of the most popular characters at its heart. While it stays true to the original, Wabbit features a fresh, contemporary look and feel that we know viewers will find appealing,” said Mary Ellen Thomas, Vice President Family & Animation Marketing. She added, “Wabbit: A Looney Tunes Production Season 1 Part 1 is a must-have for cartoon lovers and Looney Tunes fans.” 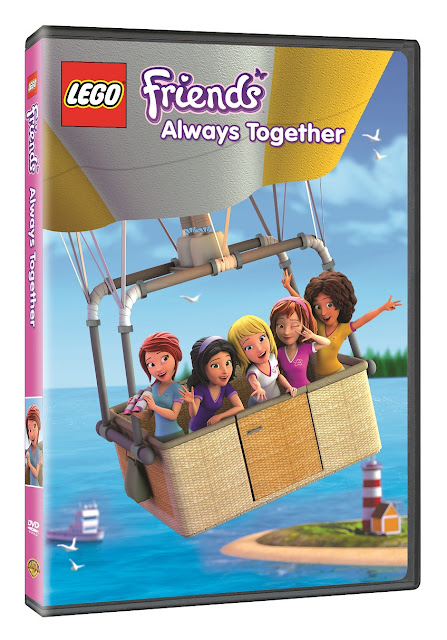 Five best friends are reunited as they embark in all sorts of adventures across Heartlake City in LEGO® Friends: Always Together, a continuation of the popular TV specials currently airing on the Disney Channel. On June 28, 2016 Warner Bros. Home Entertainment (WBHE) will release LEGO® Friends: Always Together on DVD, featuring three 22-minute episodes for a $9.97 SRP.

The episodes of LEGO® Friends: Always Together, follow best friends Andrea, Stephanie, Olivia, Emma and Mia throughout a diverse array of expeditions in their hometown. From entering a talent contest, to going camping – and even assisting in running a hotel – the girls combine their eclectic skill sets and unique interests to seize the day. In each adventure, they are faced with adversity but quickly learn that anything is possible when you work together!

Each character in the LEGO® Friends: Always Together story has unique personality traits and hobbies to appeal to children of all interests and passions. Through positive messages of teamwork, perseverance and acceptance, viewers will learn some of life’s most important lessons, all while following the five girls through three exciting episodes!

“Warner Bros. Home Entertainment is so excited to be able to expand the LEGO® Friends series with the addition of LEGO® Friends: Always Together” said Mary Ellen Thomas, Warner Bros. Home Entertainment Vice President, Family & Animation Marketing, “We are confident that children around the world will love following the five LEGO Friends on their newest set of adventures throughout Heartlake City.”

Extraordinary - book and a BFF necklace for you and your very best friend - U.S. - Sky Pony Express *RC

One (1) Sephora eGift card containing $50 sent to the winner by email (international readers, you may opt to receive $50 sent by PayPal instead) - Worldwide - Makeup & Beauty Blog