"WOMEN" Movie Review. In Theaters and On Demand, May 28! 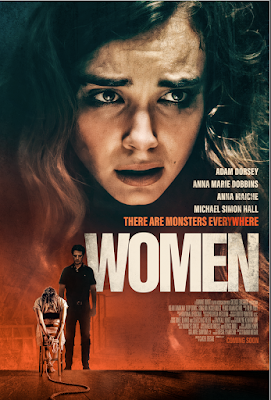 How far would you go to survive?... A small town detective while investigating the disappearance of a local woman comes across an unassuming Sociology professor who lives a double life.

A tad suspenseful, but not really. I was on the edge of my seat a few times, but to me, it wasn't enough. I wanted more. This movie does show though how victims form a trauma bond with their captors, and how it keeps them from trying to escape. I wanted them to hurt their captor so badly.

Posted by Heather Kelly at 8:00 AM 0 comments

WELCOME MATT is written and directed by Leon Pierce Jr and also stars Deon Cole, Jazsmin Lewis-Kelley, Dorien Wilson, and G.G. Townson. Coming to theaters and on demand on Friday, May 28, 2021. 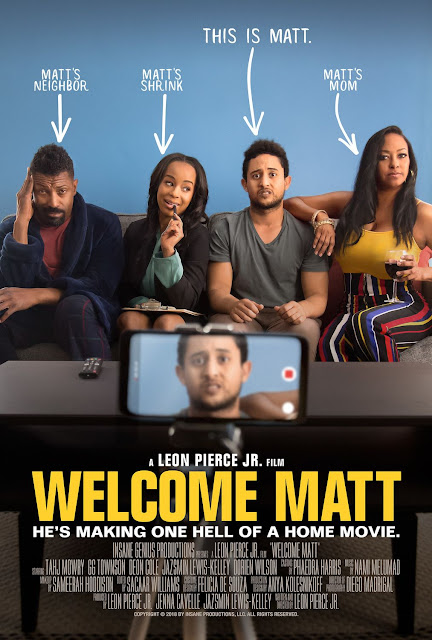 Matt (Tahj Mowry) is a twenty something year old up and coming filmmaker that encounters a traumatic experience on the verge of his big break into the film industry. As a result of suffering this traumatic incident, he finds himself developing agoraphobia and is now unable to leave his home. Feeling compelled to stay inside where he believes it to be safe, but still wanting to create art, he decides to write, direct and star in a feature film project that no one believes in! As a result of this, his girlfriend breaks up with him, he finds himself being broke and facing an eviction and his only saving grace is to take a movie deal to get back on his feet. But in order to do so, he must overcome his fear of going outside. So, with the help of an in-home therapist, Matt makes an effort to overcome his fears and go outside, in hopes of living a better and much more fulfilling life. 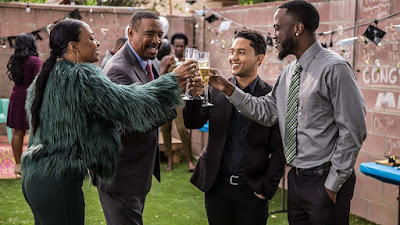 I couldn't imagine being in Matt's place. With Covid and the stay at home orders, I feel that we will see more and more people with agoraphobia. The media had some people so afraid to go outside, let alone, that they had to wear masks while outside, in their cars, and even, inside their own homes! I pray that this never happens to someone I know. Life goes on when people withdraw from it like Matt did. Matt was a film maker, and people are just dying for him to make more movies! Does Matt go outside? Or does he let his fear overtake him? Watch Welcome Matt to find out! This movie is awesome!

Posted by Heather Kelly at 1:00 AM 0 comments