Get $20 when you get approved by Gettington 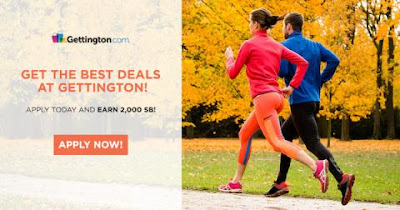 Swagbucks has a great offer available with Gettington - you get $20 (paid out in the form of 2000 SB) without spending a dime!

All you have to do is get approved for line of credit to earn 2000 SB. Click here to get started!
Gettington offers you great deals on brand name clothing, accessories, and household items. Plus, you can use payment plans as needed!

If you haven't signed up for Swagbucks yet, this offer's a great way to get started. Just sign up through the link above and get your 2000 SB, you'll get a bonus 300 SB at the beginning of November. So that's $20 for getting approved for a line of credit, which gets you 2300 SB, that you can spend on gift cards to places like Amazon, Target, Walmart, Starbucks, or PayPal cash!

Posted by Heather Kelly at 7:08 AM 0 comments

Get Free Gift Cards for taking surveys on Swagbucks 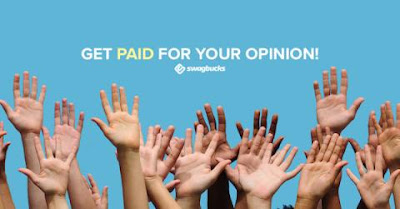 If you're looking for a way to earn a little extra for your budget, taking Surveys on Swagbucks can be a great way to go. It's really simple: You sign up, confirm your email address, and then use the Gold Survey Dashboard to see what surveys are currently available. For each survey, you'll see approximately how long it takes to complete, and how many SB points you'll get when you complete it. You can rack up lots of SB points quickly, and then redeem those SB for free gift cards to places like Amazon, Starbucks, and PayPal!

You can fill out a survey profile and then answer additional questions that will help Swagbucks deliver surveys that you're more likely to complete. You get 2 SB for every 10 questions you answer!

For even more SB opportunities, you can click the Peanut Labs surveys tab and choose from any one of these survey options. You can also download the Swagbucks app for iOS and Android and take surveys right from your phone, no matter where you are!

Swagbucks actually works - I am saving my SB's to trade in for amazon.com gift codes to purchase Christmas presents for my three children!

Posted by Heather Kelly at 7:04 AM 0 comments

Tote bag and one copy of each of the following books: "Eek! Halloween!" by Sandra Boynton, "Papertoy Glowbots" by Brian Castleforte, "Frightlopedia" by Julie Winterbottom, "Oh, Ick!" by Joy Masoff, and "Fearsome Creatures" of the Lumberwoods by Hal Johnson - U.S. - The Overstuffed Bookcase *RC

One month supply of Siggi’s yogurt (30 coupons for one free yogurt) - U.S. - A Lady Goes West 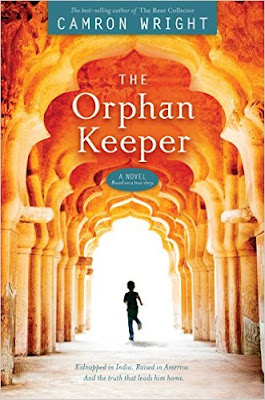 In India, a child goes missing every eight minutes, according to the National Crime Records Bureau. Sadly, 40% of these children are never found. But this is the story of one boy who was …35 years later.

Taj Rowland was kidnapped at seven in India, sold to an orphanage, and adopted by a couple in Salt Lake City. He and his American mother spent decades trying to find his true family, until his memories eventually became suppressed. “Thankfully,” Rowland says, “my past didn’t forget about me.”

Thought-provoking, gripping, and engaging, Rowland and Wright are available for interviews and features to discuss the following:

Chellamuthu (renamed Taj) was no ordinary child. After being kidnapped from his abusive father, he was sold to a Christian orphanage at the age of seven and sent halfway around the world to an adoptive family in the United States. Faced with a new language, new country and new family, Taj struggles to understand the concept of home as he recalls the gruesome details of his past and unearths the fear and uncertainty of his future. Taj’s firsthand accounts of this experience are expertly recorded by Wright in this mesmerizing new book that reads like fiction.

My Review:
The Orphan Keeper is a GREAT book! I couldn't put it down! From the beginning of the book up until the end, I couldn't stop reading it! Chellamuthu went from being a typical Indian boy, to living in the United States and not knowing the language or the family he was adopted by. When he goes to college and takes a semester to go to England to attend college, he gets placed with an Indian family while he's there. He begins to have memories and flash backs of his past, and the story just gets great from there. I passed this book onto my mom, and she loves it as much as I do! I hope it's turned into a movie someday! As The Orphan Keeper is a well written, adventurous novel! If you enjoy reading great stories or true stories, this is the book for you!

To learn more about this book, go to the website: http://www.theorphankeeper.com/.

Purchase your copy at your local book retailer or on amazon today! (affl. link)


Disclosure: I received a copy of The Orphan Keeper book in exchange for my review post. No other compensation was exchanged or received.

A film shot in 18 countries and on 7 continents. 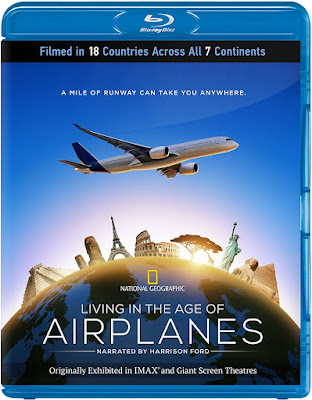 Directed by Brian J. Terwilliger
LIVING IN THE AGE OF AIRPLANES offers a fresh perspective on a modern-day miracle that many of us take for granted: flying. Narrated by Harrison Ford and featuring an original score from Academy Award® winning composer James Horner, the film takes viewers to 18 countries across all seven continents to illuminate how airplanes have empowered a century of global connectedness our ancestors could never have imagined.

Following its premiere at the Smithsonian National Air & Space Museum in Washington, DC, the film continued its successful run on giant screen, digital, IMAX® and museum cinemas worldwide in 2015/2016. It will be released digitally and on DVD/Blu-ray in October 2016 along with the release of the original soundtrack.

LIVING IN THE AGE OF AIRPLANES is directed by Brian J. Terwilliger (One Six Right) and produced by Terwilliger and Bryan H. Carroll. Director of Photography is Andrew Waruszewski. Music is by James Horner (Avatar, Titanic). Editor is Brad Besser.

Special Features:
· ALASKA FLYING: Montage of deleted footage: airplanes exploring the remote Alaskan wilderness.
· 3 STORIES IN 4 MINUTES: Three stories: One Camera, Underwater in the Maldives, Journey to the South Pole.
· PLANE SPOTTING: A collection of the crew’s best takeoff & landing shots captured on 5 continents.
· FLIGHT OVER AFRICA: The biplane sequence from the film “Out of Africa” re-created 30 years later.
· IMPOSSIBLE SHOTS: VISUAL EFFECTS: Go behind-the-scenes and learn how the impossible shots in the film came to life.
· MAKING OF THE ALASKA HOUSE: Get an inside look at how the sequence in the Alaska House was created.
· HAWAII [DELETED SCENE]: One of the most remote places on Earth is almost exclusively visited by air.
· FLOWER SEQUENCE “DECONSTRUCTED”: A unique, real-time look inside one of the film’s most complex sequences.
· ALASKA FLYING II: Same visuals as “Alaska Flying” with the addition of radio communications.
· SEEING AVIATION FOR THE FIRST TIME: Witness aviation through the eyes of a group of kids in Kenya, Africa.
· IN-FLIGHT PREMIERE: Experience a first-of-its-kind premiere as the film debuts on board an Emirates A380.

NOTE: ALL EXTRAS WILL ALSO BE AVAILABLE WITH THE ITUNES VERSION.

Addition Features Include:
- Additional Footage of each Continent
- Behind the Scenes
- Partner Videos 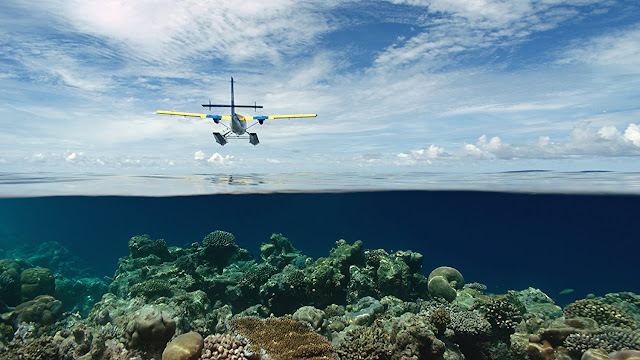 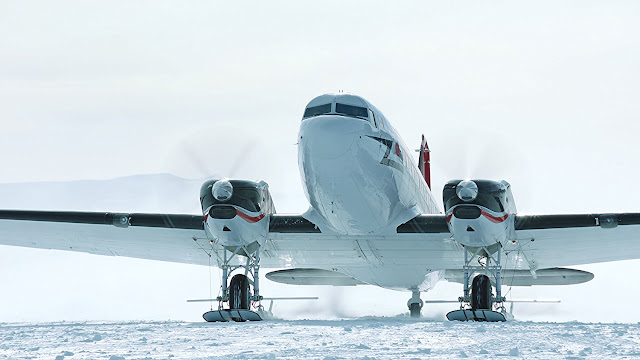 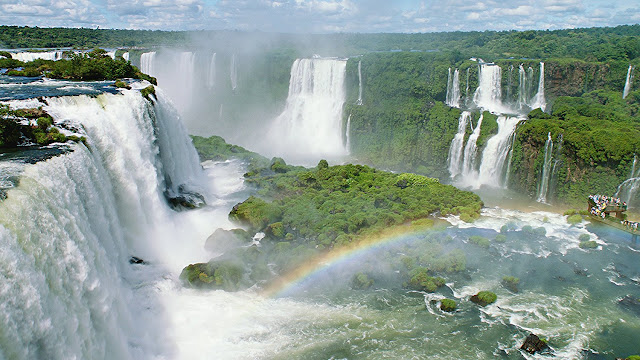 My Review:
"Living in the Age of Airplanes" starts out talking about what the world was like before Airplanes ever existed. It explains what people used for transportation before airplanes came alone and what types of transportation was used. Then the movie talks about airplanes and how airplanes "marked the beginning of a revolution." We also got to see Seaplanes and the Indian Ocean! All of the ocean videography was beautiful and enchanting. And then, Antarctica! So much snow. So much wonder! They even showed the actual South Pole! The movie also has more to it, but I won't spoil it for you. My four year old daughter even watched most of it with me and she said it was cool and that she liked it.


Disclosure: I received a copy of National Geographic's "Living in the Age of Airplanes" on Blu-Ray in exchange for my review post. No other compensation was exchanged or received.

Get Over $90 in gift cards when you earn with Uber! 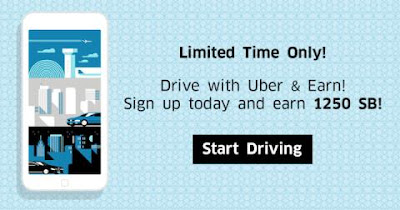 For those of you looking to earn extra money, driving for Uber may be the opportunity you're looking for! You set your own hours so you can earn as much or as little as you want! Thanks to Swagbucks, you can get paid to try it out!

Just for signing up, you'll get 1250 SB (the equivalent of over $12 in gift cards to places like Amazon, Starbucks, Target, Walmart, and more, or just PayPal cash)! Once you take your first paid passenger, you'll get another 8000 SB ($80!) in addition to your earnings from driving. Click here to get started.

What's more, if you sign up through me and complete even the first part of this offer before November 1st, you'll get another $3 bonus (300 SB) in the first week of November. So we're talking about almost $100 in free gift cards just for making even more money on the side. Another great way to make a little extra is through Swagbucks - they have a lot of different ways you can earn free gift cards every day! I've earned over 23,000 SB's and I've traded them all for amazon gift codes! Last year I basically paid for Christmas for my family using Swagbucks points!

Posted by Heather Kelly at 8:31 AM 0 comments 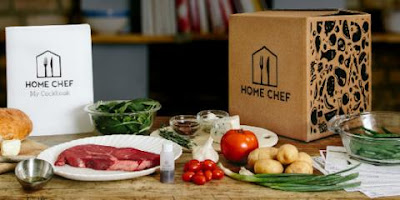 Swagbucks has partnered with Home Chef to bring you a special offer where you can earn 1500 SB just for placing your first order. Home Chef tailors itself to your dietary needs and sends you the ingredients necessary to make a home-cooked meal from scratch in about 30 minutes.

You choose how many meals you want each week, when they get delivered, AND you get a $30 credit towards your first order as well. You can decide how often food is delivered and even look through the available meals to plan ahead. The 1500 SB credits instantly to your account! Sign up using this link, for Swagbucks today and take advantage of this awesome deal!

Posted by Heather Kelly at 8:26 AM 0 comments

Posted by Heather Kelly at 8:48 AM 0 comments