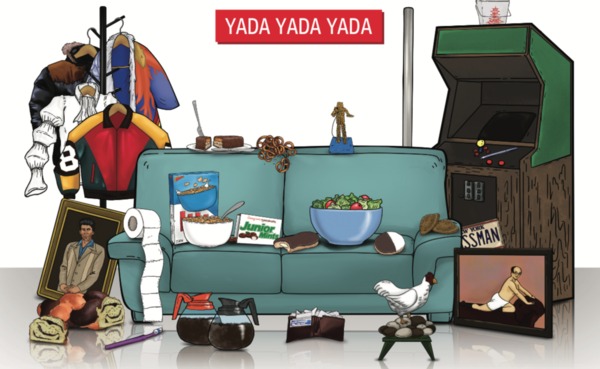 Free and open to the public; Junior Mints included.

THE CATCH (AS GEORGE WOULD SAY): None. Nada. Nil. The interactive installation is free and open to the public – no reservations or tickets are required.

WHEN: Saturday, July 6 until Tuesday, July 9

Make sure to catch up on Seinfeld! Stream all episodes of Seinfeld on Hulu or check your local listings at Seinfeld.com

Posted by Heather Kelly at 8:10 AM 0 comments

“A Boy Like You” Hardcover Picture Book - All 50 U.S. States - Bicultural Mama *RC

"The Little(r) Museums of Paris: An Illustrated Guide to the City’s Hidden Gems" - A book about the Little Museums of Paris (@12 midnight EST) - All 50 U.S. States/Canada - More Time to Travel