Custom hair ties for your business, sports team, or just your name in any colors and/or designs that you’d like - U.S. - Miss Ponytail *IG

Dutchman Flat Snapback, a mug, and a sticker from cascade armory, a mug and a pair of slippers from staheekum (winners choice) - U.S. - Staheekum *IG

Nintendo Backpack and Lunchbox - U.S. - The Life She Has *RC

How to Trick the Tooth Fairy Prize Pack - U.S. - In Our Spare Time *RC

Featuring all 22 Episodes and All-New Bonus Features from

One of the Top New Shows on Network Television 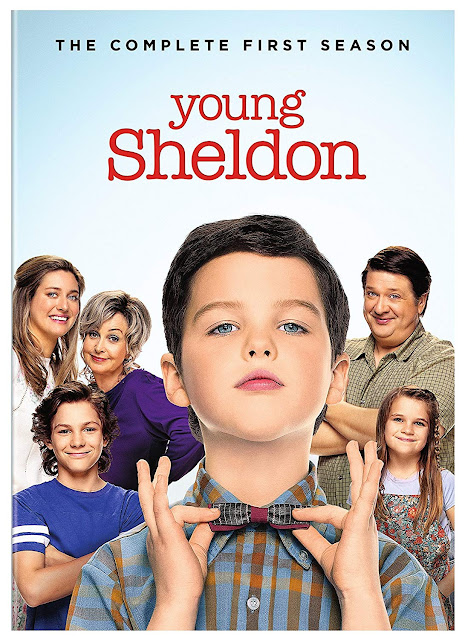 Don’t miss your chance to meet the iconic, eccentric and beloved Sheldon Cooper in his childhood as Warner Bros. Home Entertainment gets set to release Young Sheldon: The Complete First Season on DVD September 4, 2018 for $39.99 SRP. In its debut season, Young Sheldon garnered an average audience of 16.5 million Viewers per week, propelling the Big Bang Theory prequel to one of the Top Five Broadcast Sitcoms across all demographics. * Fans can catch up on all 22 episodes plus all-new bonus features prior to the show’s second season premiere. The first season of Young Sheldon is also currently available to own via purchase from digital retailers.

Young Sheldon: The Complete First Season will also be available on Blu-ray courtesy of Warner Archive Collection. The Blu-ray release includes all bonus features on the DVD and is also arriving September 4, 2018. Warner Archive Blu-ray releases are found at wb.com/warnerarchive and your favorite online retailer.

For the last decade on The Big Bang Theory, audiences have come to know the extraordinary Sheldon Cooper.  Now, this single-camera, half-hour comedy gives us the chance to meet him in childhood, as he embarks on his innocent, awkward and hopeful journey toward the man he will become. Created and executive produced by The Big Bang Theory’s Chuck Lorre and Steven Molaro, Young Sheldon is also executive produced and narrated by Jim Parsons who plays Sheldon Cooper on The Big Bang Theory. The star cast features Iain Armitage (Big Little Lies), Zoe Perry (The Family, Private Practice), Lance Barber (The Comeback), Annie Potts (Designing Women), Montana Jordan (The Legacy of a Whitetail Deer Hunter) and Raegan Revord (Modern Family).

For nine-year-old Sheldon Cooper, it isn't easy growing up in East Texas. Being a once-in-a-generation mind capable of advanced mathematics and science isn't always helpful in a land where church and football are king. While the vulnerable, gifted and somewhat naïve Sheldon deals with the world, his very normal family must find a way to deal with him. His father, George, is struggling to find his way as a high school football coach and as father to a boy he doesn't understand. Sheldon's mother, Mary, fiercely protects and nurtures her son in a town where he just doesn't fit in. Sheldon's older brother, Georgie, does the best he can in high school, but it's tough to be cool when you're in the same classes with your odd nine-year-old brother. Sheldon's twin sister, Missy, who sometimes resents all the attention Sheldon gets, but also remains the one person who can reliably tell Sheldon the truth. Finally, there’s Sheldon’s beloved Meemaw, his foul-mouthed, hard-drinking Texas grandmother who’s supportive of her grandson and his unique gifts. 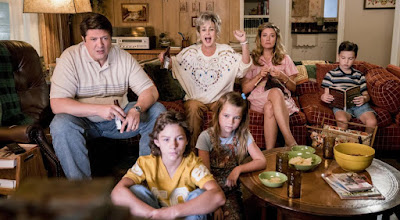 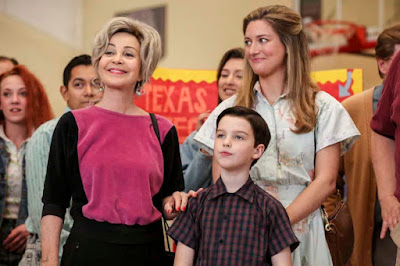 Young Sheldon: The Complete First Season includes 22 half-hour episodes:
1. Pilot
2. Rockets, Communists, and the Dewey Decimal System
3. Poker, Faith, and Eggs
4. A Therapist, a Comic Book, and A Breakfast Sausage
5. A Solar Calculator, a Game Ball, and a Cheerleader's Bosom
6. A Patch, a Modem, and a Zantac
7. A Brisket, Voodoo, and Cannonball Run
8. Cape Canaveral, Shrödinger's Cat, and Cyndi Lauper's Hair
9. Spock, Kirk, and Testicular Hernia
10. An Eagle Feather, a String Bean, and an Eskimo
11. Demons, Sunday School and Prime Numbers
12. A Computer, a Plastic Pony, and a Case of Beer
13. A Sneeze, Detention, and Sissy Spacek
14. Potato Salad, a Broomstick, and Dad's Whiskey
15. Dolomite, Apple Slices, and a Mystery Woman
16. Killer Asteroids, Oklahoma, and a Frizzy Hair Machine
17.  Jiu-Jitsu, Bubble Wrap, and Yoo-hoo
18. A Mother, a Child and a Blue Man's Backside
19. Gluons, Guacamole, and the Color Purple
20. A Dog, a Squirrel and a Fish Named Fish
21. Summer Sausage, a Pocket Poncho, and Tony Danza
22. Vanilla Ice Cream, Gentlemen Callers, and a Dinette Set

*The first season of Young Sheldon is also currently available to own on Digital. Digital allows consumers to instantly stream and download all episodes to watch anywhere and anytime on their favorite devices.  Digital retailers include: Amazon Prime Video, iTunes, Google Play, Vudu, Xbox and others.

My Review and Thoughts:
Young Sheldon is a Great Family show! Sheldon is hilarious, along with the rest of his family. Sheldon doesn't think like the rest of humanity. His thoughts are more clear, and he's very blunt about things. I have been watching The Big Bang Theory since it began, so it was only practical to watch Young Sheldon too. You can't help but fall in love with Sheldon's sweet, honest nature. He only wants to be helpful. He's also quirky too, like his grown up self, but not as bad in some ways.

Enter below using the Giveaway Tools form for a chance to win your own copy of "Young Sheldon: The Complete First Season" on DVD! Giveaway open to residents who live in the main 48 Continental United States only, 18 years of age or older. No P.O. Boxes, sorry. Giveaway ends on 9/16/18.

Time to Parent: Organizing Your Life to Bring Out the Best in Your Child and You - Book #Giveaway! (U.S.) Ends 9/16

"Time to Parent: Organizing Your Life to Bring Out the Best in Your Child and You" offers several tools that help parents break their job of parenting into two parts….Raising a Human and Being a Human, through eight main components and other tools and tips to handle anything life…and (the often most frenzied aspect of life) Back to School time….can throw at a parent. 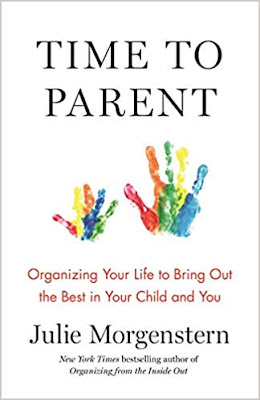 In Time to Parent, the bestselling organizational guru takes on the ultimate time-management challenge―parenting, from toddlers to teens―with concrete ways to structure and spend true quality time with your kids.

Would you ever take a job without a job description, let alone one that requires a lifetime contract? Parents do this every day, and yet there is no instruction manual that offers achievable methods for containing and organizing the seemingly endless job of parenting. Finding a healthy balance between raising a human and being a human often feels impossible, but Julie Morgenstern shows you how to harness your own strengths and weaknesses to make the job your own. This revolutionary roadmap includes: 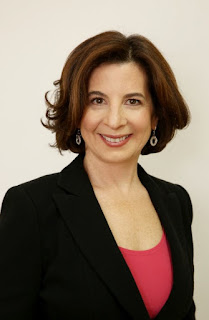 About the Author:
A little background on Julie Morgenstern….she is the author of five previous books, including The New York Times bestsellers "Organizing from the Inside Out" and "Time Management from the Inside Out," both of which have been developed into popular specials for PBS. She is an internationally-renowned organization consultant, and has shared her expertise on The Oprah Winfrey Show, The Rachael Ray Show, Today and more, and is quoted or featured regularly in The New York Times, Time and USA Today, among others. You can read more about Julie Morgenstern here: https://www.juliemorgenstern.com/.

Pre-order your copy today on Amazon, or look for it starting September 4th at your local book retailer! This book is available in paperback, kindle, and audiobook.

Enter below using the Rafflecopter form for a chance to Win your own Paperback copy of "Time to Parent: Organizing Your Life to Bring Out the Best in Your Child and You." Giveaway ends 9/16/18. Giveaway is open to residents who live in All 50 U.S. States, 18 years of age or older. No P.O. Boxes, sorry.

Disclosure: I didn't receive any form of compensation for my post. I simply wanted to share this book with you and host a giveaway of one copy to you, my followers.

Labels: airplanes and dragonflies blog, contests, giveaways, Julie Morgenstern, Parenting Handbook, Sweepstakes, Time to Parent: Organizing Your Life to Bring Out the Best in Your Child and You, win

Grand Prize: One Grand Prize consisting of a Series EE Savings Bond worth $5,000.00!

Two Secondary Prizes Packs valued at $150 will include:

Enter here for a chance to Win one of the above prizes: https://bixbee.com/pages/futureisbrightsweepstakes

The sweepstakes is open to legal residents of the United States (excluding FL, NY and RI) and the District of Columbia, who are 18 years of age or older. They simply need to complete the entry form https://bixbee.com/pages/futureisbrightsweepstakes before September 10, 2018 to qualify. Only one entry per household will be accepted and winners will be randomly selected and notified via email on September 11, 2018.

About Bixbee:
Bixbee’s vision for helping kids reach their potential through education first took shape when co-founder and CEO Luis Garcia spent 4 months traveling and volunteering at schools and orphanages around the world. He realized that these kids were like millions of others – eager for an education, but lacking basic school supplies. Moved by his experience, Luis, a seasoned luxury product designer, set out to create Bixbee, a company modeled after the "Buy One, Give One (BOGO)” movement that provides unique products loved by kids and approved by their value conscious moms.

Posted by Heather Kelly at 9:47 AM 0 comments

Tumbler & Tipsy hat PLUS some of our most popular styling products used by our stylists at NYFW - U.S. - Not Your Mother's *FB