Over 250 Entries:
Your choice of ONE of the following games: Dr. Beaker, Go Go Gelato or Dr. Microbe - U.S. - Marg's Product Review *RC 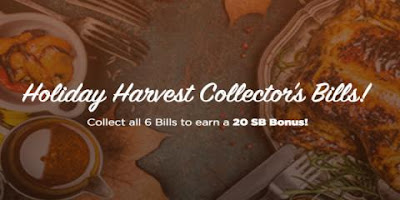 November has arrived, and as we get deeper into the Holiday Season, Swagbucks is marking the occasions with "Holiday Harvest" Collector's Bills!  "Collector's Bills" are special SB point values with designs that you win randomly while searching the web with Swagbucks' Yahoo-powered search engine. Collect all 6 and you get an additional SB Bonus! Once you've collected enough SB, you can redeem them for gift cards to stores like Amazon, PayPal Cash, and many more!

Here's all the information for this week's Collector's Bills:

Posted by Heather Kelly at 7:22 AM 0 comments

Enter Here for a chance to Win one piece of Handmade Jewelry of your choice from The Crafty Little Gnome!

Giveaway is open to Everyone Worldwide!
Giveaway ends Nov. 28th, 2017.

Check out some of the jewelry that you could choose from on The Crafty Little Gnome and also from some of the photos below! 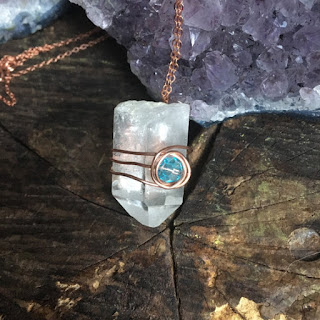 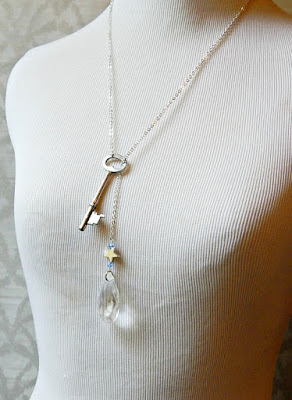 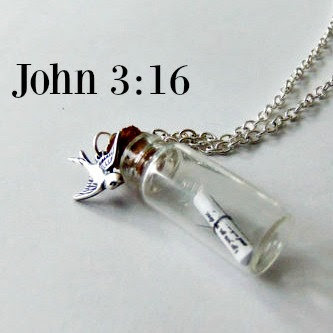 John 3:16 Message in a Bottle Necklace 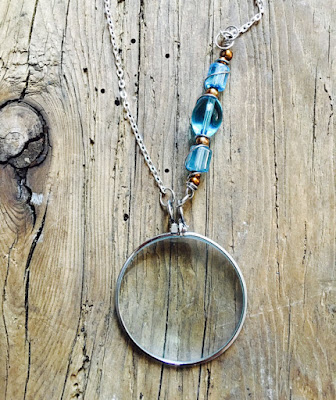 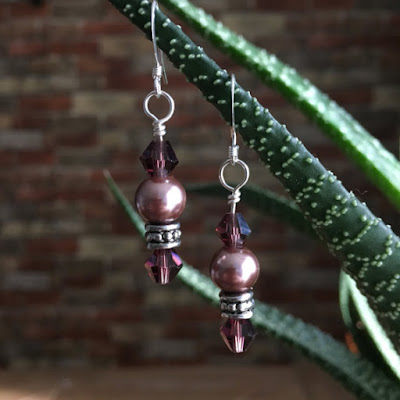 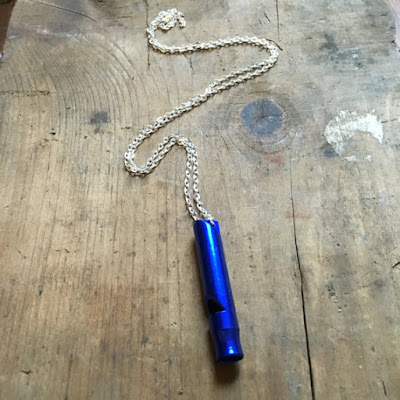 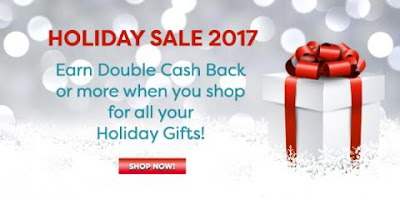 Swagbucks is offering double cash back at dozens of different stores (like Macy's and Target) during their 2017 Holiday Sale. Just go to this page to see all of the deals available and get the jump on your holiday shopping. There are

In order to take advantage of the cash back, just create your Swagbucks account when prompted (it takes less than 30 seconds) and then you're all set! Your cash back comes in the form of SB points, which you can redeem for gift cards to places like Amazon, Target, Walmart, Starbucks, or get PayPal cash!

As a special bonus, if you sign up through me you get a 300 SB ($3) bonus when you earn your first 300 SB before December 1st! This site's a great way to extend your shopping budget, especially around the holidays! 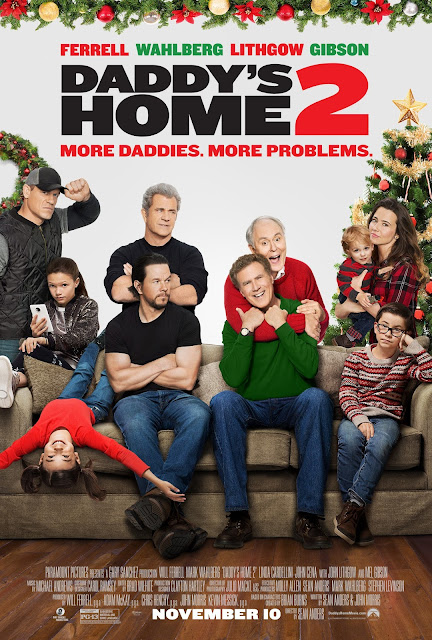 In the sequel to the 2015 global smash, father and stepfather, Dusty (Mark Wahlberg) and Brad (Will Ferrell) have joined forces to provide their kids with t he perfect Christmas. Their newfound partnership is put to the test when Dusty’s old-school, macho Dad (Mel Gibson) and Brad’s ultra-affectionate and emotional Dad (John Lithgow) arrive just in time to throw the holiday into complete chaos.

Pair of Zee Alexis Shoes - All 50 U.S. States - Getting on Travel 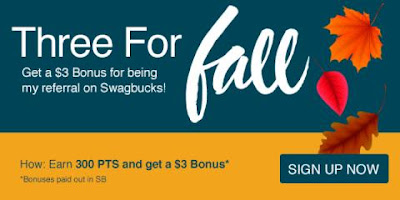 If you haven't tried Swagbucks before, you can get a bonus $3 for signing up during November as part of their Three for Fall promotion. Swagbucks is a rewards site where you earn points (called SB) for things you're probably doing online already, like searching, watching videos, discovering deals, and taking surveys. Then you take those points and exchange them for gift cards to places like Amazon, Starbucks, Walmart, Target, or PayPal cash.

When you sign up through me this month, you can earn a $3 bonus! Here's how:

3. If you want even more bonuses, you'll get a $10 (1000 SB rebate) bonus for making your first shop purchase! That's in addition to the SB you earn for every dollar you spend.

That's it. It's super easy, and Swagbucks is for real. I use it myself, and I've earned many Swagbucks that I've traded in to purchase Birthday gifts, Christmas gifts, ballet shoes and ballet clothing for my girls, and much, much more!

Posted by Heather Kelly at 7:50 AM 0 comments

Disclosure: I received a copy of "Kidnap" from Universal Pictures in exchange for my review post. No other compensation was exchanged or received.

Kidnap is now available for purchase on Digital, DVD & Blu-Ray! 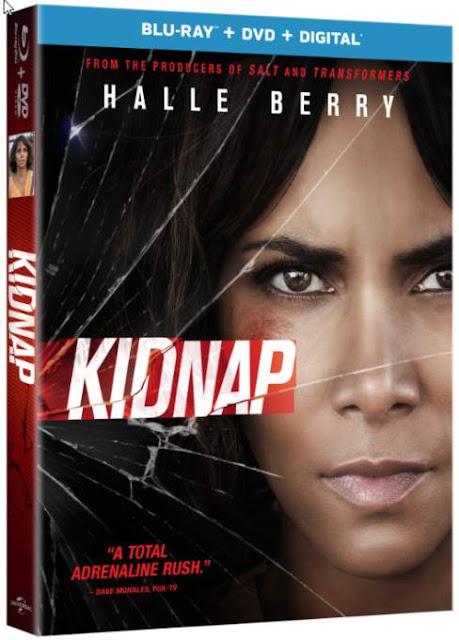 My Review:
"Kidnap" is action packed! As soon as her child is kidnapped, she jumps into action running after the vehicle that took her son. Then into her minivan to chase the vehicle that the kidnappers and her son are in. It's almost stressful watching this movie in the beginning. As other people end up getting into car accidents because of her actions to save her son. She gets a chance to talk to the kidnappers who want $10,000! So they offer to her to go with her to the bank to get the money. She lets one of the kidnappers into her vehicle and follows the male driver for a while. Then the female kidnapper hits her in the head a few times and then tries to strangle her while they are in a tunnel. Halle figures out how to open the minivan door and shoes the woman out onto the road. Then she puts the woman's jacket on and uses her arm to tell the male kidnapper to drive and she'll follow him. The driver finally realizes that the woman behind him isn't his partner. And he threatens to shove her son out the door of the vehicle while he's driving and he gets her to back off.

Will she find her son? How many people will she injure or kill trying to do so? Will something happen to her while she's trying to find him? Will she run out of gas? You will be sitting on the edge of your seat waiting to see what happens next!

Buy your copy of "Kidnap" on Digital, DVD or Blu-Ray today!

About the movie:
From the producers of Salt and Transformers, follow the intense journey as one mother shows how far she will go to save her child in the non-stop thrill ride, Kidnap, coming to Digital on October 17, 2017 and on Blu-rayTM, DVD and On Demand October 31, 2017 from Universal Pictures Home Entertainment. Produced by and starring Academy Award® winning actress Halle Berry, Kidnap is the story of a mother who must confront a parent’s biggest fear and the relentless pursuit that ensues as she grows increasingly empowered to rescue her child. Bring home the “intense, suspenseful and thrilling” (Dave Morales, Fox-TV) adventure on Blu-rayTM, DVD and Digital and discover a special behind-the-scenes featurette that takes viewers inside the film’s powerful story.

A typical afternoon in the park turns into a nightmare for single mom Karla Dyson (Academy Award® winner Halle Berry) when her son suddenly disappears.  Without a cell phone and knowing she has no time to wait for police help, Karla jumps in her own car and sets off in pursuit of the kidnappers. A relentless, edge-of-your seat chase ensues, where Karla must risk everything to not lose sight of her own son. In this tense, action-fueled thriller, from the producers of Salt and Transformers, one mother’s heroic attempt to take back her son leads her to ask herself how far she will go to save her child.

Enter below for a chance to Win your own copy of "Kidnap!" Giveaway is open to residents who live in the main 48 continental United States only, 18 years of age or older. Sorry, no P.O. Boxes.

God’s Big Plans for Me Storybook Bible - U.S. - In Our Spare Time *RC

eBook of "Cozy mystery Secrets and Pies" by Jenny Kales - All 50 U.S. States/Canada - View from the Birdhouse *RC

“We All Float Down Here” IT Enamel Pin, Blu-ray copy of Trick ‘r Treat and a Saint Benedict Medal (promotional piece for Annabelle: Creation) 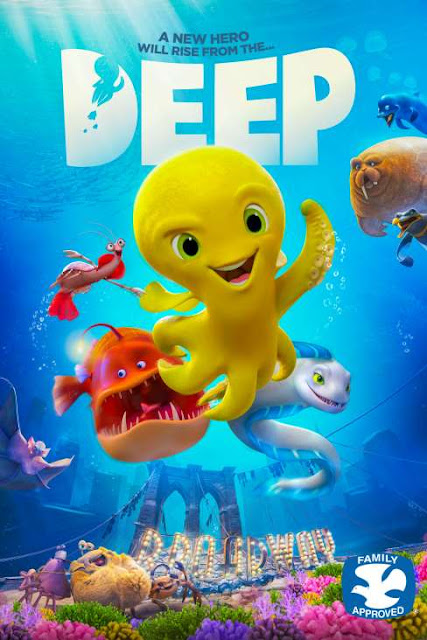 In the movie DEEP, everything in their world is great until the mountain under the sea that that all of the sea creatures live near explodes, with lava and the world around them begins to fall apart. Deep is the name of a cute, little yellow Octopi! Can Deep and his friends help save their home? This movie is super cute. It's worth taking the time to watch it.

When a playful octopus named Deep gets his undersea fish colony in trouble, the tribe’s stern leader Kraken orders Deep to go find help. Joined by his splashy BFFs—a sassy shrimp and a silly anglerfish—Deep takes an epic, colorful journey through submerged cities and sunken ships, where they meet outrageous creatures that help the trio on its way. Throughout the adventure, Deep and his buddies laugh, sing, and bond with one another, proving that friendship can be a very “deep” subject.

The Man Who Invented Christmas - Movie, in Theatres November 22! #InventingChristmas

THE MAN WHO INVENTED CHRISTMAS 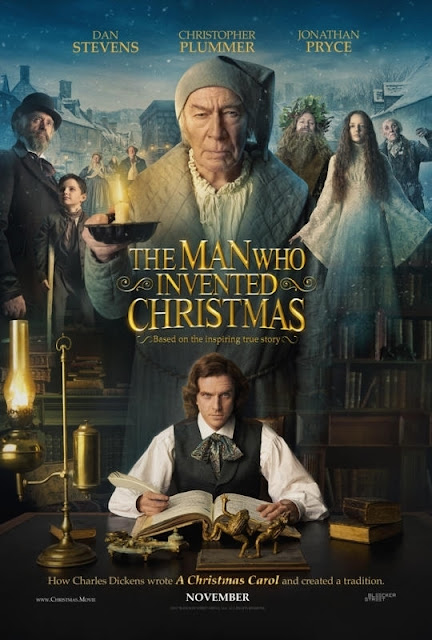 Synopsis:
The Man Who Invented Christmas tells of the magical journey that led to the creation of Ebenezer Scrooge (Christopher Plummer), Tiny Tim and other classic characters from A Christmas Carol. Directed by Bharat Nalluri (MISS PETTIGREW LIVES FOR A DAY), the film shows how Charles Dickens (Dan Stevens) mixed real life inspirations with his vivid imagination to conjure up unforgettable characters and a timeless tale, forever changing the holiday season into the celebration we know today.

Watch the magical world of Charles Dickens come to life in the Official Trailer:

Make Your Own Lemonade Stand From Antsy Pants - U.S. - GayNYCDad