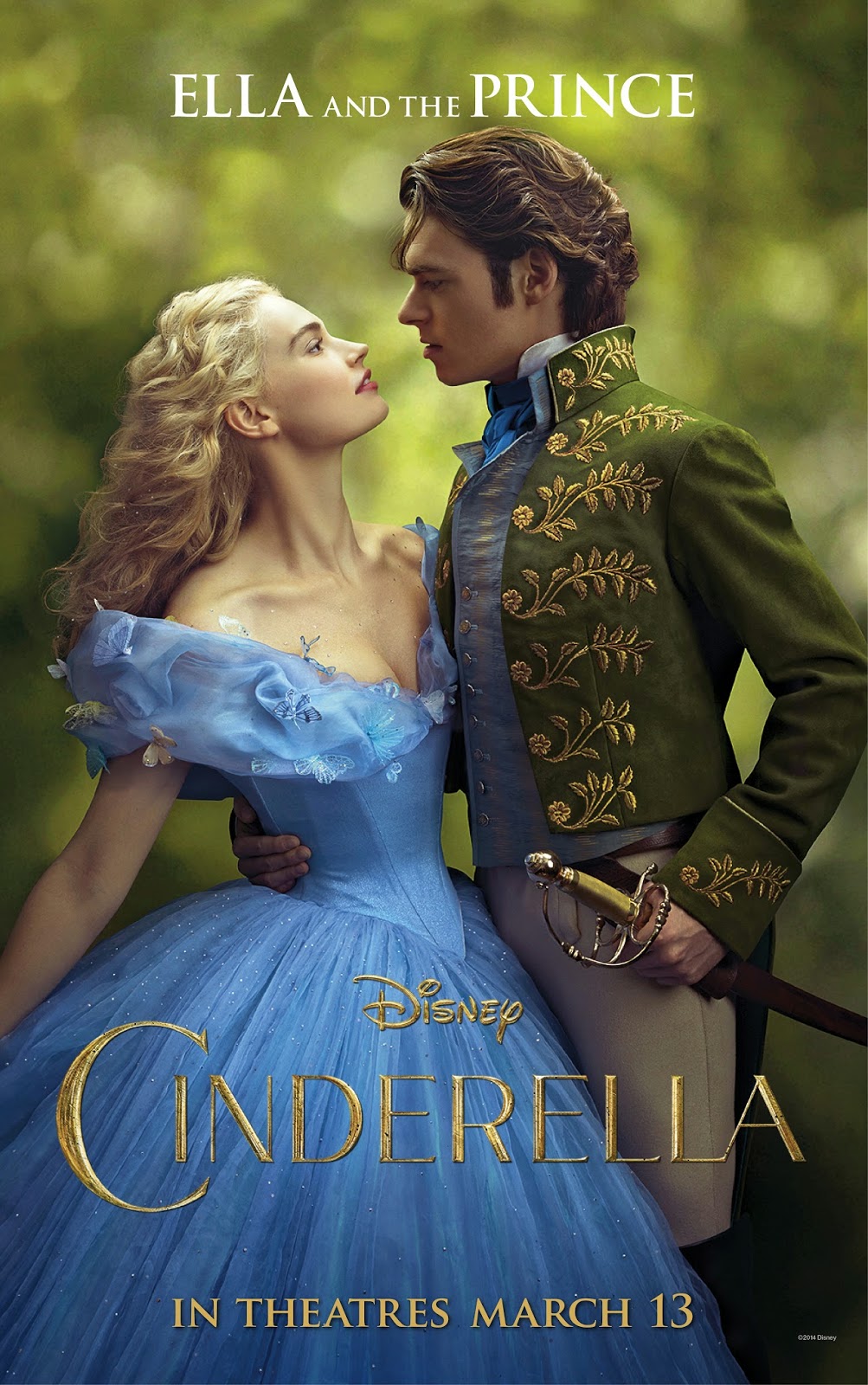 The wait is finally over and CINDERELLA (along with the new short FROZEN FEVER) is now playing in theaters everywhere!!! And in celebration, here are some fun activity sheets including word searches, mazes, arts & crafts, etc. Please email me at mysticbutterfly37 at yahoo.com if this don't or won't print out and I will personally email you the zip file! 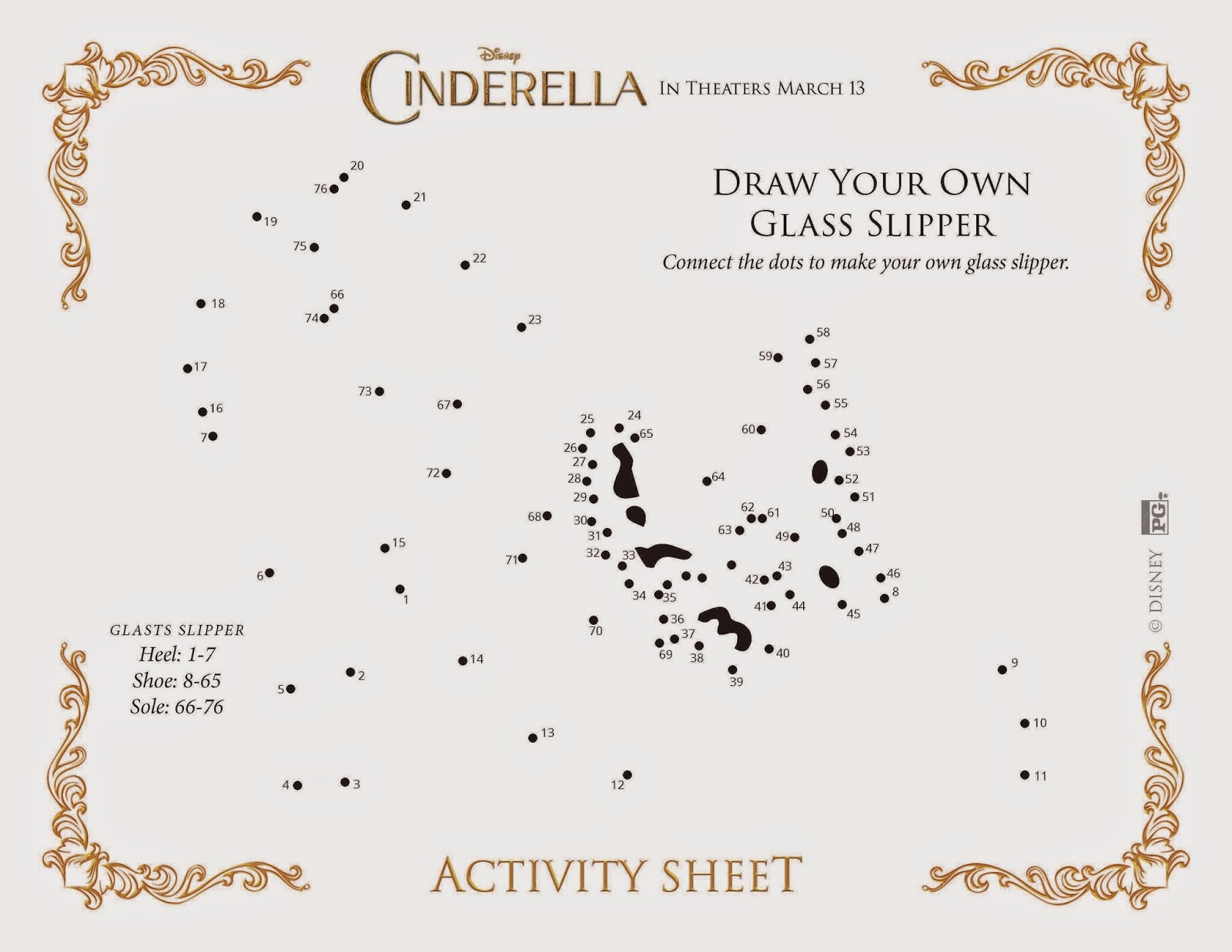 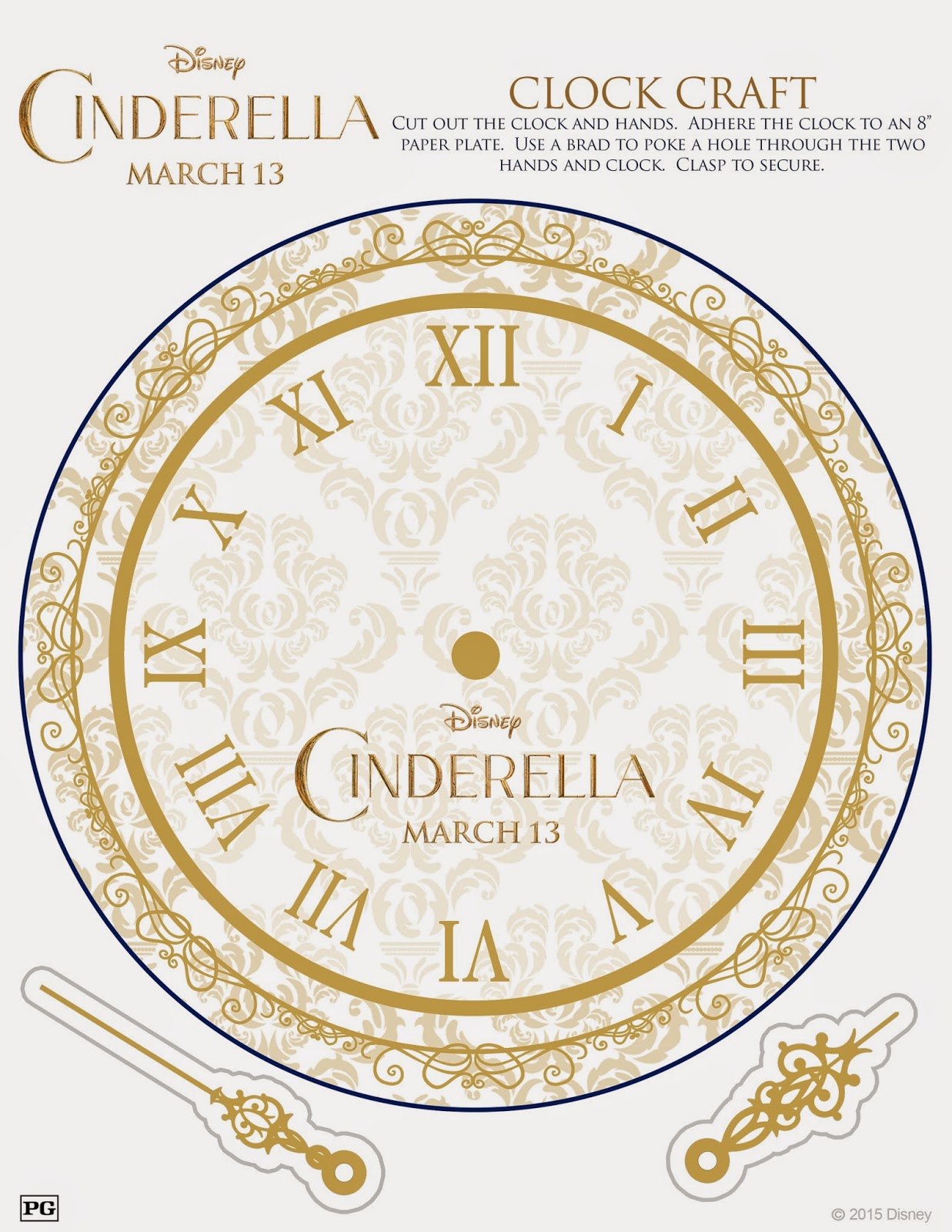 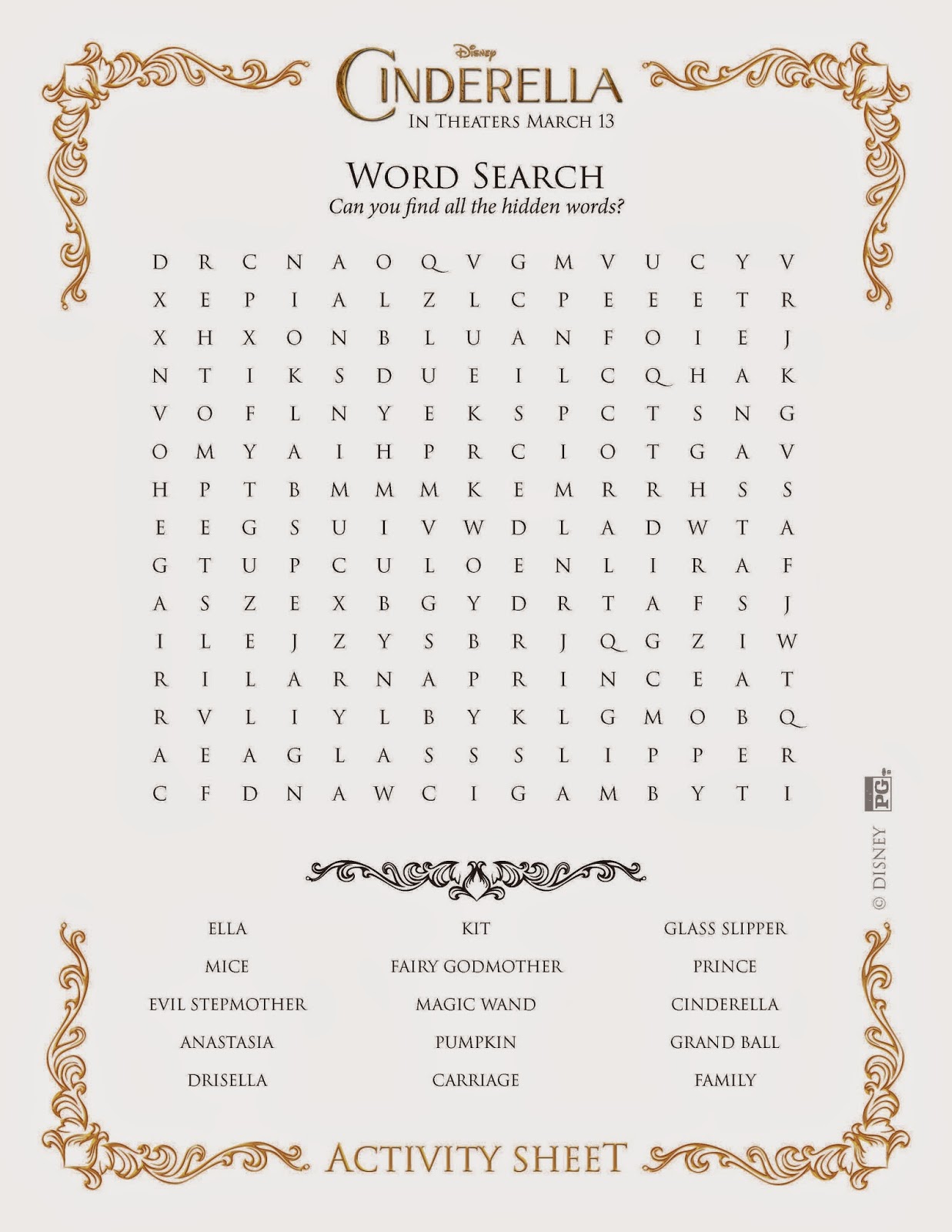 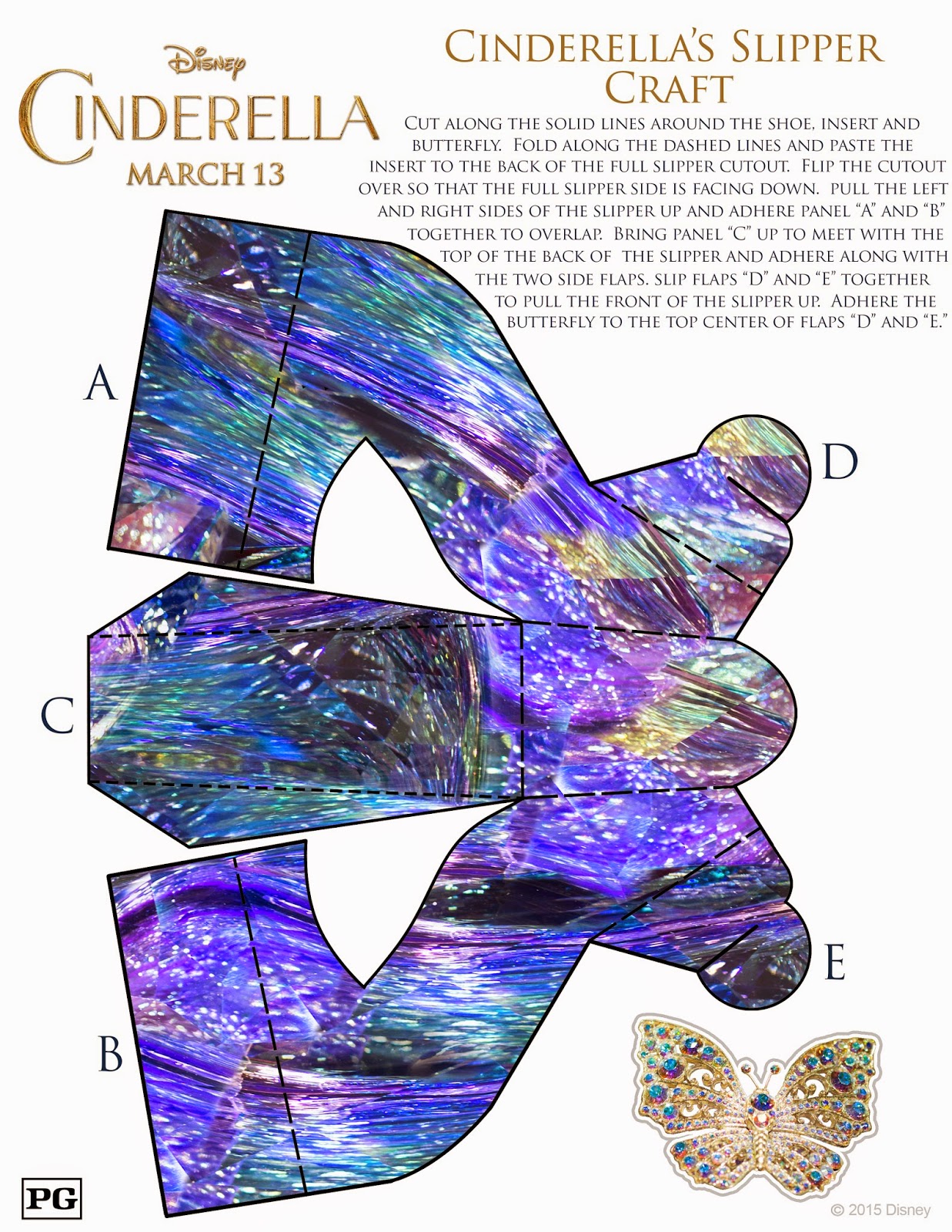 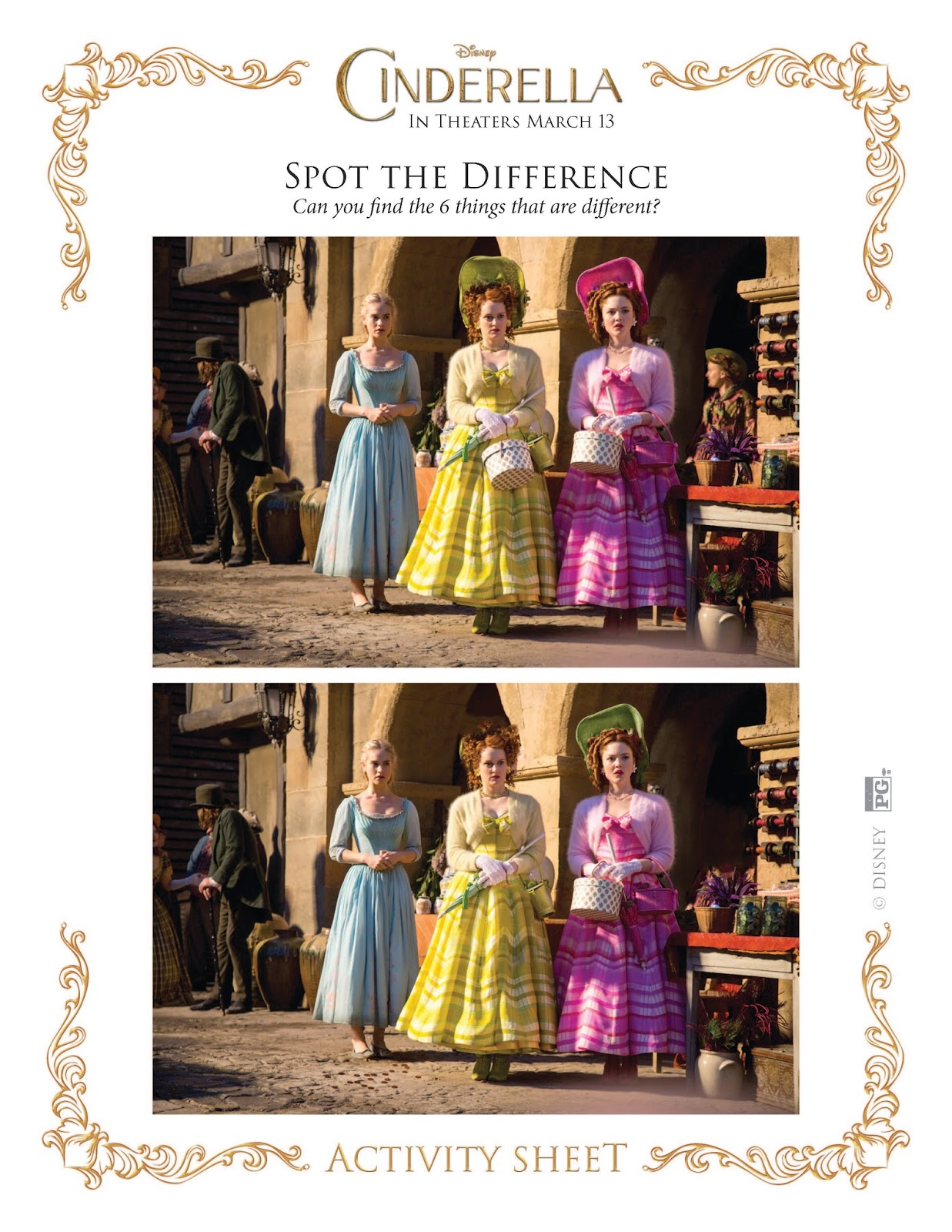 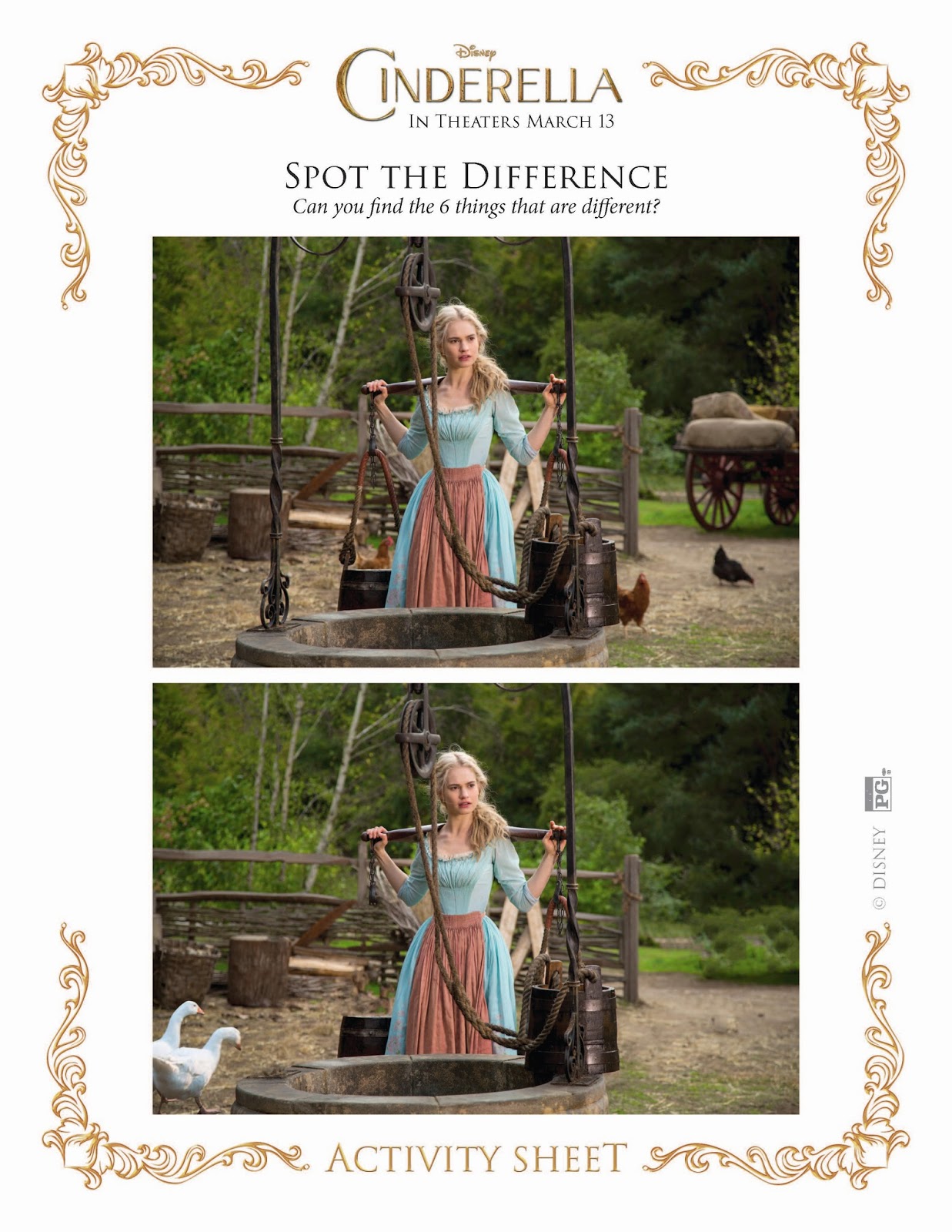 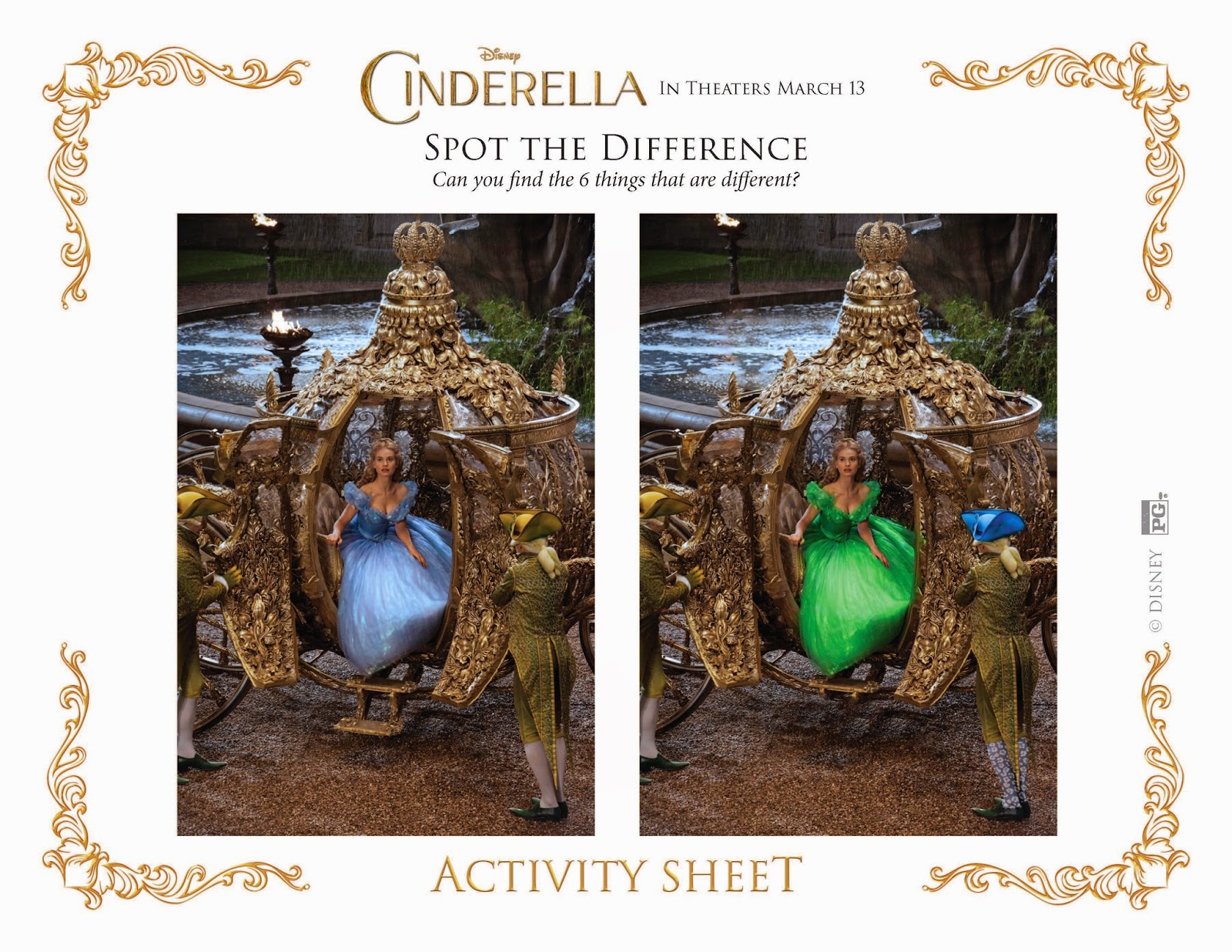 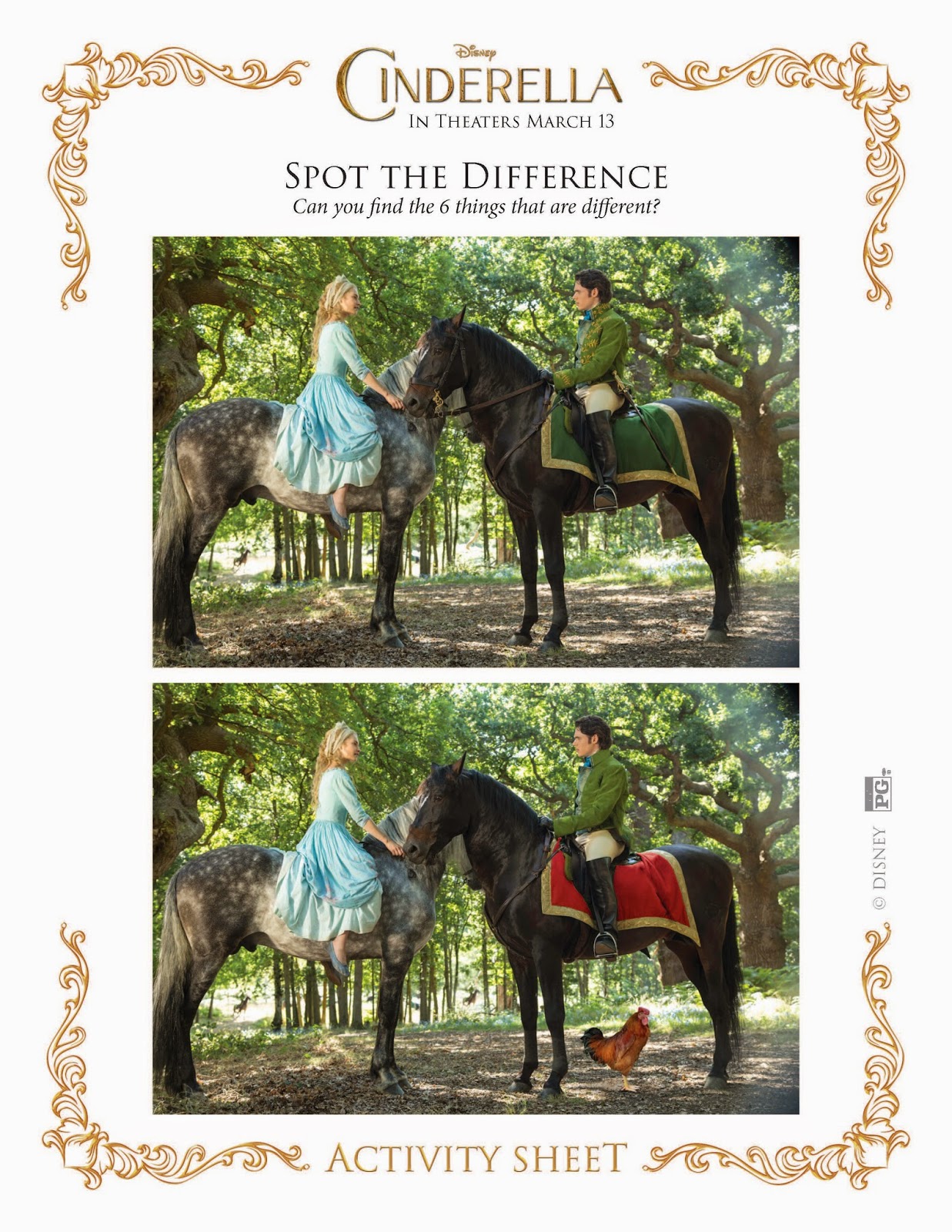 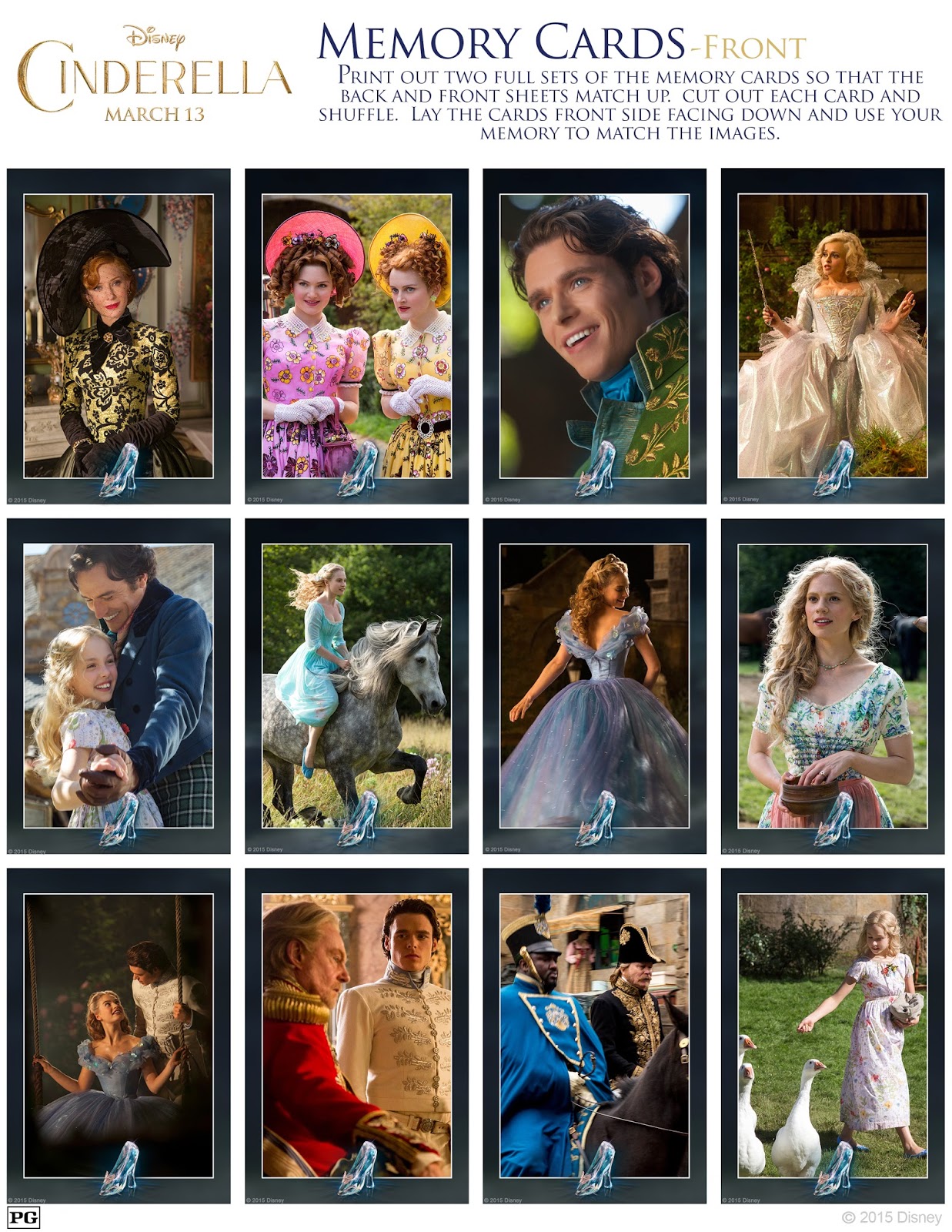 
Giveaways With Over 180 Entries, but under 500:
Piczzle Personalized cardboard Puzzle - U.S. - Polkadotpinks *GL

Set of all Three Berenson Schemes books: Jack The Castaway, Jack and the Wildlife, Jack at the Helm - U.S. - Just A Little Creativity *RC

Disney's Frozen 2 Is In The Works! 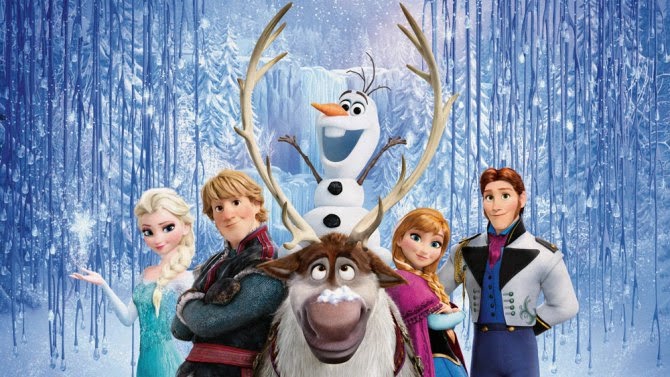 The news was announced at Disney’s Annual Meeting of Shareholders this morning by Bob Iger, Chairman and Chief Executive Officer of The Walt Disney Company; John Lasseter, Chief Creative Officer of Walt Disney and Pixar Animation Studios; and actor Josh Gad, who provides the voice of Olaf from Frozen.

“We enjoyed making Frozen Fever so much and being back in that world with those characters,” said John Lasseter. “Jennifer Lee and Chris Buck have come up with a great idea for a sequel and you will be hearing a lot more about it and we’re taking you back to Arendelle. We are so excited about that.”

A release date and production details are yet to be announced.

About The Flintstones & WWE: Stone Age SmackDown:
When Fred loses his family's vacation money, he hatches one of his hair brained plans to get it back. It's a sports entertainment spectacle that involves throwing his best bud, Barney into the wrestling ring with the likes of John Cenastone (John Cena), Rey Mysteriopal (Rey Mysterio) and even The Undertaker, with Fred himself as event promoter! The crowds roar, the "clams" are pouring in from ticket sales and even Mr. McMagma (Vince McMahon) is taking notice of all the hoopla. Including all-star appearances from The Boulder Twins (Brie and Nikki Bella) Marble Henry (Mark Henry) and Daniel Bry-Rock (Daniel Bryan), it's time to get the whole family together for hard-hitting, side-splitting laughs from the most epic event in all of prehistory!

Enter for a chance to win your own copy of "The Flintstones & WWE Stone Age Smackdown" on Blu-Ray/DVD Combo Pack by leaving a comment. Sorry I am going this the old fashioned way!

MANDATORY ENTRY:
1) Take the quiz and comment with your Stone Age Smackdown Star alter-ego! (Please post your email address like this: bob at gmail.com, or something similar so that I can email you if you win!)

*Each household is only eligible to win The Flintstones & WWE Stone Age Smackdown Blu-Ray via blog reviews and giveaways. Only one entrant per mailing address per giveaway. If you have won the same prize on another blog, you will not be eligible to win it again. Winner is subject to eligibility verification. Open to residents in the main 48 continental United States only.


Disclosure: I received a copy of  The Flintstones & WWE Stone Age Smackdown Blu-Ray/combo pack in exchange for my post. No other compensation was exchanged or received. 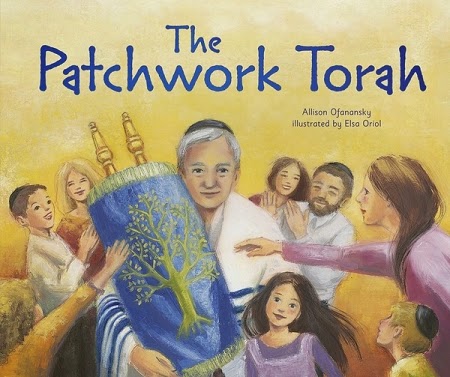 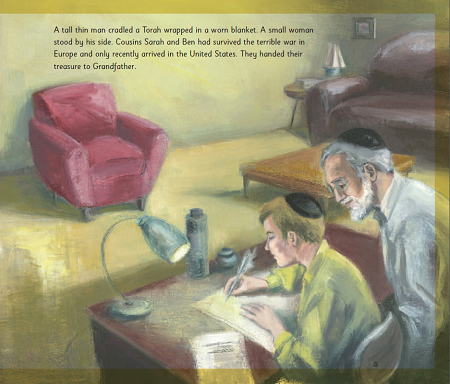 Information about the book:
As a child, David watches his grandfather, a Torah scribe or sofer, finish a Torah scroll for the synagogue. "A Torah is not something to be thrown away," his Grandfather explains in The Patchwork Torah. David's grandfather carefully stores the old Torah where his new one used to be in his cabinet. As David's grandfather is hoping to one day repair the letters so the Torah can be used again.

David grows up and becomes a sofer just like his grandfather. Through the years, people bring him damaged Torahs they have saved from danger and disaster - one damaged by Nazi soldiers during World War II, one damaged in a fire in a synagogue and one in flooding during Hurricane Katrina. David stores each of these precious Torahs in his cabinet, until his granddaughter Leah gives him the idea to make a recycled Torah from the salvaged Torah scrolls. 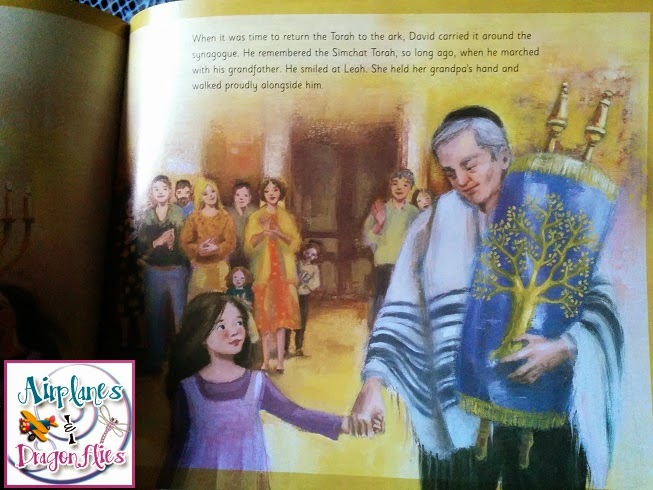 My Review:
I know a little bit about the Jewish religion and heritage. But I had no idea the significance of Torah, or that Jewish people danced with it! So exciting! Sounds like fun to me! I also think that it's super awesome that the letters and words on the Torah are written in Hebrew. David the boy in the story's grandfather taught him how to sharpen the quills and how to use them to write Hebrew letters on a scrap of paper.

The Patchwork Torah explains about the war with the Nazi's and a little about the Holocaust, how Jewish people had to hide themselves and how each Torah had it's own story and history. The last Torah in the story comes from Hurricane Katrina. Which helps to tie the past stories of the book into the present.


About the Author
Allison Ofanandky was born in the United States, and now lives in the village of Kaditah, Israel near the mystical city of Tzfat, with her husband and daughter. They enjoy hiking the hills of the Galilee and gathering and eating the fruits that grow there. They are involved in many environmental and eco-peace projects. Allison is the author of Kar-Ben's "Nature in Israel Holiday Series" that includes "Harvest of Light," "Sukkot Treasure Hunt," "What's the Buzz: Honey for a Sweet New Year" and "Cheesecake for Shavuot."

About the Illustrator
Elsa Oriol completed her studies in Graphic Arts, Interiors Architecture and Decorative Painting in France. After working as an interiors architect, she now dedicates her time to painting and illustration. She works in acrylics and gouache.

From the Jewish Book World - "Through its serene, oil, painted illustrations and warm language, The Patchwork Torah demonstrates the importance of cycles in Judaism - the cycle of the reading of the Torah ending and beginning on the holiday of Simchat Torah, the cycle of the generations and re-cycling."

Purchase your copy of "The Patchwork Torah" today on amazon.com ($7.52 for paperback), at Karben.com and a book retailers near you.

Posted by Heather Kelly at 9:37 AM 0 comments 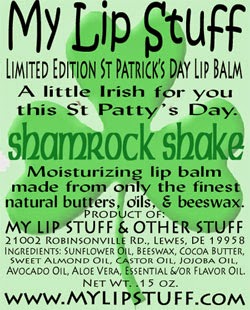 Say Kiss Me I'm Irish - with My Lip Stuff,
& get your lips ready for all that puckering!

Posted by Heather Kelly at 8:43 AM 0 comments

Disney/Pixar’s "INSIDE OUT" Movie Trailer! #InsideOut 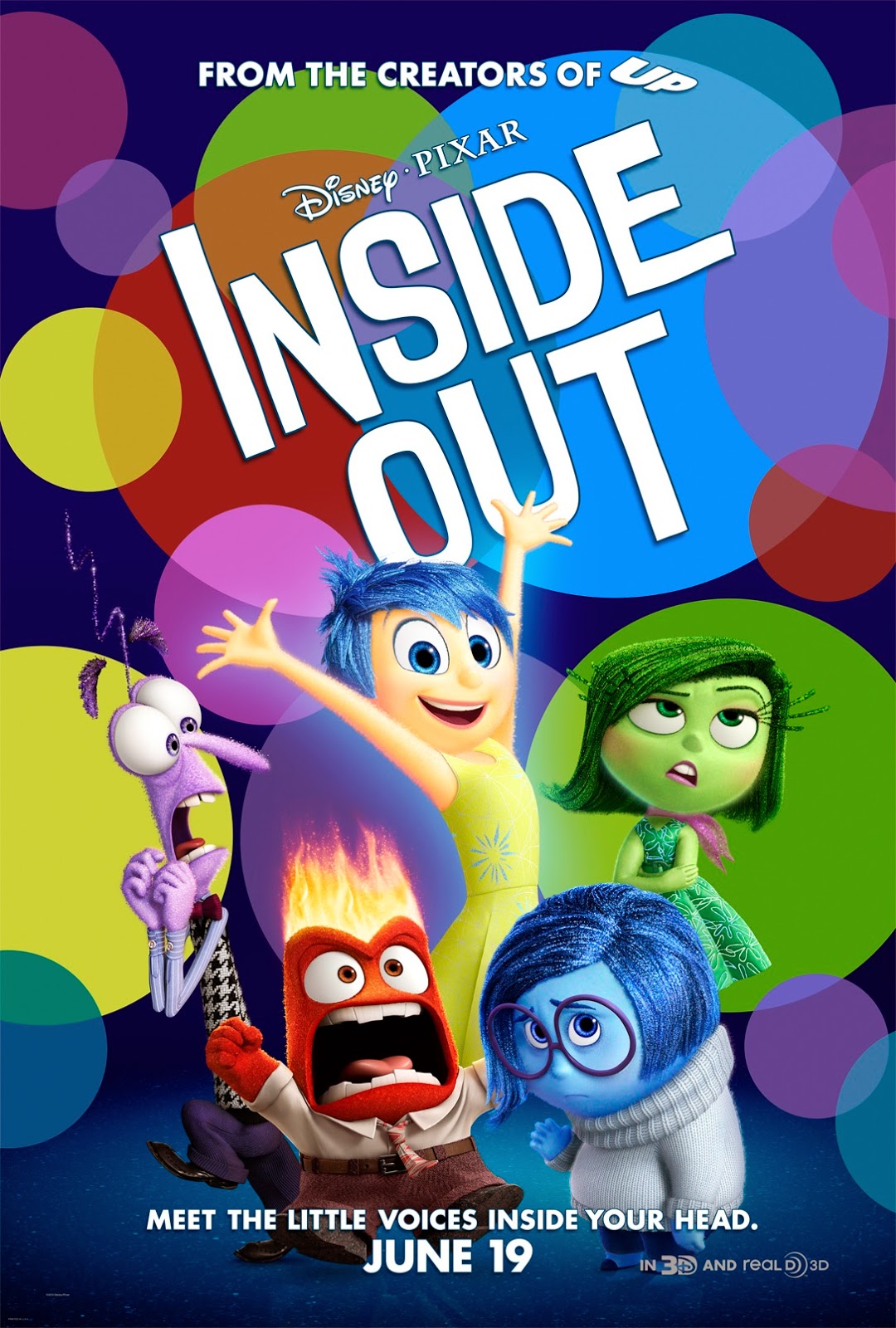 From an adventurous balloon ride above the clouds to a monster-filled metropolis, Academy Award®-winning director Pete Docter (“Monsters, Inc.,” “Up”) has taken audiences to unique and imaginative places. In Disney•Pixar’s original movie “ Inside Out,” he will take us to the most extraordinary location of all—inside the mind. 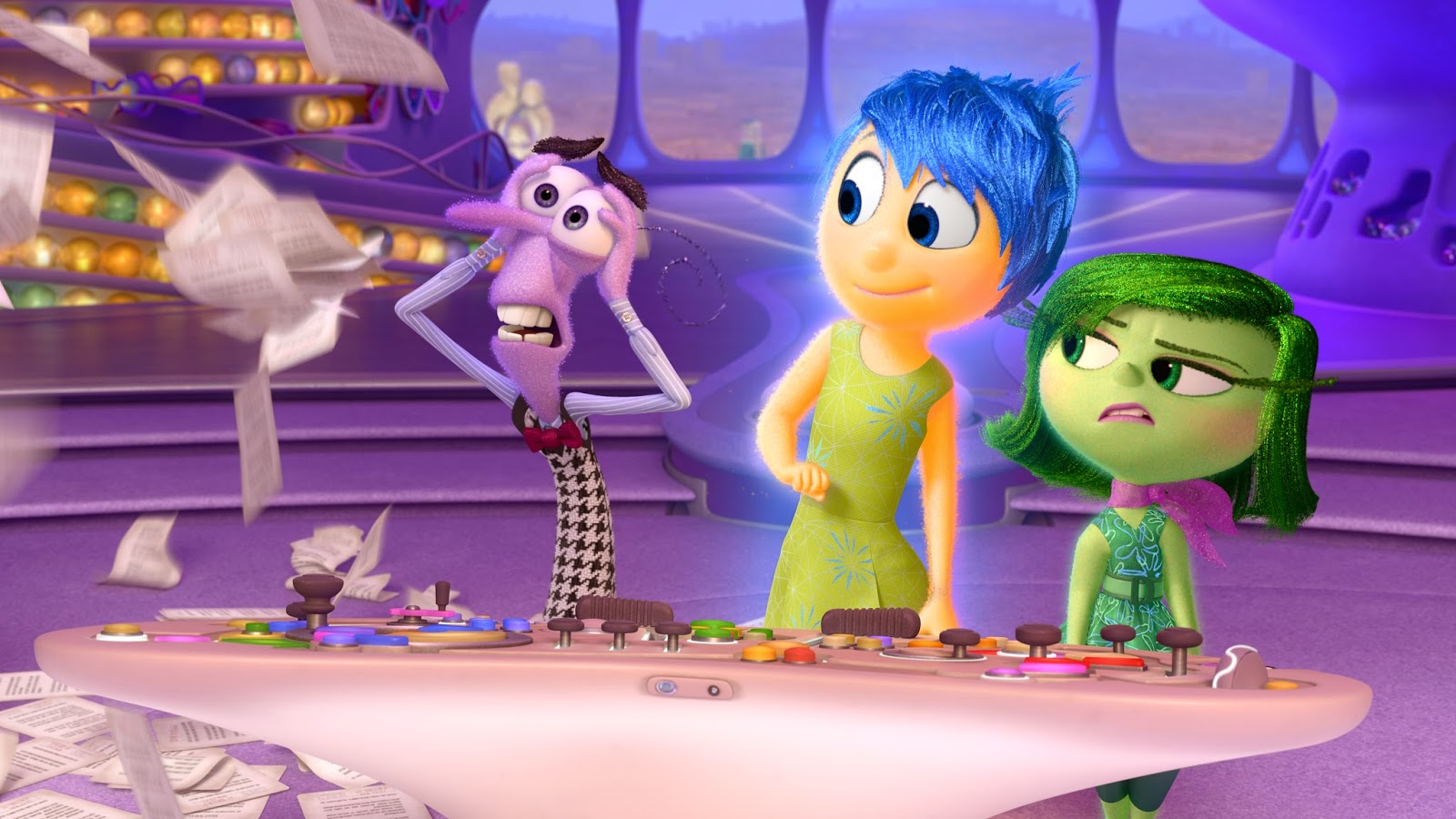 Growing up can be a bumpy road, and it's no exception for Riley, who is uprooted from her Midwest life when her father starts a new job in San Francisco. Like all of us, Riley is guided by her emotions – Joy (Amy Poehler), Fear (Bill Hader), Anger (Lewis Black), Disgust (Mindy Kaling) and Sadness (Phyllis Smith). The emotions live in Headquarters, the control center inside Riley’s mind, where they help advise her through everyday life. As Riley and her emotions struggle to adjust to a new life in San Francisco, turmoil ensues in Headquarters. Although Joy, Riley's main and most important emotion, tries to keep things positive, the emotions conflict on how best to navigate a new city, house and school.

INSIDE OUT opens in theatres everywhere on June 19th!

Posted by Heather Kelly at 8:27 AM 0 comments

Disney's "TOMORROWLAND" Movie Trailer & Q & A With The Director Brad Bird and Producer Damon Lindelof! Comes Out On 5/22! 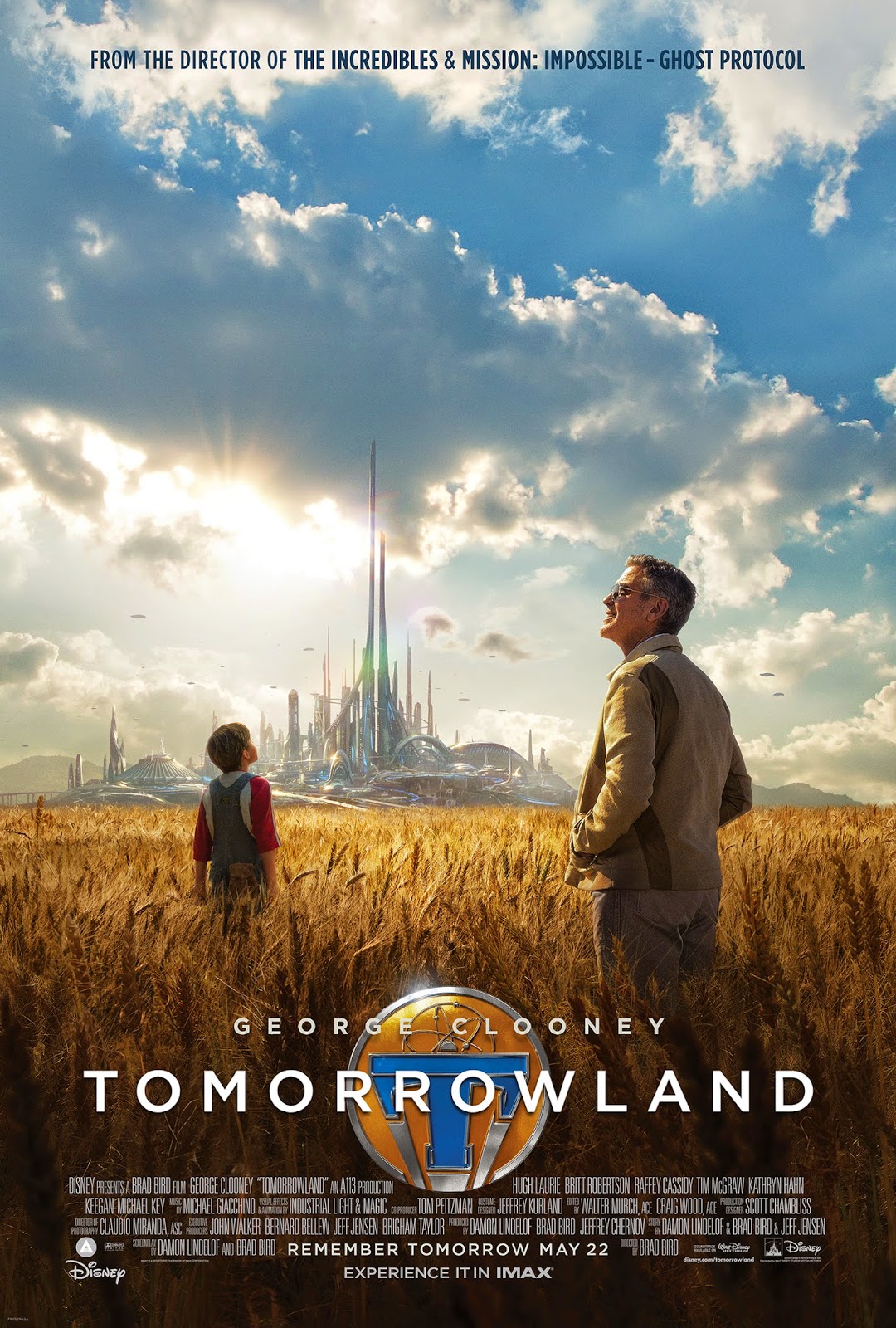 STORY SYNOPSIS:
From Disney comes two-time Oscar® winner Brad Bird’s riveting, mystery adventure “Tomorrowland,” starring Academy Award® winner George Clooney. Bound by a shared destiny, former boy-genius Frank (Clooney), jaded by disillusionment, and Casey (Britt Robertson), a bright, optimistic teen bursting with scientific curiosity, embark on a danger-filled mission to unearth the secrets of an enigmatic place somewhere in time and space known only as “Tomorrowland.” What they must do there changes the world—and them—forever.

Featuring a screenplay by “Lost” writer and co-creator Damon Lindelof and Brad Bird, from a story by Lindelof & Bird & Jeff Jensen, “Tomorrowland” promises to take audiences on a thrill ride of nonstop adventures through new dimensions that have only been dreamed of.

TOMORROWLAND opens in theaters everywhere on May 22nd!

Posted by Heather Kelly at 8:13 AM 0 comments 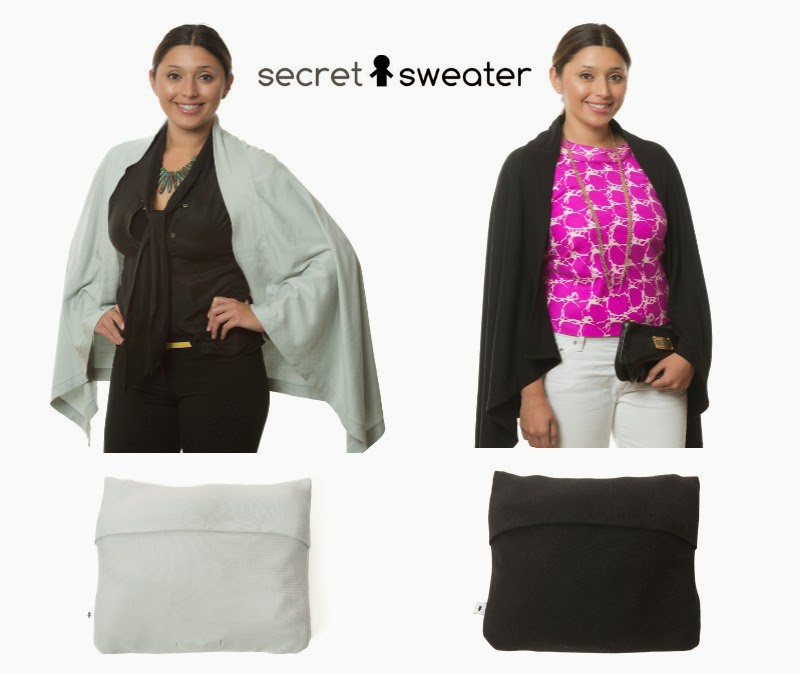 Posted by Heather Kelly at 6:23 AM 0 comments

Five Travel Hacks You'll Love
1. Roll; Don't Fold
As you pack, roll your clothes instead of folding them. You'll be able to fit up to two times the amount of clothing by rolling them as you would by folding them.

2. Pack your "Iron"
And by iron, we mean Downy Wrinkle Releaser Plus. The 3 oz travel size meets airline standards. Slip it into your carry-on bag, and with a simple spray, you'll be wrinkle free all trip long. (It's also a great fabric refresher if you have to wear your clothes more than once on vacation.) Click here to read more and grab a coupon.

3. Bring an Empty Water Bottle
After you get through security, several airports have filtered water stands to fill your bottle. You'll also find that most airport cafes will gladly fill your water bottle as well.

4. Snap a Picture
If you're checking your luggage, snap a picture of your suitcase contents before you leave the house. If the airline loses your luggage, you'll be able to use the picture to prove the value of the contents.

5. BYO Blanket
Blankets on airlines are hard to come by these days - and they're not always washed between flights. If you tend to get cold on planes, or you're going to be flying overnight, pack your own blanket to stay comfortable.


Enter to Win a Travel Pack from Downy Wrinkle Releaser Plus!

One lucky winner will receive a travel pack valued at $150, including a travel tote, a Tervis Tumbler, Downy Wrinkle Releaser Plus and a $50 Target gift card.

Complete the form below to enter. Good luck!

"How To Behave At a Tea Party" - children's book - by Madelyn Rosenberg - U.S. - Good Reads With Ronna *RC

Sampler Pack of Reed’s Ginger Brews - U.S. - For the Love of Food *RC

Sampler Pack of Reed’s Ginger Brews - U.S. - For the Love of Food *RC

Giveaways With Over 180 Entries, but under 500:
Tinker Bell and the Legend of the NeverBeast Combo Pack - U.S. - Enza's Bargains *RC

Giveaways With Over 180 Entries, but under 500:
Peppa Pig: Muddy Puddles DVD and the Guess How Much I Love You – The Adventure of Little Nutbrown Hare– Someone Special DVD (@10:59pm CST) - U.S. - Nicole's Nickels *GT