Light Box (great for teachers, homeschoolers, or parents who like to post little messages for their family) - U.S. - Mrs. Price's Kindergators *RC 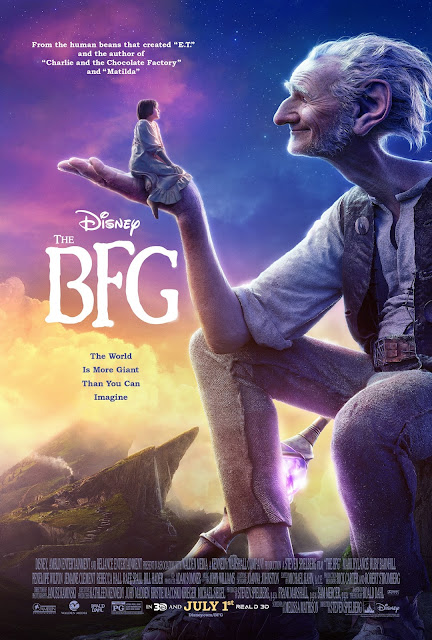 My Review:
I love The BFG! I haven't read any of the BFG books. I have seen that there's two though! Maybe The BFG 2 movie is in our future!

We took our three children to see it with us, Hailey is almost four, Chloe is six and Matthew is eight. They all loved it too! No one dies in the movie, which is great! There really wasn't anything scary in the movie at all. Hailey didn't even find the part where the giants were searching for Sophie, scary at all! (Another blogger posted that this part in the movie might scare small children. None of the children in the movie theater seemed scared at all.)

Take tissues, as there's a hilarious part that will have you laughing so hard that you'll be crying. Well, I was almost crying from laughing so hard. It was so funny! But that's all I can say! When you go see The BFG, come back to my blog and tell me what a snozzcumber and whizzpopper is! It won't be hard to remember them at all.

The BFG is Magical, Sweet, Heartwarming, Adventurous, and more! The graphics are amazing! What a beautiful story. Take your whole family, young and old, this weekend to go see The BFG! You won't be disappointed!

Info about The BFG movie:
The BFG (Mark Rylance), while a giant himself, is a Big Friendly Giant and nothing like the other inhabitants of Giant Country. Standing 24-feet tall with enormous ears and a keen sense of smell, he is endearingly dim-witted and keeps to himself for the most part. Giants like Bloodbottler (Bill Hader) and Fleshlumpeater (Jemaine Clement) on the other hand, are twice as big and at least twice as scary and have been known to eat humans, while the BFG prefers Snozzcumber and Frobscottle. Upon her arrival in Giant Country, Sophie, a precocious 10-year-old girl from London, is initially frightened of the mysterious giant who has brought her to his cave, but soon comes to realize that the BFG is actually quite gentle and charming, and, having never met a giant before, has many questions. The BFG brings Sophie to Dream Country where he collects dreams and sends them to children, teaching her all about the magic and mystery of dreams.

Having both been on their own in the world up until now, their affection for one another quickly grows. But Sophie’s presence in Giant Country has attracted the unwanted attention of the other giants, who have become increasingly more bothersome. Says Spielberg, “It’s a story about friendship, it’s a story about loyalty and protecting your friends and it’s a story that shows that even a little girl can help a big giant solve his biggest problems.” Sophie and the BFG soon depart for London to see the Queen (Penelope Wilton) and warn her of the precarious giant situation, but they must first convince the Queen and her maid, Mary (Rebecca Hall), that giants do indeed exist. Together, they come up with a plan to get rid of the giants once and for all.

Roald Dahl’s “The BFG” (Big Friendly Giant) was first published in 1982 and has been enchanting readers of all ages ever since. Dahl’s books, which also include “Charlie and the Chocolate Factory,” “James and the Giant Peach” and “Matilda,” are currently available in 58 languages and have sold over 200 million copies worldwide. Originally created as a bedtime story, “The BFG” was Dahl’s own favorite of all his stories. “It was very important for us to be loyal to the language,” says Spielberg, “and the great writer Melissa Mathison, who also wrote ‘E.T.: The Extra-Terrestrial,’ wrote ‘The BFG.’”

"Sleepless in Manhattan" by Sarah Morgan - book - All 50 U.S. States/CAN - View from the Birdhouse *RC

Warner Bros. Home Entertainment provided me with free copies of the DVD I am giving away in this Giveaway Post. The opinions I share are my own. 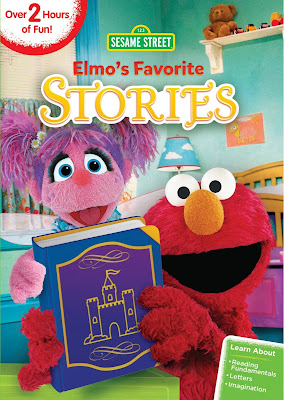 
Includes Over Two Hours of Fun with Your Furry Red Friend Elmo and Your Favorite Sesame Street Friends!

Sesame Street: Elmo’s Favorite Stories is a compilation of engaging and educational stories for preschool children.  In one story, a disagreement arises between Big Bird and Elmo as they are about to act out one of Elmo’s favorite stories, “Maria the Cowgirl.” In another story Abby recalls that green creatures are often princes in disguise! Abby soon concludes that Oscar could be a frog—he is green isn’t he?—and therefore is also an enchanted prince! She thinks that a kiss is the only way to break the spell and turn Oscar back into Prince Oscar. Children will learn early reading skills such as letter recognition, letter sounds, and story structure (beginning/middle/end) as the Sesame friends use their imaginations to make up and act out all kinds of stories.

Now in its 46th season, Sesame Street is the longest-running program in children’s television.  The series has received more Emmy awards than any other show in television history, as well as a Lifetime Achievement Emmy Award honoring the 40th year.

Enter below using the Giveaways Tools Form for a chance to Win your own copy of "Sesame Street: Elmo’s Favorite Stories on DVD" (3 Winners)! Giveaway ends 7/10/16, open to residents in all 50 U.S. States only, no P.O. Boxes.

Disclosure: I haven't received any compensation for hosting this giveaway or posting about the above DVD. I was asked by Warner Bros. if I wanted to host a giveaway for three copies, and I said yes.

"The Vanishing Throne" by Elizabeth May - book - U.S. - tales of the ravenous reader *RC