The American Freedom Tour will continue its path through the Southern states with the upcoming event in Memphis, Tennessee.

Memphis will host the American Freedom Tour on Saturday, June 18th, at the Landers Center. 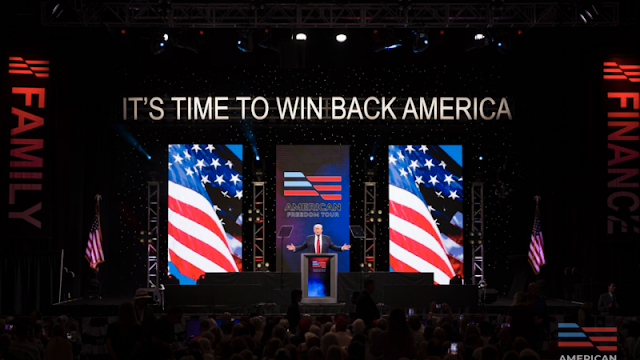 With Independence Day right around the corner, the American Freedom Tour will rally freedom-loving Americans together in defense of Faith, Family, and Freedom. The historic event will celebrate America’s history and lift up the country’s future.

Thousands of Americans will join together, led by some of the nation’s fiercest conservative leaders, including:

Sheriff Mark Lamb (from Pinal County, Arizona, where I live!)

With only 5,000 seats available for the event, organizers encourage reservations for all those interested in attending. The event will mark the 7th event in what will be dozens across the country. If you can’t attend the Memphis American Freedom Tour, check out the link below for upcoming events.