Second Season of "Sofia The First" Starts March 7th On The Disney Channel!

The new season includes appearances by Disney Princesses Mulan (voiced by Ming-Na Wen), Tiana (voiced by Disney Legend Anika Noni Rose) and Rapunzel (voiced by Mandy Moore). The guest voice cast for season two includes Alyson Hannigan ("How I Met Your Mother") as a young faun who always felt she wasn't special enough; Ginnifer Goodwin ("Once Upon A Time") as the castle's kitchen maid who aspires to be an inventor; Melissa Rauch ("The Big Bang Theory") as Ruby's fairy godmother; Anna Camp and John Michael Higgins (both of "Pitch Perfect") as a charmingly sinister princess and a tall fire-breathing dragon; Isla Fisher ("The Great Gatsby") and Sean Astin ("Lord of the Rings") as two adventurous young sprites; Nick Offerman ("Parks and Recreation") as a well-connected fox who reigns over Enchancia's woodland creatures; Robert Morse ("Mad Men") as an elderly retired sorcerer; Christian Borle ("Smash") as an ambitious, young castle steward out to take Baileywick's job; Oliver Platt ("The West Wing") as a sickly old dragon; Tracey Ullman ("The Tracey Ullman Show") as a happily wicked witch; and Phylicia Rashad ("The Cosby Show") as a cranky ice witch who eventually allows her heart to be melted by the power of music.

Created for kids 2-7 and their parents/caregivers, "Sofia the First" tells the story of an ordinary girl who becomes a princess and, throughout her journey, learns that possessing the characteristics of a true princess – honesty, loyalty, compassion and grace – is what makes one truly royal. The series stars the voices of Ariel Winter as Sofia, Sara Ramirez as Queen Miranda, Wayne Brady as Clover, Tim Gunn as Baileywick, Darcy Rose Byrnes as Amber, Zach Callison and Tyler Merna as James, Travis Willingham as King Roland II, and Jess Harnell as Cedric. Recurring guest stars include Eric Stonestreet, Ellie Kemper, Viola Davis and Bonnie Hunt.

In the season two premiere episode, "Two Princesses and a Baby," Amber asks royal sorcerer Cedric to cast a magic spell that will give her and twin James separate birthdays so that she can celebrate the day all by herself. After the spell accidentally turns James into a baby, Sofia helps Amber realize how special it is to have a twin, and then they work together to help Cedric reverse his spell. The episode features the songs "Sisters and Brothers" performed by Sofia and "Two By Two" performed by Amber.

Then, in "The Enchanted Feast," Snow White appears to help Sofia learn the importance of trusting one's instincts after she suspects that a visiting sorceress is not who she says she is. Snow White is voiced by Katie Von Till and Megan Mullally ("Will and Grace") recurs in the episode as Miss Nettle, an evil fairy who disguises herself as a powerful sorceress to attempt to steal Sofia's magical amulet.

"Sofia the First" is executive-produced by Craig Gerber ("Pixie Hollow Games") and Jamie Mitchell ("Special Agent Oso"), who also serve as story editor and director, respectively. John Kavanaugh ("Winnie the Pooh: Springtime with Roo") serves as songwriter/music director and Kevin Kliesch ("Tangled Ever After") is the composer. "Sofia the First" is a production of Disney Television Animation.

Disney Junior reflects the emotional connection generations of consumers have to Disney storytelling and Disney characters, both classic and contemporary. It invites mom and dad to join their child in the Disney experience of magical, musical and heartfelt stories and characters, while incorporating specific learning and development themes designed for kids age 2-7. Disney Junior's series blend Disney's unparalleled storytelling and characters kids love deeply with learning, including early math, language skills, healthy eating and lifestyles, and social skills. In the U.S., Disney Junior is a daily programming block on Disney Channel and a 24-hour channel. There are 33 Disney Junior channels in 24 languages around the world. 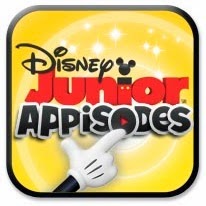 The second Sofia the First "appisode" is now available on the Disney Junior Appisodes app for iPad, iPhone, and iPod touch. In "The Great Aunt-Venture," Sofia reluctantly agrees to help her Aunt Tilly (voiced by Bonnie Hunt) bake a pie, but this is no dull day in the kitchen. In search of the perfect apples, Sofia and Aunt Tilly end up on a journey full of unexpected obstacles that kids can help Sofia navigate. The Disney Junior Appisodes app offers true interactive viewing for young fans to touch, tap, swipe, tilt, shake and talk their way through various fun-filled activities embedded into full episodes of some of their favorite Disney Junior shows.

I Have My First #DisneySide Party Sponsor! 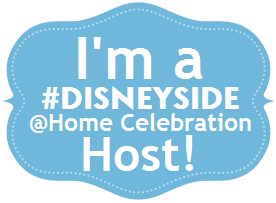 When I found out that I was chosen to host a Disney Side party, I emailed a few companies and asked if they would like to be apart of it, and I received my first yes today!!! (Check out my first post about what Disney sent me to decorate with and the goodies to share with my party guests!)

My first Disney Side party Sponsor is: Goo Goo Cluster! Did you know that Goo Goo Clusters are made locally here in Nashville, Tennessee? They also celebrated their 100th year anniversary in 2012! Goo Goo Clusters come in three flavors: Original, Supreme, and Peanut Butter! 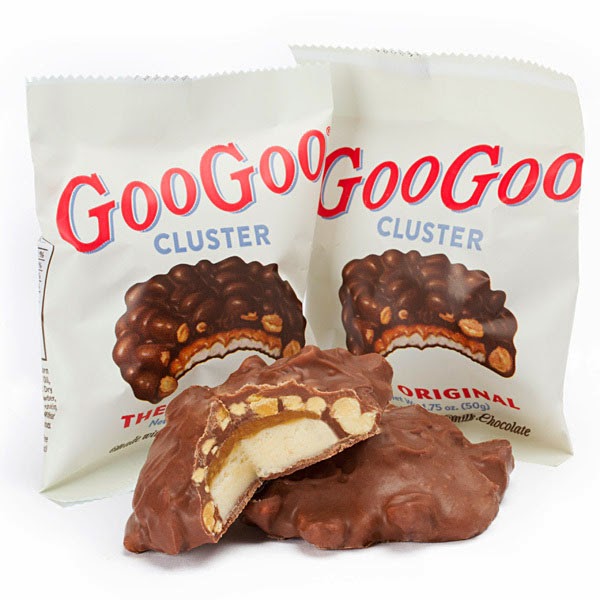 The Goo Goo Cluster website sells more than just candy! They sell collectibles, apparel, and more! I really love this cute toddler t-shirt below! So adorable! 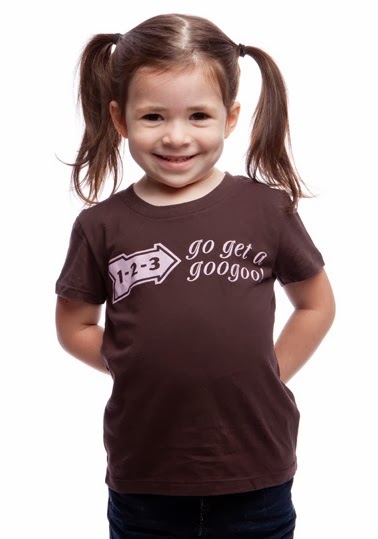 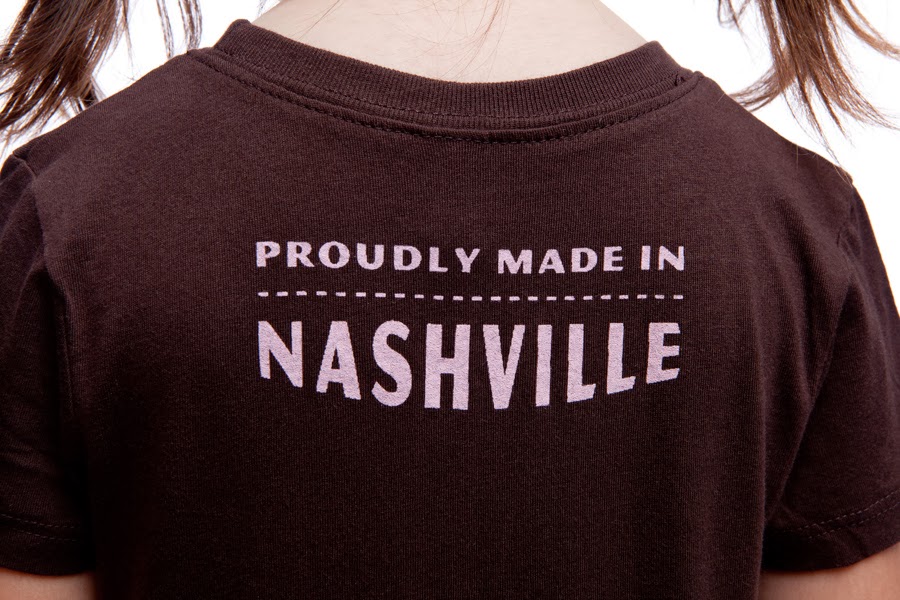 Goo Goo Cluster is having a really awesome deal on their website! FREE Shipping on all orders over $25.00! This offer expires soon though, on February 9th! Use code LOVE25 when you check out!

Make sure to follow the Disney Side party information, party suggestions, party sponsors, other people's #DisneySide photos, and more on Twitter. Just put in the Hashtag #DisneySide, and you will find it all there along with many other bloggers and families who aren't bloggers, sharing their Disney Side with you!

You too can host your own Disney Side party, check out the link for more information!


Disclosure: I received the above items in exchange of having a Disney Side celebration in my home from Disney and MomSelect. No other compensation was exchanged or received.

Family 4pk. of Tickets to see Disney on Ice at the Target Center on 2/27, in Minneapolis, MN - U.S. - Save Green Being Green *RC

The Adventures of Chuck and Friends: Trucks VS. Wild DVD - US/CAN - Building Our Story *RC

Pair of Mocc Ons of your choice - U.S. - The Simple Moms *RC 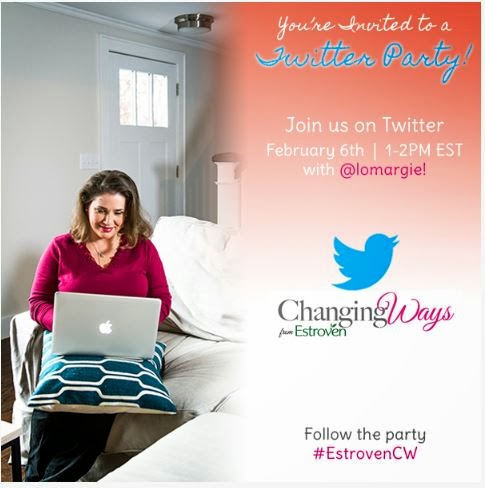 The makers of Estroven are having a Twitter party tomorrow, Thursday, February 6th from 1-2pm EST hosted by Lori Pace. Follow Your Hosts @lomargie and your co-host @AllMommyWants.

They will have some great prizes including video cameras and free Estroven Weight Management products! Make sure to follow @Estroven on Twitter, and Tweet with them using the Hashtag #EstrovenCW.

Fill out a form Here to receive a $5.00 off coupon for Changing Ways: Weight Management from Estroven. 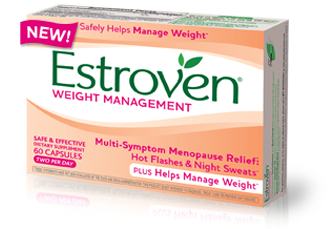 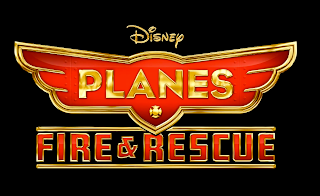 “Planes: Fire & Rescue” is a new comedy-adventure about second chances, featuring a dynamic crew of elite firefighting aircraft devoted to protecting historic Piston Peak National Park from raging wildfire. When world famous air racer Dusty (voice of Dane Cook) learns that his engine is damaged and he may never race again, he must shift gears and is launched into the world of aerial firefighting. Dusty joins forces with veteran fire and rescue helicopter Blade Ranger and his courageous team, including spirited super scooper Dipper (voice of Julie Bowen), heavy-lift helicopter Windlifter, ex-military transport Cabbie and a lively bunch of brave all-terrain vehicles known as The Smokejumpers. Together, the fearless team battles a massive wildfire and Dusty learns what it takes to become a true hero. Directed by Bobs Gannaway (“Secret of the Wings”), “Planes: Fire & Rescue” hits theaters in 3D on July 18, 2014.

Below are a few photos from the movie!!!

Check Out The Movie Trailer For A Movie Called "DIVERGENT!" In Theaters 3/21/2014


DIVERGENT is a thrilling action-adventure film set in a future where people are divided into distinct factions based on their personalities. Tris Prior (Woodley) is warned she is Divergent and will never fit into any one group. When she discovers a conspiracy to destroy all Divergents, she must find out what makes being Divergent so dangerous before it's too late. Based on the best-selling book series by Veronica Roth. In the cast will be Shailene Woodley (from "An American Teenager" tv show that used to be on the ABCFamily channel), Theo James, Kate Winslet, Ashley Judd, and more!

For more updates on DIVERGENT:

Seasons Of Gray: A Modern Day Joseph Story on DVD - Hanging Off The Wire *RC

Two tickets to see "SPANK! Harder. The Sequel, at the Hanover Theatre in Worcester, MA, on Friday, February 7th at 8p.m. - Inspired by Savannah *GT

Laura Doherty In a Heartbeat CD - U.S. - My Springfield Mommy

"Shaking Behind the Microphone Overcoming the Fear of Public Speaking" By: Jill Ammon Vanderwood - book - U.S. - The Apels *RC