Disney Junior is treating viewers to special Halloween-themed episodes and movies airing every Friday throughout the month of October. Highlights include:
A new Halloween-themed episode of "Jake and the Never Land Pirates" premiering FRIDAY, OCTOBER 5 at 8:30 a.m., ET/PT, where Jake and crew invite Captain Hook to join them as they "Trick and Treasure" throughout Never Land and Izzy dresses up as the Pirate Princess to fool the Sea Witch, who has returned to Never Land to turn the real Pirate Princess into gold. Emmy Award-winning actress Carol Kane ("Taxi"), and “Beverly Hills 90210” alums  Tiffani Thiessen ("White Collar") and Tori Spelling ("Craft Wars") guest star.
On FRIDAY, OCTOBER 12 at 10:00 a.m., ET/PT, Doc and the toys celebrate Halloween in a new episode of “Doc McStuffins” where Doc helps a pop-up toy ghost overcome his fear of the spooky holiday and diagnoses Donny's toy glow-in-the-dark monster with "No-glow-atosis" and prescribes more time outside in the sun.

Posted by Heather Kelly at 7:52 AM 0 comments

The Groove Glider or the Shockwave Scooter - U.S. - Untrained Housewife

Two sets of Food Shears from Tiny Bites - US/CAN - Does Mommy Love It?

$50 code to be used on your choice of Treasurette eco-friendly jewelry - U.S. - Family Focus Blog 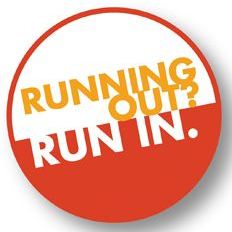 Starting Today until Wednesday, September 26th, your local Publix store is hosting a "Running Out? Run In" Savings Event! Run in to take adventage of great savings on some of your favorite brands from General Mills and Procter & Gamble, like Cherrios, Totino's, Charmin, and Crest. 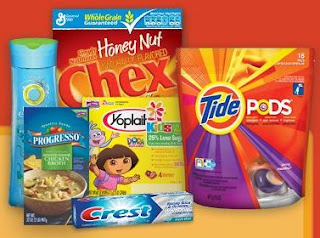 Buy ANY of the 6 participating items such as Pampers Diapers, Tide Pods, and Yoplait Kids yogurt, and receive a FREE Gallon of Publix Milk! Also, don't forget to look in Publix stores for over $13.00 in coupon savings! Coupons are valid through October 4th!


Leave a Comment Below telling me how you would spend your $25.00 Publix Gift Card along with your Email Address!

(If you don't leave your email address with your comment, then you will not be entered to win. You must be a resident of the continental United States, and 18 years of age or older.)


Disclosure: I received some Publix gift cards in exchange for my post from MyBlogSpark.com and posted according to FTC guidelines.

The Hollywood Cookie Diet - U.S. - Hanging Off The Wire *RC

Can of Clean+Green of your choice - U.S. - The Nap Time Reviewer *RC

Enter for a Chance to Win Your Child's Next Birthday! (Ends 9/30)

Birthdays are the perfect occasion to reflect upon the years past and celebrate the great things to come! When you're celebrating a milestone birthday like the big 3-0, there's even more reason to break out the hats, streamers and cake to party! This month, we're wishing a happy birthday to an organization that has been enhancing the lives of children for 30 years, Primrose Schools®. And even though it's their birthday, it comes as no surprise that they want to gift an amazing party to one lucky child (ages 1-5) through their 30th Anniversary Birthday Party Sweepstakes on Facebook.

You can get in on the festivities from now until September 30th by entering the Primrose Schools 30th Anniversary Birthday Party Sweepstakes on Facebook. One lucky family will win a Music Class-themed birthday party celebration for their child (ages 1-5) and 15 friends! This awesome prize includes everything you'll need for an amazing party- including goodie bags, a gift card for snacks and a Music Class representative flying to your home to personally host the celebration and incorporate activities from the award-winning, music education program, The Music Class©!

You can even invite friends to enter using your personalized invitation, and earn one additional contest entry for every friend who enters the sweepstakes.

The winner will be announced on the Facebook page on or after October 1, 2012. Check out the full contest rules on the Sweepstakes tab.


Disclosure: I was entered for a chance to win a gift card in exchange for this post. No monetary exchange took place.

Posted by Heather Kelly at 7:56 AM 0 comments

Rev up for nonstop fun with four of your favorite Disney stories when Disney On Ice presents Worlds of Fantasy comes to Nashville October 4 –7 at Bridgestone Arena. Tickets are on sale now! Thrill to high-speed stunts as Lightning McQueen, Mater and the crew of Disney•Pixar’s Cars race across the ice. Dive into The Little Mermaid’s enchanting undersea kingdom and enter the mystical world of Pixie Hollow with Tinker Bell and the Disney Fairies as they reveal the magic that lies within. The toys are back in town with heroic action when Buzz Lightyear, Woody, Jessie and the Toy Story gang escape from the rambunctious tots of Sunnyside Daycare and race for home, in their most daring adventure ever. From wheels to waves, playtime to pixie dust, your family’s favorite Disney moments come to life at Disney On Ice presents Worlds of Fantasy with dazzling skating, special effects and beloved characters certain to create a lifetime of memories.

Bring your family to see:

This one-of-a-kind production visits Nashville for eight performances at Bridgestone Arena, and tickets are available on Ticketmaster.

Don’t live in Nashville? No worries, Disney On Ice presents Worlds of Fantasy is coming to life in a city near you too, find out where right here.

A little Disney Trivia for you!

1) What is Andy’s last name?
Answer: Davis. It is written on his high school diploma which you see when he goes to the bulletin board to look at the picture of him as a child playing with the toys.

2) Sid Phillips, Andy’s next-door neighbor from the original Toy Story makes a brief appearance in the third movie as what?
Answer: A garbage man

3) The calendar in Andy’s room is always set to what month?
Answer: August

6) Which fairy does everything at top, lightning speed?
Answer: Vidia

8) Where do Tinker Bell and her friends live?
Answer: Pixie Hollow

Check out Karen at Mommy's Moments for helping me co-host this Giveaway!

Enter below using the Rafflecopter form for a chance to Win a Family 4 Pack of Tickets to see Disney on Ice at the Bridgestone Arena! (2 winners will win a 4pk. of tickets!) (You must live in or around Nashville, Tennessee in order to use these tickets. Or visiting Nashville the beginning of October)


Disclosure: I received some tickets to see Disney on Ice with my family from a PR rep in exchange for two posts. No other compensation was exchanged or received. (If you would like to post this on your blog to share with your followers, please let me know and I will email you the html code. mysticbutterfly37 at yahoo.com)

Posted by Heather Kelly at 6:22 AM 7 comments

Set of 4 Personalized Coasters from the Lauerland boutique - U.S. - Lauerland

$15.00 Gift Code to purchase what You would like from the Dream Essentials Website - U.S. - Dragonfly Sweetnest *RC

Labels: airplanes and dragonflies, give away, low entry giveaways

Combo 6-Pack of the Latest and Greatest Coupons - U.S. - Having Fun Saving *RC