Posted by Heather Kelly at 7:01 AM 0 comments

Family 4 Pack of tickets to Jurassic Quest - Spokane, WA area, or near there - Working Through All of Life's Glitches *RC

RETURN TO THE HALLOWED HALLS
OF BAYSIDE HIGH

SAVED BY THE BELL: THE COMPLETE COLLECTION

Relive the laughter, lessons and love with Zack and his friends
in this 16-disc collector's set, featuring every episode from
'Good Morning, Miss Bliss' to 'The College Years',
and it's available today for pre-order, at Amazon.com! 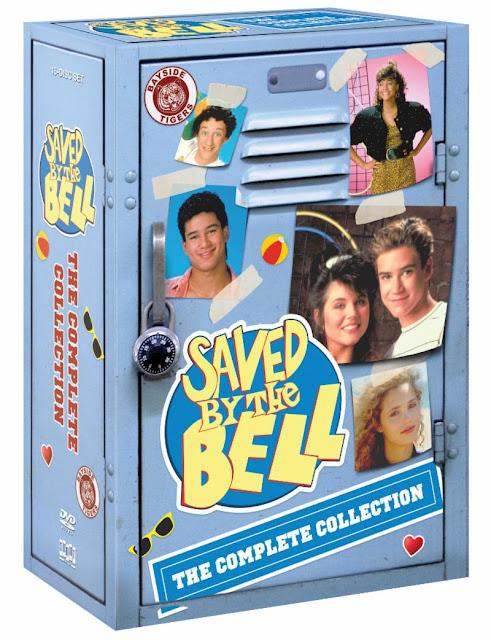 Missing your favorite pals from Bayside High? It's alright, 'cause you're SAVED BY THE BELL! On October 2nd, 2018, Shout! Factory invites TV aficionados to a very special class reunion with the 16-disc collector's release of Saved by the Bell: The Complete Collection, a "Max-ed" out, completist's DVD set of the iconic and addictive '90s Saturday morning sitcom.

Set in the fictional town of Palisades, California and in the hallways of Bayside High, the breezy adventures of Zack Morris (Mark-Paul Gosselaar) and his friends -- Kelly Kapowski (Tiffani-Amber Thiessen), A.C. Slater (Mario Lopez), Jessie Myrtle Spano (Elizabeth Berkley), Lisa Turtle (Lark Voorhies), and Samuel "Screech" Powers (Dustin Diamond) -- were a cultural touchstone for a generation of teens, changing teen programming forever and launching the careers of its break-out stars. Now, home audiences can relive the laughter, lessons, and love all over again with this loaded set containing more than 46 incredible hours of Bayside bliss, including every episode from 1988's "Good Morning, Miss Bliss" which became "Saved By the Bell: The Junior High Years" and the fan-favorite "Saved by the Bell" to "Saved By the Bell: The College Years" and the two feature-length TV movies that followed. The TV DVD archivists at Shout! Factory are hard at work on exclusive bonus features, and they will be announced at a future date. 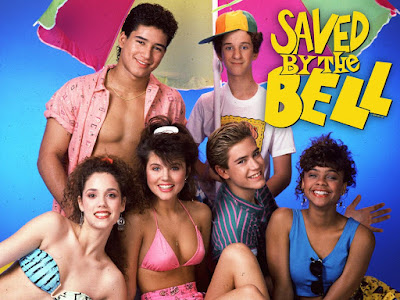 From 1989 to 1993, for a generation of TV viewers, "Saved by the Bell" was the show that perfectly echoed their lives in middle school and high school. Originally titled "Good Morning, Miss Bliss" with Hayley Mills in the title role, the first thirteen episodes of the series featured Zack, Screech, Lisa and Mr. Belding, and was based at John F. Kennedy Junior High in Indianapolis. Following its cancellation, NBC retooled the show as "Saved by the Bell" and the rest is history...and math, and science, and... And, across 86 glorious episodes, audiences followed the memorable experiences and adventures of Zack and the gang. And, following graduation, Zack, Kelly, Slater and Screech enrolled at California University where the successful franchise could matriculate with the prime-time sitcom, "Saved by the Bell: The College Years". The series finally wrapped with two feature-length, prime time TV movies, "Hawaiian Style", which brought the Bayside bunch to the Big Island for a wacky Waikiki adventure and "Wedding in Las Vegas", which saw the on-again, off-again lovebirds Zack and Kelly make their relationship official on a day the gang will never forget.

From JFK Junior High to Cal U, Miss Bliss to Mr. Belding, Malibu Sands to Hawaii, and dance contests to "dearly beloved", the Saved by the Bell megaset immortalizes a landmark teen TV show that still resonates with its die-hard fans around the world. Fans, friends, jocks, and nerds --ask not for whom The Bell tolls ... it tolls for thee!

Enter below using the Giveaway Tools form for a chance to Win you own "Saved by the Bell: The Complete Collection" DVD set! Giveaway is open to residents who live in the main 48 continental United States, 18 years of age or older. Sorry, no P.O. Boxes. Giveaway ends 9/30/18.


Disclosure: I didn't receive a copy of this on DVD, I simply wanted to share it with all of you because "Saved by the Bell" was a great show for me when I was growing up. No compensation was exchanged or received. The above information was sent to me via The Shout Factory. 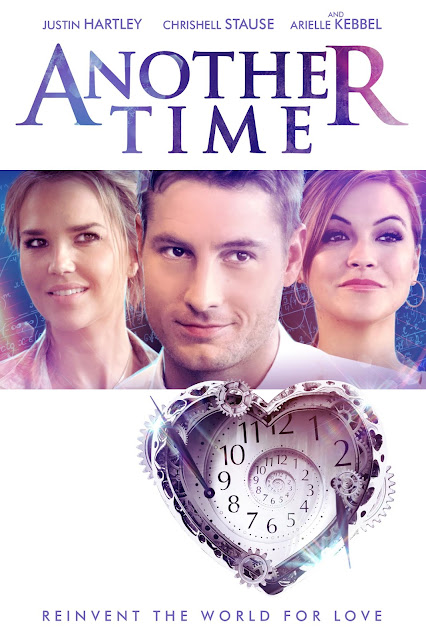 SYNOPSIS:
Justin Hartley ("This Is Us") stars in this thrilling romance about a man who travels back in time for a chance at love. Along the way, he meets Ally (Arielle Kebbel, Fifty Shades Freed) who might be the love he's been searching for. The film also stars, Chrishell Stause (“The Young and the Restless”), James Kyson (“Preacher”), and was written and directed by Thomas Hennessy (What We Can’t Have). 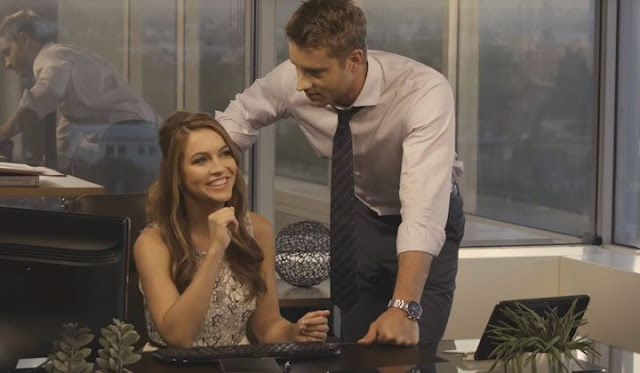 My Review:
Erik (Justin Hartley) has to work with Julia (Arielle Kebbel) on a project. They have to work overtime to get it put together because it's due in a week. He defines success as what he's doing for his job, working in accounting, helping people set up their retirement funds. Julia sees success as what a person does to impact and change the world. Erik starts to fall for Julia, but she's got a boyfriend. Erik tried to plead to Julia that they needed to be together, but it didn't work. He's watching TV, and they started talking about time travel. So he goes looking for the professor, Dr. Joseph Goyer, who was talking about his theories on time travel.

Will Erik get to travel back in time so that he can meet Julie before her boyfriend does? Will he somehow win Julia's heart? Watch "Another Time" to see what happens. Justin Hartley is also the executive producer!

Disclosure: I received a private link to screen the movie, "Another Time," in exchange for my review and post. No other compensation was exchanged or received.


Over 250 Entries:
Rae Dunn CREATE pencil pouch, along with one of my most popular prints, “EXUBERANCE” - U.S. - Alex's Garden *IG

Be Prepared: The Frankie MacDonald Guide to Life, the Weather, and Everything - paperback book - U.S. - Heck of a Bunch *RC

THE CHEMISTRY IS UNDENIABLE AS WARNER BROS. HOME ENTERTAINMENT RELEASES 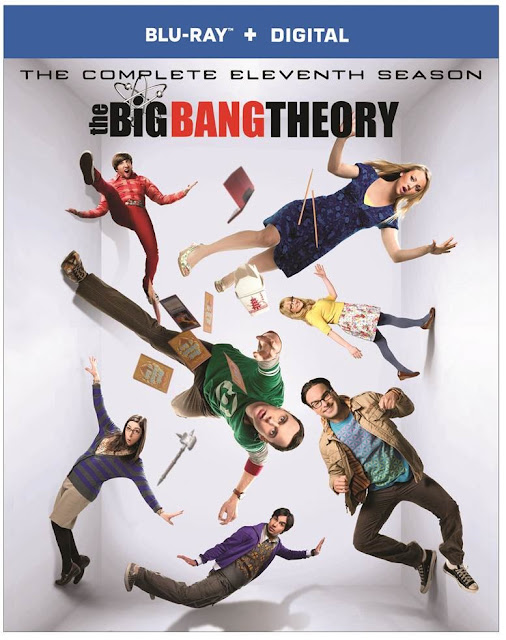 In its eleventh season, The Big Bang Theory garnered an audience of nearly 19 million Weekly Viewers, solidifying its spot as one of the top sitcoms, and broadcast programs in general, across all demographics.* Now, ahead of the much-anticipated twelfth season premiere this fall, Warner Bros. Home Entertainment is set to release The Big Bang Theory: The Complete Eleventh Season on Blu-ray ($49.99 SRP) and DVD ($44.98 SRP) September 11, 2018. The release will also delight fans with three all-new bonus featurettes, and a hilarious gag reel. Blu-ray release will also include the 2017 Comic-Con cast panel. The eleventh season of The Big Bang Theory is also currently available to own via purchase from digital retailers.

Leonard and Sheldon are brilliant physicists – geniuses in the laboratory but socially challenged everywhere else. Insert beautiful, street-smart neighbor Penny, who endeavors to teach them a thing or two about the “real” world. Despite their on-again, off-again relationship history, Leonard and Penny have tied the knot. Even Sheldon has entered into a “Relationship Agreement” with neurobiologist Amy, and he recently took their relationship to the next level by proposing marriage. Will the possibility of domestic bliss alter the chemistry between these two extreme achievers? Will Leonard prove to be a brilliant writer? Will Raj’s search for new love rival his search for new stars in the cosmos? Will Howard and Bernadette’s growing family reach critical mass? Quantum comedy continues to converge in all 24 Season Eleven episodes of this laugh-out-loud megahit.

With Blu-Ray’s unsurpassed picture and sound, The Big Bang Theory: The Complete Eleventh Season Blu-Ray release will include 1080p Full HD Video with DTS-HD Master Audio for English 5.1. The 2-disc Blu-RayTM also includes a digital copy of all 24 episodes from Season Eleven.

1. The Proposal Proposal
2. The Retraction Reaction
3. The Relaxation Integration
4. The Explosion Implosion
5. The Collaboration Contamination
6. The Proton Regeneration
7. The Geology Methodology
8. The Tesla Recoil
9. The Bitcoin Entanglement
10. The Confidence Erosion
11. The Celebration Reverberation
12. The Matrimonial Metric
13. The Solo Oscillation
14. The Separation Triangulation
15. The Novelization Correlation
16. The Neonatal Nomenclature
17. The Athenaeum Allocation
18. The Gates Excitation
19. The Tenant Disassociation
20. The Reclusive Potential
21. The Comet Polarization
22. The Monetary Insufficiency
23. The Sibling Realignment
24. The Bow Tie Asymmetry 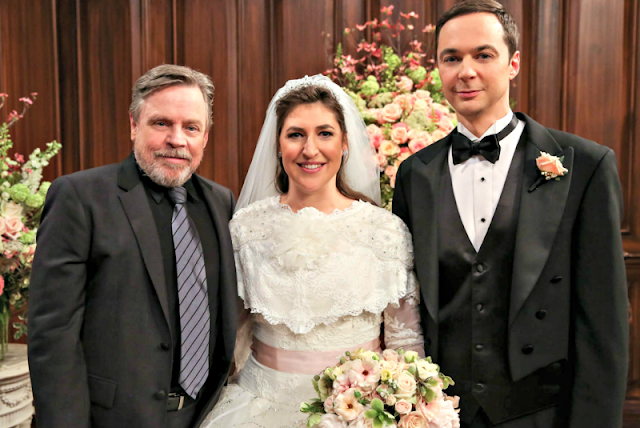 My Review:
I've been watching The Big Bang Theory since the TV show began. I've watched Penny and Leonard's relationship grow. I've watched Sheldon fall in love with Amy, and get married. I've enjoyed the relationship and marriage, and now they have children, of Howard and Bernadette. The Big Bang Theory will be entering its twelfth and final season this fall. I will really miss watching their stories evolve when it's gone. The Big Bang Theory is a great show for tweens and teens too, as it discusses life in general, and teaches them that even if your not popular, you can still grow up to have friends, get married and more! Once of my favorite scenes in the TV show is when Mark Hamill was in the episode when Sheldon and Amy got married!

One Diaper of your choice from the Chasing Rainbows collection - U.S. - Smart Bottoms *FB

The Secret of the Hidden Scrolls #4 “Journey to Jericho” by M.J.Thomas - U.S. - Chat with Vera *RC