Having the Rancher's Baby - book (3 winners) - U.S. - Happily Ever After Thoughts *RC

Family 4 pack of Tickets for a Day Out With Thomas (Sunday September 11 at 3:00pm only) - Nashville, TN or near there - Nashville Moms Blog *FB

Kids’ Candor Bilingual Education Kit of his or your choice - U.S. - The Doctor + The Dad

Pretend Play set from eeboo has the things needed to make the show "professional" including: 3 show posters, 90 tickets, 4 popcorn boxes, 20 program sheets to fill in, a cardboard bouquet, a microphone and play money - U.S. - The Grandma Chronicles

Disclosure: Warner Bros. Home Entertainment provided me with a free copy of the DVD below that I reviewed in this Blog Post. The opinions I share are my own.


The All-New Original Movie Is Available for The First Time on DVD! 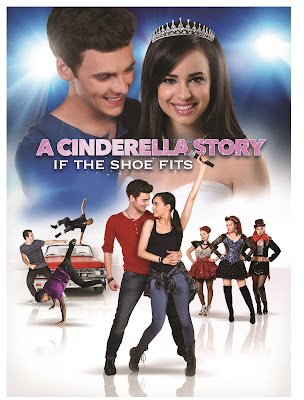 Warner Bros. Home Entertainment Group will have you singing and dancing in your seat with the release of A Cinderella Story: If the Shoe Fits on DVD on August 16, 2016. The musical film stars Sofia Carson (Descendants) in the lead role of Tessa ("Cinderella"); Academy Award® nominee, Jennifer Tilly* (Bullets Over Broadway) as the cruel stepmother Divine, and Thomas Law (EastEnders) as The Prince.

Synopsis:
Tessa Golding (Sofia Carson) is hired as an assistant by her Stepmother, Divine and her stepsisters, Olympia and Athena to accompany them to The Royal Lagoons Resort for an audition. The stepsisters audition to play “Cinderella” for Reed West, a famous singer, who is putting on a show called, “Cinderella-Live”. Meanwhile, Tessa befriends a makeup artist, Georgia, who convinces Tessa to audition as “Bella Snow” so her stepsisters/stepmother can’t get in the way. Bella Snow lands the part, but now Tessa maintain her secret identity and still cater to her stepsisters.

This is the fourth film in the A Cinderella Story series produced by Dylan Sellers (The Giver, St Vincent, Cody Banks). Other titles include A Cinderella Story, Another Cinderella Story, and A Cinderella Story: Once Upon a Song. The film is directed and choreographed by first-time director Michelle Johnston, who choreographed and co-produced the first three installments, and has worked repeatedly with such directors as David Fincher and Rob Marshall, and written by Elena Song (Bring it On series). Jenny Hinkey (Veronica Mars) serves as the line producer/executive producer. The creative team includes cinematographer, Robert Brinkmann, production designer, Karel Flint, costume designer, Wolfgang Ender and music supervisors Jojo Villanueva and Trygge Toven. Original Songs by The Math Club. A Cinderella Story: If the Shoe Fits is scheduled to be broadcasted on FreeForm in November 2016. 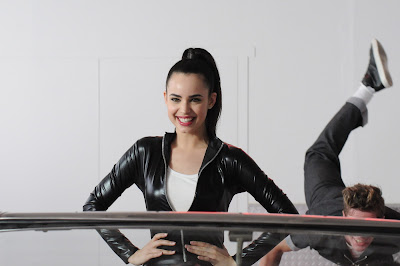 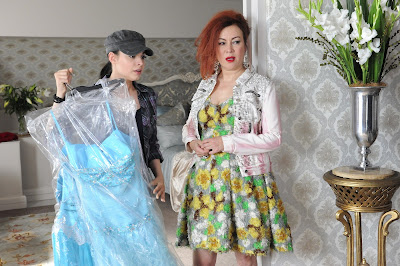 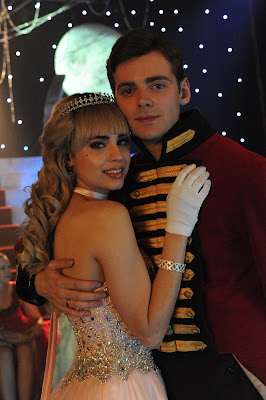 My Review:
I liked the first Cinderella story movie that ever came out starring Hillary Duff. This one starred Sofia Carson who recently starred in the "Adventures in Babysitting" remake. (Which was really good by the way.) Tessa is a car and motorcycle mechanic, which helps her to get to know Reed (played by Thomas Law). She works to help him fix his motorcycle, along with being a servant to her step mother and two silly step sisters. I liked this movie and I liked the acting. It's great for a Saturday afternoon or evening for kids 8 and up, as my four and seven year old got a little bored with it. They are too young to understand movies like this. But I enjoyed it. The story line was great, not too cheezy.

Enter below for a chance to Win your own copy of "A Cinderella Story: If the Show Fits" on DVD! Giveaway is open to residents who live in the main 49 continental United States, 18 years of age or older. No P.O. Boxes, sorry.


Disclosure: I received a copy of "A Cinderella Story: If the Shoe Fits" on DVD from Warner Bros. in exchange for my post. No other compensation was exchanged or received.

Labels: A Cinderella Story: If the Shoe Fits, airplanes and dragonflies blog

Variety prize pack of Elli Quark: One of each of their 12 flavors - U.S. - the pickyeater