After MANY years of trying to get the teachers and others at my son's old elementary school to see that my son NEEDS special education help and services, they did nothing, until it was too late!

Since moving to California, the elementary school here saw what I've been seeing for years! That my twelve year old son has Asperger's Syndrome and he qualifies for special education help and services. He might even get his own aide for the rest of this school year! I'm really happy about this! I've been trying to get him special help forever! But no one in Tennessee would listen, not even my soon to be ex-husband. He still thinks that our son is normal, and just stubborn. But he's not normal. He's far from normal. He has to be handled and treated differently than our girls, and he knows it too! He sees things and makes comments about his problems and about what he can and can't do. My son knows he's different.

Disclosure: I received a copy of "The Kitchen" on Blu-ray/Digital from Warner Bros. in exchange for my post. The opinions below are mine and mine alone. 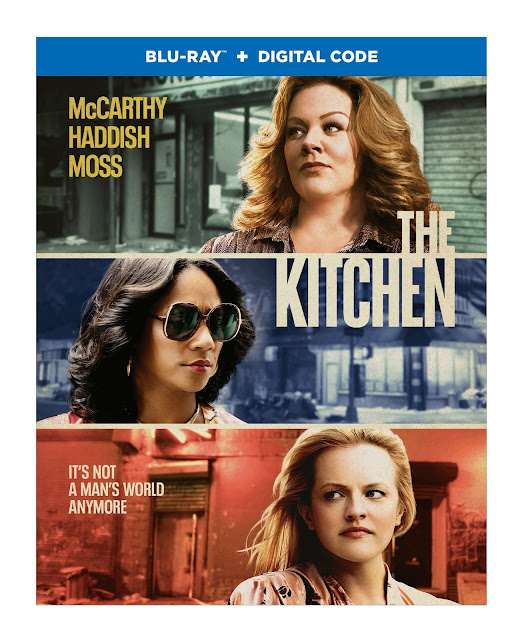 UNDERESTIMATE THEM AT YOUR OWN RISK WHEN

Blu-ray and DVD debut on November 5

They’re taking control of Hell’s Kitchen when “The Kitchen” arrives on Blu-ray, DVD and Digital. From New Line Cinema and BRON Creative come the gritty, female-driven mob drama “The Kitchen,” written and directed by Andrea Berloff, who was nominated for an Oscar for Original Screenplay for “Straight Outta Compton.” Based on the Vertigo comic book series from DC Entertainment, the film stars Oscar nominee Melissa McCarthy (“Bridesmaids,” “Tammy”), Tiffany Haddish (“Girls Trip,” “Night School”) and Elisabeth Moss (TV’s “The Handmaid’s Tale,” TV’s “Mad Men”) as three 1978 Hell’s Kitchen housewives whose mobster husbands are sent to prison by the FBI.

SYNOPSIS:
Between 8th Ave. and the Hudson River, the Irish mafia runs 20 blocks of a tough New York City neighborhood known as Hell's Kitchen. But for mob wives Kathy (Melissa McCarthy), Ruby (Tiffany Haddish) and Claire (Elizabeth Moss), things are about to take a dramatic and radical turn. When the FBI sends their husbands to prison, the three women take business into their own hands by running the rackets and taking out the competition.

- Taking Over the Neighborhood 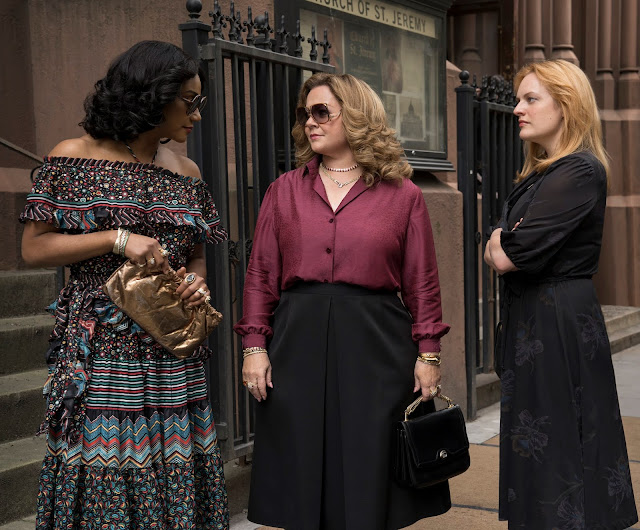 My Review:
I wasn't sure about this movie in the beginning. I didn't read anything about it before seeing it and I'd only seen maybe one movie trailer for it. As we only stream TV shows and movies now. But as it got going and the women took over, it was awesome! I am HUGE fans of both Melissa McCarthy and Elisabeth Moss! I loved Elisabeth Moss in the Handmaid's Tale! All three women are amazing actresses and they were in "The Kitchen" also! This isn't a movie to be watched around children or teenagers. As they wouldn't understand the content. Any person who enjoys old fashioned mobster movies, will love "The Kitchen!" This would make a great Christmas Gift too!

Posted by Heather Kelly at 8:38 AM 0 comments