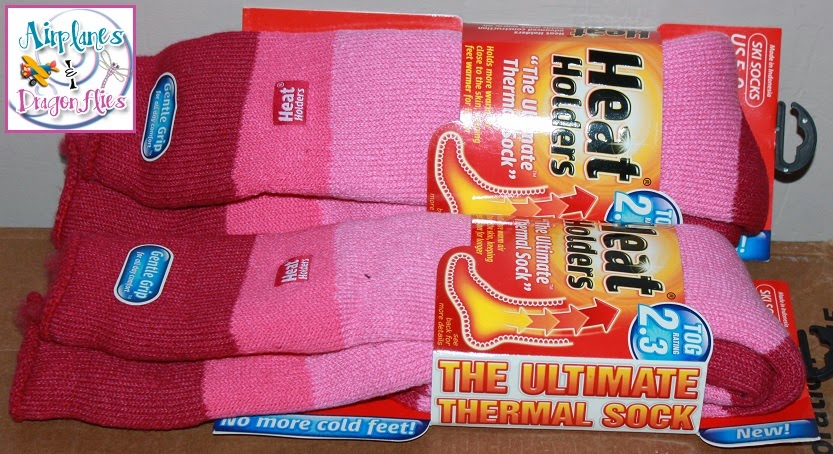 I recently had a chance to review some Heat Holders socks! I really loved the pink stripes, and how soft the socks were. It's been so cold here in Tennessee this winter, that Heat Holders socks have really come in handy. We even drove from Tennessee to California, and back again. As soon as we left Arizona, it started to get super cold again. I was so glad to have my Heat Holders socks to keep my feet warm! It was warm in California, in the 70's and 80's most days, which made it perfect weather for hanging around outside! We got to wear shorts! But since we came back to Tennessee, it's been in the 40's and 50's again. The Heat Holders company also has NEW Heat Holders Gloves, Hats, and Mittens! Below is information about how Heat Holders products work! 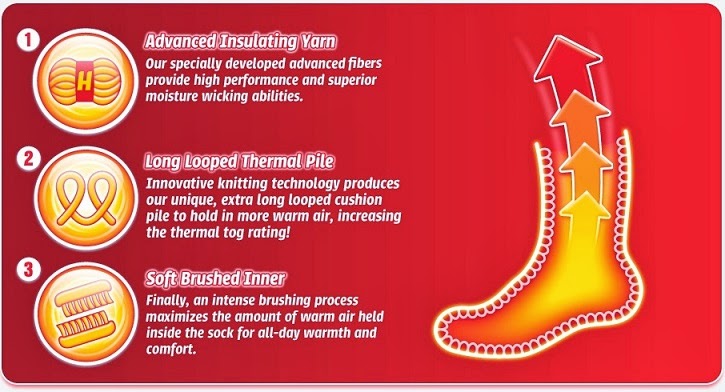 Heat Holders was established in 1947 in England. At that time the company used to trade yarn. The last few decades our company has been manufacturing, importing and distributing socks.
Their North American office is based out of Oakville, Ontario in Canada. We have multiple warehouses and fulfillment centers. Shipments for this website are serviced through our fulfillment center in North Carolina.

Heat Holders was developed by our talented product development team in house. The challenge was to make a sock that would be the warmest sock ever and comfortable and practical to wear in daily life. It wasn't easy, but our team came up with Heat Holders in 2008.

Since then they have sold more than 10 million pairs worldwide and our distribution continues to grow. This growth is because of our customers who are truly satisfied with Heat Holders. Whether they are at Home, at Work or at Play in the cold winter months, there is a pair of Heat Heat Holders for them, which keeps them warm, comfortable and safe.

I know that it's late in the season, but Heat Holders is giving away TWO pairs of Heat Holders socks in the patterns of your choice, for men or women! You can keep them for yourself for later on this year, give them to someone who always has cold feet, or save them for stocking stuffers or for a gift for someone else!

Enter below using the Rafflecopter form, for a chance to win Two pairs of Heat Holders Socks! Giveaway is open to residents who live in the main 48 continental United States only.


Disclosure: I received two pairs of Heat Holders socks in exchange for my review and giveaway post. No other compensation was exchanged or received. 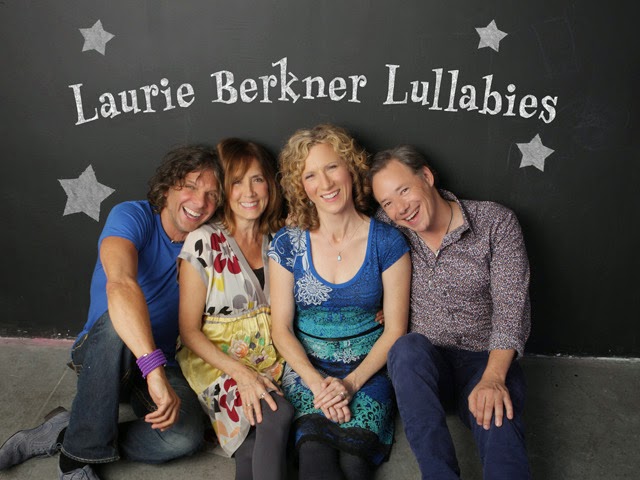 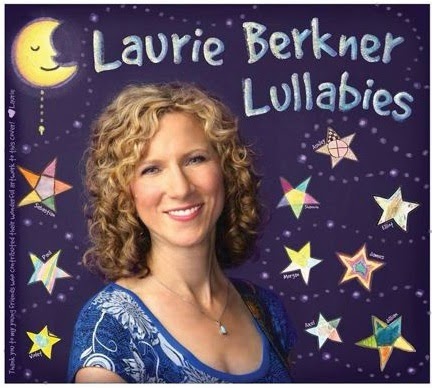 Laurie has out a NEW Album called "Laurie Berkner Lullabies!" This Album isn't only for babies or toddlers, but young children and adults too! The songs aren't as slow as you would think they would be, which is great! They are all sang so beautifully. My children, ages six and a half, four and a half, and twenty one months, loved this album, and they keep asking me to play it over and over again. Our favorite songs on this album are Moon Moon Moon, Fireflies, Mahalo, Pillowland, Stars Are Shining, Good Night and more! Below is a video of the song "Pillowland," one of my children's favorite videos!

Here is some information about Laurie Berkner (taken from her website):

When Laurie Berkner embarked on her career as a children's recording artist in the summer of 1997, she started small - personally filling orders of her first release (Whaddaya Think of That?) from her living room in Manhattan while still keeping up her preschool music teaching jobs. It wasn't long, however, before the 500 copies she originally pressed sold out, and Two Tomatoes Records was born.

In the meantime, Laurie's closets were becoming more and more stuffed. Two Tomatoes was taking over her living room with the 2000 re-release of her first recording on disc, and running the record label was no longer a part-time job. Laurie decided to give up her teaching to, as she put it, "reign in the monster!"  In 2002, shortly before the release of Under A Shady Tree, it became clear that there was no longer enough space in Laurie and husband Brian's one-bedroom apartment for a record label. Two Tomatoes moved into a real office in New York City, with real staff including Shannon Chirone (COO), then Corinne Barlow (CBO). Shortly thereafter John Waldman (Great Knight Productions) signed up as booking agent/manager and later still came the addition of another Tomato, Katie Schneller (Director of New Media and Fan Relations) and Laurie, Brian and daughter Lucy moved into a new more spacious apartment.  It's one big happy family! 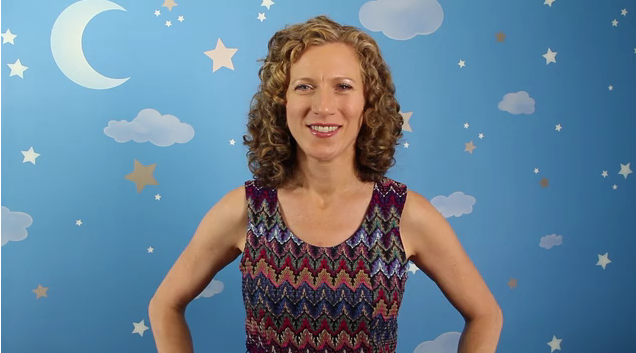 In turning to Kickstarter to raise funds for this project, Laurie made sure to thank her supporters with some great rewards, like advanced digital copies of the CD, sneak video peaks at the recording of the CD, and autographed, even personalized, copies of the CD!

For the bigger supporters, the rewards were outstanding! Laurie recorded personal outgoing voice mail messages; and she even included children’s artwork on the CD cover itself! Some families even got a chance to Skype with Laurie Berkner!

Go to the Two Tomatoes website for a chance to Preorder your copy of "Laurie Berkner Lullabies" CD (Comes out on April 8th), Buy One Get One FREE for only $15.00! HURRY! Offer Ends April 1st, 2014!

Enter below, using the Rafflecopter form, for a chance to win your own copy of "Laurie Berkner Lullabies" for yourself! Giveaway open to residents of the 48 continental United States only, sorry. Giveaway ends on April 13th, 2014.


Disclosure: I received a copy of the Laurie Berkner Lullabies  CD in exchange for my review and giveaway post, no other compensation was exchanged or received. 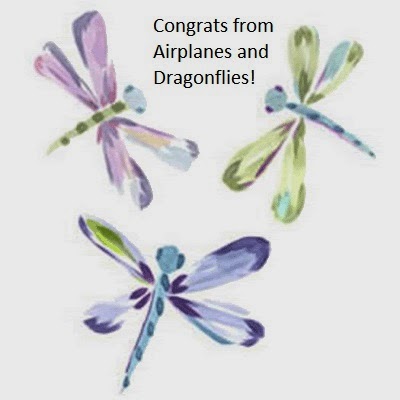 Winner of the Dial Body Wash Coupon for Women is:
Tammy Woodall!

Winner of the Dial Body Wash Coupon for Men is:
Corey Olomon!

Winners of the Exposed Seam StaySharp Commuter Cuff in Black is:
Deanna Lynn and Matt!

Yasou SkinCare: Body Cream for one winner, and a set of day and nigh creams for the second winner (2 winners) - US/CAN - Does Mommy Love It 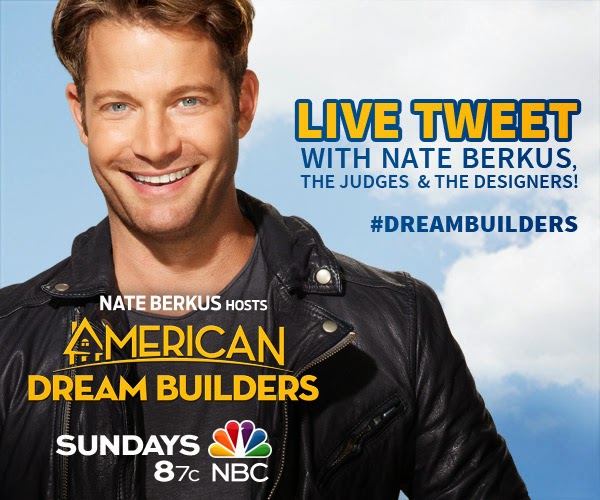 The American Dream Home is something everyone fantasizes about. Whether it’s a new closet, a larger family room, or simply a place to put all your stuff, there’s always something we want to change about where we live!

What if you could make your home into your Dream Home?

AMERICAN DREAM BUILDERS – a new show premiered on NBC March 23 at 8/7c – and Lowe’s want to make your dream a reality.

Hosted by famed interior designer and best-selling author, Nate Berkus, AMERICAN DREAM BUILDERS follows the nation’s top 12 designers and home builders as they compete to be crowned the Ultimate Dream Builder and take home a $250,000 cash prize. It’s the home competition that will change everything!

From the producers of Survivor and The Bachelor, don’t miss AMERICAN DREAM BUILDERS, Sundays at 8/7c, only on NBC.

You can enter for a chance to win $100,000 in products and services from Lowe’s and a consultation with the winner of American Dream Builders!

Enter for a chance to win your dream renovation at www.nbc.com/lowes.

You also have the opportunity to earn 5 bonus entries when you “Dream It Yourself”! Upload a photo and description of a home project you are working on and EARN 5 BONUS SWEEPSTAKES ENTRIES.

Father's Day is coming in less than three months! You could give your boyfriend, husband, father, brother, brother-on-law, grandfather, or uncle a $50 Gift Card to Lowe's! Or put it in their Easter Basket! 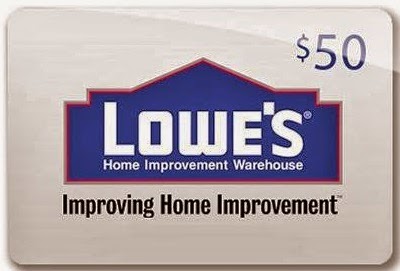 Each household is only eligible to win One (1) $50 Lowe's Gift Card via blog reviews and giveaways. Only one entrant per mailing address per giveaway. If you have won the same prize on another blog, you will not be eligible to win it again. Winner is subject to eligibility verification.Winner will only have 24 hours to respond, or a new winner will be chosen.

Please enter for a chance to win a $50 Lowe's GC using the Rafflecopter Form below.


Disclosure: I didn't receive any compensation for posting about American Dream Builders or posting about the gift card giveaway. I simply wanted to give you, my readers, a chance to win!

Your Adorable, Yet Gross Best Friend, The Ugglys - U.S. - gaynycdad

The A-Z of C.S. Lewis, An Encyclopedia of His Life, Thought and Writings by Colin Duriez - book - U.S. - Chat with Vera *RC