Disclosure: I received a copy of "Richard Jewell" on Blu-Ray from Warner Bros. Entertainment in exchange for my post. No other compensation was exchanged or received. The opinions below are mine and mine alone.


“Eastwood has made one of his best films yet.” - Pete Hammond, Deadline

THE WORLD WILL KNOW THE TRUTH WHEN 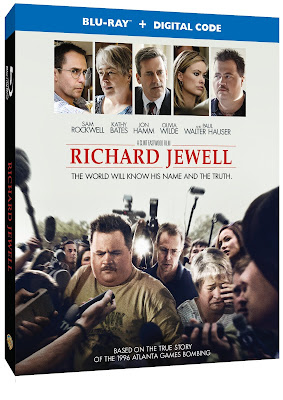 What is reported as fact obscures the truth when “Richard Jewell” arrives on Blu-ray, DVD and Digital. Directed by legendary filmmaker Clint Eastwood, “Richard Jewell” is based on the true story of the 1966 Atlanta Games bombing.

SYNOPSIS:
Directed by Clint Eastwood and based on true events, “Richard Jewell” tells the story of the security guard who discovers a bomb at the 1996 Atlanta Games and takes swift, heroic action, saving countless lives. But in a turn of events, he becomes the FBI’s number one suspect, vilified by the press and public alike. Featuring an all-star ensemble cast, including Sam Rockwell, Kathy Bates, Jon Hamm, Olivia Wilde and Paul Walter Houser, Us Weekly calls the film “one of the most intriguing and powerful movies of the year.”

My Review and Thoughts:
I remember back in 1996 hearing about this and about Richard Jewell. What a great guy! I can't believe after watching this that the FBI thought that he was a bad guy! He knew a lot about police and bombs, and also about police codes. He was a good guy and he just wanted to be a policeman himself. So he studied up on what he liked and wanted to be like any normal person would. Watch this movie! It's a GREAT distraction from everything else that's going on in this world. Kids don't need to see this. I'd say it's great for those 14 years of age or older. As the kiddos might not understand the story.

Disney/Pixar's ONWARD Available To Purchase Digitally And Will Be On Disney Plus On April 3rd In The U.S.A.! #PixarOnward

Disney and Pixar’s ONWARD will be available to buy digitally and on Movies Anywhere beginning today at 5:00pm PST/ 8:00pm EST and on Disney+ on April 3rd in the U.S.A.! 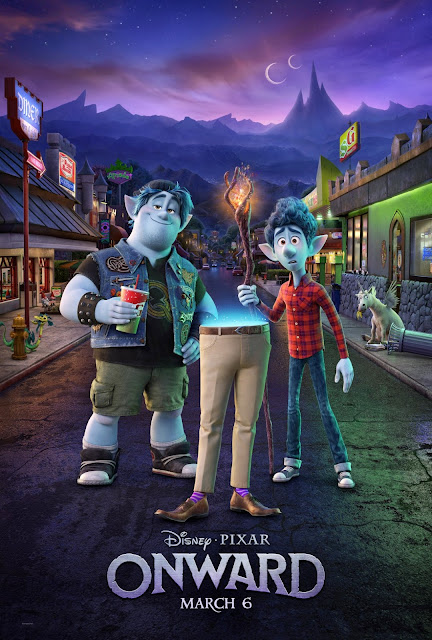 The film premiered in theaters on March 6th and earned rave reviews from audiences, including a 95% Verified Audience Score on RottenTomatoes. With cinemas currently impacted by closures due to the global health crisis, Disney will offer the film ahead of schedule to purchase on digital platforms in the U.S. beginning today at 5:00pm PST /8:00pm EST for $19.99.

“While we’re looking forward to audiences enjoying our films on the big screen again soon, given the current circumstances, we are pleased to release this fun, adventurous film to digital platforms early for audiences to enjoy from the comfort of their homes,” said Dan Scanlon (Director, “Onward”) and Kori Rae (Producer, “Onward”).

In ONWARD, teenage elf brothers Ian and Barley Lightfoot (voices of Tom Holland and Chris Pratt) get an unexpected opportunity to spend one more day with their late dad, embarking on an extraordinary quest aboard Barley’s epic van Guinevere. Like any good quest, their journey is filled with magic spells, cryptic maps, impossible obstacles and unimaginable discoveries. But when the boys’ fearless mom Laurel (voice of Julia Louis-Dreyfus) realizes her sons are missing, she teams up with a part-lion, part-bat, part-scorpion, former warrior – aka The Manticore (voice of Octavia Spencer) – and heads off to find them. Perilous curses aside, this one magical day could mean more than any of them ever dreamed.

With this exciting news, I also wanted to send around some fun new activity sheets (Memory game, Maze, and six Coloring pages which can be downloaded here: https://app.box.com/s/8p9vz8n9txc27w6qe3ycbd4nxd2o5ute

"Diary of a Future President" Season One Finale - This Friday March 20th on Disney Plus!

The season one finale of “Diary of a Future President” will stream on Disney+ this Friday, March 20 and all episodes (1-10) will then be available to binge!!! 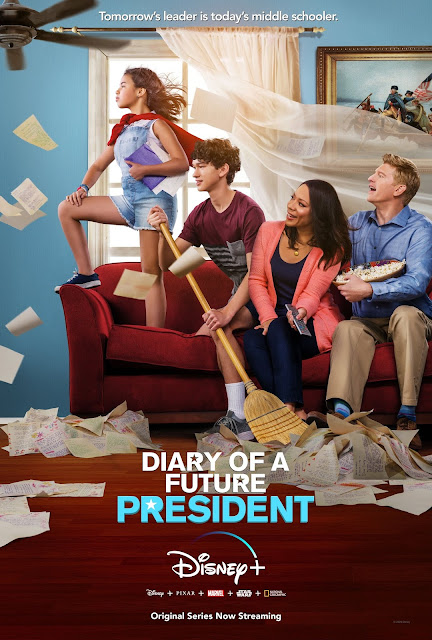 Told using the narration of 12-year-old Cuban American girl Elena’s diary, this new family comedy follows her journey through the ups and downs of middle school, which set her on the path to becoming the president of the United States. “Diary of a Future President” was inspired by creator Ilana Peña’s (Crazy Ex-Girlfriend) childhood and is produced by Gina Rodriguez’s (Jane the Virgin) I Can and I Will Productions.

Diary of a Future President: Finale - Episode 110 - “Two Party System”
In Tallahassee, Elena has unresolved issues with Jessica, and she decides to take a Senator’s inspiring advice, to find a solution. Bobby struggles with expressing himself and finds comfort in Sam’s guidance. Gabi tries to pretend like everything is fine at work, despite her new normal with Sam.

More info about this series: (Trailer Below)
In the new Disney+ series “Diary of a Future President,” we see the origin story of a future leader. Told using the narration of 12-year-old Cuban American girl Elena’s diary, this new family comedy follows her journey through the ups and downs of middle school, which set her on the path to becoming the president of the United States. “Diary of a Future President” was inspired by creator Ilana Peña’s (Crazy Ex-Girlfriend) childhood and is produced by Gina Rodriguez’s (Jane the Virgin) I Can and I Will Productions. Rodriguez directed the first episode and guest stars as grown-up Elena.

“Diary of a Future President” will feature up and coming actor Tess Romero (“Blind Spot,” “Alternatino”) as young Elena, an unabashed, ultra-observant 12-year-old with a strong point of view, who walks through the world with purpose and confidence. Charlie Bushnell, who makes his acting debut in the series, plays Bobby, Elena’s sweet and mischievous older brother. Selenis Leyva (“Orange Is the New Black,” “Murphy Brown,” “Maniac”) stars as Gabi, Elena and Bobby’s sharp and loving mom. Michael Weaver (“Here and Now,” “The Real O’Neals,” “Notes from the Underbelly”) plays Sam, a lawyer at Gabi’s firm who is in the beginnings of a relationship with her.

Labels: airplanes and dragonflies blog, Diary of a Future President, Disney Plus, Series for families

NEW "Tales From The Loop" Premiering on Amazon Prime on April 3rd! 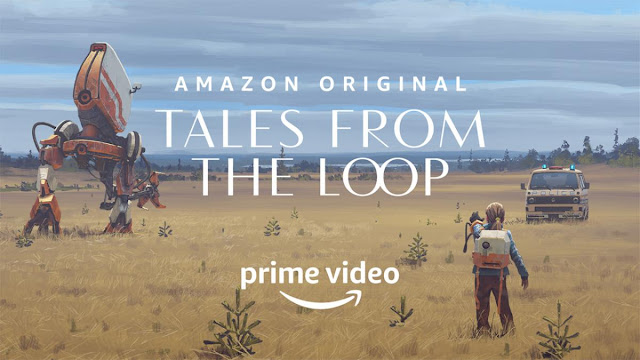 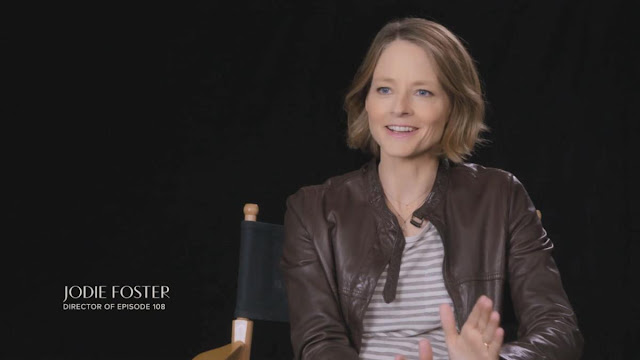 From Executive Producer Matt Reeves and based on the acclaimed art of Swedish artist Simon Stålenhag, Tales from the Loop explores the town and people who live above “The Loop,” a machine built to unlock and explore the mysteries of the universe – making things possible that were previously relegated only to science fiction. In this fantastical mysterious town poignant human tales are told that bare universal emotional experiences while drawing on the intrigue of genre storytelling.