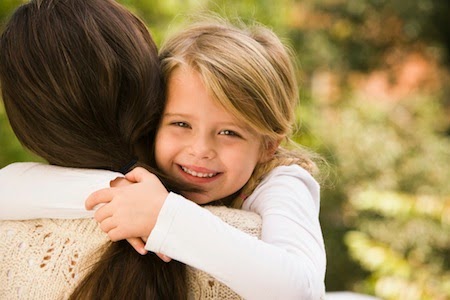 (image source, not an ad)

My four year old daughter is a sweet little girl. But for her to feel good and comforted, she needs to be held on my lap at least once a day, and hugged pretty much every time she comes to me for a hug. If I can't give her a hug, she freaks out, and sometimes she will throw a tantrum, or cry, which makes me sad. So I have been doing the best that I can to stop what I am doing, and hug her.

Guess what? She's happier, not as needy or whiny, and she loves that me, her mommy, will stop what I am doing and hug her. I never knew that hugs could mean so much to my daughter, but they do. Hugs help her to feel secure and loved.

So stop what your doing when your children ask you for a hug as much as you can, and hug them. Talk to them for a few minutes and ask them if they are doing ok or if they need something from you. Chances are, all they want is a HUG!

This is not an ad, I just wanted to share this with you.

Posted by Heather Kelly at 4:54 AM 0 comments

Coffee Blenders Vitamin Coffee Pack (bundle of one box each of Lean, Focus and Escape) (@9am CST) - U.S. - 5MinutesForMom.com *GT

Race code good for any U.S. 2014 Spartan Race. The code will work one time for any open heat (non-confirmed start time) in any 2014 Spartan Race in the continental U.S. - U.S. - Heck of a Bunch *RC

Coffee Blenders Vitamin Coffee Pack (bundle of one box each of Lean, Focus and Escape) (6/27 @9am CST) - U.S. - 5MinutesForMom.com *GT

Collapsible 3-Compartment Folding Lap Desk in the color of your choice from HearthSong - U.S. - Your Golden Ticket Blog *RC

Fifth Avenue Trilogy Summer in the City Prize Pack (one paperback book from the trilogy, and beauty and makeup products. Products are from Aromaflage, Evian, NYX Cosmetics, Juice Beauty, and Not Your Mother's) - U.S. - Heck of a Bunch *RC

I was a little skeptical about the Battroborg Battle Arena from Tomy. As the reviews on Amazon are mixed. Some people like it, and some people don't. I didn't know that after a few minutes of playing with the robots, how to reset them after their lights turn red and the controllers make noise to signify that the robot was hit five (5) times, making that robot out of the game. 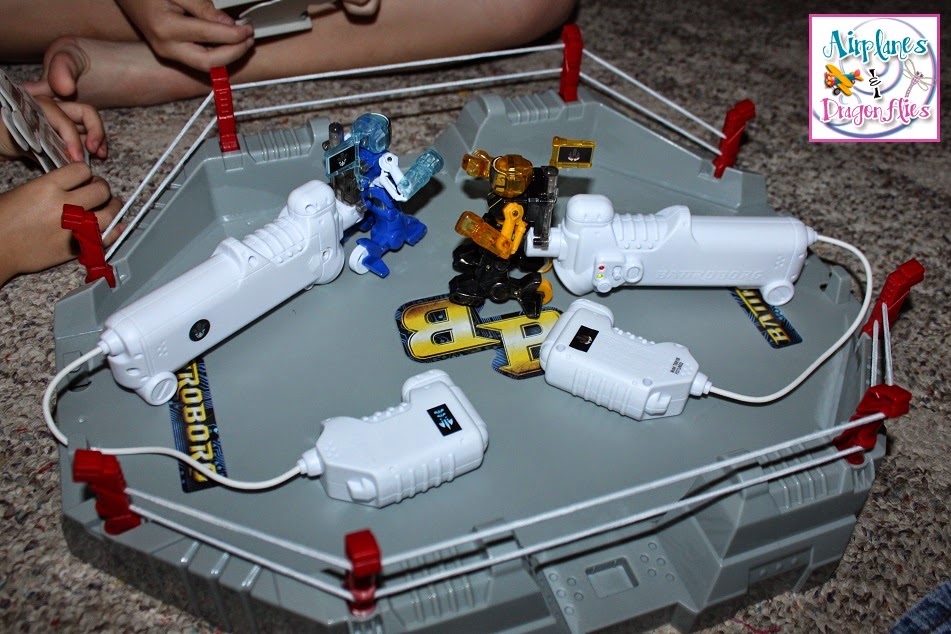 1) Put batteries in the controllers.

2) Make sure controllers are in off position (in the middle).

3) Make sure robots are turned off. Then plug the end of the big controller into the bottom of the robot's backpacks. Then turn the switch on the controllers to the left (Charging). Both green and red lights should come on. Now your robot is charging. Should take about 20 minutes. When green light goes off, and red light is remaining on, your Battroborgs are charged.

4) Set up the battle arena while Battroborg robots are charging. 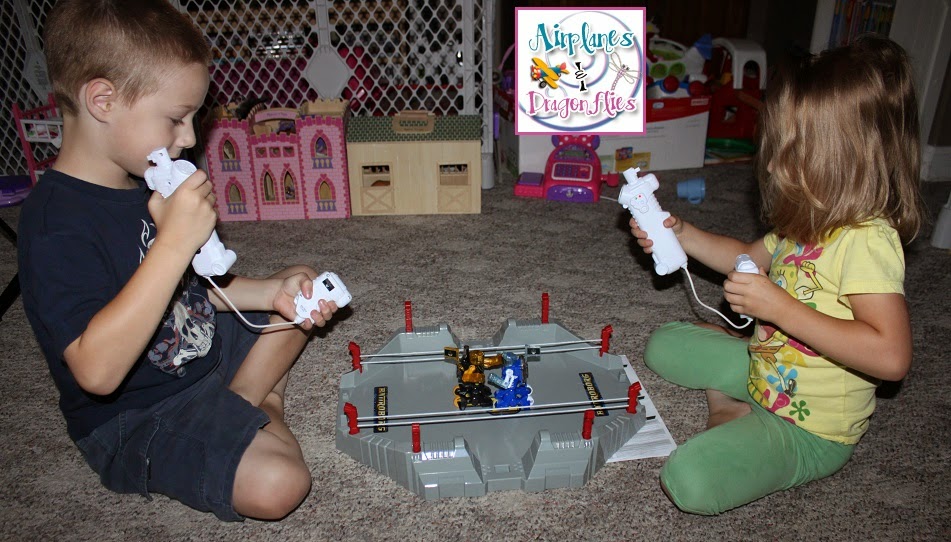 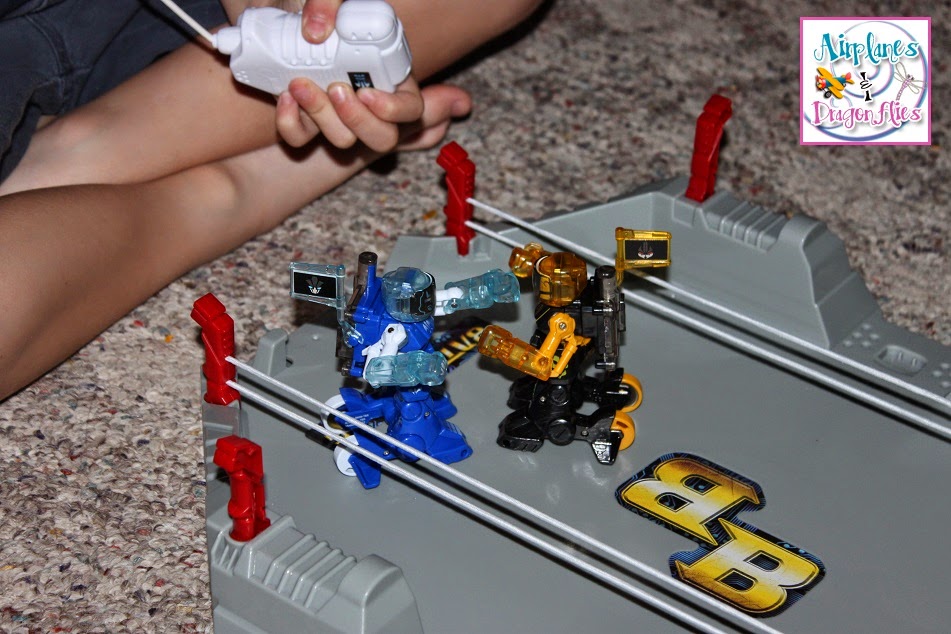 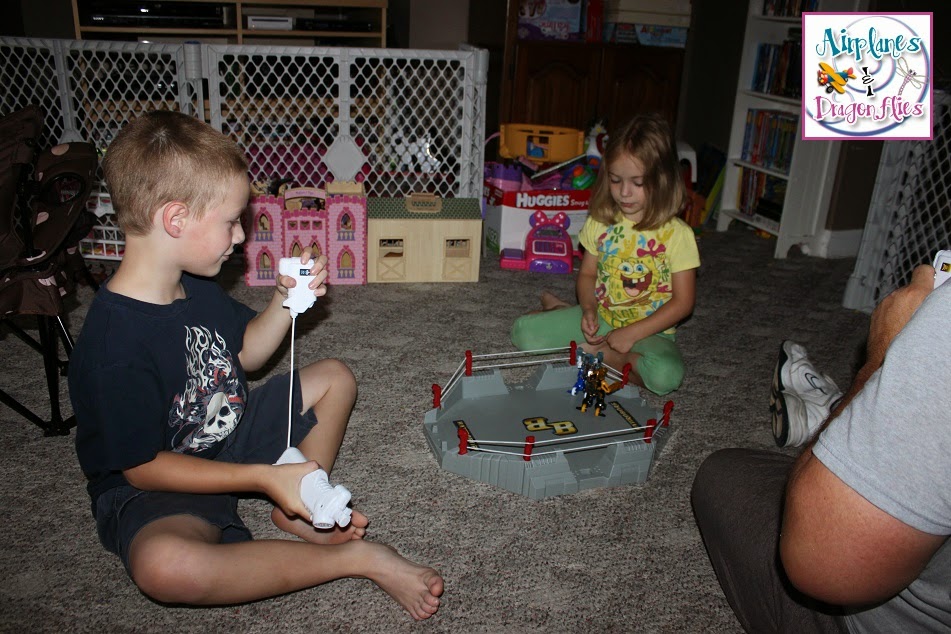 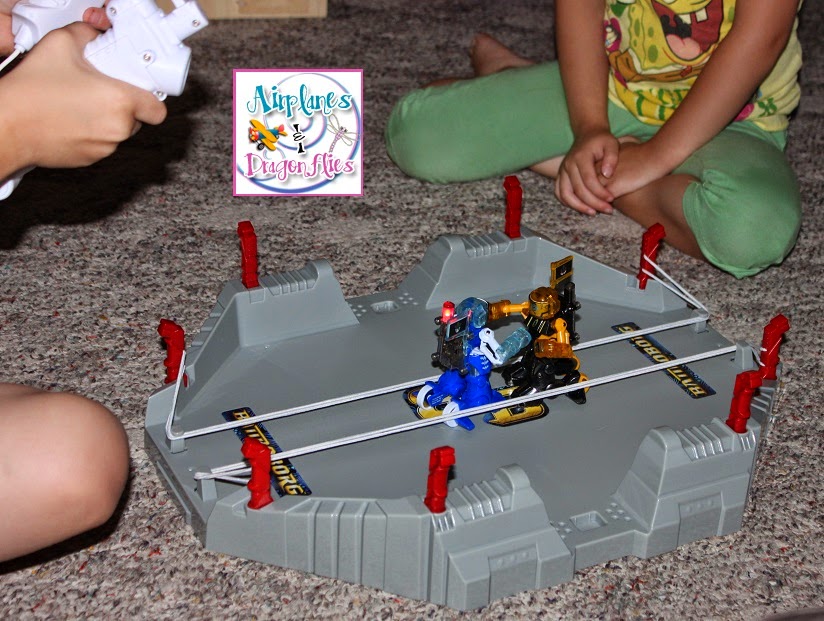 My husband even got in on the fun! He read the instructions and found out that we can place the elastic arena bands into three different places! He seemed to enjoy this way the most, while my children enjoyed having the arena wide open so they could move their robots around more.

After you get the Battroborg robots battling and hitting one another, once the robot is hit five (5) times, you need to only touch his face for a few seconds, and then the robot resets itself. Be super careful with the Battroborg robots, as I read that their arms can come off. I just told my children not to touch the arms, just in case.

Battroborg, the award-winning motion-controlled battling robots game from TOMY that paved the way for a new generation of battling is on SALE NOW at Walmart! With only six to eight weeks left of summer, and six months until Christmas, Battroborg would be a great gift for anyone! The first robotics toy of its kind, Battroborg uses advanced motion-control technology to bring you the rush and grit of true in-your-face combat action. Whether you’re a brawler, a glass jaw or a southpaw, Battroborg promises pure excitement, ultimate battling action and knock-out fun! 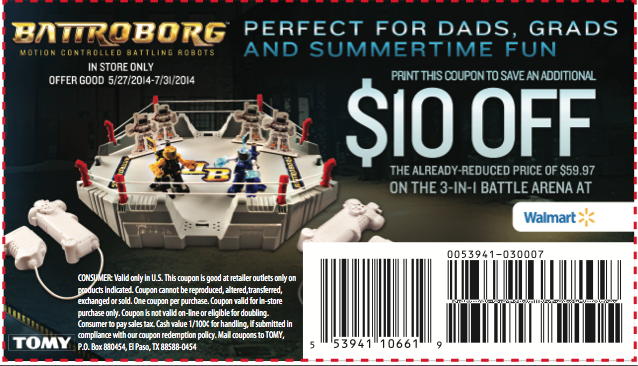 Please share this additional $10 off coupon for purchase at Walmart with your friends and family! 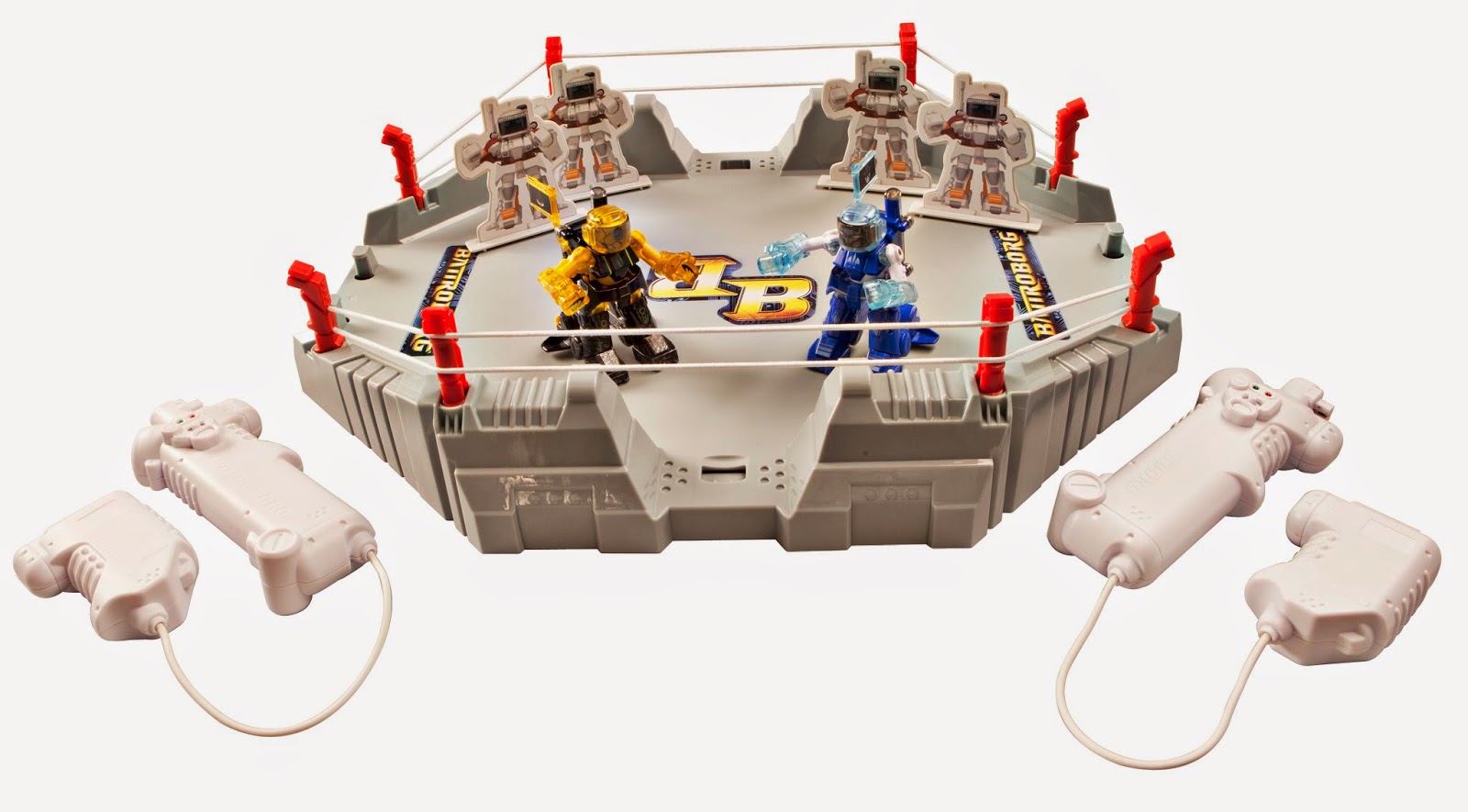 Go to Walmart today and purchase your own Battroborg 3-in-1 Battle Arena, and let the fun begin!

Disclosure: I received my won Battroborg 3-in-1 Battle Arena in exchange for two blog posts, one about the coupon, and this review post. No other compensation was exchanged or received.

Posted by Heather Kelly at 8:48 AM 0 comments

Dinner for two at Applebee's - U.S. - After the Alter *RC

Chicken Soup For The Soul: Living with Alzheimers and Other Dementias - book - U.S. - Save More Spend Less *RC

Made in Nature - Bag of Cranberries and a bag of Figs (2 winners) - U.S. Hanging Off The Wire *RC

$25 GC to the Pet Supplies Plus store in Livonia, MI - My Sentiment ExactLee *RC