One Creative Ears from an Etsy shop - U.S. - Tips from the Disney Diva *RC

Posted by Heather Kelly at 3:35 AM 0 comments 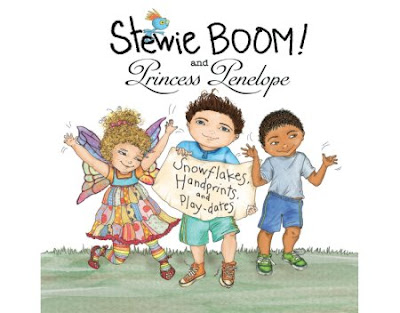 About the Book:
At school, Penelope’s teacher encourages the class to play with someone new at recess so that they can see that minds, like handprints and snowflakes, are one of a kind. Penelope chooses Eric and they have so much fun she invites him over for a play-date. Before he arrives, Penelope’s Mom tells her that Eric’s mind is called “on the spectrum,” and so his unique preferences might be different from the ones she’s used to. To prepare, they practice using quiet voices, listening with their eyes, and being flexible. As their play-date unfolds, Penelope and Eric show readers the many ways that families can embrace neuro-diversity.


This children's book focuses on neurodiversity and children with autism spectrum disorder. April is Autism Awareness Month! This book is geared towards both families and parents of special needs children and families in general.

About the Author:
Christine Bronstein. is an entrepreneur, a mom, an author, a philanthropist, and a wife. She's the founder of Nothing But The Truth Publishing, and the author of the Stewie Boom! series of children’s books. She's a graduate of the Columbia/UC-Berkeley executive MBA program and am a member of the honor society Beta Gamma Sigma, and am also a graduate of Emerge California. I was the CEO of one of the few women-run, venture-backed health and fitness companies in the nation for eight years and was president of a child-welfare foundation for three years. She is married to Bay Area journalist Phil Bronstein, and the mother to three children, multiple dogs and several other small creatures. 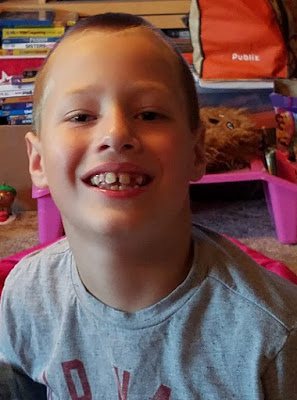 My ten and a half year old son has Autism, he has high functioning Asperger's, well, at least that's what it seems like. He also has Sensory Integration Disorder and other sensory issues. He was also diagnosed back in 2015 with a behavioral disorder. He doesn't respect his teachers, his dad, and sometimes, even me. He does more for my husband and I then for most other people. Once he knows someone, he will push every single one of their buttons and hurt them when he can by not doing what they need and want him to do.

Some of his friends have known him since PreK and some since Kindergarten. So they know that on the playground and outside of school, Matthew is great, a good friend and a lot of fun to be around. But when he's in the classroom, he's been a huge distraction, refusing to do his school work, causing scenes inside the classroom, and having classwork sent home to do at home. He's currently receiving a D in 4th grade math. He knows math! He does really well on his homework and test reviews at home.

My ten and a half year old son is a mystery to me, his father, his teachers, and more. He is plenty capable of doing what the other kids are doing in class and following directions. He has done it on rare occasions and when he does, he makes us proud. But when he doesn't, we always ask him what's going on, what can we do to get him to do his classwork, or ask him if someone is bullying him. But when we talk to him, other than telling him that we love him so much and that we will love him no matter what, there's not much that we can do. We've talked him to death!

My latest conversation with Matthew ended with me telling him that if he'd do his classwork in class, that he would make his friends, classmates, teachers and us, his parents, happy. That the timers in his classroom that his teachers are using would stop if he'd just do his classwork and do what the other kids in class are doing when the teachers ask him to do.

So far, so good. It lasted for two whole school days! Thursday last week, and yesterday! I keep reminding him every night what he needs to do. He repeats to me that he knows! But I have to keep reinforcing it when I can, and tell him how happy he makes me that he's doing his classwork in school. Being the parent of a child on the spectrum has it's ups, and of course, its downs. Some days are easy, but most days are hard.

"Stewie Boom! and Princess Penelope: Handprints, Snowflakes and Play-dates" children's book explains to children that we are all different like our handprints and snowflakes, and about how we all like to do different things. It also explains that children on the spectrum can help us to see new ways of looking at the world. It also explains that other people might communicate what they are feeling with their body language.

I wish that this book existed when my son was four to six years old. It would of helped his classmates and friends that came over to play that he is like them, but he's also different too. It might have also helped us to have better play-dates and on how to develop better friendships.

I recommend this book to everyone who has a child on the spectrum from ages two to eight or nine. My almost nine year old daughter read this book with her five and a half year old sister, and it helped them both to understand how their friends are different then they are.

I also have an Autistic girl in my Daisy Troop. I can't wait to share this book with them in the fall and use it to discuss children on the spectrum!


Disclosure: I received a copy of "Stewie Boom! and Princess Penelope: Handprints, Snowflakes and Play-dates" children's book from Nothing But The Truth Publishing who specializes in works by diverse female authors as well as children's books.

Posted by Heather Kelly at 3:50 AM 0 comments