Pastel Salad Bowls from Bamboozle Home and Mixed Case of Dress it Up Dressing (6, 10-oz bottles of mixed flavors) - All 50 U.S. States - Klee Bundles of Good

Across the River - Movie, Available on DVD, Digital and Demand beginning July 17!

Indie film leader Random Media proudly announces the worldwide debut of director Warren B. Malone’s delightful unromantic comedy, ACROSS THE RIVER, a ‘slice of life’ story about one couple’s second-chance at goodbye, on DVD, digital and VOD -- beginning July 17, 2018.

It’s the emotionally resonant tale of first loves reunited by accident as both, thwarted by the challenges of a public transportation strike, seek to get home on a busy London afternoon - but to opposite sides of the river.  As they reminisce, laugh and cry, the reality of their current lives pulls them apart, but the memory of what they had - and could have had - tempts them. Produced by London-based Penguins with Freckles, ACROSS THE RIVER stars Elizabeth Healey as Emma and Keir Charles as Ryan and is directed and co-written by Warren B. Malone. 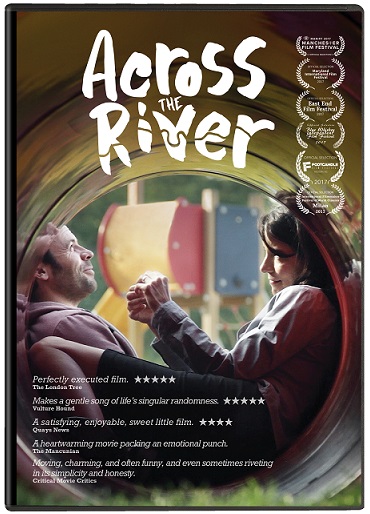 Official Synopsis:
Emma has it all. She's a successful lawyer with a loving husband, two wonderful children and a beautiful home. Ryan is trying to build an elephant out of sand on the beach. He was her first love; it ended badly many years ago and they haven't seen each other since... It's awkward at first but they have one thing in common. A strike has paralyzed public transport and they need to get to their homes: quite close, but on opposite sides of the river. On their way they reminisce, argue, cry and laugh. They can never recapture what they had, but the memory of it tempts them.

Posted by Heather Kelly at 9:40 AM 0 comments

Labels: Across the River movie, airplanes and dragonflies blog 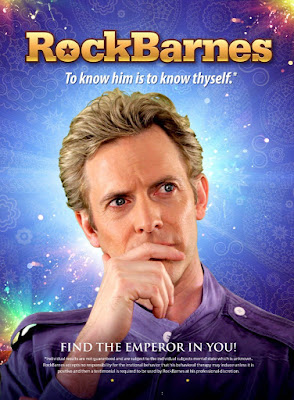 Erik Stolhanske (Super Troopers, Super Troopers 2, Beerfest) delivers an award-winning performance as narcissistic self-help guru “RockBarnes.” This mockumentary follows the illustrious RockBarnes as he hires a movie crew to go on tour with him and record his greatness for the world to see. But when things go awry, and his world starts crumbling all around him, RockBarnes does what any egotistical anti-hero would do: he fires the director, holds the camera crew hostage, and goes about making an epic opus of grandiose delusions.

RockBarnes is now available On Demand!


My Review:
This movie is different. Not for people under the age of 25-30. They might not understand it since they haven't had too much life experience yet. Rock Barnes is a motivational speaker. People love him, they want to sleep with him, and be him. But he's so messed up! The people who have put him on a pedestal don't realize that he's normal and as messed up as they are. The people who work for him, aren't his fans. But they help him, and keep their mouths shut about his private life behind closed doors. He keeps hitting on his assistant, asking her to sleep with him. She keeps ignoring him. Every night once the sun goes down, Rock Barnes drinks and drinks. He believes that if he doesn't drink until the sun goes down, that he's not an alcoholic.

Then, Rock Barnes gets served, and all the rest of his speaking engagements get canceled. Then things change from there. But, in order for you to find out how they change, or if Rock Barnes will ever change, you'll need to see “RockBarnes: The Emperor in You” On Demand! This movie is like stupid, funny. Check it out!


Disclosure: I received a private screener of “RockBarnes: The Emperor in You” movie in exchange for my review post. No other compensation was exchanged or received.

Posted by Heather Kelly at 8:49 AM 0 comments

Labels: airplanes and dragonflies blog, RockBarnes: The Emperor in You movie review

signed finished paperback copy of MY LULLABY OF YOU a bookmark, a bookish beach towel, a beach inspired candle and annotation cards