KeySmart 2.0 in the color of your choice (excluding titanium) - U.S. - Your Golden Ticket Blog *RC

Five Brand-New Episodes Of VeggieTales In the House Debut On Netflix on January 30th, 2015!!! 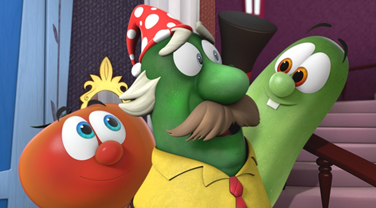 The upcoming episodes will have something for every VeggieTales fan – important lessons, affirmations of faith, new songs and music, and perhaps most exciting of all … new characters, along with some returning favorites, including LarryBoy, the world-famous Veggie hero!

We’ll have more about the new characters in an upcoming eVEGelist email, but I can share with you that they include the first meat character in the Veggie world, Bacon Bill, along with LarryBoy’s nemesis, Motato.

Want to give your readers an early look at the all-new episodes that debut Jan. 30?  Here’s an eVEGelist-exclusive clip that you can easily embed!  (If you need it in a different format, please let me know.)

In the episode called “Lie-Monade,”  Larry opens a lemonade stand in order to raise money, and the Veggies are excited to buy his beverage.  But he doesn’t tell anyone that the reason he wants the money is to buy the latest video game -- and, in this song, Larry reveals that he has learned an important lesson in being honest with others ... and with God:

Here’s a quick look at all of the brand-new VeggieTales In the House episodes that debut on Jan. 30:

Episode 6 – “Pa Grape’s Son”: Pa Grape adopts Jean Claude for the day so they can compete in the Father and Son Day Celebration games.  “Larry’s Cardboard Thumb”: Larry convinces Petunia to let him take care of her plants – but can he handle the job?

Episode 7 – “The Gong Heard ’Round the House” – Bob bangs a gong every time he performs an act of kindness in an effort to get his name on the town’s new generosity shelter. “When the Dust Bunnies Came to Town”: Larry and the Veggies ignore warnings from Pa Grape, Ichabeezer and Granny Asparagus not to open the air-conditioning vent … there’s a reason it’s locked!

Episode 8 – “The Bucket List”: Bob and Larry take Ichabeezer on an adventure, doing all the things they think he wants to do. “A Gift for Singing”: Pa Grape asks Madame Blueberry to sing a new jingle for his store, which leads Ichabeezer to create his own, less-happy jingle. (Note: A scene from “The Bucket List” is pictured above.)

Episode 9 – “Lie-Monade”: Larry opens a lemonade stand to raise money – so he can buy the latest video game. “Let’s Build a Fort!”: When his dad is too busy to help him, Junior Asparagus recruits Laura Carrot and Larry to help him build a giant fort.

Episode 10 – “Bacon and Ice Cream”: Pa Grape asks Larry to let the silly new guy, Bacon Bill, help him drive the ice-cream cart. “For the Honor of LarryBoy”: LarryBoy is reluctant to save grumpy old Ichabeezer from the nefarious Motato – will he stand by his code of honor and do the right thing?

I'm sorry, things have gotten away with me in picking giveaway winners. :(

Winner of the TOOB or Replica from Safari Ltd. is: Stacie Magers!

Winner of the Daddy & Co. Giveaway is: Allyson Tice

Winner of the 6 pack of My Lip Stuff lip balms is: Debbie Welchert 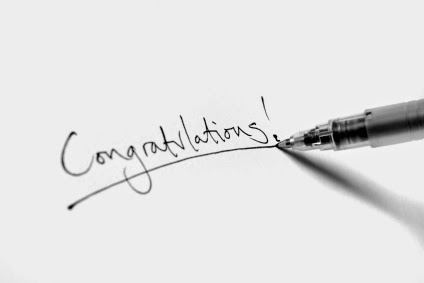 One Box of the Healthy Cycle tea and one box of the Weightless tea - U.S. - Insonnet's Kitchen *RC

Stolen (Heart of Dread #2) by Melissa de la Cruz and Michael Johnston - All 50 U.S. States - Books I Think You Should Read *GL

Posted by Heather Kelly at 4:00 AM 2 comments

The Identical DVD - U.S. - Save Green Being Green *RC

Pack of Spaghetti Headz Hair Twists and 2 winners get 25% off a set - Main 48 U.S. States - Prairie Wife in Heels *RC

Choice of your favorite nail wrap from Jamberry Nails - U.S. - I Guess I'm Due

Smile Brilliant Teeth Whitening System - U.S. - Shaping Up to be a Mom *RC

Autographed Copy of "Chicken Soup for the Soul: Find Your Inner Strength" - book - U.S. - Our Village is a Little Different *RC