Family 4pk of tickets to see Disney on ice in Nashville, TN (@11am PST) - In or near Nashville, TN - From Downriver to Downright Country *RC 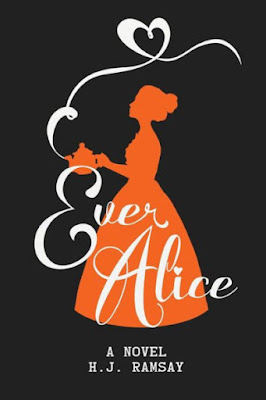 The book is smart in its movements forward—maintaining its suspense, forwarding intriguing adventures, and even including additions like ghosts. The queen herself is a compelling villain, painted as unpredictable and surrounded by characters whom she cannot trust, including her maidservants and family. The tension around her heightens interest, particularly as cases of theft and death in the castle increase. The book’s revelations are continually surprising … Ever Alice is an enthralling take on a classic story. (Clarion Review)

With whimsy and humor, H.J. Ramsay drops Alice—and readers—back down the rabbit hole to Wonderland for a new adventure in Ever Alice, an imaginative narrative continuing the adventures of Lewis Carroll’s young protagonist and the fantastically strange world she discovered … In all, this is a rabbit hole well worth tumbling into. (BlueInk Review)

About the Book:
Alice’s stories of Wonderland did more than raise a few eyebrows—it landed her in an asylum. Now at 15 years of age, she’s willing to do anything to leave, which includes agreeing to an experimental procedure. When Alice decides at the last minute not to go through with it, she escapes with the White Rabbit to Wonderland and trades one mad house for another: the court of the Queen of Hearts. Only this time, she is under orders to take out the Queen. When love, scandal, and intrigue begin to muddle her mission, Alice finds herself on the wrong side of the chopping block.

About the Author:
H.J. Ramsay has loved fantasy ever since she was a child. Growing up, she was influenced by movies like the Labyrinth, The Dark Crystal, and Legend as well as books and short stories, such as The Collected Works of Brothers Grimm. She is drawn to fantasy with a darker side to its glittery world and the idea that things are never what they seem. She has an MFA in Creative Writing from Antioch University, Los Angeles and teaches writing classes at her local community college. Ever Alice is her first published novel. www.hjramsay.com

Purchase your copy today on Amazon, or a a local book retailer near you! (non-affiliate link)

Or you can Enter below using the Giveaway Tools form for a chance to Win your own copy of "Ever Alice!" 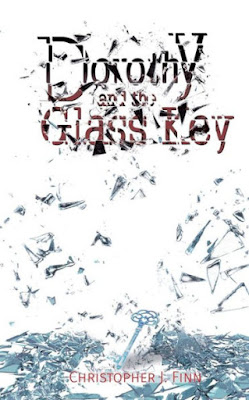 "Dorothy and the Glass Key" is a book for young readers, from Austin Macauley Publishers, an epic surrealist-fantasy novel that spans dimensions and keeps readers guessing with the flip of each page.

Dorothy and the Glass Key follows 14-year-old Dorothy Olston. Dorothy had to grow up fast when her father’s alcohol-induced carelessness resulted in a house fire that claimed her mother’s life. Shortly after, Dorothy finds a new life on her uncle’s farm in Florida…but that doesn’t last for long. Flash forward thirty-four years later, and Dorothy is in a permanent vegetative state. But why? It’s up to Ellen Steward – the hard-working, slightly jaded administrator at an upscale rehab facility – to unravel the mystery that landed Dorothy in this condition. With some unexpected help, Ellen unwinds Dorothy’s fantastical narrative. It begins with a peculiar glass key that leads Dorothy to worlds that exist between time and space. She awakens a dark creature who feeds on the pain of the young, and soon Ellen discovers that even she is wrapped up in Dorothy’s strange saga. If she wants to save her, Ellen will have to give up everything. But if she fails, much more is at stake than anyone could have imagined.

To purchase a copy, click here on Amazon, or check your local book retailer. (non-affiliate link)

Or you can Enter for a chance to Win your own copy below!

Universal Studios Hollywood and Orlando Resorts Bring The Movie "US" to Life in All-New Terrifying “Halloween Horror Nights” Mazes!!! #US

“We are our own worst enemy.” 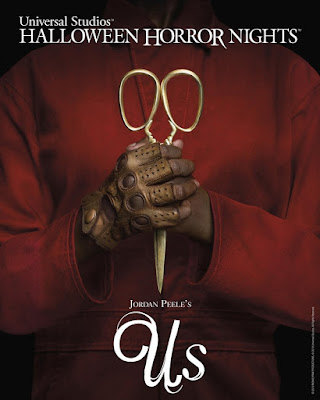 Featuring the unnerving labyrinth of underground tunnels that stretch from coast to coast below America, to the disorienting and the ominous uprising of “The Tethered”— doppelgängers of every living man, woman and child in the country—the “Us” maze will place guests at the heart of this living nightmare where they quickly realize they are their own worst enemy.

The journey begins circa 1986 as guests follow in the footsteps of the young girl they first meet as Adelaide Wilson as she innocently ventures through a mirror funhouse at the Santa Cruz boardwalk and has a fateful and traumatic encounter with her tethered doppelgänger, an event that will forever alter both of their lives.  The harrowing experience will then transition to present day, thrusting guests into the chaos of “The Tethered” uprising as they emerge from their tunnels to murder their privileged doubles in a nationwide coordinated act of rebellion.

"It's very exciting to know that fans of Us will get to experience firsthand the terror of being stalked and tormented by ‘The Tethered.’ It’s been a lifelong ambition of mine to create a monster that would scare people on Halloween, so having ‘The Tethered’ join such esteemed company is a dream come true,” said Jordan Peele.

“Jordan Peele has put his indelible stamp on a new genre of psychological horror films with the Academy Award®-winning movie, Get Out and the critically-acclaimed film, Us,” said John Murdy, Executive Producer, “Halloween Horror Nights,” Universal Studios Hollywood.  “And, it’s an honor to have the opportunity to work with him and his talented team to bring his unique vision for Us to life as a ‘living horror movie’ as part of ‘Halloween Horror Nights.’”

“The idea that ‘we are our own worst enemy’ and the visuals around that notion are what made the story of Us so compelling, personal and exciting for our design team to translate,” said Michael Aiello, Sr. Director of Entertainment Creative for Universal Orlando Resort. “Surrounding our guests in that horrific world of duality Jordan Peele created is a perfect fit for Universal’s ‘Halloween Horror Nights.’”

Universal Studios’ “Halloween Horror Nights” is the ultimate Halloween event. For more than 25 years, guests from around the world have visited “Halloween Horror Nights” to become victims within their own horror film.  Multiple movie-quality mazes based on iconic horror television shows, films and original stories come to life season after season. And, the streets of each park’s event are transformed into highly-themed scare zones where menacing scare-actors lunge from every darkened corner.

Award winning director, writer and actor, Lily Mariye has just signed with Verve Talent and Literary Agency for representation for directing.  This year continues to be a busy one for her, directing episodes airing this season that include: AMC’s “The Terror;” ABC’s “How to Get Away With Murder” and “Stumptown;” NBC’s “Council of Dads;” CBS’ “NCIS : Los Angeles;” and more.

Mariye was a 2018 DGA Award Nominee for Outstanding Directorial Achievement for the Amazon show, “Just Add Magic,” and received the East West Players Visionary Award from the Los Angeles based theater company – East West Players. In addition, her debut feature film which she wrote and directed, “Model Minority,” has won over 11 film festival awards across the nation and in the UK.  She began her career as an award-winning actress on stage, screen and television, and became a series regular on the NBC show “ER” for 15 seasons. 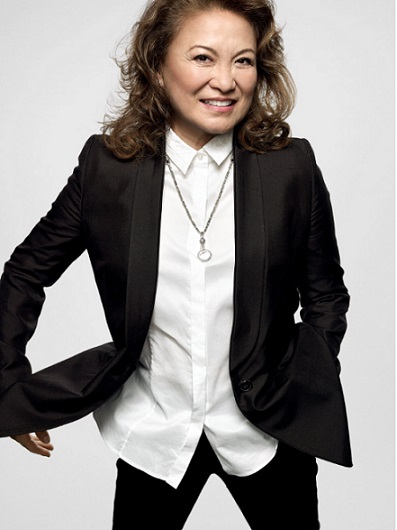 "The Last Time I Lied" book, by Riley Sager - U.S. - One Thrifty Reader