$1.50 off coupon for Oscillo Medicines for adults or children

$.75 off coupon for Coffee Mate coffee Creamer, liquid or powder

$2.00 off coupon for Ecover laundry powders and liquids

Posted by Heather Kelly at 6:25 AM 0 comments

$5.00 Mail In Rebate when you buy Disney's "Cinderella" and 2 Princess Halloween Shapes Cookies 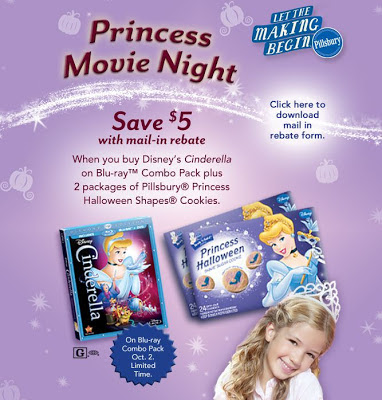 Posted by Heather Kelly at 5:54 AM 0 comments

Take Your Family To See "Wreck It Ralph" This Weekend! (Movie Review) 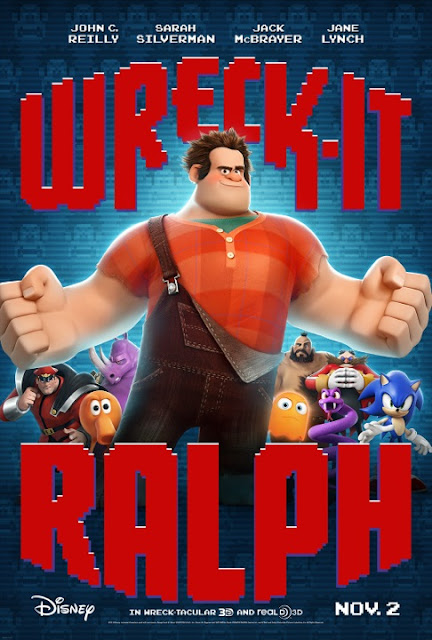 We really enjoyed seeing Wreck It Ralph last night in 3D! My five year old son Matthew loved it! He said it was the best movie ever! My three year old daughter didn't sit through it though, so I recommend the movie for children ages four and up.

Ralph is a character in a video game where he has re-lived the same things everyday, for thirty years. The residents of the building that he destroys day after day, has a big party for the guy who fixes the building, Fix-It Felix Jr., when Ralph wrecks it, and Ralph wasn't invited. So Ralph thinks that if he gets a medal, that the residents in the video game will appreciate him more, and maybe throw a party for him too. Ralph meets a character from a new video game who is consumed with doing the same things over and over again everyday. This guy kills bugs with a big gun and he wears a lot of body armor, so Ralph ties him up and steals his helmet and armor and he goes into the video game. Ralph then finds that a medal is kept and climbs up a building to get it. Ralph then ends up in an escape pod and crash-lands in another game called Sugar Rush, a kart racing game. While he is trying to get to the medal, he meets Vanellop von Schweetz, a character who glitches in the game.

I don't want to give away the rest. I saw that you can read about most of the story online, but you need to see the movie for yourself to see what happens. The graphics are awesome! We really enjoyed the details of the characters and the candy video game.


Disclosure: I received admission to see a special screening of Wreck It Ralph for my family and I in exchange for my post from a PR person. No other compensation was exchanged or received.

Posted by Heather Kelly at 7:15 AM 0 comments

Does This Church Make Me Look Fat - book - U.S. - Hanging Off The Wire *RC 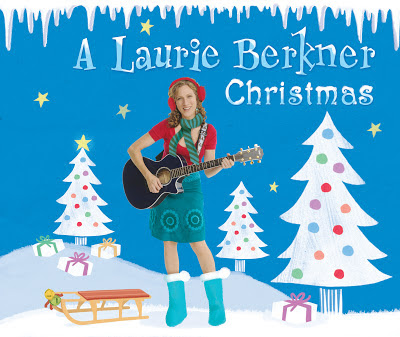 My children and I have already begun to listen to Christmas music. I want my children to have more time to memorize the Christmas songs that I grew up listening to. A Laurie Berkner Band Christmas Album contains 15 songs, three of which are NEW original songs: Santa's Coming To My House Tonight, Candy Cane Jane, and Christmas Lights! Check out the video of "Candy Cane Jane" below.

I listened to Candy Cane Jane many times with my children before seeing the video. My three year old daughter Chloe likes the video! This song reminds of me some neighbors that used to live next door to my parents, named of course, Jane and Joe. They built the house they lived in themselves with two bedrooms downstairs and an attic big enough for a room upstairs. I loved their small house. I can only imagine the memories that they had raising their children there. I don't remember how many children they had, but I remember it being somewhere over three. Jane loved Christmas! When she passed away, she left me her small artificial Christmas tree along with all of the decorations included. My sisters and I used to go to her house and play in her front yard under the big tree they had in the middle of their front yard. She used to always hand out nickels on Halloween.

Laurie says "Christmas has always been one of my favorite holidays. I have actually wanted to make this album for a long time, as so many of my memories of being a kid at Christmastime center around music! Now that I have my own family, we sing carols together every year. I still get a little thrill when I see the lights go up and we sign our first Christmas song of the season together."

Laurie also recorded a song for Hanukkah especially for fans who celebrate that holiday, "Candle Chase" is already available exclusively as a digital download on all digital providers suck as iTunes and Amazon MP3. 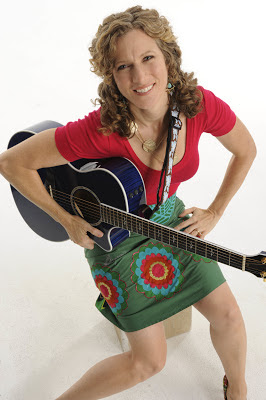 Laurie was the first artist to ever appear in music videos on Nick Jr., Nickelodeon's 24-hour educational, commercial-free preschool network, and is featured in nearly all of the episodes of the channel's Jack's Big Music Show. Nick Jr. recently brought back The Laurie Berkner Band videos to play inbetween their shows!

Purchase your copy of "A Laurie Berkner Band Christmas Album" today on TwoTomatoes, iTunes or Amazon! You and your children will really enjoy listening to these Christmas classics and creating new Holiday memories together.

Disclosure: I received a copy of A Laurie Berkner Band Christmas Album for my review. No other compensation was exchanged or received.

Posted by Heather Kelly at 5:43 AM 0 comments

Books Of Responsibility (6 books) - U.S. - Hanging Off The Wire *RC

One of each candy bar from Go Max Go - U.S. - Networking Witches *RC 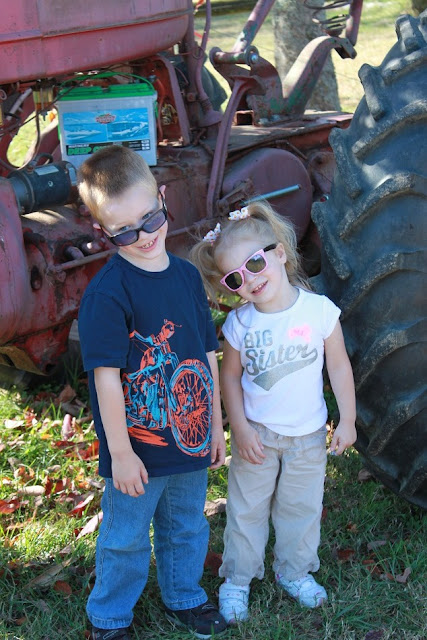 Happy Halloween from Wreck It Ralph! 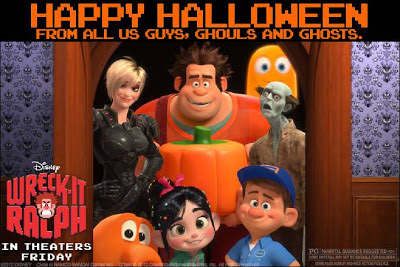 Winner of the $50 GC to Shutterfly.com is: 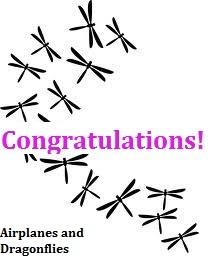 How to Get Your Child off the Refrigerator and on to Learning: Homeschooling Highly Distractable, ADHD, or Just Plain Fidgety Kids - book - U.S. - Guiding Light Homeschool *RC

$50 off your total order at TinyPrints.com - U.S. - Making Time For Mommy

$50 Promo Code off your total order at Shutterfly (promo code does not include shipping and cannot be combined with any other promos) (@7pm EST) - U.S. - Hershey Wishes and Kisses

Tiny Prints: $50 off your total order (does not include shipping & cannot be combined with any other promos) - U.S. - The Nap Time Reviewer *RC

$25 worth of Lifeway Kefir Coupons for Free products - U.S. - gaynycdad

Custom Made Bow from Amazing Bow-tique by Coco - U.S. - Loving Life and Living on Less *RC