Virtuous by Design T-Shirt from I Am A Woman of God - U.S. - Our Raettig Blessings

One container of VacciShield - US/CAN - My Secret Home

Do you live near Nashville, TN? Enter for a chance to Win a Thomas Day Out prize pack! 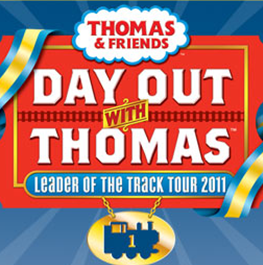 Enter for a chance to Win a Thomas's Day Out Prize Pack! You must live in Tennessee though!
Ends 8/25 at 12:01am EST

BabyBond Nursing Cover - U.S. - Discount living to save for Disney

One pack of Seventh Generation Diapers - U.S. - Too Blessed To Be Stressed

Build A Dream Playhouse of your choice - U.S. - 2 Kids and a Coupon

Product of your choice from Paper Coterie (5 winners) - being MVP

Posted by Heather Kelly at 2:01 AM 2 comments

Matthew - Christmas 2007 (He was 2 1/2 months old)
My son Matthew's nick name when he was a baby, was Wiggle Worm. When I would go to change his diapers he would always try to roll over, kick me, or he would turn over on his belly and try to crawl away. He was the squirmiest baby I had ever known. But then, I remembered the trick of putting my left leg over him to hold him still and to help keep him from moving so that I could get his diaper changed. Sometimes he would cry, because he couldn't get away, but after a few times of me using my leg to keep him still to get his diaper changed, he would lay still and let me do it. The photo below is not of me or my son, but I found it online so you can see what I am talking about. Since I am right handed, using my left leg worked great. 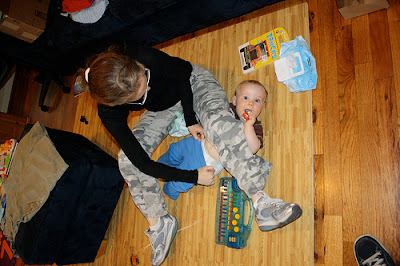 (Image credit)
This trick really works! I have been babysitting babies and children since I was twelve years old. I don't remember who taught me to do this, but once I was shown, it was so easy to do. I almost always change my children's diapers on the floor since I learned this trick. It was just easier that way, and so much easier to clean up any messes that might happen.

Another thing that I would do to keep my children still to get their diapers changed was to give them something that they aren't usually allowed to play with such as a toothbrush, empty cup, my keys, the remote control, my cell phone, etc. Giving our children the remote control control to the television or a cell phone to keep them distracted isn't always a good thing because usually, then end up getting sucked on. Eww! There is nothing worse than a sopping wet cell phone or television remote.

The best thing to keep them busy was to give them small toys or rattles to play with that I didn't let them normally have unless they were getting their diapers changed. I kept a small basket on their dressers of little toys like those couple dollar cell phones or keys at the check out stands that are for kids ages three years and up that played sounds or music when the buttons were pressed! Those worked great while they lasted! I didn't even have to use my leg to keep my children in place to get their diapers changed in the beginning. Once they got tired of a certain toy, then the squirming would begin all over again. 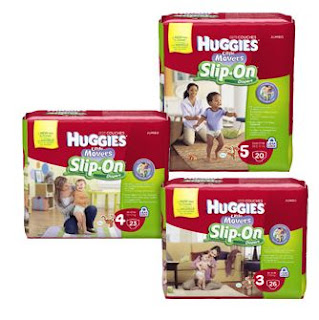 When our son was big enough, we used Pull-Ups on him because it was faster and quicker to get them on him so he could take off running. With our daughter, we are now using the NEW Huggies Little Movers Slip-On Diapers! These are awesome and so easy to take on and off. What a great way to also help get your little one ready for potty training!

What are your tips and tricks for getting children to sit still when you try to change their diapers?

Disclosure: I wrote this blog post while participating in the SocialMoms and Huggies blogging program, for a gift card worth $35. For more information on how you can participate, click here.

BLOGOVERSARY Giveaways on For One Another!

Go over to For One Another and enter her awesome Giveaways in celebration of her Blogoversary! 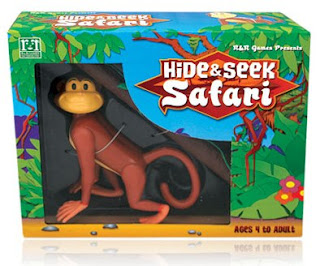 Posted by Heather Kelly at 8:41 AM 1 comments

The Day They Sold the Moon - Children's book - U.S. - Is There A Bathroom On This Ship? 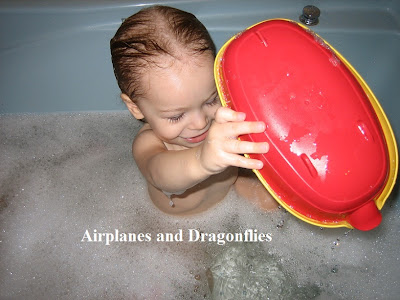 My kids really LOVE their Tugboats from Green Toys! 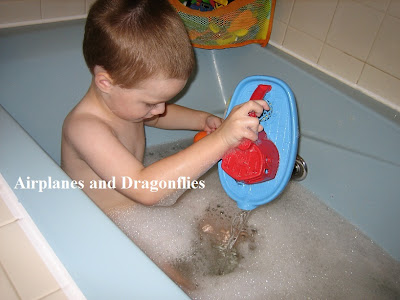 Early Lingo DVD of your choice - U.S. - Reviewed By Mom

Posted by Heather Kelly at 8:01 AM 1 comments

Card Game from Set Enterprises - For One Another

Chuggington: It's Training Time DVD - U.S. - 2 Kids and a Coupon

Who loves Me? - personalized children's book - US/CAN - Tidbits From A Mom

Personalized, signed copy of “Loui Saves the Earth” - kids book, and a set of adorable stickers featuring the animals from the story (3 winners) - U.S. - made in the U.S.A. challenge