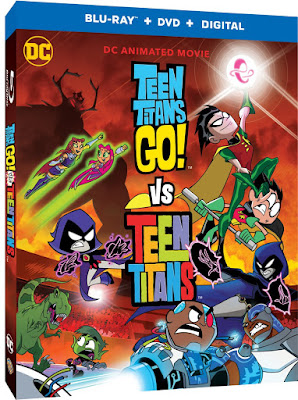 It’s week 5 at Camp Warner Bros.! This week, when the forces of evil unite from across time and dimensions, it’ll take the combined efforts of distinctly different, yet similar Super Hero teams to keep the universe secure in the action-packed animated mash-up movie -  Teen Titans Go! Vs. Teen Titans.

It’s time to get crafty with these adorable Teen Titans Go! Vs. Teen Titans Character Banks -  while learning a little bit about finances and household responsibility!

Gain control of your own Titans Tower  – and give your campers a lesson of earning, motivation, and accountability by offering allowance for their Summer Chores! Campers can save their money in their very own Character Banks: https://app.box.com/s/xkfa3cc62ejzyu6y2uk8nfeitvq8oz63

While chores can be a bore – you can figure out small incentives to help your campers learn about the value of the dollar, and working hard for something they really want. You can teach budgeting and saving to help set them up for their future. If they feel like being real Super Heroes – they can even do chores for charity – and have them donate to a cause that can save someone else’s Universe!

My Review:
My three children and I love the Teen Titans! We especially enjoyed seeing all of the different Teen Titans from the different earths throughout the multiverse. It was really cool to see different ways in which the Teen Titans might be drawn or portrayed in different movies, shows, and comic books. They also teamed up at the end of the movie to destroy a monster. This was super entertaining, hilarious, and full of action, and of course, a few butt jokes!

Disclosure: I received a copy of SCOOB from Warner Bros. in exchange for my review and blog post. No other compensation was exchanged or received. The opinions below are mine and mine alone.

HIS EPIC TAIL BEGINS  WHEN 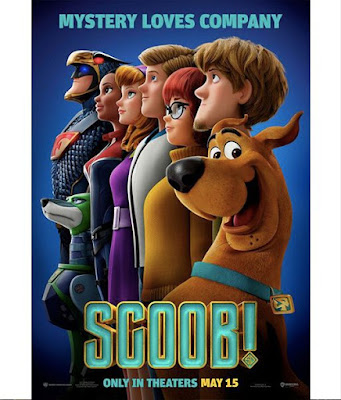 Learn the origins of Mystery Inc. and prepare for adventure when “SCOOB!” arrives on 4K UHD Combo Pack, Blu-ray and DVD from Warner Bros. Home Entertainment.

“SCOOB!” reveals the never-before-told story of Scooby’s origins. It shows how one of history’s most famous friendships began when an adorable, homeless puppy met a lonesome young boy named Shaggy, and how the two of them joined forces with aspiring young detectives Fred, Velma and Daphne to become the celebrated Mystery Inc.  Now, with hundreds of cases solved and adventures shared, Scooby and the gang face the biggest and most challenging mystery of their careers: a plot that will unleash the legendary ghost dog Cerberus upon the world.  As they race to stop this “dogpocalypse,” they discover that Scooby has a secret legacy and an epic destiny greater than anyone imagined.

It was directed by Warner Bros. animation stalwart Tony Cervone, an Annie Award nominee for the feature film “Space Jam,” two-time Emmy nominee for his work on “Duck Dodgers” and one of the creators of the popular Scooby-Doo series “Mystery Incorporated.”

The 4K UHD Combo Pack, Blu-ray and DVD versions of “SCOOB!” will all include a Digital copy of the film.

“SCOOB!” is also currently available for purchase from digital retailers.

SYNOPSIS
In Scooby-Doo's greatest adventure yet, see the never-before told story of how lifelong friends Scooby and Shaggy first met and how they joined forces with young detectives Fred, Velma and Daphne to form the famous Mystery Inc. Now, with hundreds of cases solved, Scooby and the gang face their biggest, toughest mystery ever: an evil plot to unleash the ghost dog Cerberus upon the world. As they race to stop this global “dogpocalypse,” the gang discovers that Scooby has a secret legacy and an epic destiny greater than anyone ever imagined.


My Review and Thoughts:
We really enjoyed the SCOOB movie! It was a great movie to watch the day before my children started online school. We enjoyed the action, adventure, and learning about how Scooby Doo met Shaggy and the rest of the gang. The movie was super cute and entertaining for my children who are twelve, eleven and eight years old. I highly recommend if you're a Scooby-Doo fan, to see this movie!