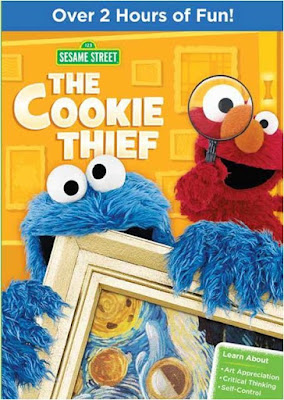 There’s an all-new cookie museum in town and your favorite furry friends are excited to start exploring! Cookie Monster leads the pack in this nail-biting, cookie-munching thriller that guest stars Rachel Dratch of Saturday Night Live fame and celebrates the arts. Sesame Street: The Cookie Thief is a fun, action-packed special in which Cookie Monster explores self-regulation concepts – such as impulse control, following directions, and managing emotions. Warner Bros. Home Entertainment and Sesame Workshop, the non-profit, educational organization whose mission is to help kids grow smarter, stronger and kinder, will release Sesame Street: The Cookie Thief on DVD March 1, 2016 for $14.98 SRP.

In Sesame Street: The Cookie Thief, a cookie art museum has just opened on Sesame Street. Surrounded by beautiful cookie paintings, like “Girl with the Cookie Earring,” and the “Muncha Lisa,” The museum is full of excitement with learning opportunities around each corner. Cookie Monster and his friends feel like they’re in a whole new world. But when art suddenly starts to disappear, Cookie Monster quickly becomes a suspect. Can Cookie Monster clear his name? Will they find the missing art in time, or will Cookie Monster be banished from the museum forever?

Enter below using the Giveaway Tools form for a chance to win your own copy of "Sesame Street: The Cookie Thief!" Giveaway is open to residents who live in the main 48 continental United States only, 18 yeas of age or older. Giveaway Ends 2/21/16.

Disclosure: I received No compensation of any shape or form for posting this giveaway. I simply wanted to share it with you, my readers.

Getting ready for Valentine's Day, kids' music star Laurie Berkner sings and joins yogini Kira Willey and some quite adorable children in yoga postures in a new video based on Laurie's song, "Open Your Heart." Watch the NEW video below!

"Open Your Heart" is on Laurie Berkner's new album, Love, a  fully remastered compilation of Laurie's songs about love.   "Open Your Heart" was originally written to bring attention to The Pajama Program, a 501(c)(3) organization dedicated to delivering new, warm pajamas and new books to children in need nationwide, many of whom are without parents and/or permanent homes. The gift of a new pair of pajamas and books lets children know that someone cares.  More information may be found at http://pajamaprogram.org. 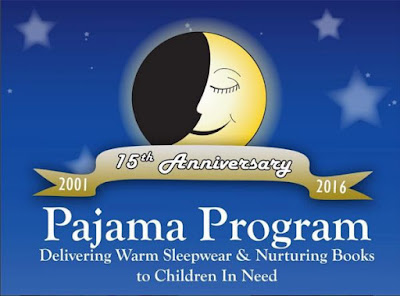 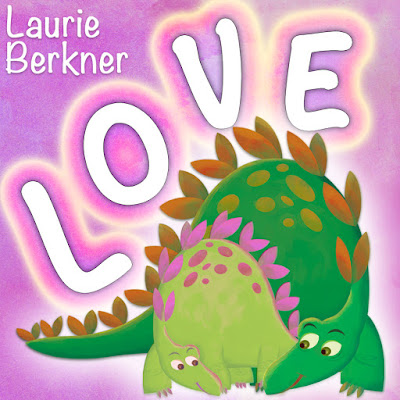 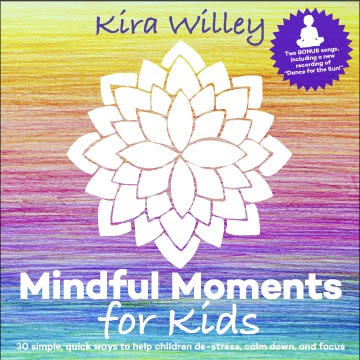 Kira Willey has also released a wonderful new album, Mindful Moments for Kids, a collection of 30 one-minute mindfulness exercises that can be done seated or standing, any time of day.

"Struggles: Following Jesus in a Selfie-Centered World" - Book (@7 or 8am CST) - Worldwide - Away From Blue *RC

Next Monday, February 8th, rings in the Year of the Monkey and we thought you and your readers might want to participate in some of the fun ways P.F. Chang’s is celebrating Chinese New Year this year! 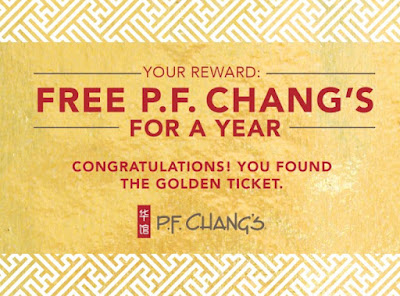 On February 8th, P.F. Chang’s is rewarding Five lucky Winners with FREE P.F. Chang’s for a year! The restaurant will adorn trees near its restaurants with traditional Chinese New Year red envelopes that contain a variety of P.F. Chang’s Preferred loyalty points –five people across the country will receive a lucky golden ticket envelope! 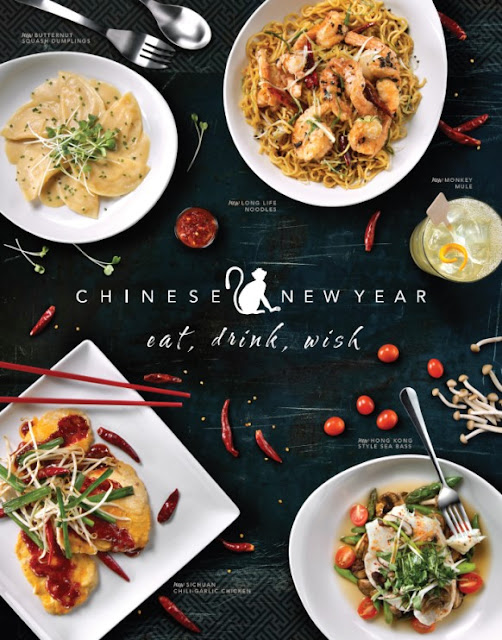 And that’s not all--throughout February, P.F. Chang’s will also donate $1 (up to $100,000) to Boys & Girls Clubs of America each time someone shares their Chinese New Year wish on Facebook, Instagram or Twitter using #PFChangswish and when a guest orders an item off the limited-time Chinese New Year menu that includes Long Life Noodles & Prawns, Sichuan Chili Garlic Chicken, a Monkey Mule (a twist on the traditional Moscow Mule) and more!

We’d love for you to join us in celebrating Chinese New Year– stop by the restaurant, share your Chinese New Year Wish on social media using the Hashtag #PFChangswish. Promotion ends 3/2/2016. 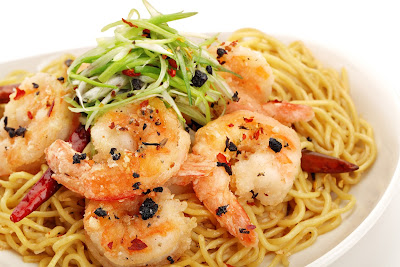 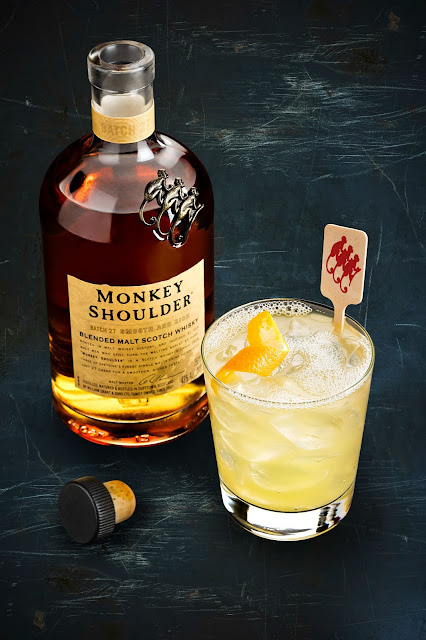 Paperback copy of "Appealed," by Emma Chase - All 50 U.S. States - Books I Think You Should Read *GL

Love is in the air for Peter Kater and his music. Since moving from Maui to Santa Monica, CA, the composer/pianist has received his 11th Grammy® nomination for his latest album, LOVE (Mysterium Music, 2015), scored a 3-hour PBS special series called “Heart of the World: Colorado’s National Parks” and, created an upscale unisex gift set for Valentine’s Day built around the album, LOVE. Peter Kater’s LOVE Essentials is available to the public for $49.90 plus shipping and handling at www.mysteriummusic.com/lovegift. *Order this Gift Set ASAP in order for it to arrive in time for Valentine's Day! The candle is also a body butter as it melts! The chocolates are available in select Whole Foods stores on ChocoLOVE displays!!! 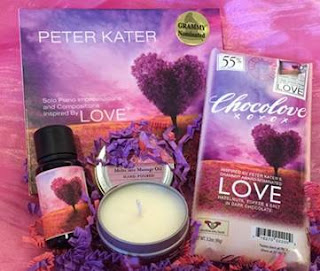 “Men and women have just embraced LOVE so completely,” says Trisha Bowden, founder of Mysterium Music, the Hanover, PA-based label that is marketing the album and the LOVE Essentials gift set. “Peter’s incredible liner notes touch their hearts, but the stunning artwork made us think, wow, this would look great as a Valentine’s Day basket!”


Bowden’s husband just happened to share a ChocoLOVE chocolate bar with her one day, spiking the idea to call the Boulder, CO-based company to float the idea of a custom-created chocolate bar with Peter’s favorite flavors included: Dark Chocolate, Hazelnut, Toffee and Salt. Then Peter realized he knew one of the finest essential oil creators at Venus & Vetiver, and the idea for a LOVE Essentials Gift Set took off faster than a whirlwind romance in tornado alley. A candle that can double as a body butter completes the set.

Peter Kater’s LOVE Essentials includes an autographed CD of the Grammy Award-nominated LOVE, plus three LOVE-branded special products created to enhance your experience. The album’s liner notes share Peter's thoughts about love, and the songs explore the many subtleties, joys, vulnerabilities, excitement, fears and deeply transformational qualities of this, our most essential and powerful emotion . . . LOVE.

Kater will tour in February and March, including a concert in Los Angeles at The GRAMMY® Museum with virtuoso cellist Tina Guo on March 4th, 2016; tickets are available at https://tickets.brightstarevents.com/event/peter-kater-tina-guo-los-angeles

About:
Mysterium Music is a unique recording label whose services offer creative production and promotion of musical works of art for healing, relaxation, rejuvenation of the mind, body, spirit and soul. In the past few years, the label has earned four Grammy nominations for its music, embracing 11x-Grammy nominee Peter Kater, and most recently, debuting the critically-acclaimed album Elders and Ancestors by Agrelia’s Castle, featuring roots/rock keyboardist Paul Brown (The Waterboys). www.mysteriummusic.com

Peter Kater is an 11-time Grammy Award nominated pianist/composer. He’s sold millions of records and scored the music for over 100 TV and Film productions including 11 On & Off-Broadway dramatic plays. A humanitarian, environmentalist and leading innovator of contemporary instrumental music, Peter has toured the world and is a proud recipient of the Environment Leadership Award from the United Nations. www.peterkater.com

My Review:
Peter Kater created an Artisanal Gift Set for a Sensual Valentine’s Day. The 11x GRAMMY® Nominee’s LOVE ESSENTIALS Gift Set includes his Grammy-nominated LOVE CD (Autographed!), Body Butter Candle, Gourmet Chocolate and Designer Essential Oils! (I am waiting on this gift set to arrive, when it does, I will take a real photo and check it out and post my thoughts about it quickly!) 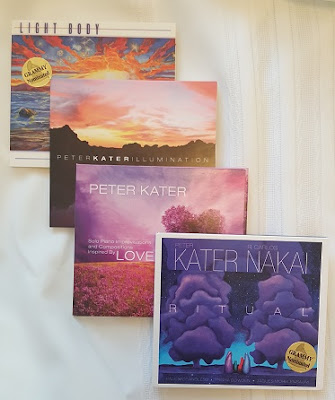 Enter below for a chance to Win One Full Set of Four (4) Grammy nominated CD's from 11x Grammy-nominee Peter Kater and Mysterium Music, the resource for relaxation and rejuvenation. Learn more at www.mysteriummusic.com. (A $60 Value!) Giveaway is open to residents in All 50 U.S. States and Canada, 18 years of age or older.

Disclosure: I received an Artisanal Gift Set created by Peter Kater in exchange for my review and giveaway post. No other compensation was exchanged or received.

Just enter on the entry form below and good luck!

Make sure you come back each day to do the daily entries!


Disclosure: We reserve the right to make revisions, to cancel, or suspend this contest for any reason. We are not associated with any of the companies named above. The odds of winning are based on the number of entries received Open to the US 18+ only. Confirmed Winner(s) (by Random.org) will be contacted by email. Winner(s) have 24 hours to respond before a new winner is chosen. No purchase necessary. Void where prohibited by law. The sponsor(s) will be responsible for product shipment to winner(s) of this giveaway. Night Helper Blog (and any other blog participating) is not responsible for product shipment/delivery. This event is in no way administered, sponsored, or endorsed by, or associated with, Facebook and/or Twitter, Google, Pinterest. This disclosure is done in accordance with the Federal Trade Commission 10 CFR, Part 255 Guides Concerning the Use of Endorsements. Entrants must only enter with either one email address, IP address and/or Facebook account, anyone found violating these rules will be disqualified. It is at the sole discretion of the admin of the giveaway if the winner has met the rules or not.

$10 Amazon GC, 31 Pieces that includes: stickers, rub-ons, paper clips, canvas tape, tags and more - All of them perfect for bible journaling! – Donated by Nicole Watson Designs, 2 Digital France Wall Art in sizes 8 x 10 & 16 x 20 {to be sent via e-mail} – Donated by Farrally Paperie, LLC, 6 Encouragement Post Cards – Donated by His Purpose In Me and A printable planner insert! – Donated by The Purple Pen Shop - U.S. - His Purpose in Me *RC 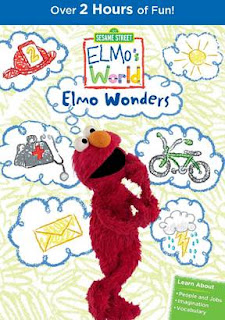 Get ready to think about the outside world like you never have before with everyone’s favorite red furry monster as Warner Bros. Home Entertainment (WBHE) and Sesame Workshop, the nonprofit educational organization behind Sesame Street whose mission is to help children grow smarter, stronger and kinder, get set to release Elmo’s World: Elmo Wonders on DVD.  Over two hours of fun, this wonderful compilation also features “Elmo’s World: Transportation” for the first time on DVD. As an added bonus segment, Elmo’s good friend Ernie joins the fun to sing the “I Wonder” song.

In Elmo’s World: Elmo Wonders, Elmo wonders all about the exciting and adventurous world around him. Sesame Street’s curious red monster takes preschoolers on a journey to learn all about the sky, weather, doctors, bicycles, jumping and many other things inquisitive little kids like yours ask questions about.

Review:
I like Elmo's World because my children have learnd so much from watching Sesame Street and Elmo. They learned things about the weather, jumping, firefighters, bicycles, mail, and more! This DVD is a great learning tool at home, in the car and in the classroom!

Enter below for a chance to Win your own copy of "Elmo's World: Elmo Wonders" on DVD! Giveaway is open to residents who live in the main 48 continental United States only. Giveaway ends 2/14/16.

Disclosure: I received a copy of Elmo's World: Elmo Wonders on DVD in exchange for my post. No other compensation was exchanged or received.

The Plans I Have For You Devotional and Journal - U.S. - Heck of a Bunch *RC