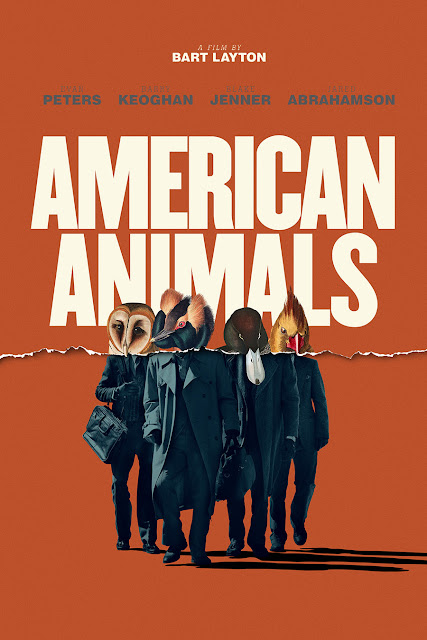 Synopsis:
American Animals is the unbelievable but entirely true story of four young men who attempt to execute one of the most audacious art heists in U.S. history. The film centers around two friends from the middle-class suburbs of Lexington, Kentucky. Spencer (Barry Keoghan), is determined to become an artist but feels he lacks the essential ingredient that unites all great artists – suffering. His closest friend, Warren (Evan Peters), has also been raised to believe that his life will be special, and that he will be unique in some way. But as they leave the suburbs for universities in the same town, the realities of adult life begin to dawn on them and with that, the realization that their lives may in fact never be important or special in any way. Determined to live lives that are out of the ordinary, they plan the brazen theft of some of the world’s most valuable books from the special collections room of Spencer's college Library. Enlisting two more friends, accounting major Eric (Jared Abrahamson) and fitness fanatic Chas (Blake Jenner), and taking their cues from heist movies, the gang meticulously plots the theft and subsequent fence of the stolen artworks. Although some of the group begin to have second thoughts, they discover that the plan has seemingly taken on a life of its own. Unfolding from multiple perspectives, and innovatively incorporating the real-life figures at the heart of the story, writer-director Bart Layton (The Imposter) takes the heist movie into bold new territory. 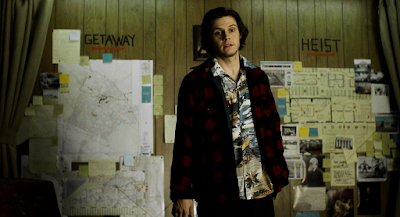 My Review:
It was neat seeing how they made sure most everything was planned down to the finest detail. Then they went to do the heist, and they had to abort. So they set it up to do the next day. It was interesting to see the feelings of the men as they re-prepare, again, to do it the next day.

When things did go down, they were super stressful. They tied the lady up, she wet her pants in the process. They then can't find the keys to open the case! Will they pull it off? Will they be caught? Or will they give up, yet again? This is a good movie! And even more great that it was based on a true story, and to find out what all four boys are doing now. 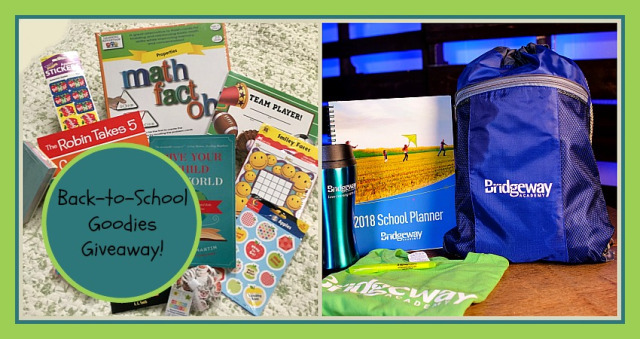 Click on a link below for your chance to win an amazing Back-to-School Giveaway!

One winner will receive the following:

Enter HERE for a chance to WIN all of the items listed above! Scroll down the page and click where it says "Enter Here" and it will take you to the Giveaway Tools form so you can enter this awesome Giveaway!!!

Posted by Heather Kelly at 5:36 AM 0 comments

Disclosure: Warner Bros. Home Entertainment provided me with a free copy of "Blindspot: The Complete Third Season" on DVD that I reviewed in this Blog Post. The opinions I share are my own. No other compensation was exchanged or received. 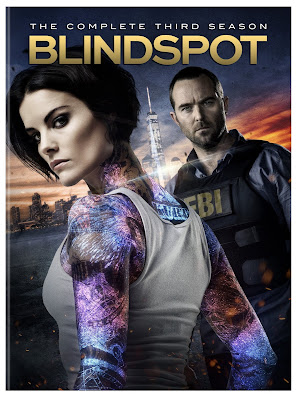 I have been watching the "Blindspot" TV show since it began. It's never boring, almost always full of action and interesting twists and turns. You never can trust anyone because you never know whose a double agent and who isn't. I just can't stop watching it! I wondered exactly where Jane Doe came from in the first season. Now that I know how she came about, at the end of season two, she found her daughter. "Blindspot" is action packed! Filled with some romance once in a while, beautiful scenery and outfits! Great characters! At the end of season three, her daughter is kidnapped as they were just getting to know one another. I can't wait to see what season four has in store!

Check out the information below! Enter below for a chance to Win a copy of Blindspot: Season 3 on DVD. Then make sure to find a way with your cable company or your online streaming website, to watch seasons 1 and 2!

GET THE BLU-RAY™ VIA WARNER ARCHIVE COLLECTION

Release Features 22 Exciting Episodes from the Series’ Third Season
Plus Extras Including a New Featurette, Deleted Scenes and More!

In addition, Blindspot: The Complete Third Season is available on Blu-ray courtesy of Warner Archive Collection. The Blu-rayTM release includes all bonus features on the DVD, and is also arriving August 21, 2018. Warner Archive Blu-ray releases are found at wb.com/warnerarchive and your favorite online retailer.

The non-stop adrenaline rush continues in the third electrifying season of Blindspot. Following the shocking second season finale, which revealed a new set of bioluminescent tattoos that mysteriously appeared on Jane Doe’s body, season three jumps forward two years as FBI Agent Kurt Weller (Sullivan Stapleton, 300: Rise of an Empire, Strike Back) finally tracks down Jane (Jaimie Alexander, Thor films, Agents of S.H.I.E.L.D.), who has been on the run. After the two discover her new hidden tattoos, Jane is forced to return to the FBI, where Weller, Jane and the rest of the team set out to solve these new puzzles and stop the dangerous conspiracies they reveal. The tattoos however, reveal the team’s darkest secrets.

Originally premiering on NBC in 2015, Blindspot tells the story of a mysterious woman (Alexander) who is found in Times Square with her body completely covered in intricate, coded tattoos. With no memories of her past, she is clueless about her own identity. Dubbed Jane Doe, she is investigated by the FBI when they learn one of her mysterious tattoos bears the name of agent Kurt Weller. As the FBI investigates the complex treasure map of her body, an ever-widening web of conspiracy and corruption is revealed.

Recently renewed for its fourth season on NBC, Blindspot is produced by Berlanti Productions and Quinn’s House in association with Warner Bros. Television. Blindspot was created by Martin Gero (Bored to Death, The L.A. Complex) who executive produces along with Greg Berlanti (The Flash, Arrow, Supergirl) and Sarah Schechter (Riverdale, The Flash, DC’s Legends of Tomorrow).

Here's a clip from a deleted scene!

Digital:
The third season of Blindspot is also currently available to own on Digital. Digital allows consumers to instantly stream and download all episodes to watch anywhere and anytime on their favorite devices. Digital retailers include: Amazon Prime Video, iTunes, Google Play, Vudu, Xbox and others. 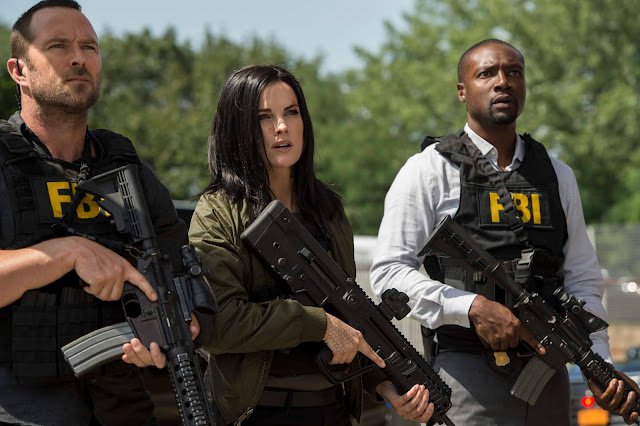 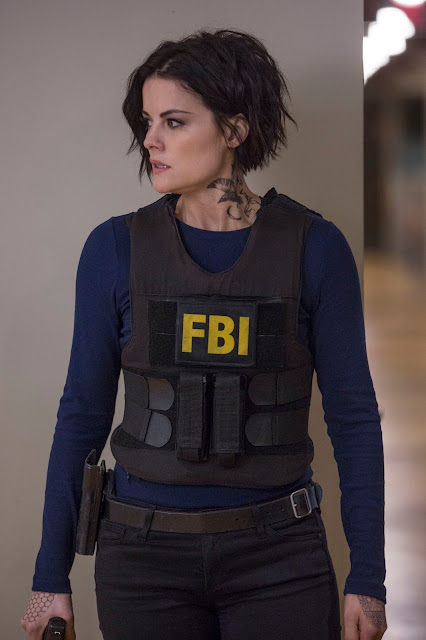 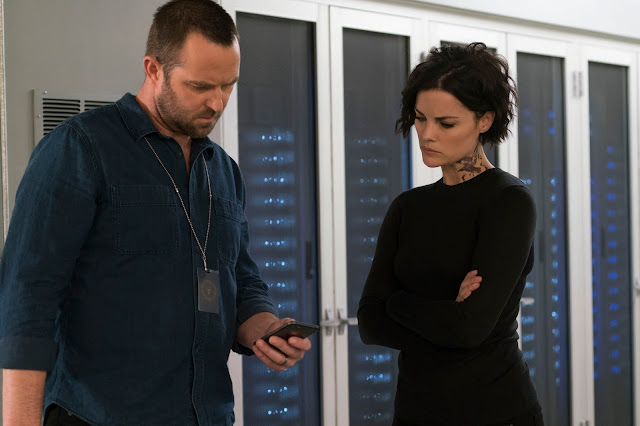 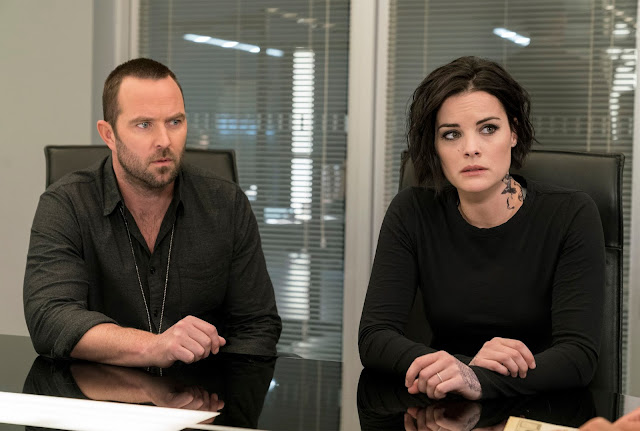 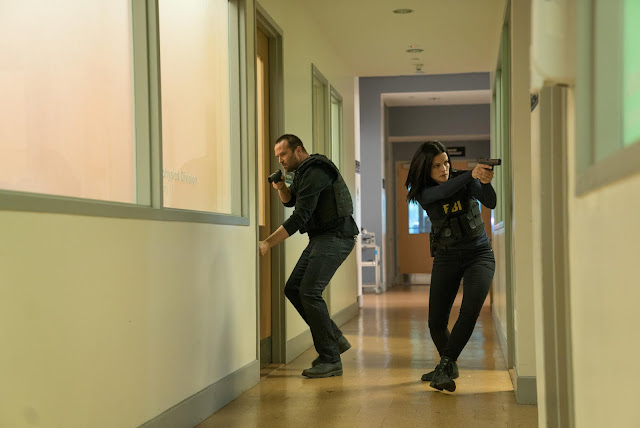 Now for the GIVEAWAY!

I am giving away a "Blindspot: The Complete Third Season" on DVD! Enter below for a chance to win your own DVD set of Blindspot, season 3!

“A Grown-Up Coloring Book, A Walk in the Garden” and a Sparkly Book Tote - Main 48 U.S. States - Walking With Jesus *RC

Epic Tale of Legendary Chinese Warrior Comes to Life with 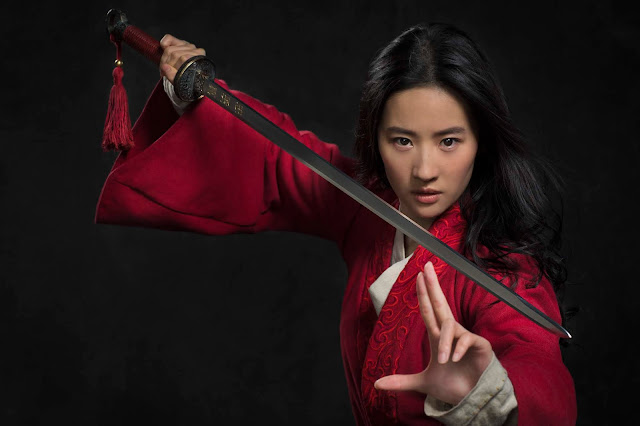 Production on Disney’s “Mulan,” a live-action adaptation of the studio’s 1998 animated feature, has begun. The film will shoot on locations in New Zealand and China and will open in U.S. theaters on March 27, 2020.

“Mulan” is the epic adventure of a fearless young woman who masquerades as a man in order to fight Northern Invaders attacking China. The eldest daughter of an honored warrior, Hua Mulan is spirited, determined and quick on her feet. When the Emperor issues a decree that one man per family must serve in the Imperial Army, she steps in to take the place of her ailing father as Hua Jun, becoming one of China’s greatest warriors ever.

“Mulan” is directed by Niki Caro (“Whale Rider,” “McFarland USA”) from a screenplay by Rick Jaffa & Amanda Silver (“Jurassic World,” “In the Heart of the Sea”) and Elizabeth Martin & Lauren Hynek based on the narrative poem “The Ballad of Mulan.” The producers are Jason T. Reed (“Teenage Mutant Ninja Turtles”), Chris Bender (“A History of Violence”) and Jake Weiner (“Criminal”) with Barrie M. Osborne (“The Lord of the Rings: The Return of the King“), Bill Kong (“Crouching Tiger, Hidden Dragon,” “Monster Hunt”) and Tim Coddington (“Crazy Rich Asians”) serving as executive producers.

Disney’s animated feature, which was released in 1998, starred Ming-Na Wen, Miguel Ferrer and Eddie Murphy and was nominated for an Oscar® and two Golden Globe® Awards.

The story of the legendary warrior is one of China’s most popular folktales, and is still a part of the curriculum in Chinese schools today.

Posted by Heather Kelly at 9:44 AM 0 comments

$60 Stuck On You (Labels) Gift Voucher For Back to School - U.S.- GayNYCDad

Signed copy of "If You Only Knew" by Kristan Higgins - book - U.S. - Lorelei's Lit Lair *RC