Winner of the Two Codes to Fandango.com to see The SMURFS: The Lost Village movie is:
Brandi S.! 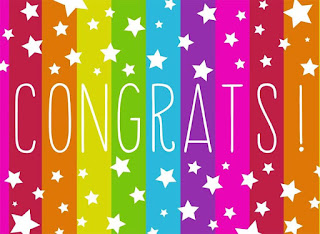 Check out some NEW Clips from "Born in China!" #BornInChina 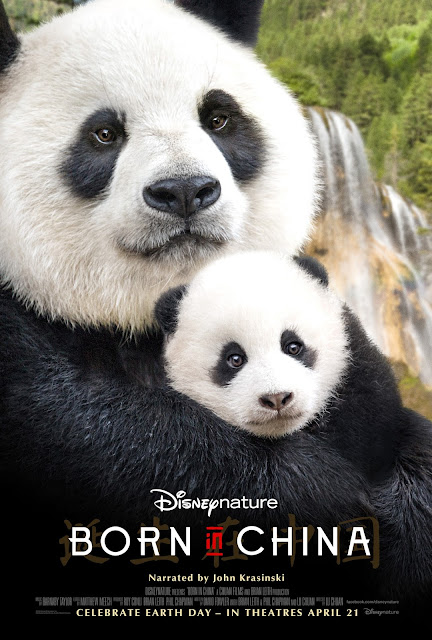 BORN IN CHINA opening in theaters everywhere on April 21st!


Narrated by John Krasinski (“13 Hours: The Secret Soldiers of Benghazi,” NBC’s “The Office,” “Amazon’s “Jack Ryan”), Disneynature's new True Life Adventure film “Born In China” takes an epic journey into the wilds of China where few people have ever ventured. Following the stories of three animal families, the film transports audiences to some of the most extreme environments on Earth to witness some of the most intimate moments ever captured in a nature film. A doting panda bear mother guides her growing baby as she begins to explore and seek independence. A two-year-old golden monkey who feels displaced by his new baby sister joins up with a group of free-spirited outcasts. And a mother snow leopard—an elusive animal rarely caught on camera—faces the very real drama of raising her two cubs in one of the harshest and most unforgiving environments on the planet. Featuring stunning, never-before-seen imagery, the film navigates China’s vast terrain—from the frigid mountains to the heart of the bamboo forest—on the wings of red-crowned cranes, seamlessly tying the extraordinary tales together. Opening in U.S. theaters on Earth Day 2017, “Born in China” is directed by accomplished Chinese filmmaker Lu Chuan, and produced by Disney’s Roy Conli and renowned nature filmmakers Brian Leith and Phil Chapman.

Notes:
· “Born in China” is the seventh theatrical release for Disneynature, the first new Disney-branded film label from The Walt Disney Studios in more than 60 years.  The label was launched in April 2008 to bring the world’s top nature filmmakers together to capture a variety of wildlife subjects and stories.
· The first six big-screen releases under the Disneynature label—“Earth,” “Oceans,” “African Cats,” “Bears,” “Monkey Kingdom” and “Chimpanzee”—are among the top seven highest grossing feature-length nature films of all time.
· Walt Disney was a pioneer in wildlife documentary filmmaking, producing 13 True Life Adventure motion pictures between 1948 and 1960, including “Seal Island” (1948), “Beaver Valley” (1950), “The Living Desert” (1953) and “Jungle Cat” (1958). The films earned eight Academy Awards®. 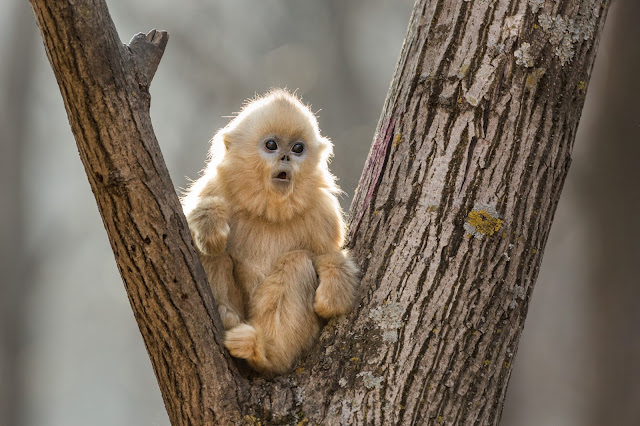 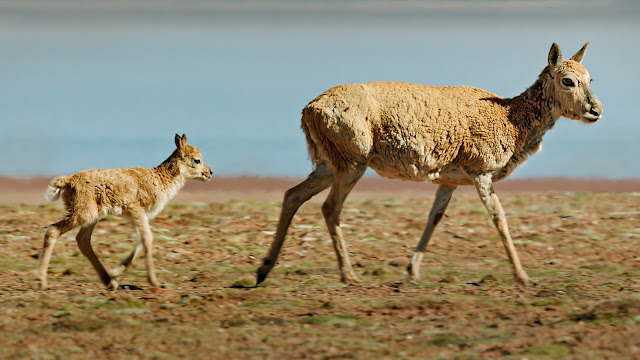 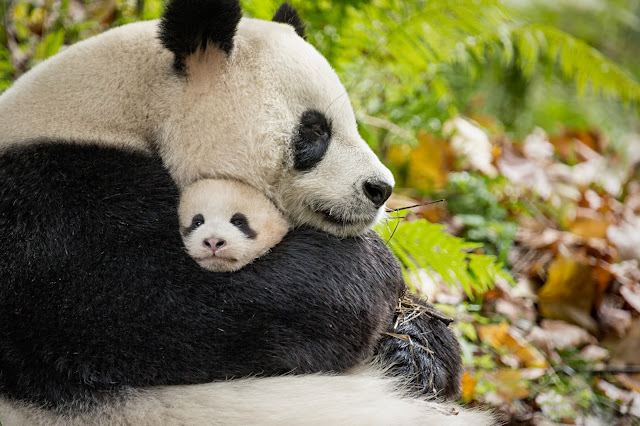 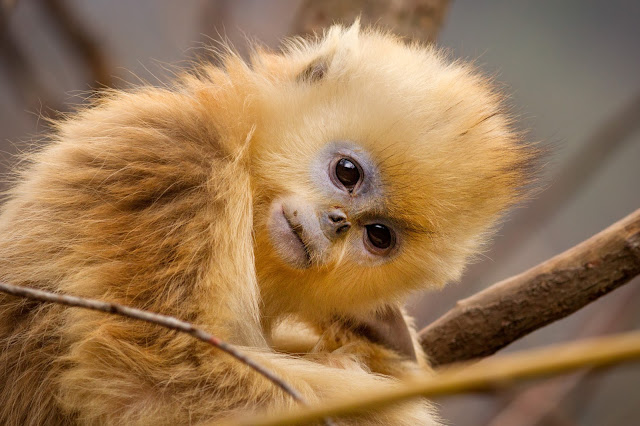 Posted by Heather Kelly at 9:10 AM 0 comments

Move Toward the Mess: The Ultimate Fix for a Boring Christian Life - book - U.S. - re-solve *GL 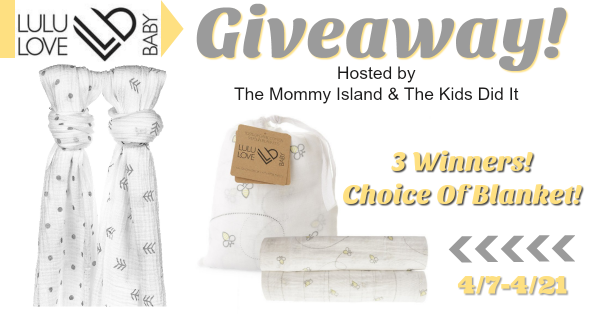 Hosted by The Mommy Island and The Kids Did It and joined by several amazing sites.

We all enjoy attending baby showers and loving on newborn babies! A few close friends have given birth to two adorable baby girls this week. Another friend, whom I've known since she was born, is pregnant with twin girls! I really enjoy checking their facebook pages for pregnancy updates and newborn baby photos!

I used to swaddle my own babies when they were small. They used to sleep really well when swaddled. Swaddle blankets are also great summer blankets, sun shades for carseats and strollers, light weight nursing covers and more!

About Our Sponsor
LuLu Love Baby is owned by Elizabeth the mother to sweet Lucia (LuLu) who inspired Elizabeth to create these lovely and useful swaddle blankets. She hopes to continue offering new trendy designs that parents and caregivers will love to wrap around their greatest tiny treasures. Each lovely swaddle blanket features: 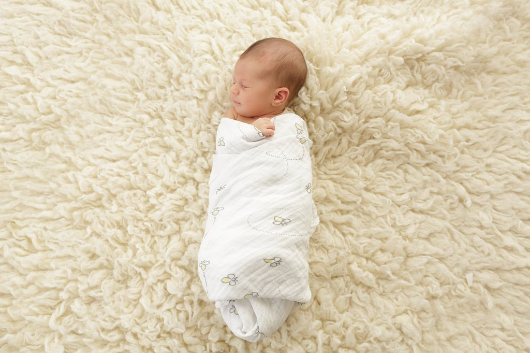 If you're prepping your hospital go-bag for the arrival of your sweet pea then be sure to pack a LuLu Love Baby swaddle blanket! The possible uses for these luxurious swaddle blankets are endless. You might want to throw it over your shoulder as a nursing cover or burp cloth, perhaps even keep your favorite design nearby to wrap your newest love. The perfect gift idea for any baby shower, LuLu Love Baby Blanket is currently available in three gender neutral designs. 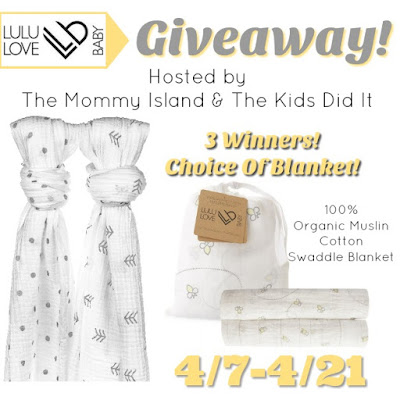 Now For The Giveaway!

Three lucky entrants will be selected by the entry form to receive (1) LuLu Love Baby Blanket! (ARV $30) Each winner will have their choice of design (subject to availability.) Open to U.S., 18 years and older. Open for entry from 4/7-4/21/17 at 11:59 pm EST. Winner(s) will have 24 hours to respond to notification email to claim their prize or a new winner will be selected. 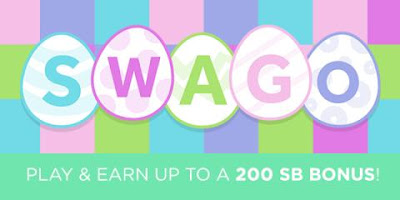 Swagbucks is hosting another round of Shopping Swago! What is SWAGO you ask? It's a bingo-inspired promotion run by Swagbucks, a website that rewards you with points (called SB) for completing everyday online activities. You can redeem those SB for free gift cards. If you've never used Swagbucks, participating in SWAGO is a great introduction to the site and an easy way to earn a good amount of points quickly.

Here’s what you need to know to get your 200 SB Bonus (and don’t worry, you don’t have to make a purchase to complete a pattern):

4-pack of tickets to THE CURIOUS INCIDENT OF THE DOG IN THE NIGHT-TIME, 5/2 at the Fisher Theatre, Detroit - Yes/No Films *GL

Tales of the TMNT Super Shredder DVD - U.S. - In Our Spare Time *RC

One Personalized Children's Book from I See Me - U.S. - Experiencing Parenthood 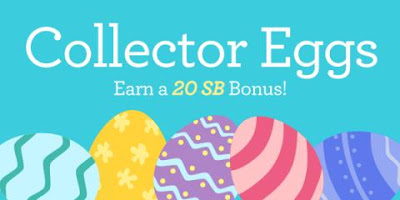 It's time for a digital Easter Egg hunt! Swagbucks is celebrating April with "Collector's Bills" worth bonus SB points that you can collect by simply searching the web. Collect them all, and you get an SB Bonus! Once you've collected enough SB, you can redeem them for gift cards to stores like Amazon, PayPal Cash, and many more!

Here's all the information for this week's Collector's Bills:

Search the web through the Swagbucks search starting Monday, April 3rd through Sunday, April 9th, and when you get a search win, you may get a special Collector’s Bill valued at either:

Posted by Heather Kelly at 6:07 AM 0 comments

This Friday, April 7th, you will be able to sing along with BEAUTY AND THE BEAST and with your favorite characters when the “Beauty and the Beast Sing-Along” hits approximately 1,200 theaters nationwide!

The “Beauty and the Beast Sing-Along” will feature on-screen lyrics to such beloved songs as “Belle,” “Be Our Guest,” “Gaston” and “Beauty and the Beast” written by eight-time Oscar®-winning composer Alan Menken and two-time Oscar-winning lyricist Howard Ashman and new songs “How Does a Moment Last Forever” and “Evermore” written by Menken and veteran lyricist and three time Oscar winner Tim Rice.

Disney’s live-action adaptation BEAUTY AND THE BEAST, in which the story and characters audiences know and love come to spectacular life, has grossed more than $875 million worldwide to date, making it the highest grossing movie musical of all time. The film opened in U.S. theaters on March 17, 2017 immediately setting a box office record for the largest March opening ever for a PG-rated film (over $170 million). “Beauty and the Beast’s” domestic box office total currently stands at $393 million. Overseas the film has grossed more than $482 million as of today.

The film’s soundtrack, which includes songs from the score performed by Ariana Grande and John Legend, Celine Dion and Josh Groban, has been equally as well received, entering the Billboard 200 chart at No. 3 and Billboard’s Soundtrack and Children’s charts at No. 1. The Beauty and the Beast Soundtrack is available at: http://disneymusic.co/BeautySndtrkP and wherever music is sold and streamed.

Visit the official BEAUTY AND THE BEAST website here: http://movies.disney.com/beauty-and-the-beast-2017

BEAUTY AND THE BEAST is now playing in theaters everywhere!

Go anywhere. Be anything. That's the motto of Wonder Crew! Wonder Crew brings the power of friendship into the world of boys play. Inspired by boys, but truly meant for any child, Wonder Crew builds emotional intelligence, imagination, confidence, and is 100% fun! Wonder Crew buddies combine the adventure of an action figure with the emotional connection of the favorite stuffed animal.

Starting today, we're excited to share a new opportunity from the Wonder Crew and our friends at PlayMonster!

Throughout the next week, we'll be sending hundreds of secret shoppers in to local Target and Toys R Us stores to locate Wonder Crew products, photograph them, purchase them, and complete a short follow-up survey about them.

After we receive your completed survey, including an in-store photograph and uploaded copy of your sales receipt, we will mail you a $30 Visa gift card to cover the cost of your Wonder Crew doll. It's that simple! Please note that only one $30 Visa gift card will be sent per shopper with valid receipt. Any additional Wonder Crew dolls purchased will not result in additional gift cards.

By completing the follow-up survey, you will automatically be entered to win 1 of 3 Play Monster prize packs valued at $100, including: Wonder Crew Adventure Pack Explorer, Action-Stackers Little Builder Set, Puppy Up, Stack Attack, Grabolo, and Magnetic Dinosaurs. Winners will be notified by email!

Disclosure: I didn't receive anything for posting this. I was simply asked to share this with my followers from MomSelect.

Paperback copy of "In the Light of the Garden," by Heather Burch - book - All 50 U.S. States - Books I Think You Should Read *GL