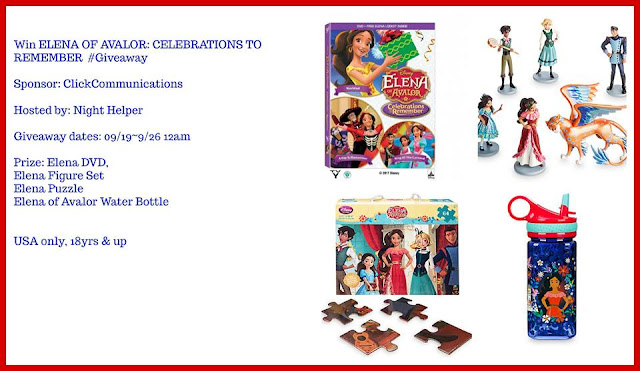 One WINNER will win a Elena of Avalor Celebrations to Remember Kit!

Disclosure:
We reserve the right to make revisions, to cancel, or suspend this contest for any reason. We are not associated with any of the companies named above. The odds of winning are based on the number of entries received Open to the US 18+ only. Confirmed Winner(s) (by Random.org) will be contacted by email. Winner(s) have 24 hours to respond before a new winner is chosen. No purchase necessary. Void where prohibited by law. The sponsor(s) will be responsible for product shipment to winner(s) of this giveaway. Night Helper Blog (and any other blog participating) is not responsible for product shipment/delivery. This event is in no way administered, sponsored, or endorsed by, or associated with, Facebook and/or Twitter, Google, Pinterest. This disclosure is done in accordance with the Federal Trade Commission 10 CFR, Part 255 Guides Concerning the Use of Endorsements. Entrants must only enter with either one email address, IP address and/or Facebook account, anyone found violating these rules will be disqualified. It is at the sole discretion of the admin of the giveaway if the winner has met the rules or not.

Posted by Heather Kelly at 5:07 AM 0 comments 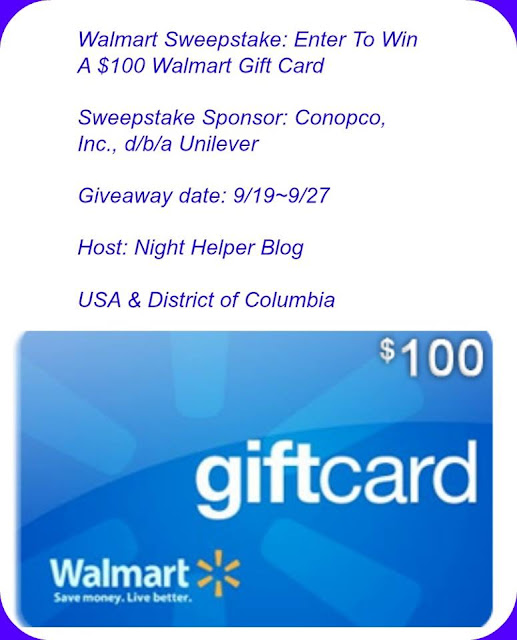 One WINNER will win a $100 Walmart Gift Card

Disclosure:
The Night Helper & Vaseline Intensive Care Lotion At Walmart Facebook Comment Sweepstakes (the “Sweepstakes”) is sponsored by Conopco, Inc., d/b/a Unilever (“Sponsor”) and hosted by Mirum Shopper (the “Administrator”) as well as by Heather Kelly at Airplanes and Dragonflies blog (“Host”).

Sweepstakes Period: The Sweepstakes begins on or about 12:00 a.m. “Midnight” Eastern Time (“ET”) on Sunday, September 17, 2017 and ends on or about 11:59 p.m. ET on Saturday, September 30, 2017 (the “Sweepstakes Period”). The Administrator’s clock will be the official timekeeping device for the Sweepstakes. By participating in the Sweepstakes, each participant unconditionally accepts and agrees to comply with and abide by these Official Rules and the decisions of Sponsor, including the interpretation of these Official Rules, which will be final and binding in all respects.


Eligibility: Open only to legal residents of any one (1) of the fifty (50) United States and the District of Columbia, who are eighteen (18) years of age or older at the time of entry. If a participant is eligible in his or her state of residence to enter as a minor, his or her parent or legal guardian agrees to these Official Rules along with and on behalf of the minor child. All rights and responsibilities of the minor under the Official Rules are conferred and assumed respectively by the minor’s parent or legal guardian in representation of the minor. Employees, officers and directors of Sponsor, Administrator, Host, Wal-Mart Stores, Inc., their respective affiliates, parents, subsidiaries, divisions, and advertising, promotional and judging agencies, and each of their respective immediate family members (spouses, parents, children, and siblings and each of their spouses) and/or those living in the same household of each are not eligible to participate or win. All federal, state and local taxes are the sole responsibility of winner. Void where prohibited by law. Subject to all federal, state and local laws.

Posted by Heather Kelly at 5:03 AM 9 comments

Journaling Pack (a new blank mini journal, a fancy pen to go alongside, My copy of the audio CDs of “See Me” and a box of Scripture Shareables–small cards to meditate on to write) - U.S. - Bonny Buckner *RC

$25 gift certificate to The Grindhouse Coffee & Tea Company in Fairfield, Ohio (This is right outside of Cincinnati) - Mama Dweeb

9/11 poster Hand Signed by Charlie Sheen; “Hope” Pendant with necklace; Guide to Talking To Your Children About 9/11 from Tuesday’s Children - U.S. - Susan Heim on Parenting *RC

Variety of GH Cretors Popcorn flavors, a beach bag, and a S’Well bottle - U.S. - In Our Spare Time *RC

#1 Series on The CW
THE FLASH: THE COMPLETE THIRD SEASON

Over Two Hours of Exciting Behind the Scenes Bonus Content, Including Five Crossover Featurettes, Deleted Scenes, Gag Reel, and much more! 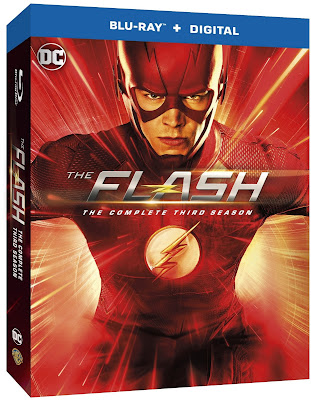 Just in time for the fourth season premiere of the #1 show on The CW, catch the fastest man alive as he zigzags through the action-packed release of The Flash: The Complete Third Season from Warner Bros. Home Entertainment on Blu-rayTM and DVD. Delivering 5 million Total Viewers per episode, The Flash is a Top 10 series on all broadcast with Men 18-34 (#7) and Men 18-49 (#10)⃰. Fans will be able to revisit all 23 electrifying episodes from the third season, including the DC-crossover episode, plus over two hours of extra content, including behind-the-scenes featurettes on the “Invasion!” cross over episode and the “Duets” musical episode, a conversation with Andrew Kreisberg and Kevin Smith, deleted scenes, and more. The Flash: The Complete Third Season is priced to own at $49.99 SRP for the DVD and $54.97 SRP for the Blu-rayTM which includes a Digital Copy. The Flash: The Complete Third Season is also available to own on Digital HD via purchase from digital retailers. 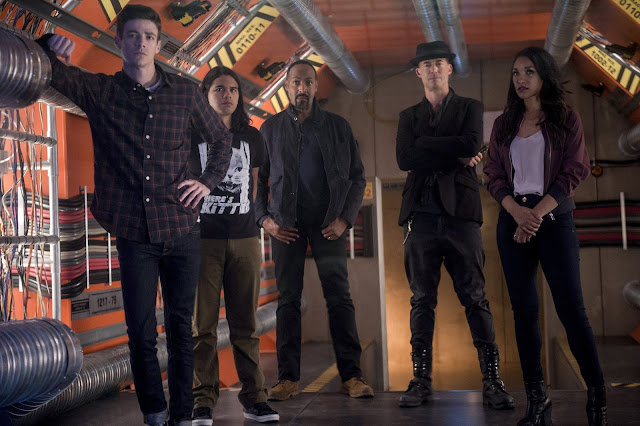 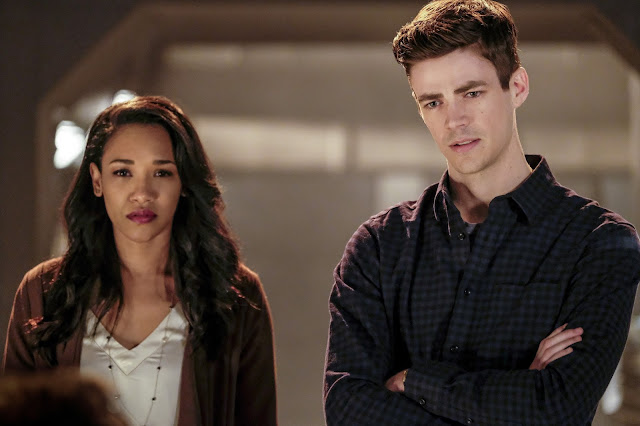 Synopsis:
Struck by the supercharged fallout of a particle accelerator explosion, forensic scientist Barry Allen becomes the fastest man alive: The Flash! With his newfound time-warping speed and help from the S.T.A.R. Labs team – Caitlin Snow, Cisco Ramon and Harrison Wells – and his adoptive family, Detective Joe West and Joe’s daughter Iris, the Scarlet Speedster runs circles around other metahumans set on wreaking havoc in Central City, while traveling between alternate universes and protecting our world from otherworldly threats. Last season, new dangers arrived from a parallel earth known as Earth-2, under the direction of an evil speedster named Zoom. In Season Three, Barry faces the unknown – as he irrevocably alters the timeline by saving his mother from the clutches of the Reverse-Flash. The only question now is – as he wrestles with the consequences of his own Flashpoint Paradox, including the wrathful Speed God Savitar – will he be able to find a way out?

“After three seasons, The Flash continues to score in ratings and ranks as the top series for The CW,” said Rosemary Markson, WBHE Senior Vice President, TV Marketing. "Loaded with both in-depth and exclusive new bonus content, both fans of the show and DC fanboys will be eager to add the Blu-ray or DVD release to their collections." 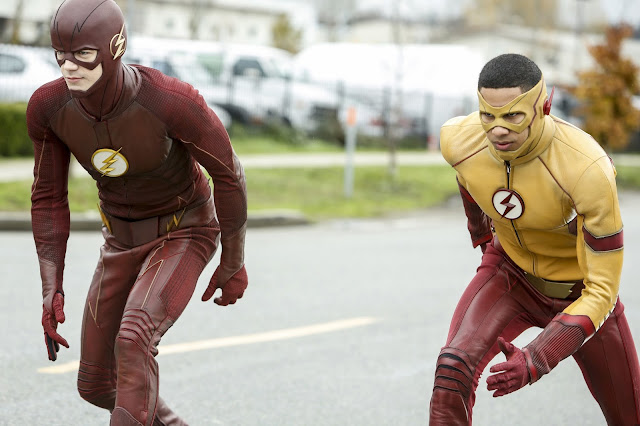 With Blu-ray’s unsurpassed picture and sound, The Flash: The Complete Third Season Blu-ray release will include 1080p Full HD Video with DTS-HD Master Audio for English 5.1. The 4-disc Blu-ray will feature a high-definition Blu-ray and a Digital Copy of all 23 episodes from season three.

BLU-RAY & DVD FEATURES:
• The Flash: 2016 Comic-Con Panel
• A Flash in Time: Time Travel in the Flash Universe
• Villain School: The Flash Rogues
• Allied: The Invasion Complex (The Flash)
• Rise of Gorilla City
• The Flash: I’m Your Super Friend
• The Flash: Hitting the Fast Note
• Harmony in a Flash
• Synchronicity in a Flash
• A Conversation with Andrew Kreisberg and Kevin Smith
• Deleted Scenes
• Gag Reel 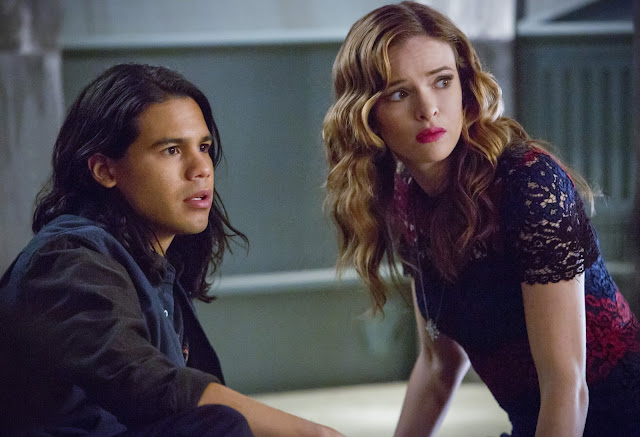 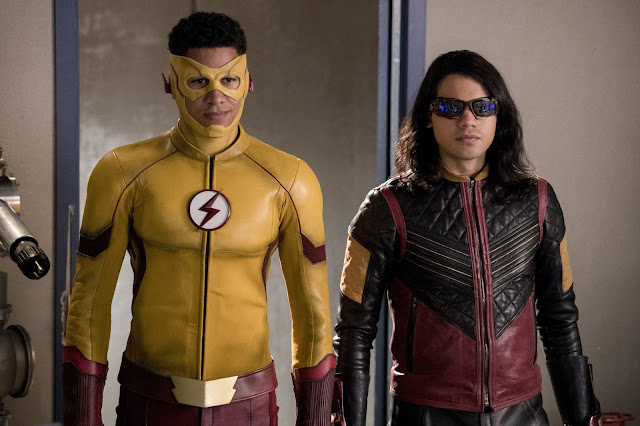 My Review:
My almost ten year old son and I watch "The Flash" together. I record it, and when his dad is busy with work or working late, him and I watch it together. It's one of the things we get to do together that we enjoy.

The Flash is a great TV show to watch with your children, ages 9 and up. Some people would say it's a family show and great for all ages, but there are some things in the show that small children might not understand. I have watched The Flash since it began and it just keeps getting better and better. It could use some new story lines this coming 4th season though. As I feel like a few of them have been repeated 2-3 times already. But overall, it's a good show, worth taking the time to watch it. I have enjoyed watching Kid Flash come into play and watching how he's helped Barry Allen has been cool. It's also been fun watching Cisco find out more about his powers and what he can do with them. I hope more comes with his powers since he's just now starting to figure them out!

Go and purchase your copy today of "The Flash: Season 3" to watch all of the awesome things above and tune into Season four when it begins on October 10, 2017!

Posted by Heather Kelly at 6:53 AM 0 comments

$200 Million by the numbers

The digital rewards Swagbucks just hit a major milestone – they have given their members over $200 million in cash and free gift cards since 2008! I use Swagbucks all the time to get free gift cards doing stuff I already do online, like shopping, answering surveys, watching videos, discovering great deals, and searching the web. Check out Swagbucks.com here. To demonstrate how big a number 200 million really is, here are some fun facts:

Get Coding! Learn HTML, CSS, and JavaScript and Build a Website, App, and Game - Book - U.S. - Heck of a Bunch *RC 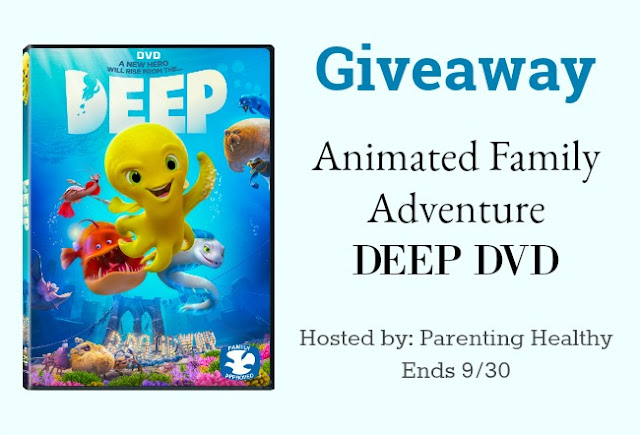 About DEEP:
When a playful octopus named Deep gets his undersea fish colony in trouble, the tribe’s stern leader Kraken orders Deep to go find help. Joined by his splashy BFFs—a sassy shrimp and a silly anglerfish—Deep takes an epic, colorful journey through submerged cities and sunken ships, where they meet outrageous creatures that help the trio on its way. Throughout the adventure, Deep and his buddies laugh, sing, and bond with one another, proving that friendship can be a very “deep” subject.


Bonus: Here are some Deep activity sheets you can print and have fun with.