The Simple Things: Spend Some Time Outside Today Playing With Your Children

When was the last time you stepped away from the computer, laptop, iPad, TV, and cell phone and stepped outside to play with your children? I try my best when it's 50 degrees or warmer to spend at least an hour a day or more outside with my children. I don't always play with them, but I leave everything but my cell phone in the house. It goes in my pocket, because we don't have a house phone, and I also don't have internet access on my phone.

Matthew, Chloe and I went outside today with their tricycles and their Frisbees! We purchased them last year at Dollar General or somewhere like that for a dollar each. One is pink, and one is blue. When I was younger, my father taught me how to throw one, and I enjoyed it when I had someone else to play with me and catch it, and then, throw it back. 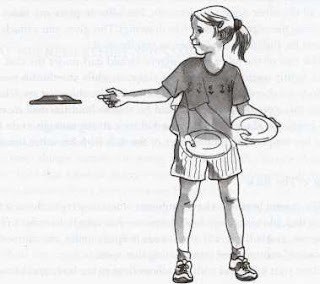 (Image Credit and Info on How to Throw a Frisbee)

Matthew is five and a half now, and he asked me how to throw it. I showed him twice, and he picked it up rather quickly just by watching me and holding it how I showed him. After a half hour, if you were walking by our house, you would have thought that he had been doing it for a while. He was doing tricks with it. He threw it up one time, and it sat in the air in one spot and was spinning for five seconds or more. It was so cool! Chloe is three and a half, and she was happy just watching me throw it, and then she'd go pick it up and bring it back to me.

It's amazing that my children love the cheap, simple toys when it's nice outside. They love bubbles, frisbees, a three gallon bucket full of water, mini watering cans, big plastic measuring cups, sidewalk chalk, riding their bikes up and down our driveway, playing outside in their blow up hippo pool, and of course, when it rains, jumping in puddles. It doesn't cost a lot to have fun outside with your children. Simply throwing a ball or frisbee back and forth can be a lot of fun for them, and it's some great physical activity for you too. Plus, most of all, you get your daily dose of Vitamin D! A little sunshine never hurt anyone.

Starting tomorrow, I challenge you to spend time outside with your children on the weekends. Just one hour a day. It's not much to ask and it will go by so quickly, you'll probably end up spending more than an hour outside without realizing it. Come back to my blog and post a comment about what you and your family did. I bet that your children will remember what you did with them, because you'll be spending quality time with them, and actually tuning into some one on one time with them!

Crowd-Pleasing Recipes for Game Day Start with America’s Favorites
March Madness means weeks of dedicated viewing time as fans watch with anticipation leading up to the Final Four. Big game excitement also means big appetites and an exciting menu can keep your guests as satisfied with the food as they are with the game. So if you’re looking for exciting eats, French’s® Foods has some great recipe ides featuring two of America’s favorites: French’s Mustard and French’s French Fried Onions.
A great make-ahead platter of French’s Crunchy Onion Chicken Fingers can quiet even the rowdiest of crowds. Featuring French’s French Fried Onions, America’s #1 brand, that have been crushed to create a crispy, crunchy coating, this recipe takes only 10 minutes of prep time and is ready to serve in less than thirty minutes. It’s so easy too, just Crush, Coat & Bake. Serve it up with some French’s Honey Mustard Dipping Sauce and both kids and adults will be begging for more. French’s Honey Mustard Dipping Sauce also tastes great with pretzel sticks, veggies and even Chinese dumplings.
French’s, America’s favorite mustard, comes in six delicious varieties:  Classic Yellow, Spicy Brown, Honey, Honey Dijon, Horseradish and Dijon with Chardonnay Wine. With all these flavor options, there’s something for every fan, no matter who they’re rooting for. French’s Mustard is 100% natural and has been for over 100 years. It’s made from stone ground mustard seeds and in addition to adding great tasting flavor to game day sandwiches and hot dogs, French’s Mustard is also the secret to adding delicious flavor to a variety of recipes. Try these great game day ideas made with French’s Mustard and French’s French Fried Onions and for additional everyday recipes, visit www.frenchs.com. 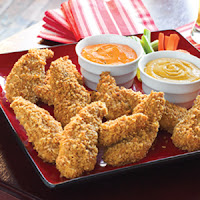 
Make ahead Tip: Prepare chicken tenders through step 2. Place on baking sheet and cover with foil. Refrigerate several hours or overnight. Bake, uncovered, just before serving. At the game, place baked chicken tenders in disposable foil pan and heat on the grill. 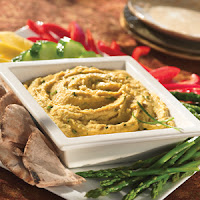 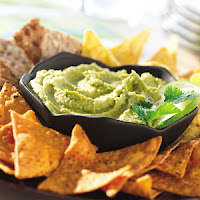 $75 GC to purchase a Pair of Prescription Glasses or Sunglasses from 39DollarGlasses.com - U.S. - Homeward Bound *RC

You Can Trust a Skinny Cook: 140 Recipes that Love You Back - U.S. - Southern Kissed *RC 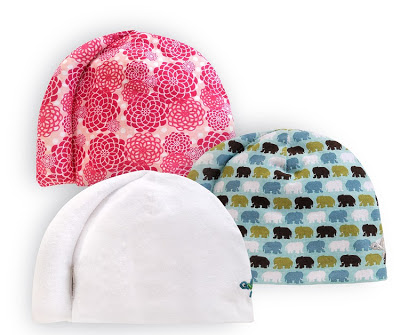 The Tortle is an infant cap or hat that was developed by a Pediatrician and Mom, Dr. Jane Scott. The Tortle helps to prevent flat head syndrome and helps to position baby's head to promote roundness. It's a natural way to encourage healthy head and neck motion, without any of the suffocation risks of repositioning pillows or wedges. My daughter Hailey loves wearing hers. I would thought that she would get irritated while wearing it, but she doesn't. It also looks so cute on her! 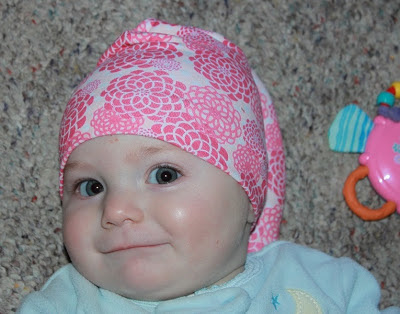 A portion of the proceeds from every Tortle purchase is donated to help the prevention and awareness of flat head syndrome. Purchase a Tortle today for only $19.99 directly from the website or on amazon.com! Enter below using the Rafflecopter form below for a chance to win a Tortle cap! (winner gets to choose size and color!)


Disclosure: I received one Tortle in exchange for my post. No other compensation was exchanged or received. Airplanes and Dragonflies blog is not responsible if you do not receive your prize.

NuNaturals Liquid Stevia - Worldwide - For One Another *RC

Pair of Hold Your Haunches in choice of style and size (@10am MST) - U.S. - The Bragging Mommy

Flicker "How Much Are You Willing to Forget?" CD - U.S. - Never Pay Full Price *RC

One month supply of Pull-Ups, and a first flush celebration pack, and wipes - U.S. - The Staten Island family

One Winner will win one Kevelli bracelet, and 4 additional winners will receive a $15 gift code to the Kivelli website - U.S. - MamaBreak *RC

Etched... Upon My Heart - book - Internationally - Living (the best of) Life in my Dreams *RC

"I’m Still Sexy So What’s Up with Him?" - book plus 2 movie tickets from Hollywood movie money ($12 value each) which you can use to see any movie - U.S. - Because I Love Coupons *RC

Basket of Pediacare Products To Help The Family Through Cold Season - U.S. - gaynycdad

#CaptainUnderpants and the Revolting Revenge of the Radioactive Robo-Boxers & $25 Visa Card For More Books! Thanks @Scholastic - U.S. - gaynycdad