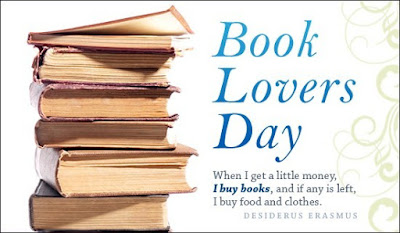 Books are the purest form of escapism. They can take you to any time, place, or culture. In honor of National Book Lovers Day on August 9, we put away our smartphones, pull out a good book and simply read. (Well, an audiobook will suffice too.)

From clay tablets to today’s eBooks, literature has played a crucial role in preserving cultures, educating the masses, and storytelling. Thanks to Johannes Gutenberg’s 15th-century printing press, anyone, not just royalty, monks or landed gentry, could read and own books.

National Today — the internet's #1 authority on holidays — has some recommendations on how to celebrate:

Public libraries have been around since the Middle Ages. But back in those days, books were often chained to the bookcases to prevent theft. On National Book Lovers Day, reconnect with the past by browsing the shelves at your local library.

2) Make as many literary references as possible

National Book Lovers Day is a day of great expectations. It's not a quixotic task to make as many literary references as possible. If you manage to reference at least 10 books, you deserve a red badge of courage.

3) Participate in a book exchange

What better way to celebrate National Book Lovers Day than by trading an old favorite with a friend in exchange for something new? Better yet, get a few friends together for a group book exchange. Before handing off your book, share a few words about what that book means to you.

Posted by Heather Kelly at 9:39 AM 0 comments

“THE PROUD FAMILY” CAST AND CREATIVE
TEAM REUNITED FOR

“The Proud Family: Louder and Prouder” 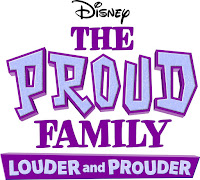 Today, the cast and executive producers of the groundbreaking animated series “The Proud Family” participated in a virtual reunion during the NAACP’s Arts, Culture & Entertainment Festival. Moderated by Keke Palmer, who announced that she will be joining the cast of Disney+’s upcoming series “The Proud Family: Louder and Prouder," the panel featured Kyla Pratt (Penny Proud), Tommy Davidson (Oscar Proud), Paula Jai Parker (Trudy Proud), Jo Marie Payton (Suga Mama) and Cedric the Entertainer (Uncle Bobby), creator/executive producer Bruce W. Smith and executive producer Ralph Farquhar. Their conversation included reminiscing about the cultural impact of the Disney Channel series which premiered 18 years ago, and a glimpse of the exciting new series coming exclusively to Disney+. 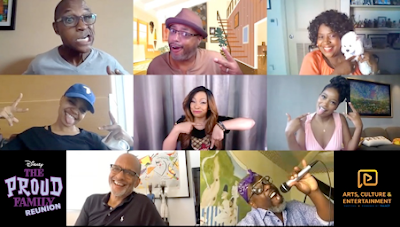 Palmer will play the role of Maya Leibowitz-Jenkins, a 14-year-old activist who relentlessly marches to the beat of her own drum. She is extremely mature for her age and will not hesitate to shut anyone down with her blunt honesty and wisdom.  The adopted daughter of mixed race parents, Maya is new to town, and initially disassociates herself from Penny and her crew because she is skeptical about what she perceives to be the superficiality of social cliques. However, Penny eventually gains her hard-earned respect and the two become good friends.

Picking up the story of its central character Penny Proud, “The Proud Family: Louder and Prouder” will also include her madcap family: parents Oscar and Trudy, twin siblings BeBe and CeCe, and her grandmother Suga Mama (and Puff!). Of course, it would not be "The Proud Family" without Penny's loyal crew Dijonay Jones, LaCienega Boulevardez and Zoey Howzer, among others.

It’s Week 7 of #CampDreamWorks – Are You Ready For Wizards #TalesOfArcadia Activities? Tune Into the @DreamWorks Facebook Page - Friday and Sunday At 4:00pm EST! 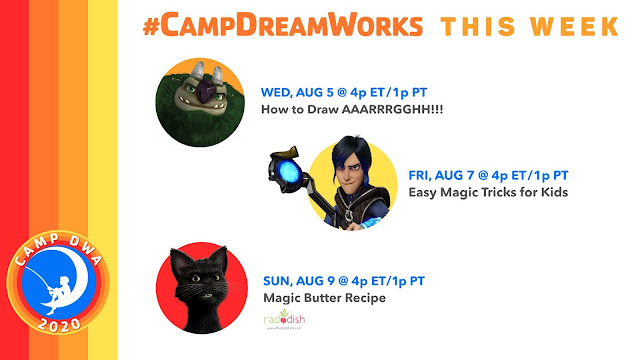 Connect with and check out Dreamworks on Social media:
https://www.facebook.com/dreamworks

Have twice the fun for the entire family with this animated double feature that includes Sea Level and the all-new Sea Level 2: Magic Arch, arriving on DVD, Digital, and On Demand September 29 from Lionsgate. These underwater adventures will be available on one disc for the suggested retail price $16.98. 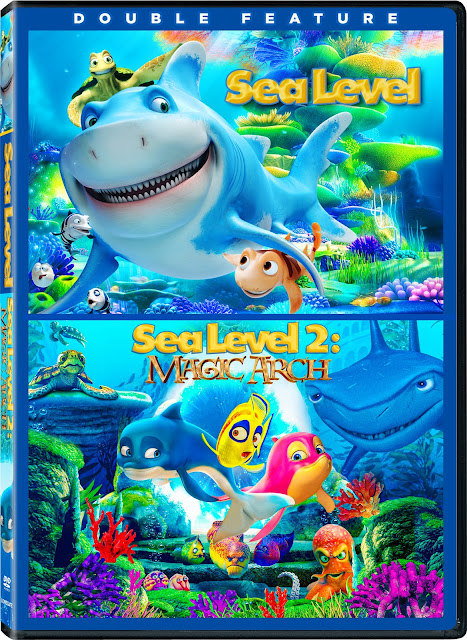 SEA LEVEL OFFICIAL SYNOPSIS:
Pup, a bamboo shark, discovers egg sacs while playing around the ocean with his friends. When he sees human poachers stealing the eggs from his reef, Pup makes it his mission to save his family. As he leaves the sea and enters the beautiful, yet dangerous, world of humans, he will prove he isn’t too small to save his family.

SEA LEVEL 2: MAGIC ARCH OFFICIAL SYNOPSIS:
This thrilling, colorful comedy will take your family under the sea to a land of courage and adventure. One day, Dephi the dolphin discovers a magical archway that grants wishes to all who visit. But evil moray eels use the arch to become gigantic and menace peaceful Fish Town. Now, Delphi must summon his courage, master his “secret punch” fighting technique, and find his missing father to rescue his friends and win the love of pretty Mia. It’s time for this dolphin to get swimmin’!

Official Trailer for "Phineas and Ferb The Movie: Candace Against the Universe!" (Comes out 8/28) #DisneyPlus #PhineasandFerbMovie #CandaceAgainstTheUniverse 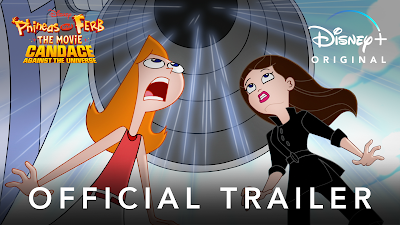 DISNEY+ RELEASES OFFICIAL TRAILER FOR "PHINEAS AND FERB THE MOVIE: CANDACE AGAINST THE UNIVERSE"

Today, Disney+ shared the trailer for its upcoming out-of-this-world original movie “Phineas and Ferb The Movie: Candace Against the Universe” which premieres on Friday, August 28.

"Phineas and Ferb The Movie: Candace Against the Universe" is an adventure story that tracks stepbrothers Phineas and Ferb as they set out across the galaxy to rescue their older sister Candace, who after being abducted by aliens, finds utopia in a far-off planet, free of pesky little brothers.

Posted by Heather Kelly at 8:33 AM 0 comments

Labels: airplanes and dragonflies blog, Disney Plus, Phineas and Ferb The Movie: Candace Against the Universe 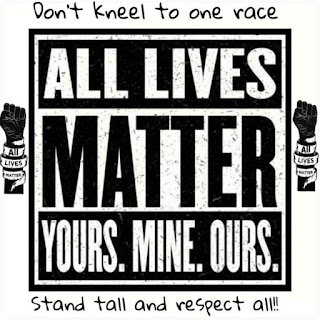 I normally stay away from political stuff. But today, as we are driving down the road, my now eleven year old and I saw a vehicle with Black Lives Matter written all over the windows. She asked me, "Why can't we be done with this already? Why do they say that Black Lives Matter when all lives matter? Mom, don't we matter too?"

Out of the mouths of a sweet, innocent little girl. Does it matter what color her skin is? Nope. Does it matter that I've raised my three children to love ALL, to love everyone, no matter their race, religion, sexual orientation, etc.? Yes! That matters hugely this day and age. I'm forty five years old. I want my kids to notice things and stand up for what they believe in.

She also asked me, "Didn't Martin Luther King Jr. make things better for black people in the United States?" I explained to her that yes he did, for the most part. But that blacks still aren't treated equally by our policemen. When policemen pull over a black person for something, or nothing, they automatically assume that they did something wrong and they don't treat them with the same respect that they would another person of another color or race.

I find this interesting though, I know many police that pull over Latin people. But we don't see them complaining about that Latin or Mexican lives matter?! Why is that? I'm just curious as to why this is?