Parents who are tired of singing the theme song to their kids’ favorite animated films for the 1000th time are finally in luck! Just in time for end of summer road trips and back to school carpool lanes comes a brand new CD collection featuring popular songs for kids that their parents will love too. Rock-n-Stroller is a multi volume CD collection produced by Grammy award-winning producer Andy Zulla and award winning recording artist and Broadway performer Matt Zarley which brings back classic songs from the 70’s and 80's in a style that will get kids of all ages singing along to their parent’s favorite tunes. Check out the hilarious video below:

My Review:
My children and I have listened to both Rock-n-Stroller CD's and they love them! I don't mind them because it's music that I used to listen to when I was a tween and teenager. My children and I listen to country music, classical, and any music from the 50's through what's current today. I want them to know the greats and to hear Elvis Presley and The Beach Boys, but also Peter, Paul and Mary, The Carpenters, The Beatles, and more! I want them to know who Elton John is, John Denver, and Neil Diamond. You should of heard them belting out "Sweet Caroline" with me the other day!

The music on Rock-n-Stroller is awesome! It's also way more tolerable than most animated movie soundtracks and other children's music. My children have been asking me to play it in my truck everyday since we got them. They really enjoy the music from Rock-n-Stroller, and so do I. 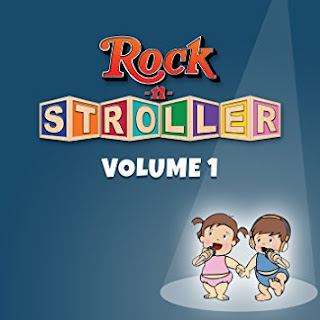 Rock-n-Stroller Volume I, currently available on Amazon and iTunes, features some of the greatest hits of all time like Don’t Stop (Fleetwood Mac), I Wanna Dance with Somebody (Whitney Houston), Sweet Dreams (The Eurythmics), and Start me Up (Rolling Stones) all performed by talented young singers.  Rock-n-Stroller Volume II which debuts September 8, will feature pop and rock favorites like Here Comes the Sun (The Beatles), Surfin’ USA (Beach Boys), Dancing Queen (ABBA), I Love Rock and Roll (Joan Jett and The Blackhearts), We Belong (Pat Benatar) and Sweet Child O’ Mine (Guns n’ Roses), and many more!

About Rock-n-Stroller
Rock-n-Stroller was created by Matt Zarley and Andy Zulla. ​After enduring endless hours of listening to kids sing the latest top 40 tunes on any of those popular kids cover song CD’s, Andy says he and Matt had an idea. Wouldn’t it be awesome if these songs (that kids love to sing incessantly), were the songs that we actually wanted to hear? And with that question, the concept of Rock-n-Stroller was born.

Rock-n-Stroller picks up where those other CD collections left behind...classic, timeless songs that are beloved by generations. The first album contains 10 classic hits from the 70’s and 80’s like Into the Groove, Take on Me, and I Wanna Dance with Somebody. The tunes are rock and pop hits that are re-recorded by talented young artists. The result is a sound that young children and parents will want to sing-along to again and again. The second album continues where their first CD collections leaves off, with timeless pop and rock songs originally performed by artists like Elton John, The Beatles, Huey Lewis and ABBA and more. 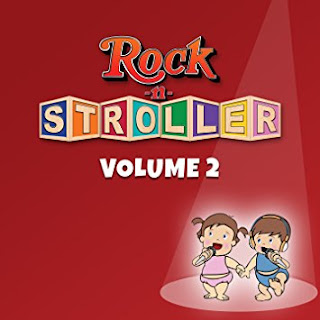 Rock-n-Stroller Volume II is now available to purchase, features songs from Abba, The Beach Boys, Guns N' Roses, and more! My children really enjoyed hearing a song that they recognized from a children's movie called "Here Comes the Sun" from The Beatles.

Andy Zulla, Executive Producer
Andy has had diverse success including high-profile major label album projects, network television shows, advertising and marketing, as well as stand-out independent artists. He has been awarded a Grammy, an Emmy, a Telly, 20 Gold and Platinum albums, and has charted #1 on multiple Billboard charts. As part of American Idol in the early seasons, Andy recorded and mixed Kelly Clarkson’s, “A Moment Like This” which skyrocketed to #1 on the Billboard Hot 100 chart, breaking the Beatle’s long-standing record as the quickest climb to #1. He has also worked with big names such as Rod Stewart, Backstreet Boys, Jessica Simpson, Michael Bolton, Kenny G, Teddy Geiger, Clay Aiken, Natalie Imbruglia, Heather Headley, and Diana Ross.

Matt Zarley, Executive Producer
Matt made his theatrical debut as the youngest to ever perform in the hit Broadway musical Cats. His career continued with roles in Chicago, A Chorus Line, The Who’s Tommy, and Joseph and the Amazing Technicolor Dreamcoat. Matt is also an award winning, four time Billboard charting recording artist, whose albums include: Debut, Here I Am (2008 Billboard Critics Top Ten and American Idol Top 20 Songwriter) and Change Begins with Me (2012 Outmusic Award for Album and Single of the Year and #1 for a month on the Eurochart). He released hopefulROMANTIC, an original musical short film he wrote, produced, and starred in with internet phenom and Star Trek star, George Takei. Matt’s latest project The Estrogen Sessions, is a tribute to some of pop music’s most prolific female artists featuring the songs that they made famous.

The Rock-n-Stroller Volume I & Volume II CD's are both available for download on iTunes or on Amazon.com.


Disclosure: I received both Rock-n-Stroller CD's and financial compensation in exchange for my post. But the above opinions in the section labeled "My Review" are my own.