It’s A Beautiful Day And I Love You
Releasing February 12, 2021
Rollicking Ode To All The Exes “Annie” Released Today 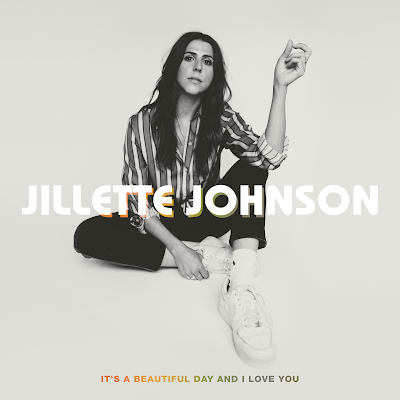 Jillette Johnson has announced the February 12 release of It’s a Beautiful Day and I Love You, her first new album in four years. Returning with a newfound creative confidence, the Nashville-based singer/songwriter delivers a fully-realized collection of ten new songs featuring candid lyricism and a bolder, bigger sound. Along with the announcement, Johnson shares the rollicking new single “Annie” with a self-directed, DIY video shot during quarantine. An ode to her other half’s ex-girlfriend, “Annie” offers a different take on songs about “the other woman” as Johnson expresses genuine appreciation for the positive impact her role played in his life.
Watch the “Annie” video via YouTube:


“Annie is a thank-you letter, and a tribute to all the past relationships that make us who we are,” explains Johnson. “The ones that prepare us to find fulfilling partnerships. My partner has shared his heart with some badass women and I'm super grateful for it. May we be in an era finally, where women can see each other as allies, and not threats.”
Jillette Johnson has established a reputation for her ruminative pop/folk, piano-driven songs and powerful vocals, releasing her 2013 debut Water in a Whale and 2017 Dave Cobb-produced follow-up All I Ever See In You Is Me to widespread acclaim ranging from Billboard and Paste to Marie Claire and ELLE. She began writing songs at the age of eight, becoming fully immersed in music by high school and quickly learning first-hand about the prevalence of predators in this volatile, ever-changing industry. Now on the other side of a journey through pain and struggle to gratitude, forgiveness, and, ultimately, acceptance, It’s a Beautiful Day and I Love You sees Johnson taking full control of her career for the first time. She recently spoke about the process with American Songwriter and shared her debut single “I Shouldn’t Go Anywhere,” which Rolling Stone describes as “a spaced-out trip that recalls Harry Nilsson or Elton John at his most decadent.”
“The lessons I learned from those early industry experiences are why I’ve held so tightly to
making this album on my own with people I trust,” Johnson explains. “It would have been easy to lean into the melancholy. It was an act of rebellion to not indulge in the pain, to look beyond it and not wallow.”
Produced by Joe Pisapia, It’s a Beautiful Day and I Love You injects Johnson’s intimate, piano-written songs with buoyant pop melodies and a shot of guitar-driven, alt-rock muscle. From the lilting, self-destructiveness of “I Shouldn’t Go Anywhere” and the somber reflection on “Angelo” to the irreverent humor in “What Would Jesus Do?” and the impulsively romantic title track, It’s a Beautiful Day and I Love You showcases Johnson’s hard-won optimism.
“My challenge to myself in making this record and starting to write in the last couple of years was, ‘How can I genuinely be myself and reflect the contentment that is there?’,” she continues. “This chapter of my life has been about quiet, stillness, gratitude, deepening relationships, and not running away. This record has a lot to do with learning how to be in one place and how to feel freedom in that.”
With an open-heartedness and imaginative ingenuity, It’s a Beautiful Day and I Love You tackles every aspect of the human experience and offers a sense of hope by the album’s end. “Songs are painful, and suffering is inherent to life,” Johnson acknowledges. “Part of my journey has been understanding and accepting that, then doing what I can to find joy.”
It's a Beautiful Day and I Love You is available now for pre-order on limited edition gold vinyl, CD and more at jillettejohnson.com. 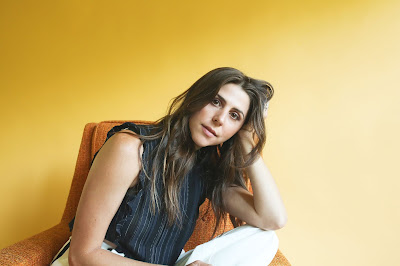