Disclosure: I received one copy of LEGO® DC Super Hero Girls: Super-Villain High on DVD from Warner Bros. in exchange for my post and review. No other compensation was exchanged or received.

TEACH THEIR FRENEMIES A LESSON AS

NOW AVAILABLE ON DIGITAL AND DVD 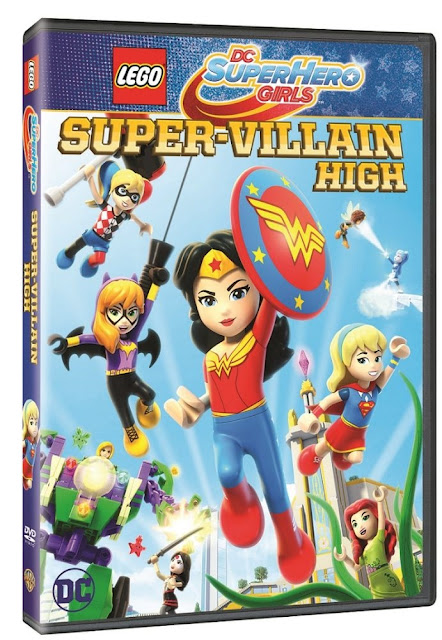 About the Movie:
After a mysterious school opens across the street, the students of Super Hero High find themselves up against a new threat. Now, Wonder Woman, Supergirl, Batgirl and the rest of the DC Super Hero Girls not only have to worry about the well-being of their grades, but the safety and security of friends, family and the rest of civilization. The girls must figure out how to put a stop to this evil, new cross-town rival and save the world once again!

My Review:
LEGO® DC Super Hero Girls: Super-Villain High does not disappoint! The girls become divided when some of them are looking for something different then the school that they are going to. Super-Villain High has lots of cool things and benefits compared to the Super Hero Girls high school. So at first, it seems as though the girls are doing things for the greater good, when it turns out, that they are stealing for Ms. Luther. If your girls love Legos and the Super Hero Girls, they will LOVE this movie!