Child Actor, and Now Children's Book Author, Arden Pala, Has His Own Book Series To Teach Children About Different Cultures. 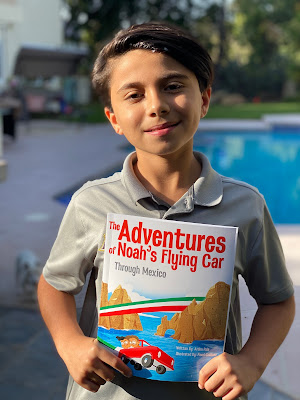 "The main message I want to get across is that folks are all different in various ways — maybe culturally or in beliefs, religions and background and other aspects. But the uniqueness of each person should be celebrated and that ultimately brings people together. In the process, they’ll probably also find they have a lot in common."

His 24-page children’s book with illustrations by Pavel Goldaev includes descriptions of Arden’s travels through the eyes of a young boy and his friends. 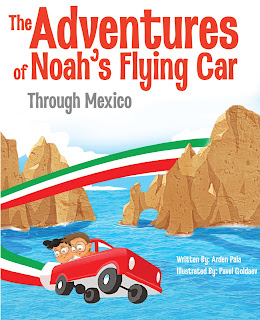 The book is part of a series that explores different countries around the world — the beauty of the land, historic places, and the food as experienced by several kids traveling in a flying car. Not a bad way to travel during the pandemic, although the series started several years before.

The book, which raises money for the San Diego COVID-19 Community Response Fund, takes readers on an adventure swimming with dolphins in Cabo San Lucas, and whale watching in Todos Santos on the way to the ancient pyramids of Chichen Itza where the kids explore a Mayan temple.

“I want kids to have a fun time when they read my book. I also want kids to learn about different cultures and food,” said Arden, a sixth-grader at Francis Parker School in San Diego.

The way Arden figures it, if he shows different places in the world where kids’ families come from, they can make a connection with those places and understand a little more about the kids who come from there.

“I wrote the books to show that it’s OK to be different,” said Arden.

Arden comes from an immigrant culture himself — Turkish American — and cultural differences and accepting each other with our differences, no matter where we come from, is something we discuss very often at home.

“I want to explain about a country in a short, fun way, so kids get to experience how exciting and cool it is,” said Arden.

"The Adventures of Noah's Flying Car Through Mexico" are only available for purchase on Amazon.com.