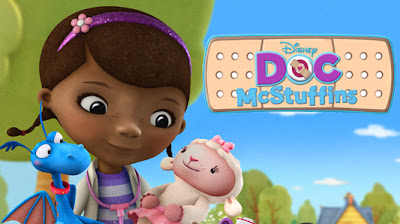 Beginning Friday, April 12, Disney Junior invites fans to DisneyJunior.com to vote for their favorite "Doc McStuffins" toy character – Hallie, Lambie, Stuffy or Chilly – at DisneyJunior.com/Doc or the Disney Junior Facebook page. The toy with the most votes will be revealed on-air Friday, May 3rd during the premiere of the new episode "Bronto Boo-Boos / Brontosaurus Breath" (10:00-10:30 a.m., ET/PT) on Disney Channel. The episode debut will be followed by a special “Doc McStuffins” marathon highlighting the winning character! 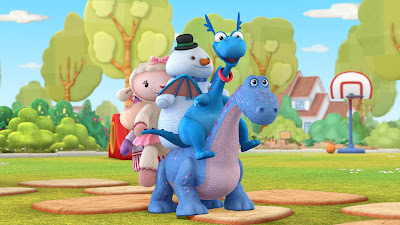 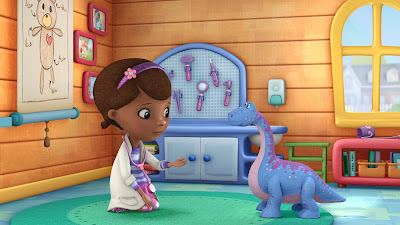 New episode description:
"Bronto Boo-Boos / Brontosaurus Breath" - Donny's new toy dinosaur, Bronty learns an important lesson about playing with little kids who are smaller than him and the importance of brushing his teeth. 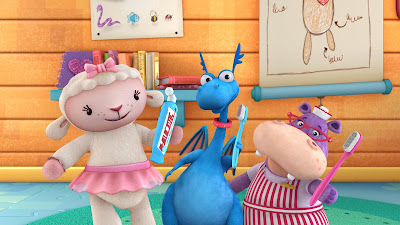 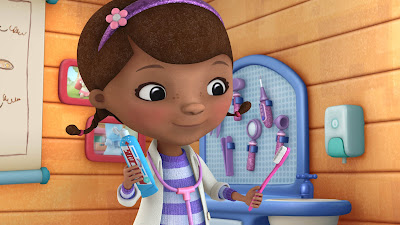 So don't forget, starting THIS Friday, 4/12, to have your children, nieces, nephews, cousins, neighbors, and more VOTE for their favorite Doc McStuffins character! I am personally voting for Lambie!

Check out the Doc McStuffins games, printables, and more on DisneyJunior.com! My children spend hours online playing games on Disneyjunior.com if we let them.

Posted by Heather Kelly at 7:30 PM