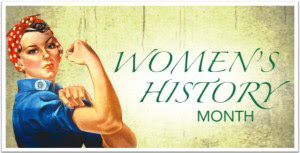 Did you know that this year, for the month of March, Women's History Month, would have been the 100 year Anniversary of Women Winning the Right to Vote? During this time, the 19th Amendment was changed to give women the right to vote! So cool! I didn't know this, as I hardly heard anything about this at all. My birthday was on March 7th. While I'm grateful that I had a chance to celebrate it before lock down, I didn't know that this month was so significant for women, until today. 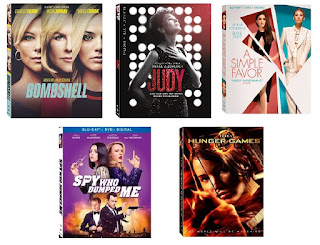 During this unprecedented time and in honor of Women's History Month, Lionsgate is offering digital code giveaways for the following films featuring some of our favorite leading ladies... "Bombshell," as well as "Judy," "A Simple Favor," "The Spy Who Dumped Me" and "The Hunger Games!" 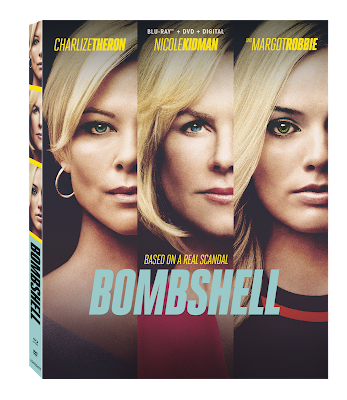 ABOUT BOMBSHELL
The Oscar®-nominated provocative real story of three ambitious and strong women who risked everything to stand up to the man who made them, Bombshell is available now on Digital, Blu-ray™ Combo Pack and DVD. This empowering drama commended by critics and audiences alike was the Oscar® winner for Best Achievement in Makeup and Hairstyling (Kazu Hiro, Anne Morgan, and Vivian Baker), and was nominated for two Academy Awards® including Best Actress (Charlize Theron), Best Supporting Actress (Margot Robbie).

Explore the fascinating journey it took to bring this ripped-from-the-headlines tale to the screen with in-depth Blu-ray and DVD bonus features, including a 7-part making-of documentary featuring interviews with the incredible cast and crew that brought this story to the screen. 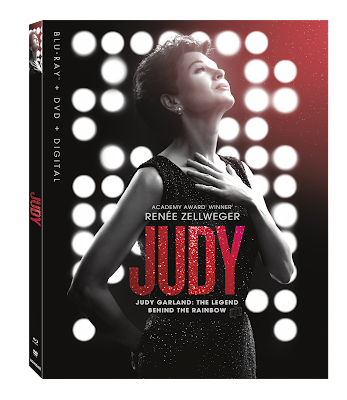 About JUDY:
Shedding light on the iconic Judy Garland’s final years, the film features timeless music including perfomances of classic songs like “Over the Rainbow,” “For Once In My Life,” and “Come Rain or Come Shine.”

Thirty years after rising to global stardom in The Wizard of Oz, showbiz legend Judy Garland (Renée Zellweger) arrives in London to perform a five-week sold-out run at The Talk of the Town. While preparing for the shows, Garland battles with management, reminisces with friends and adoring fans, and embarks on a whirlwind romance with soon-to-be fifth husband Mickey Deans — all while bravely struggling to overcome intensifying anxiety and physical decline. Featuring some of her best-known songs, the film celebrates the unyielding spirit and matchless talent of “the world’s greatest entertainer.”

Take home Judy and immerse yourself in the world of Judy Garland with a never-before-seen featurette “From the Heart: The Making of Judy,” as well as a gallery of stunning images from the film. 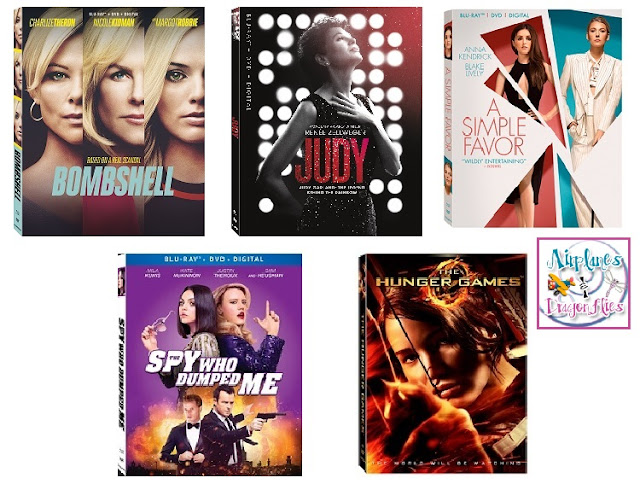 I'm giving away Digital Codes for All 5 Movies, "Bombshell," "JUDY," "A Simple Favor," "The Spy Who Dumbed Me," and "The Hunger Games!"

Enter below using the Giveaway Tools for for a chance to Win ALL of the above digital codes for these five movies!


Disclosure: I will receive the same movie digital codes as you from Lionsgate. No other compensation will be exchanged or received. The information about women's history month is mine and mine alone that I researched online.