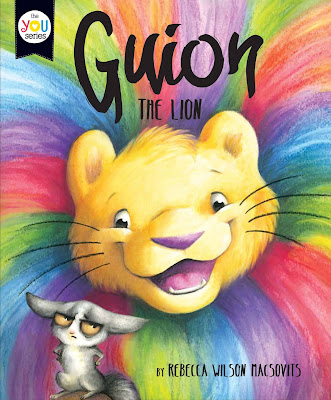 THE NEW GUION THE LION SONG LOOKS TO INSPIRE, ENTERTAIN AND CELEBRATE
THE DIFFERENCES IN CHILDREN
-- AUTHOR OF CHILDREN'S BOOK, GUION THE LION, INTRODUCES NEW SONG AND OFFICIAL LYRIC VIDEO--
In an effort to inspire children and parents across the globe to celebrate and appreciate the differences in all children, is a fun new engaging song titledGuion The Lion, available now on YouTube as well as on Amazon Music, Spotify and iTunes and more than 600 streaming platforms. Also unveiled today is the Guion The Lion Official Lyric Video. The release of this song and video follows the successful launch earlier this summer of the children’s book Guion The Lion, which was written by entrepreneur and author Rebecca Wilson Macsovits.
“This new song, together with the Guion The Lion lyric video are both a superb complement to ourcolorful and compelling story that has been so well received by parents and kids,” says Macsovits, whose personal mission is to find meaningful ways to celebrate the differences in all children, allowing for a greater level of appreciation of these differences and encouraging acceptance.
The song was a family affair as it was composed by Elwood Ervin, Macsovits’ cousin and in collaboration with his writing partner Betsy Walter. The singer of the song is Eliot Morris, also Macsovits’ cousin, and Wilson Young, her niece, who is the inspiration for the Giraffe character in the book.
Macsovits has also garnered the support of world-renowned music and entertainment personality Les Garland to drive distribution across a myriad of platforms and spread the song worldwide. Les, known as ‘Garland,’ has more than four decades of experience and was an executive or co-founder with major networks including MTV and VH1. He has also worked with bold face name artists for most of his career spanning the alphabet from Aretha to ZZ Top.
“I’m ecstatic to collaborate with Rebecca and her team to release the Guion The Lion song and lyric video to millions of people,” Garland notes. “The song is a catchy sing-along for audiences of all ages and just like the book, it evokes a message of togetherness and kindness, which the world needs so much right now,” he adds.
The Denver-based author wrote Guion The Lion to inspire and create conversations about the beauty and significance of being different. While speaking about the inspiration for the new songGuion The Lion she adds, “Music is universal and so is the message from Guion The Lion and connecting the two makes for a more powerful impact. The song is very memorable and absolutely encompasses the message of Guion The Lion.” 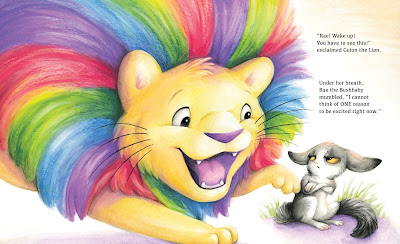 Guion The Lion book follows the adventures of an imaginative little lion who sees things a little differently from his friends and was inspired by her three children including Guion, her oldest son who also happens to have Down syndrome. Full of whimsical delights, discoveries and beautiful watercolor illustrations, this book teaches children that appreciating individual differences and embracing others’ ideas can lead to unimaginable adventures and endless fun.
As Macsovits launches this new song and lyric video, she reflects on how meaningful this experience has been for her personally. “It is extra special with the involvement of my loving family, all of whom have been incredibly supportive of this endeavor. My family, together with Garland, have been terrific in allowing me to expand my vision for Guion The Lion and this song is the first in many additional products and services to be introduced in the future as part of the Guion The Lionuniverse,” she notes.
Guion The Lion the book  is now available for purchase on Amazon as well as www.Guionthelion.com. To learn more visit and follow us on Facebook, Instagram, Pinterest.

My Review and Thoughts:
Cute story. Guion the Lion uses his imagination daily to see dragons, dinosaurs, a mermaid, a carnival at sunset, and more! His friend Rae however, can't see the same things that Guion does at first. Then Rae turns her head like Guion, and begins to see the same things as her friend.

The back of the book includes talking points for parents and teachers. There's also some activities included in the back for families too!

"Change the way you look at things, and the things you look at change." - Dr. Wayne Dyer (on the last page of the book)

I'm giving away ONE physical copy of "Guion the Lion" - Children's Book! Giveaway is open to residents in the main 48 continental United States only, 18 years of age or older. Giveaway will ends on 9/13/2020.