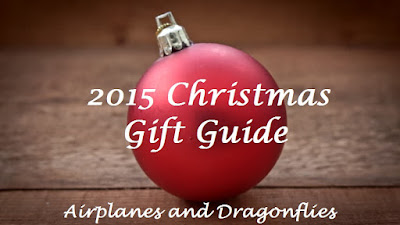 Laurie explains, "I made my first recording, Whaddaya Think Of That? because I wanted families to have a way to listen at home to the songs I was singing with their kids in the classroom, especially the ones I had written, which they wouldn't have know otherwise.  I included traditional songs, too, because I wanted some of the music to be very familiar.  With each consecutive album, my own originals became more and more of what the kids wanted to sing, so I got away from recording the traditional songs I grew up with.  Now, with Laurie Berkner's Favorite Classic Kids' Songs, I'm doing the opposite and exploring many of the songs that were so formative for me and helpful in my early days as a music teacher."

A former preschool teacher by day and indie rocker by night, Laurie Berkner started marketing her music more than fifteen years ago from her living room on her own label, Two Tomatoes Records.  She is now widely recognized as a pioneer in the "kindie" music genre and was crowned "the undisputed queen of kindie rock" by USA Today.  The Wall Street Journal noted, "Her music is distinctive because it speaks to kids without talking down to them, charming youngsters without boring grown-ups."

Laurie was the first artist to ever appear in music videos on Nick Jr. and was featured in nearly all the episodes of the channel's Jack's Big Music Show (now available on the NOGGIN video subscription app). She currently stars in the animated musical short-form series Sing it, Laurie! on the Sprout preschool channel, makes regular appearances on Sprout's Sunny Side Up Show, and is a frequent presence on SiriusXM's Kids Place Live channel. 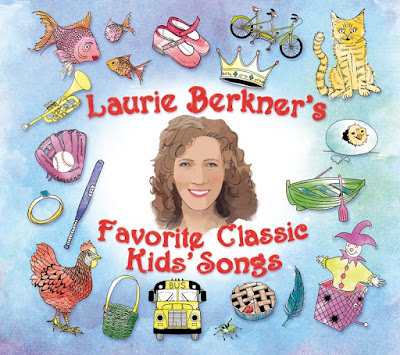 The legendary Laurie Berkner — crowned "the queen of children's music" by People Magazine — released her tenth album on October 23rd. Laurie Berkner's Favorite Classic Kids' Songs will be a two-disc set including 51 well-loved, traditional children's songs, plus six "bonus" tracks of favorite Laurie Berkner originals. This is the only album Laurie has ever created that is comprised almost exclusively of traditional songs.


Says Laurie, “I grew up with many of these songs, and I’m sure parents and grandparents will remember a lot of them from their own childhoods. I’m excited about sharing these classics with kids who may not have heard them before and also introducing my versions of songs that might already be family favorites. In the true folk tradition, I’ve added some of my own lyrics and my own spin to many of these traditional songs. I’ve kept a folk or rock feel for most of the numbers, with a little reggae thrown in here and there for fun!” 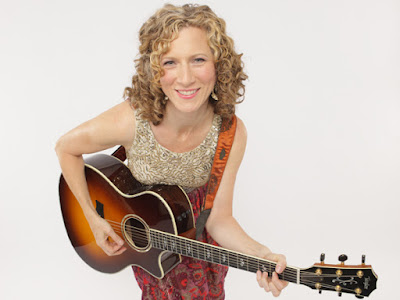 
My Review:
I LOVE Laurie Berkner's Favorite Classic Kids' Songs CD! I too grew up listening to many of these songs! My father loves trains and he taught me "The Little Red Caboose" and "I've Been Working on the Railroad," and more! It's been fun listening to this CD with my three children in the car and teaching them the songs too! Some of the songs are changed up a little bit. To me, they sound a little jazzy and it makes them more fun to listen to. Some of the songs are "Amazing Grace," "The Wheels on the Bus," "Take Me Out to the Ballgame" (which my children loved) and "There's a Hole in the Bucket" (my 6 year old daughter and I were busting up laughing after this song was over!).

Enter below using the Rafflecopter form for a chance to win your own copy of Laurie Berkner's Favorite Classic Kids' Songs on CD! Giveaway is open to residents in All 50 U.S. States & Canada!


Disclosure: I received a copy of Laurie Berkner's Favorite Classic Kids' Songs on CD in exchange for my post. No other compensation was exchanged or received.