CULTURE QUEEN
DEBUTS HER UPLIFTING CHILDREN'S PICTURE BOOK
I LIKE THE ME I SEE!

"Culture Queen is Jessica Hebron, whose multi-layered approach to cultural empowerment sparkles in her 'Culture Kingdom' programs. The world of Culture Queen is open to all, with special resonance for African American families"—Kathy O'Connell, MetroKids magazine

"I Like the Me I See is a rhythmic declaration of self-actualization. It's a celebration of every single thing that we find beautiful about ourselves, from the coils of magnificence on our heads to the unique prints on the soles of our feet. An ode to everything that makes us REGAL."
—Derrick Barnes, award-winning author of Crown: An Ode to the Fresh Cut 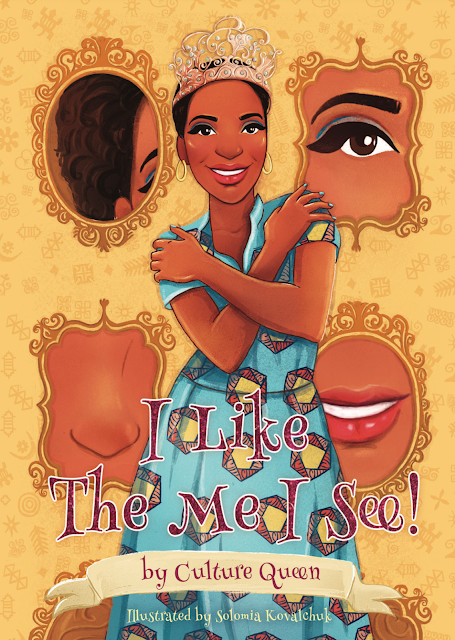 Award-winning performer and teaching artist Culture Queen brings her empowering, one-of-a-kind brand of affirmative entertainment to her first picture book, I Like the Me I See!, set for release on October 15, 2019.

Inspired by the uplifting lyrics of Culture Queen's popular song "I Like the Me I See!" from her album by the same title, the rhythmical text in I Like the Me I See! accompanies vibrant images of Culture Queen and her "royal children" celebrating all the qualities that make them who they are. With a focus on body positivity and self-affirmation, they proudly proclaim their African American cultural identity through phrases packed with meaning: "I like my skin, I feel comfortable within." "Though we're different from one another, I won't compare myself to others." "I like the me I see, so I'll stick to being me."

Solomia Kovalchuk's rich, colorful illustrations were inspired by photos of ten years' worth of real-life interactions between Culture Queen and her "Culture Kingdom Kids" at the classes she has taught and shows she has performed. The background of each page is filled with Adinkra symbols from Ghana, West Africa, a beautiful synthesis of artistic expression and a complete sense of being.

"In anticipation of the 10th year of my company, Culture Kingdom Kids, I wanted this book to be a celebration of all the amazing children I've had the honor to teach and entertain," says Culture Queen. "I started looking through my Facebook photo albums for pictures that best reflected the 'I Like the Me I See!' song lyrics, and that is where I found the perfect ideas for the book's illustrations. These pictures work because they are authentic and genuine illustrations of actual experiences I've had with the children." 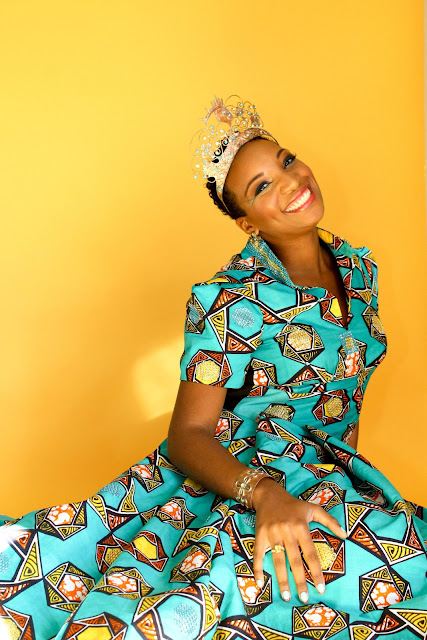 About Culture Queen:
Jessica “Culture Queen” Hebron is an award-winning author, entertainer and educator who holds a Bachelor of Fine Arts in Theatre Education from Virginia Commonwealth University. Since 2010, Jessica has owned and operated her own company, Culture Kingdom Kids, LLC, where she has performed and produced innovative children’s performances, festivals, workshops, and professional development programs for diverse audiences from primary school to Yale University, The Kennedy Center, the Atlas Performing Arts Center, and museums including the Smithsonian’s National Museum of African-American History and Culture, the National Children’s Museum, the Reginald F. Lewis Museum of Maryland African-American History and Culture, the Black History Museum of Virginia, the Prince George’s African American Museum, and Busboys and Poets’ Restaurants. Culture Queen has been honored to be a featured speaker at TEDxRVA and a featured screenwriter on TED-ED ’s animated short film on Malian King Mansa Musa, which to date has received over 4 million views. She released her first children’s music album, I Like the Me I See!, in 2016; and her first picture book with the same title in 2019.

Culture Queen has been featured in media outlets including the nationally syndicated show “NewsOne Now” with Roland Martin, Fox 5, NBC, ABC’s “Good Morning Washington,” 93.9 WKYS, The Washington Post, Billboard Magazine, Baltimore’s Child, Richmond Family Magazine, and Red Tricycle. She was voted “40 Under Forty” by the Prince George’s County Social Innovation Fund, “Alumnus of the Year" Award by the Prince George's County Public Schools' Board of Education, and is the proud recipient of the Africa Access Award for Excellence In Children’s Programming, the Jack and Jill of America, Inc. Community Leadership Award, and the Alpha Kappa Alpha Sorority, Inc. “Women’s History In the Making” Award. In 2019, Culture Queen became the Children’s Cultural Literacy Ambassador-In-Residence for Busboys and Poets.

Watch the I Like the Me I See! video HERE.


My Thoughts and Review:
I love this children's book! It teaches children and adults of all races and colors to love who they are, inside and out! The book rhymes too! There's also an children's album that goes along with the book. We all need to love who we are, and love others too, no matter their race or color. It's how they treat us and how we treat them that matters. This book would be perfect for a lesson for kindergartners, first graders, and even second graders on teaching respect for others who come from different backgrounds and who have different cultures.

Enter below using the Giveaway Tools form for a chance to Win your own copy of "I Like The Me I See" children's book. Giveaway is open to residents who live in the main 48 continental U.S. States, 18 years of age or older. Giveaway ends 10/1/19.

Disclosure: I received a copy of the children's book, "I Like The Me I See" from Waldmania PR in exchange for my post. No other compensation was exchanged or received. The opinions about this book in my review are mine, and mine alone.

Posted by Heather Kelly at 11:39 AM
Labels: airplanes and dragonflies blog, contests, Giveaway, I like the me I see children's book, sweeps